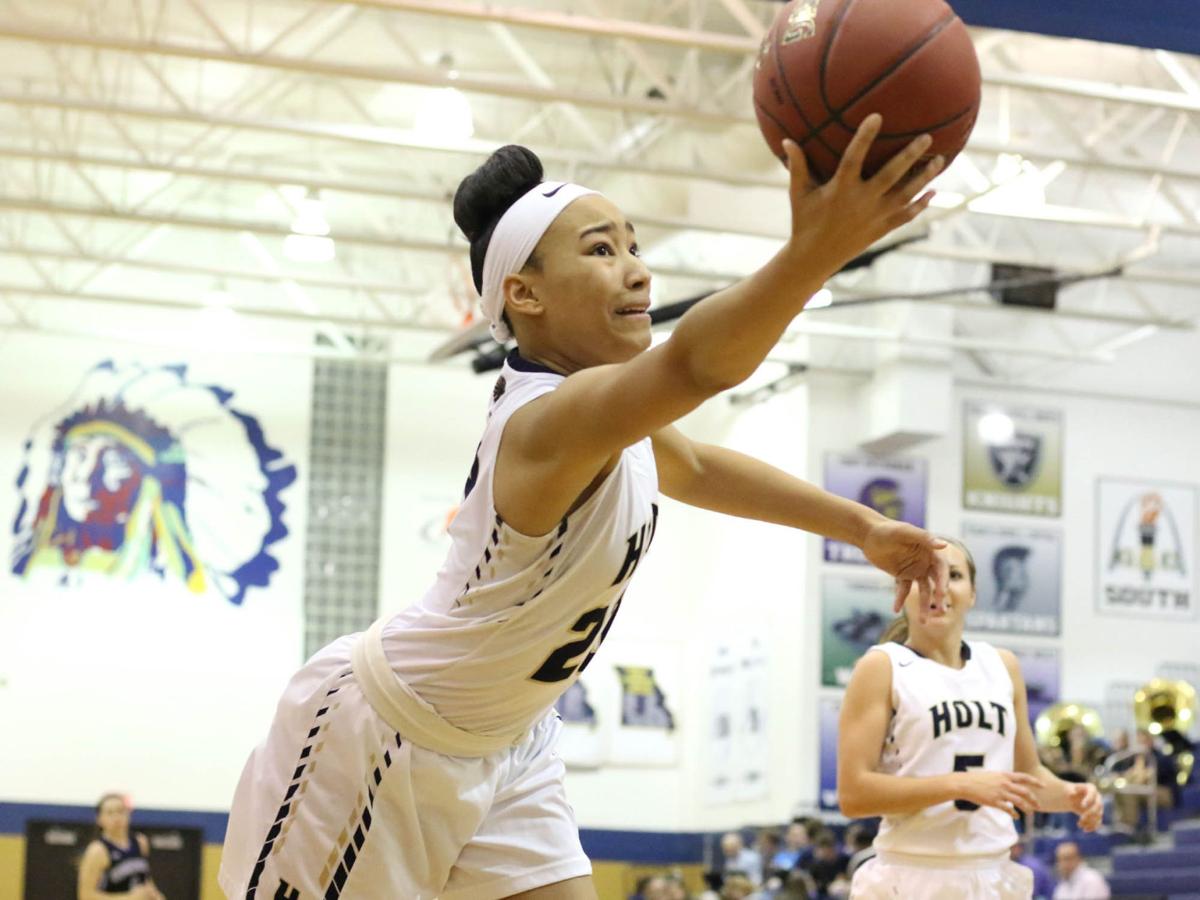 Holt's Jaliyah Green saves the ball in bounds during a game against Washington on Friday, December 8, 2017 at Holt High School in Wentzville, Mo. Paul Kopsky, STLhighschoolsports.com 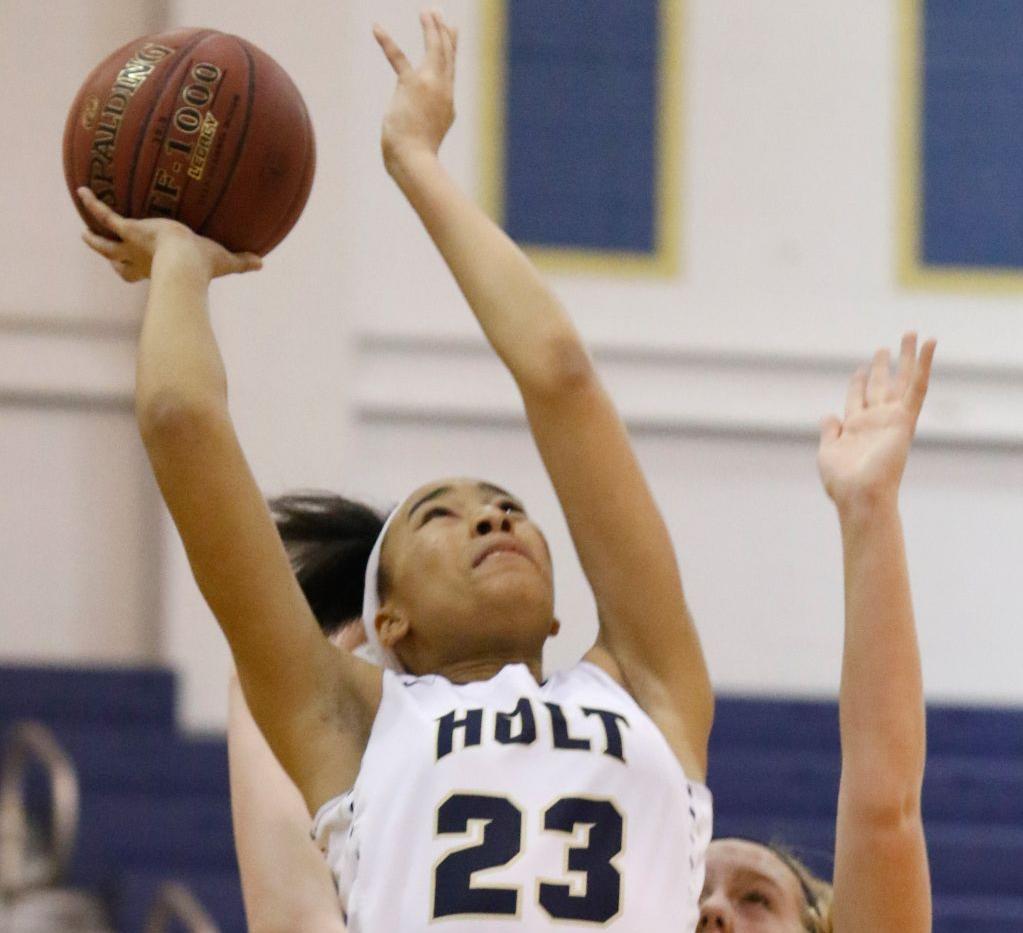 A week after losing in the Run for the Roses title game in Louisville, the Eagles came through with a championship victory in the Nike Tournament of Champions on Friday in Chicago.

“After falling short, it feels good to win,” said Jaliyah Green, who will be a junior at Holt this fall. “The Run for the Roses taught us that we've got to compete in every game. We really felt like we had to play with a chip on our shoulders. This team has a really good bond.”

The Eagles went 4-1 in group play before defeating the Minnesota/Wisconsin Force 43-36 in the title game.

Program director Marvin Hay, who also serves as an assistant coach for head coach John Albert, said his squad came together after a championship game loss the week prior.

“It was a lot of hard work and was a rewarding experience,” Hay said. “We played in the Run for the Roses event and made it to the championship game, but fell short. To reach the goal of winning in Chicago was very rewarding. This was our third major exposure event. They've won a few this summer. And the ones they haven't won, they have been in the final four or in the championship.”

Hay said that the victory was a total-team effort as a new player stepped up seemingly every game. Marshaun Bostic (Gateway STEM), Saniah Tyler (Incarnate Word), Vanessa Polk (John Burroughs), Brooke Highmark (Westminster) and Green each contributed to the title.

“You play five to six games in each different event,” Hay said. “We were fortunate to have different girls step up. Marshaun, Saniah, Jaleah, Vanessa, Brooke … Everybody really played very well and they each stepped up when we needed them to step up.”

Prior to the championship win Friday, the Eagles defeated the New England Crusaders, Tayler Hill Elite, the NY Havoc and the Alabama Southern Stars. The Eagles' lone loss was by one point to the Maryland Belles.

“These are big-time exposure events in front of big crowds and college coaches,” Hay said. “You can't take for granted that you're playing in these events. The girls really seized the opportunity.”

Holt's Jaliyah Green saves the ball in bounds during a game against Washington on Friday, December 8, 2017 at Holt High School in Wentzville, Mo. Paul Kopsky, STLhighschoolsports.com