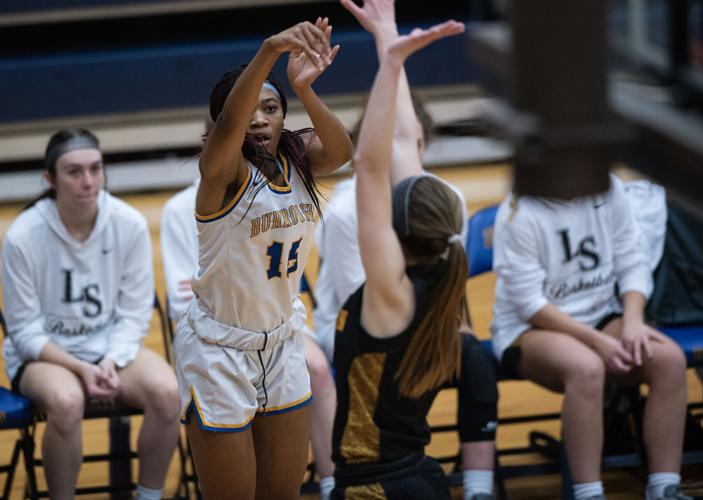 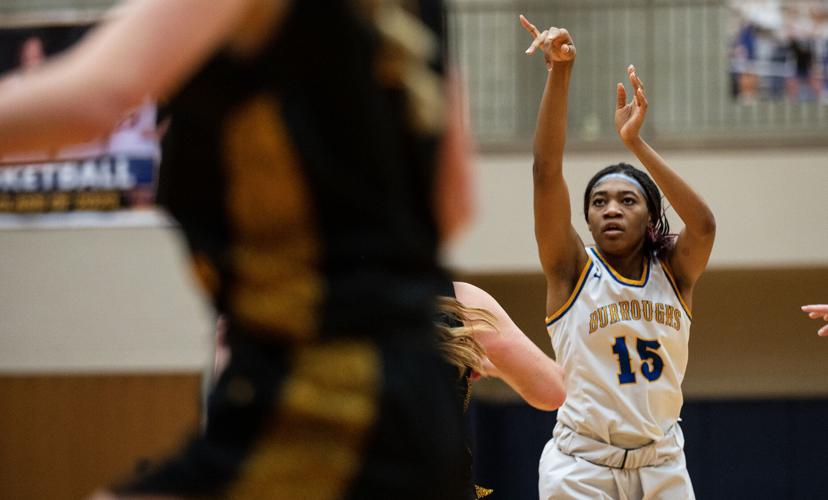 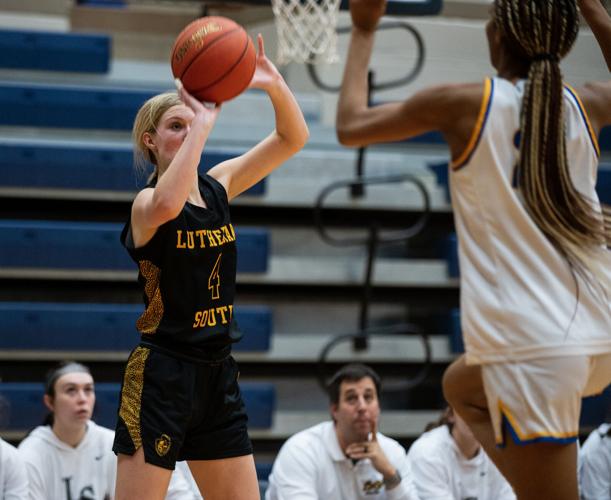 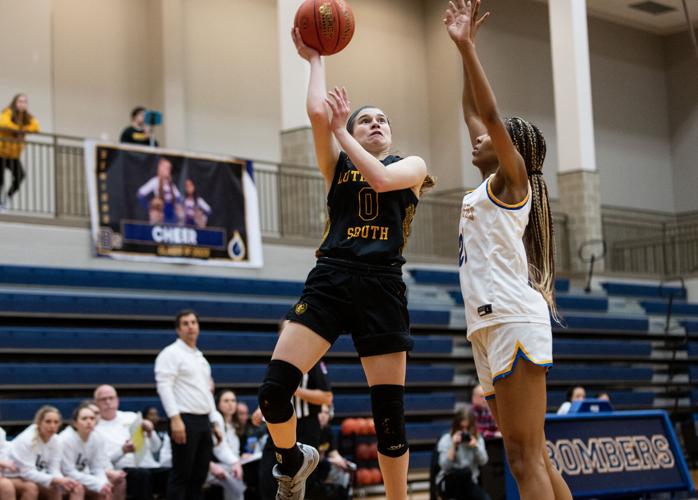 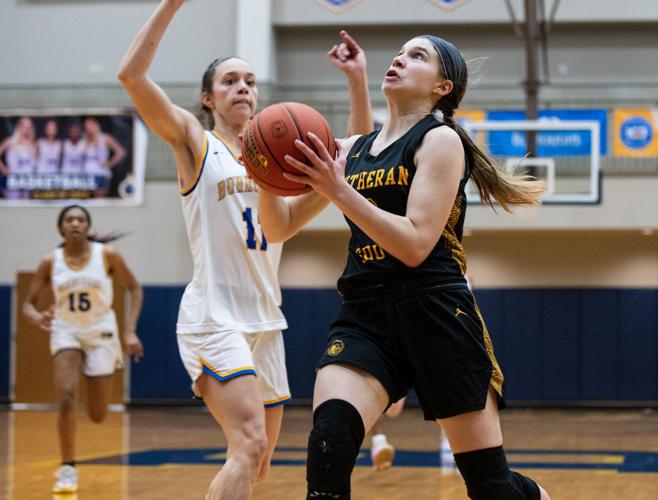 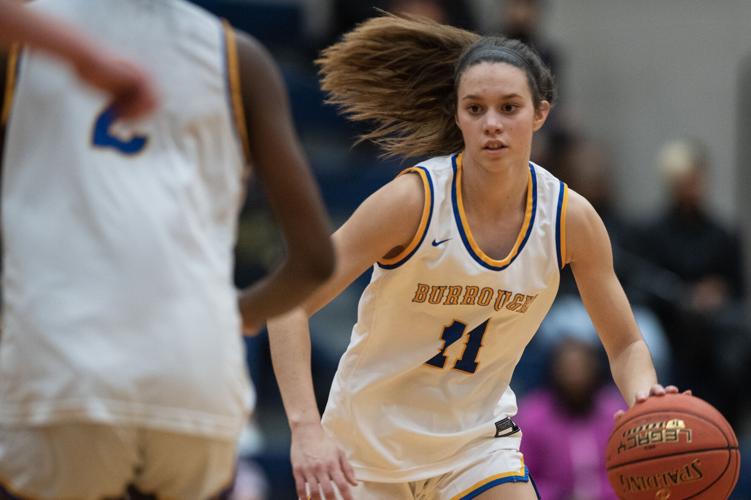 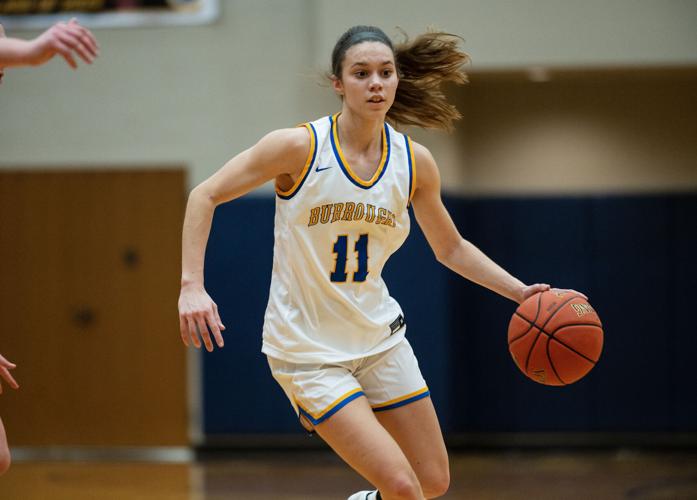 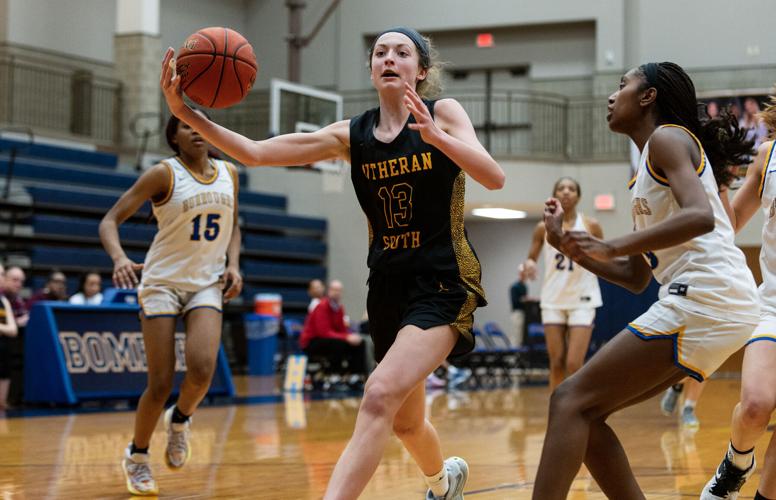 LADUE — John Burroughs junior Monet Witherspoon remembers being impressed by current teammate Allie Turner when the two faced off against each other in fifth grade.

"I didn't know her, but I could see she was real good competitor," Witherspoon said.

"It was always fun to play against her," Turner said.

Those battles on the club and elementary school levels became a thing of the past when the two joined forces in the seventh grade at John Burroughs.

The powerful pair has been virtually stoppable in two-plus seasons in high school.

Witherspoon scored 12 points and Turner added 10 on Friday to lead the Bombers to a 43-28 win over Lutheran South in a Metro League girls basketball showdown.

Burroughs (17-2 overall, 2-0 Metro League), the defending Class 4 state champion, won for the 12th time in the last 13 games. The lone loss was to Incarnate Word Academy, which has won 82 successive games.

The rivals could meet again in the postseason. They are both in the Class 5 District 2 Tournament at Webster Groves in March.

Turner, a 5-foot-8 junior all-state performer, and Witherspoon, 5-8, were in perfect sync Friday. Twice, Turner set up Witherspoon with highlight-reel passes that led to baskets.

Added Witherspoon, "Just comes from playing together for a while."

"We have to go back to the drawing board offensively," South coach Ben Ealick said. "We have to finish some of those gimmes that we missed."

Burroughs bolted out to a 14-2 lead and never looked back.

Five different players scored for the Bombers over the first seven minutes.

Breaunna Ward got the ball rolling with a short jumper just 73 seconds into the contest. Moriyah Douglass, a 6-4 freshman, added a basket from close range before Sydney Starks closed out the blitz with a 5-footer.

South chopped a 14-point deficit to 24-16 early in the third quarter and had two chances to climb to within two possessions.

The Bombers then went on a 15-4 run to put the game away. Turner and Witherspoon did most of the damage with back-to-back 3-pointers in a span of 1:19.

"For us, the big picture is just to get better every time out," Burroughs coach Jacob Yorg said. "We always want to be the best at everything we do, not just basketball."

Junior Celia Thayer hit a 3-pointer in each half for the Bombers, who are 40-6 since the beginning of last season.

"A good team win," Turner said. "Our switching on defense was really good in the second half."

Juniors Ellie Buscher and Savannah Butterfield had 11 points each for South, which held Burroughs scoreless for a stretch of 6:28 in the second half.

"Our defensive effort was good," Ealick said. "It's funny, earlier in the year we were better offensively. I was happy holding them to (43) points. This will help us put together a game plan for districts."

Timberland basketball player Leah Wilmsmeyer's battle and recovery from breast cancer has been an inspiration to her team and opponents alike.

Sacred Heart (16-3) is the two-time defending Kentucky state champion and is ranked No. 12 in the country according to latest ESPN poll.

Panthers capture battle between state-ranked squads before a standing-room-only crowd.

COLUMBIA, Ill. — Sam Lindhorst looked to the floor and shook her head.

Ja'Nyla Bush knew it would be a chilly ride home.

Undefeated Redbirds set program record for victories in a season with 23.

MANCHESTER — Alivia McCulla was not a happy camper.

Mascoutah's Sophia Loden and Waterloo's Norah Gum are two of the top girls basketball players in the area.