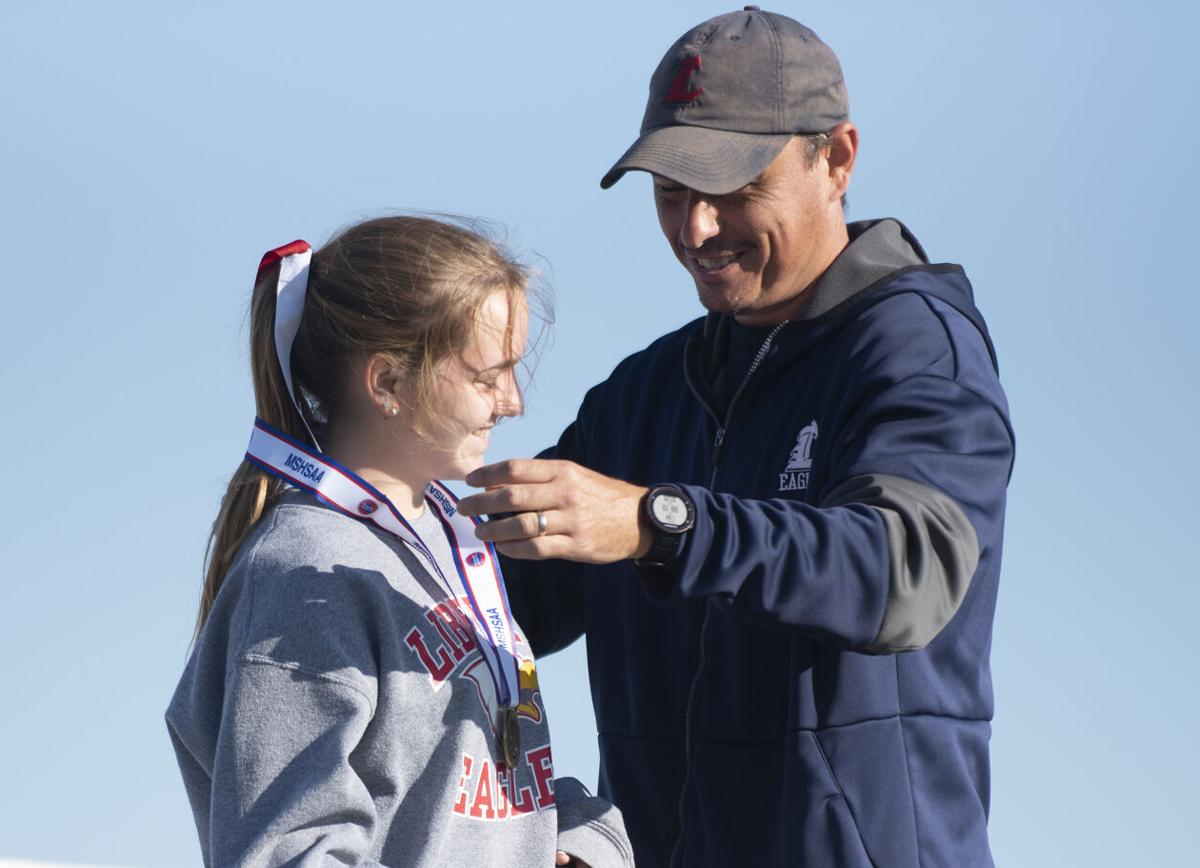 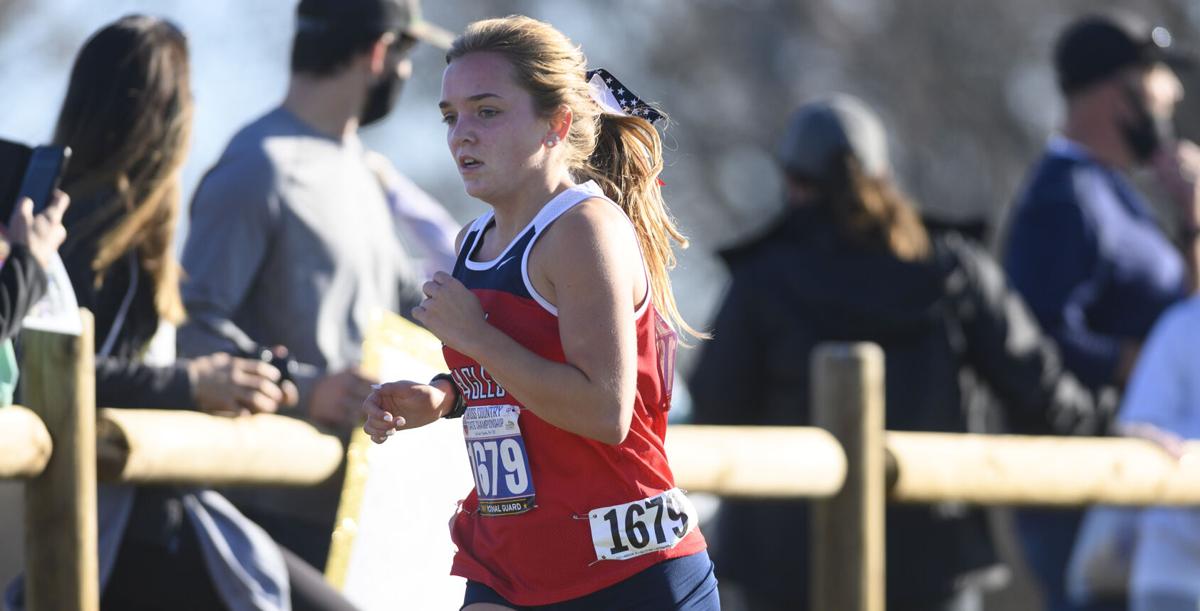 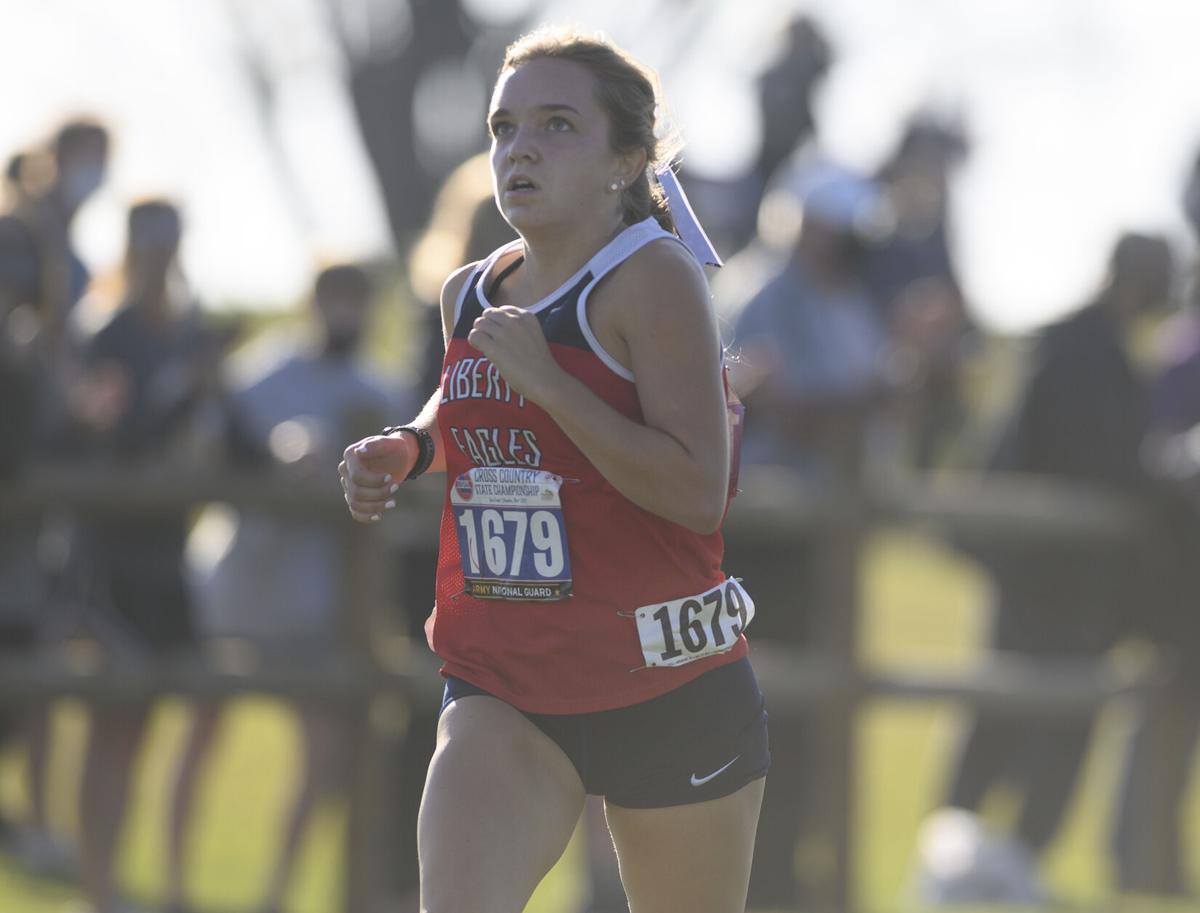 COLUMBIA, Mo. — The thrill of overtaking someone at the end of a race started early for Ally Kruger.

The Liberty junior first felt that excitement in fourth grade and was hooked for life.

"We had a mile at the end of a race and I passed a bunch of kids and I liked that feeling," Kruger said.

That joy was magnified Saturday for Kruger when she soared past a talented field and won the individual Class 5 girls cross country state championship.

She also is the first girls cross country state champion from the Wentzville School District.

"I'm just so happy," Kruger said. "I knew it could be anyone's race. Depending on the day and who shows up and feels good. I'm just happy."

Rock Bridge sophomore Carolyn Ford set the previous course record in 2019 as a freshman with a winning time of 18:08.6 in the Class 4 state meet.

The Missouri High School Activities Association added an additional classification in the offseason, which bumped Kruger and Liberty up to the highest classification.

Kruger's thrill of passing someone on the course started in fourth grade. During a "Girls on the Run" race at Forest Park, she remembers moving past 10 people on the final mile and was hooked on running.

On Saturday, she didn't pass nearly as many people. But she did overtake the defending state champion, Ford, along the way and then Lafayette sophomore Grace Tyson in the final 1,000 meters.

"I was thinking she was going to get away from me, but I decided at the 4K mark, it's the state meet — the last meet of the season — just go for it," Kruger said. "If I don't get it, oh well."

Tyson finished second in 18:10.6 and was the only competitor relatively close to Kruger.

"When we both made the turn is when she got me," Tyson said. "I'm really trying to work on my kick and she has such a great kick. Ally ran a great race. I'm super proud of her."

As Ford and Tyson forged ahead from the outset, Kruger and Ray were in a second lead pack.

When Ford fell off the pace, Kruger moved past Ray and went after Tyson before catching her heading into the final portion of the race.

"(Kruger's) been incredibly mentally tough," Liberty coach Toby Glavin said. "She had a great spring even after track got shutdown. She was still running and I'm going to use this as a talking point to our kids about the offseason."

Kruger also had a score to settle with herself. After finishing eighth as a freshman, she fell back to 21st last season.

She said she put increased focus on watching her diet, getting more sleep and core strength workouts.

Kruger looked primed for a strong state performance when she won the Class 5 District 4 title last week, and she won two other titles earlier this season.

But she hadn't finished ahead of either Tyson or Ray this season and did so in championship style.

"I worked a lot harder than last year," Kruger said. "I just had a lot more confidence in myself."

It is the third championship for Lafayette to go along with titles in 1988 and 2015.

COLUMBIA, Mo. — John Daly knew if someone was going to try to challenge his senior runner in a sprint, they had already lost.