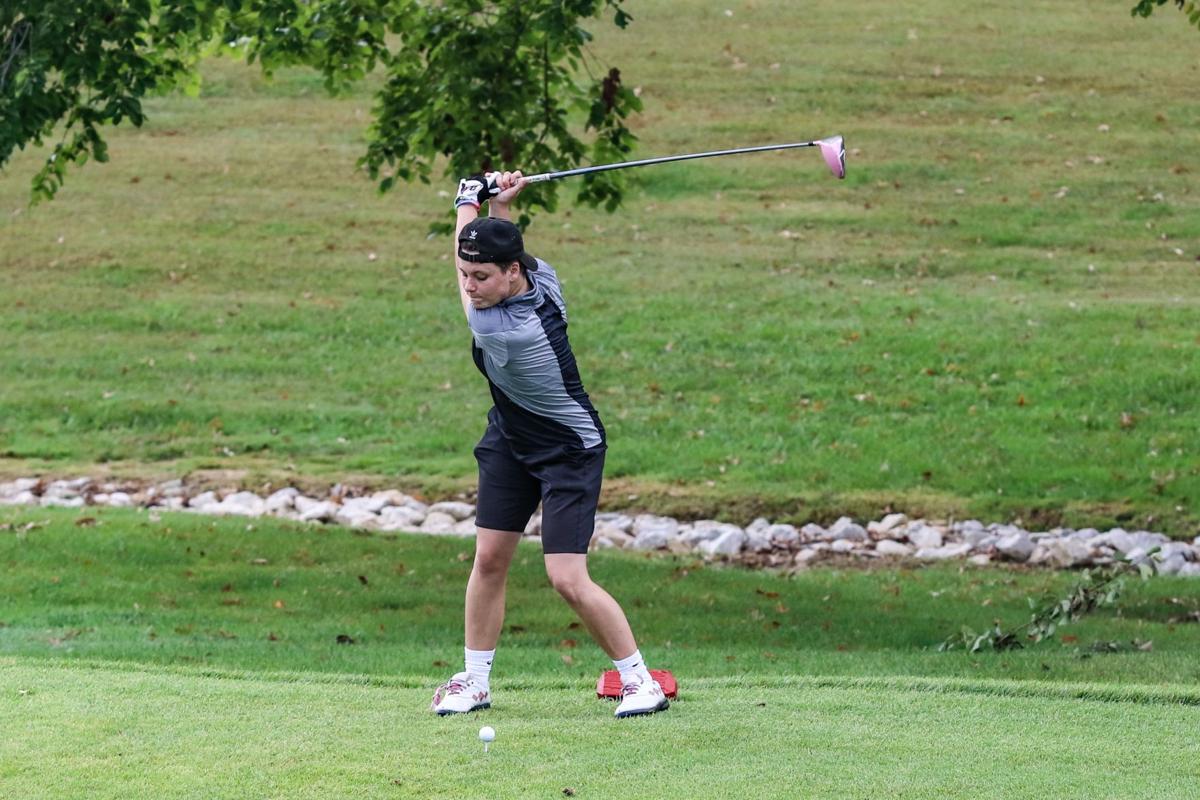 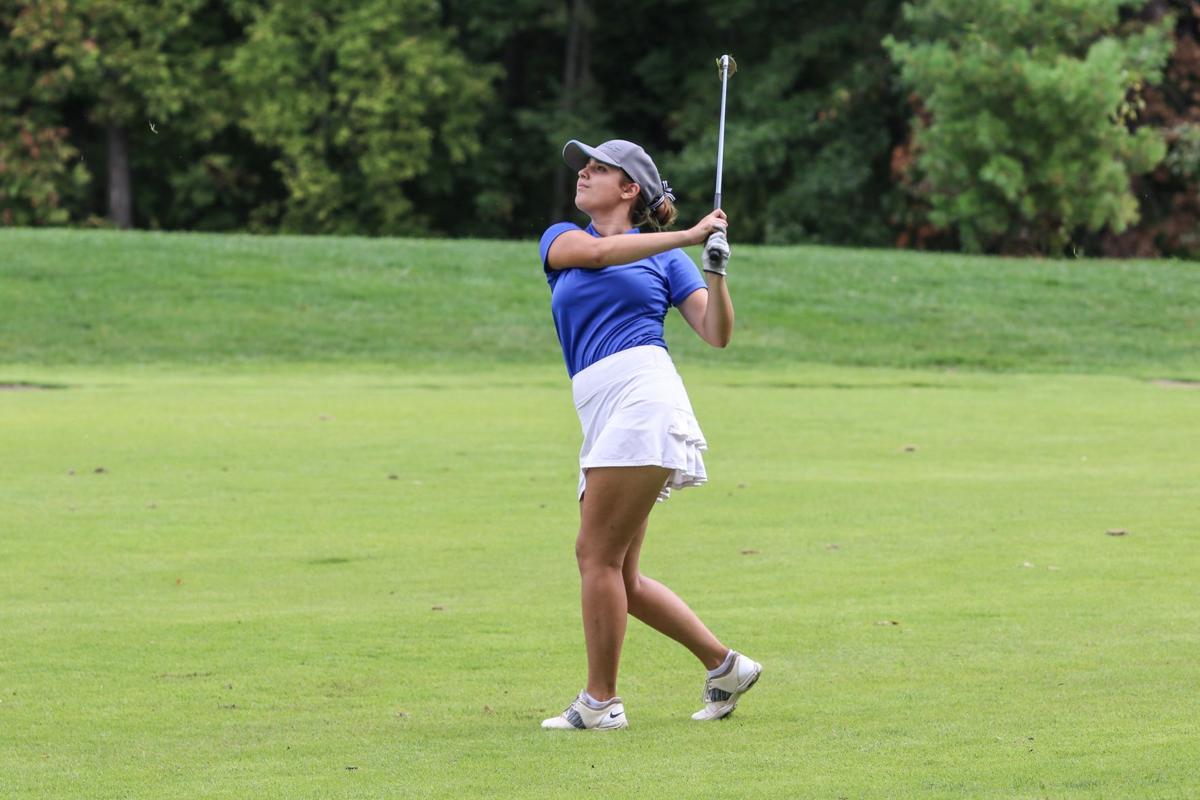 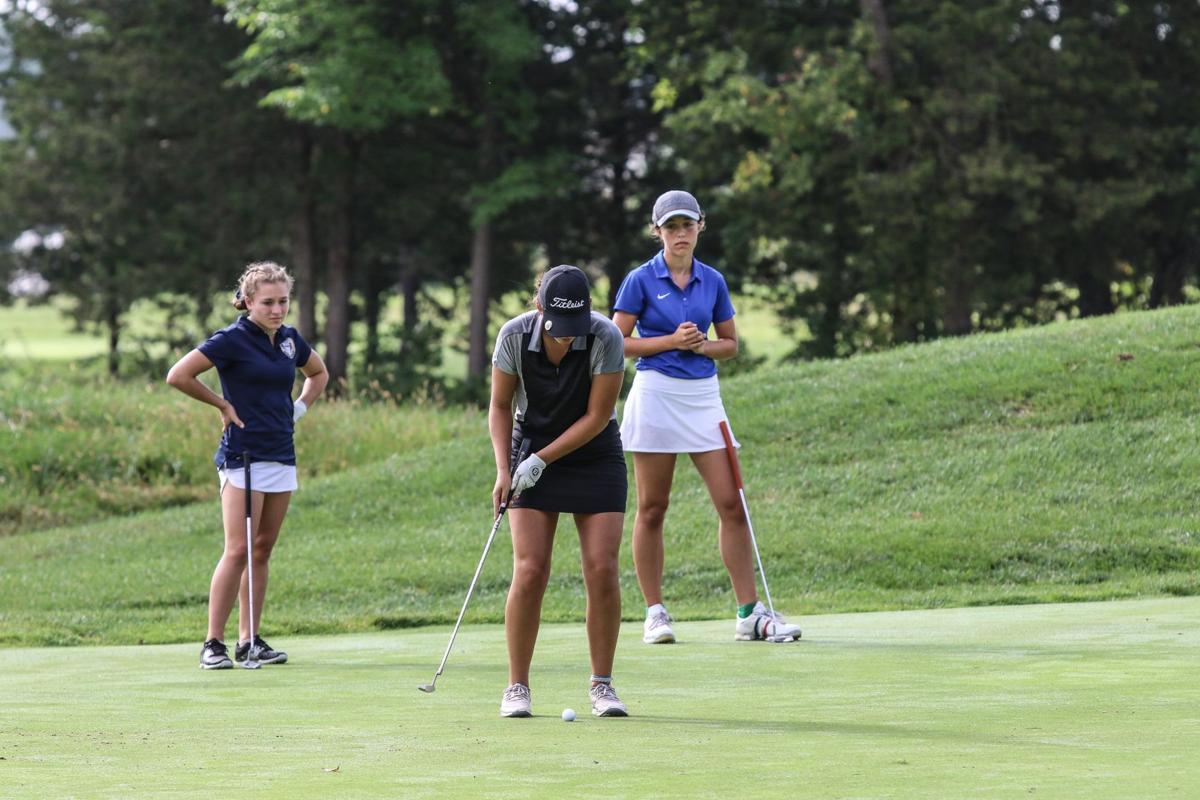 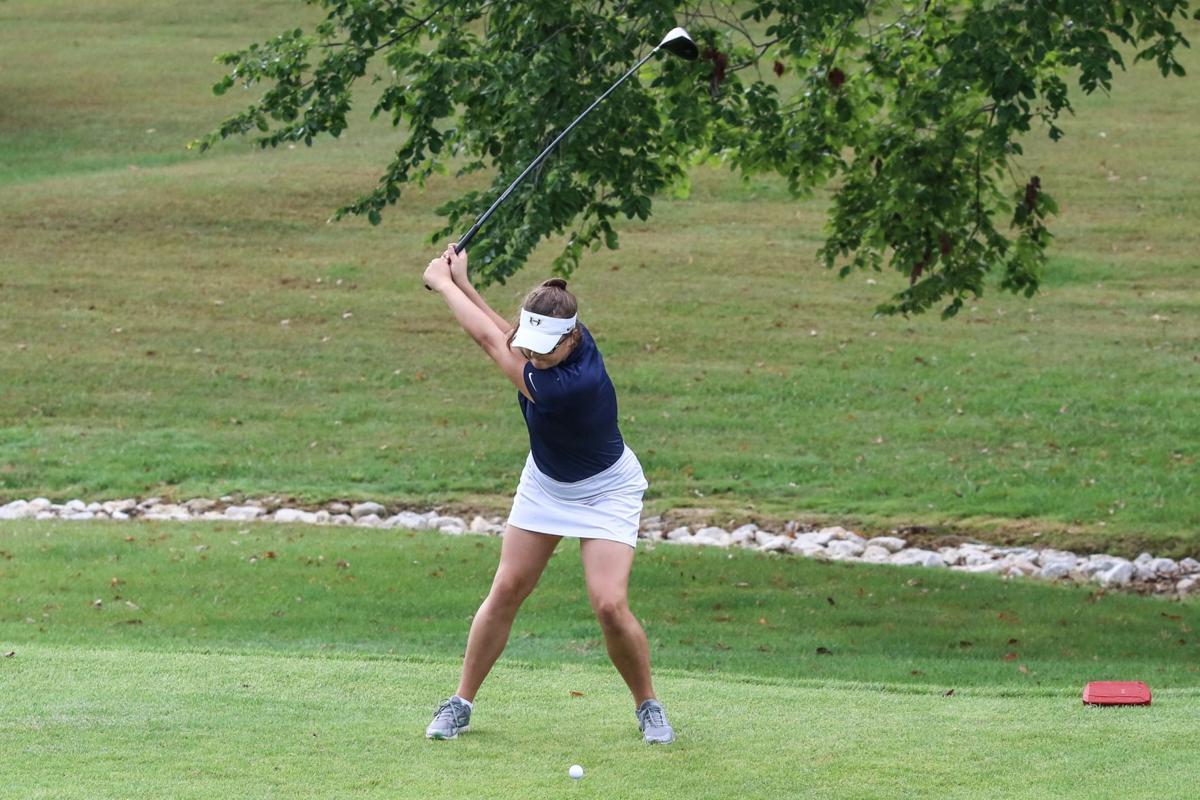 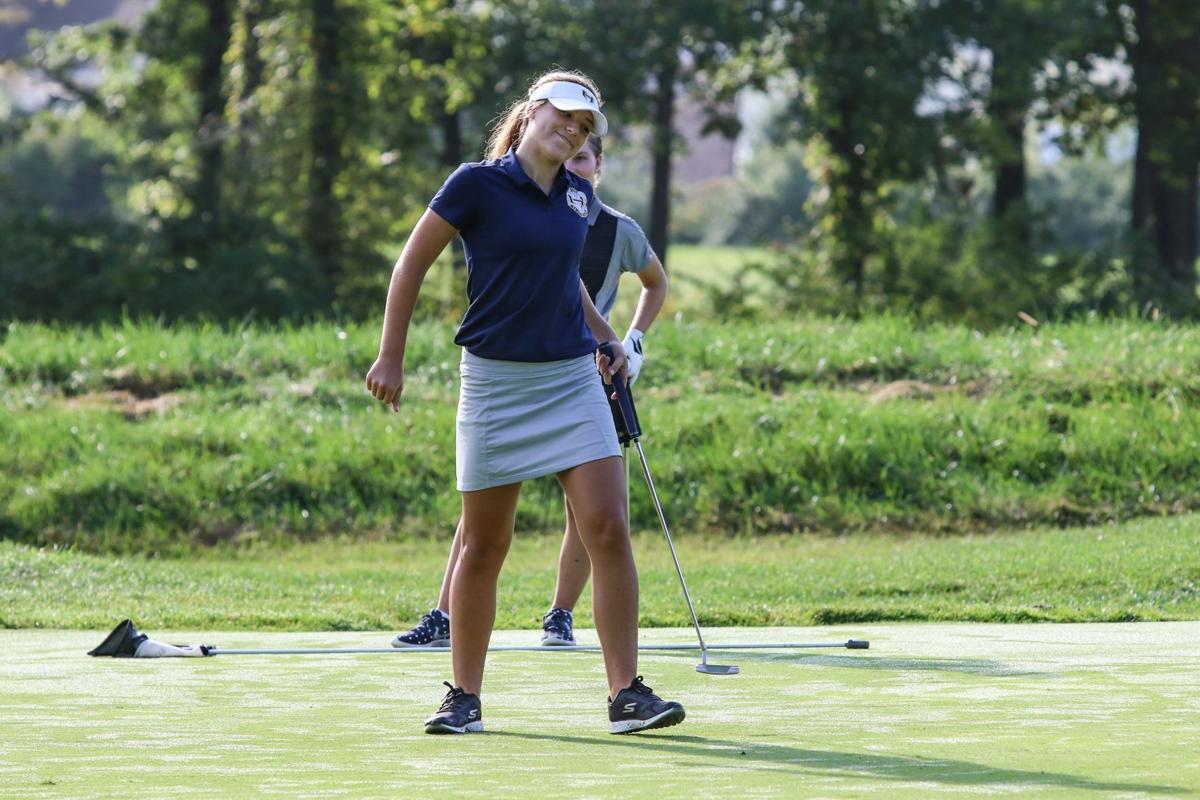 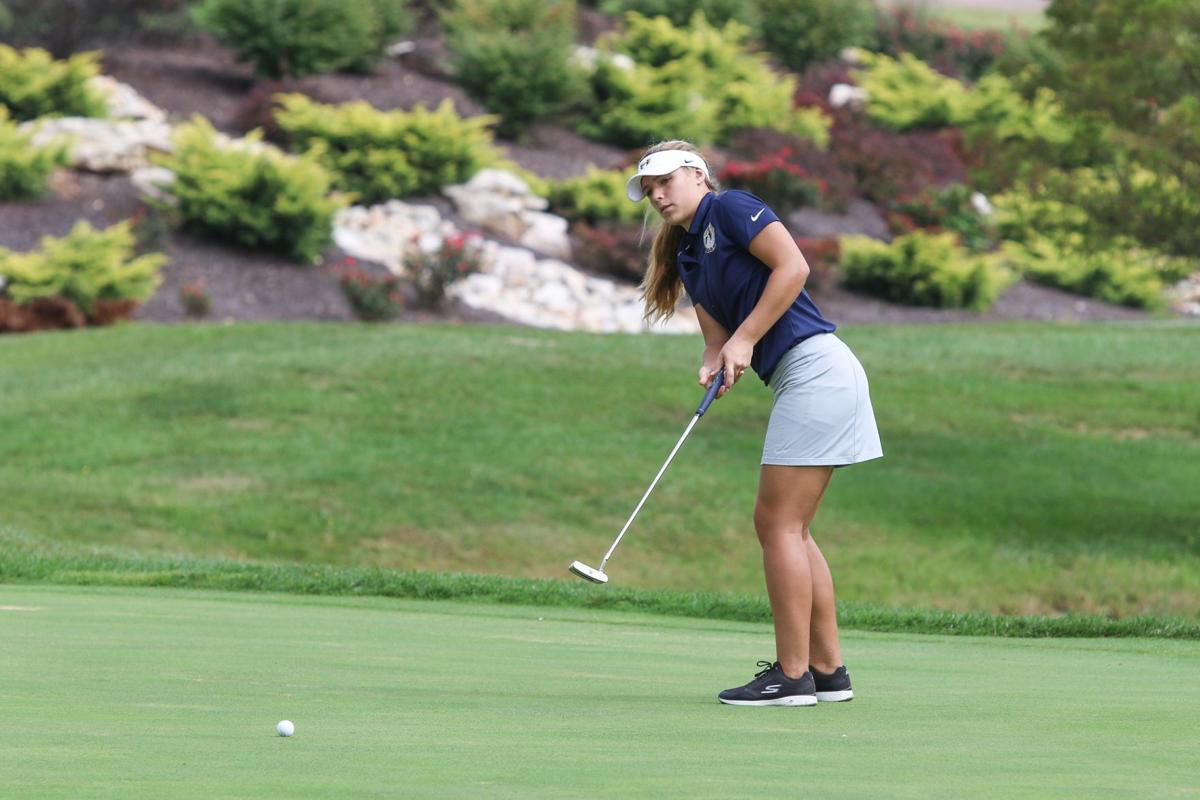 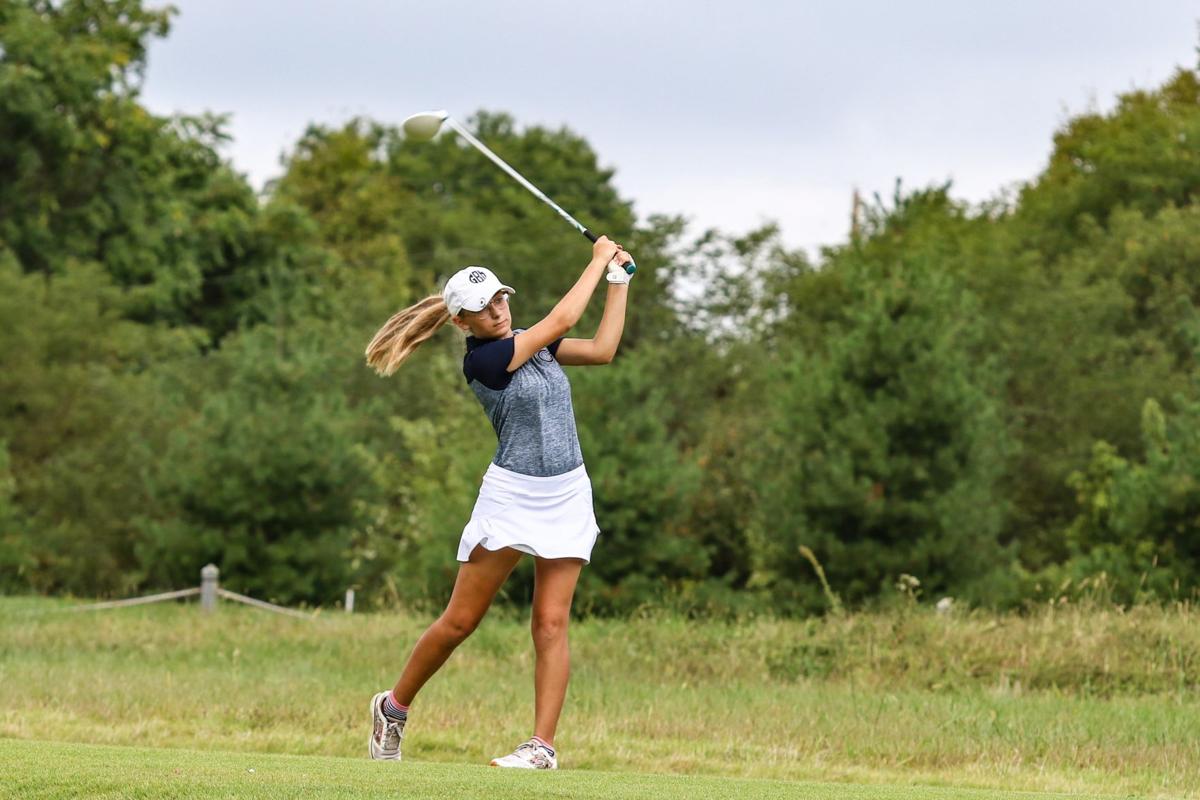 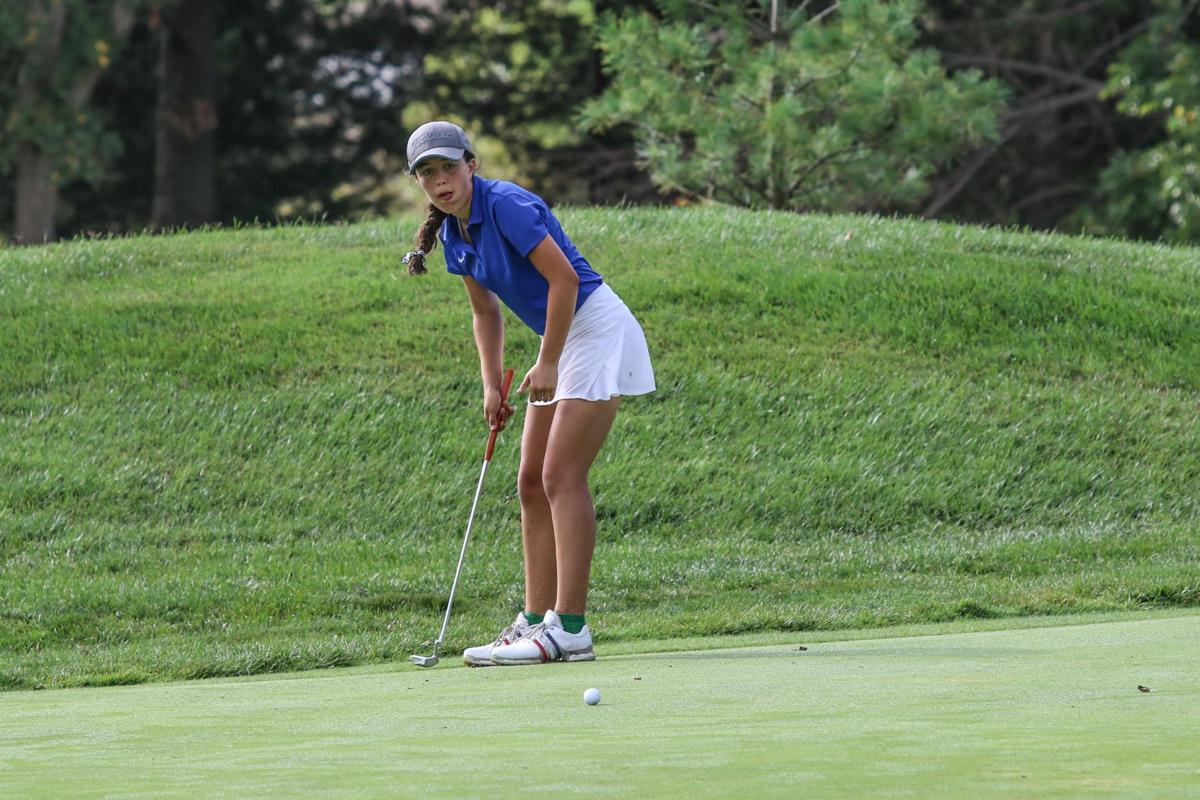 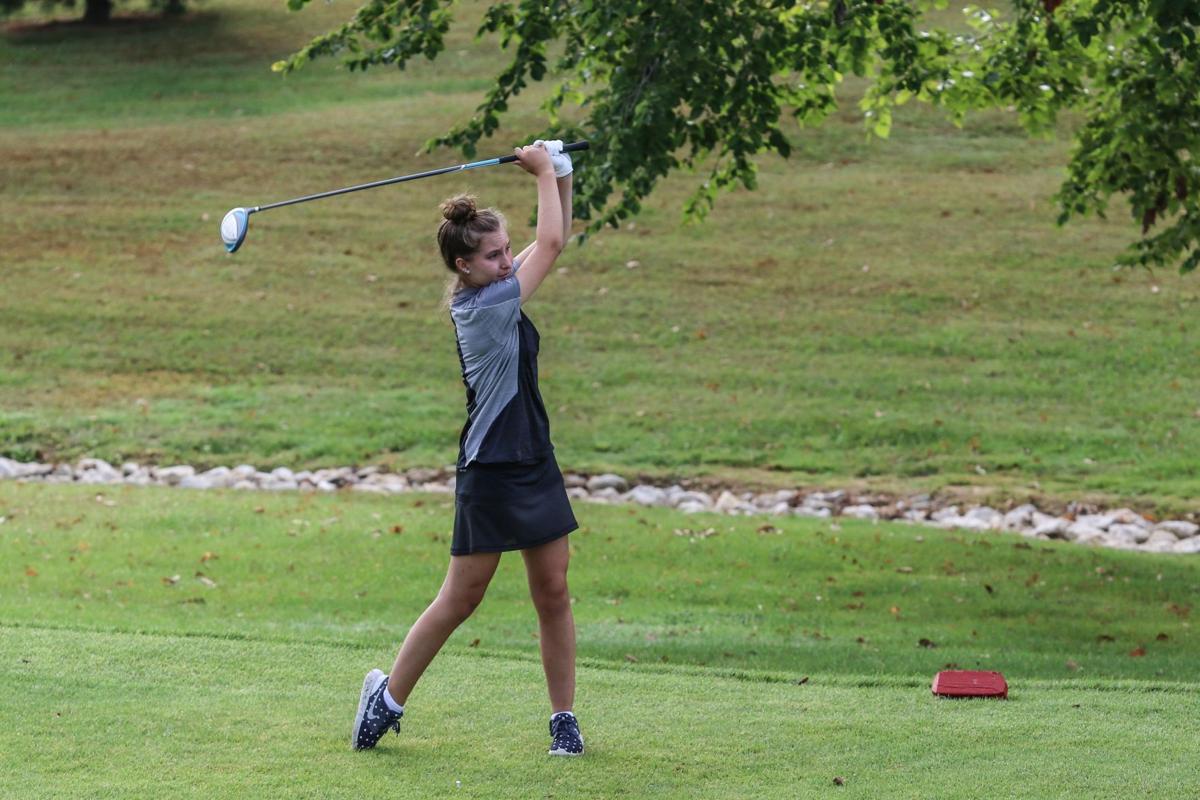 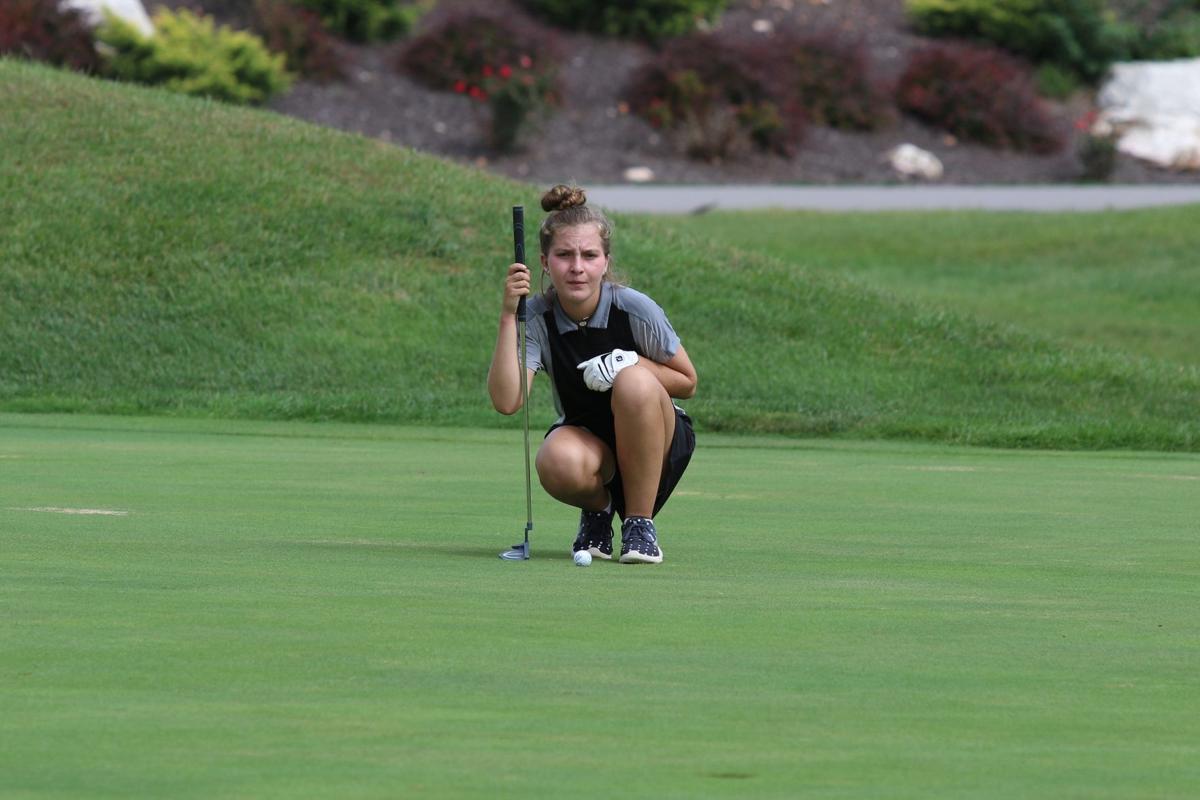 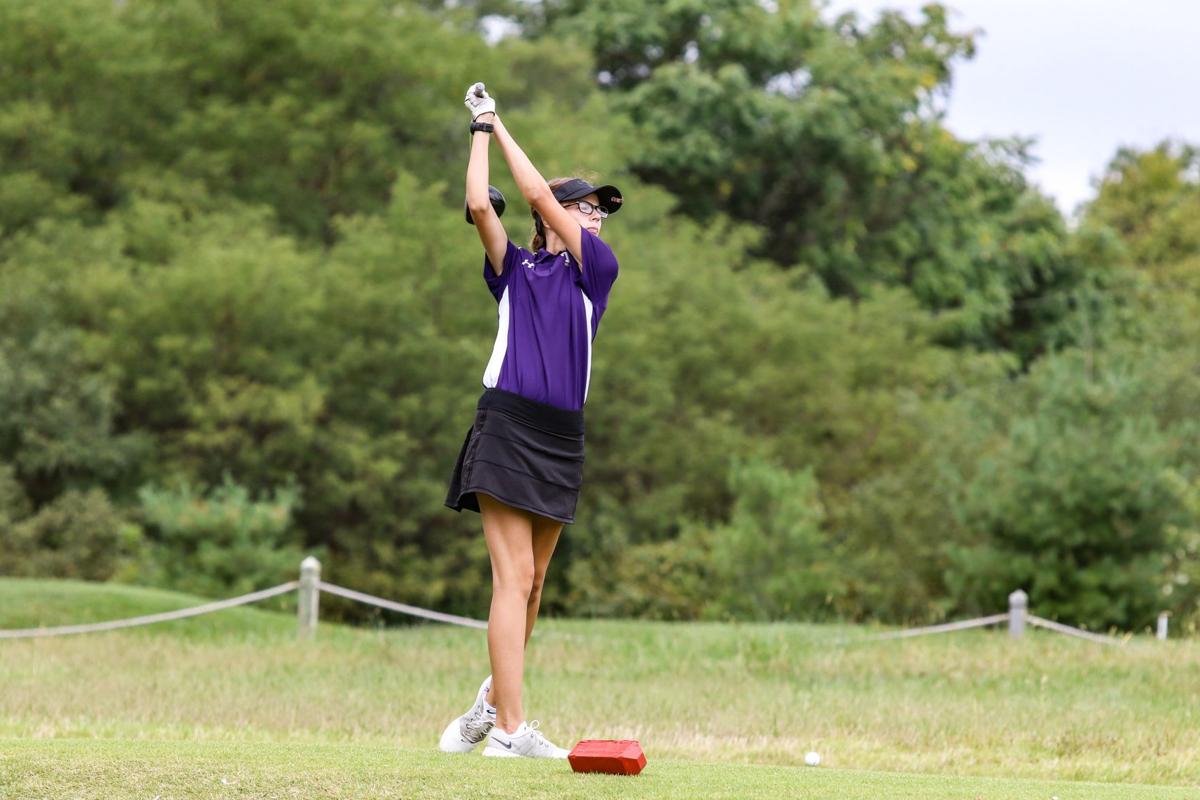 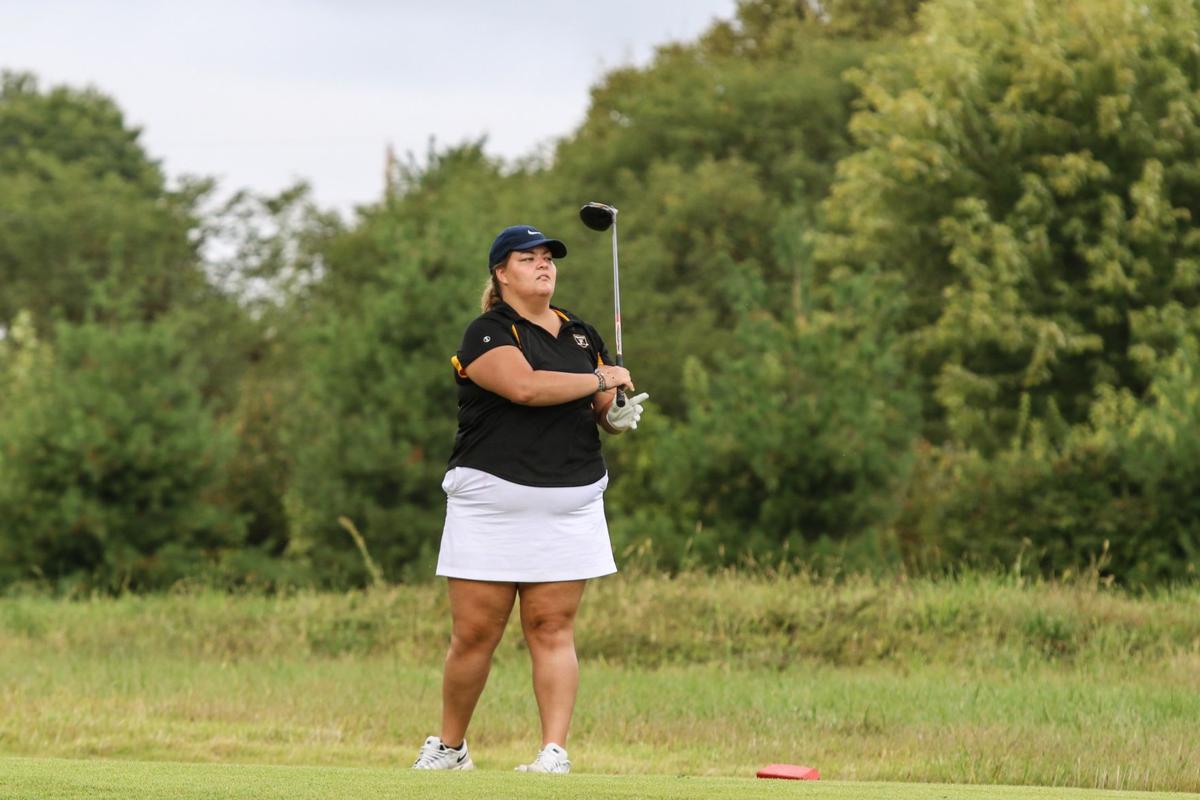 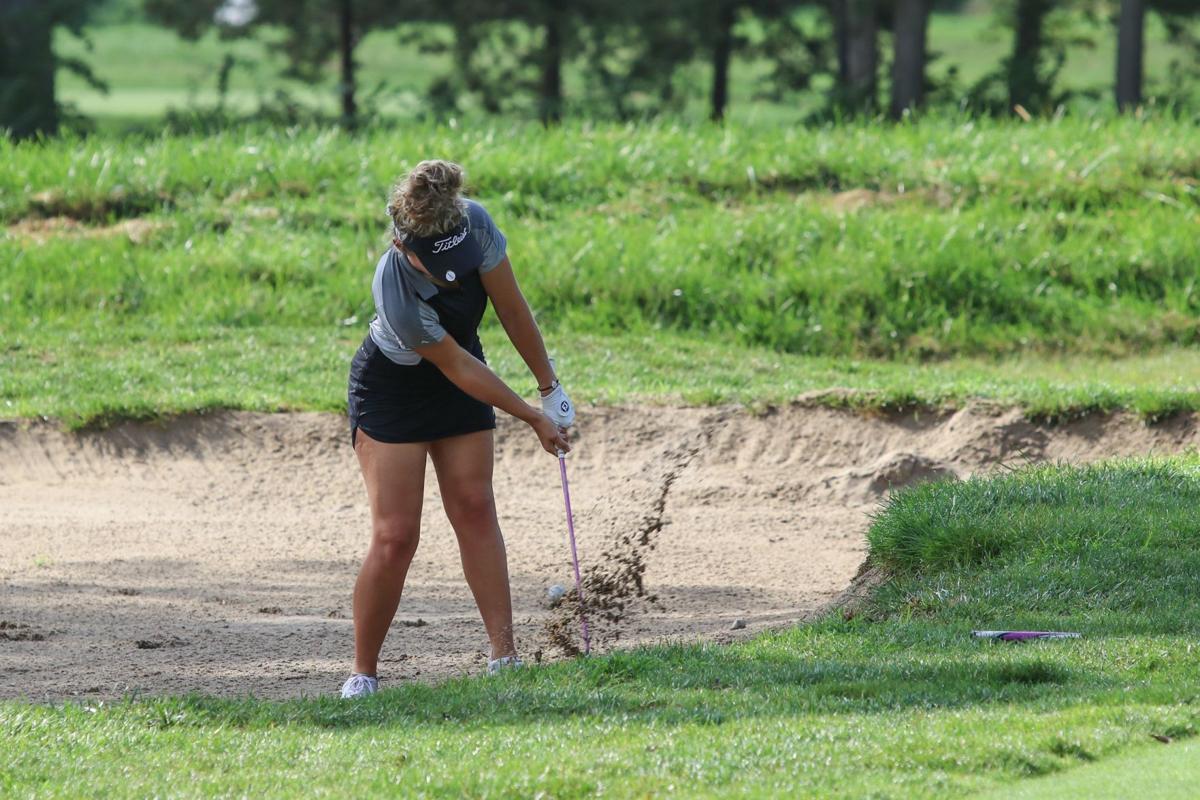 TROY, MO. • Leigha Kelly won the GAC South girls golf championship last year and had an inkling she could do it again this year.

But she also knew she’d have a tough battle on her hands.

“It feels amazing to win it for a second time,” Kelly said. “I won it last year and I was expecting to win this year, but our match that we had was so tight that it came down to that 10th hole.”

Kelly recorded a par-four on No. 10, while Hormuth came away with a bogey. At the time, Hormuth had no idea that one extra stroke in the middle of her round would be the difference.

“Every stroke counts and you never know when it might affect you,” Hormuth said. “We have been neck-and-neck all year. It’s been crazy. We both go to the same swing coach, so playing with her is really fun and it always gives you good competition. You never know what to expect.”

While Hormuth fell short in her quest for the individual title, her performance helped Francis Howell win the team crown for the third straight season. The Vikings shot a 351 to easily outdistance Fort Zumwalt West's 384.

Depth was key for the Vikings, as all five of their golfers finished in the top 10.

“From our No. 5 golfer clear down to our No. 1, they know this course pretty well,” Francis Howell coach Jason Ruth said. “We’ve played the front nine twice this year and the whole thing once and they like playing golf here.”

Those top 10 scores were the only ones in the field under 100 on Tuesday.

“I think it’s because the course is so tough and so tight. That’s what messes up a lot of people,” Kelly said. “And the greens, for sure. The greens were running slower in the morning and faster in the afternoon.”

The greens turned out to be good for Kelly, though, as she felt her putting was the best part of her round.

“My drives weren’t the best. It was my putting mostly,” she said. “My goal was to get past the hole instead of before the hole, so it had a chance to go in.”

Other than a couple of “shanks” she said she hit, Hormuth was pleased with her overall performance.

“My drives were going far and straight and my putting was really good today,” she said. “A lot of one-putts and two-putts and I made two 30-footers. It was fun.”

Ruth had fun watching Kelly and Hormuth go toe-to-toe down the stretch.

“I let Kylee run today without too much guidance and then I caught up with her after nine and found out what she had shot and I knew at that point I had to stick around because she was going to battle it out with Leigha,” he said. “It came down to the last hole and was probably one of the most intense matches I’ve ever seen. Really well-balanced and really hard-fought.”

Kelly and Hormuth will see each other again next week, as the Jaguars and Vikings take part in the Class 2 District 3 tournament on Monday at The Landings at Spirit Golf Course. That district is comprised of all three Francis Howell schools and all four Fort Zumwalt schools, as well as Lafayette, Marquette, Parkway South, Parkway West and St. Dominic.

“Obviously, we have the momentum and we have the confidence,” Ruth said. “The same five girls are going. They had a practice round yesterday at The Landings, so they got to see the course and take a look at it. They feel confident with it and I think if they can carry just the mental game they had today — plus some of the swings they had — in to Monday, it should be a hard-fought battle for us with some of the teams we saw here today and then a few in the Parkway and Rockwood districts.”