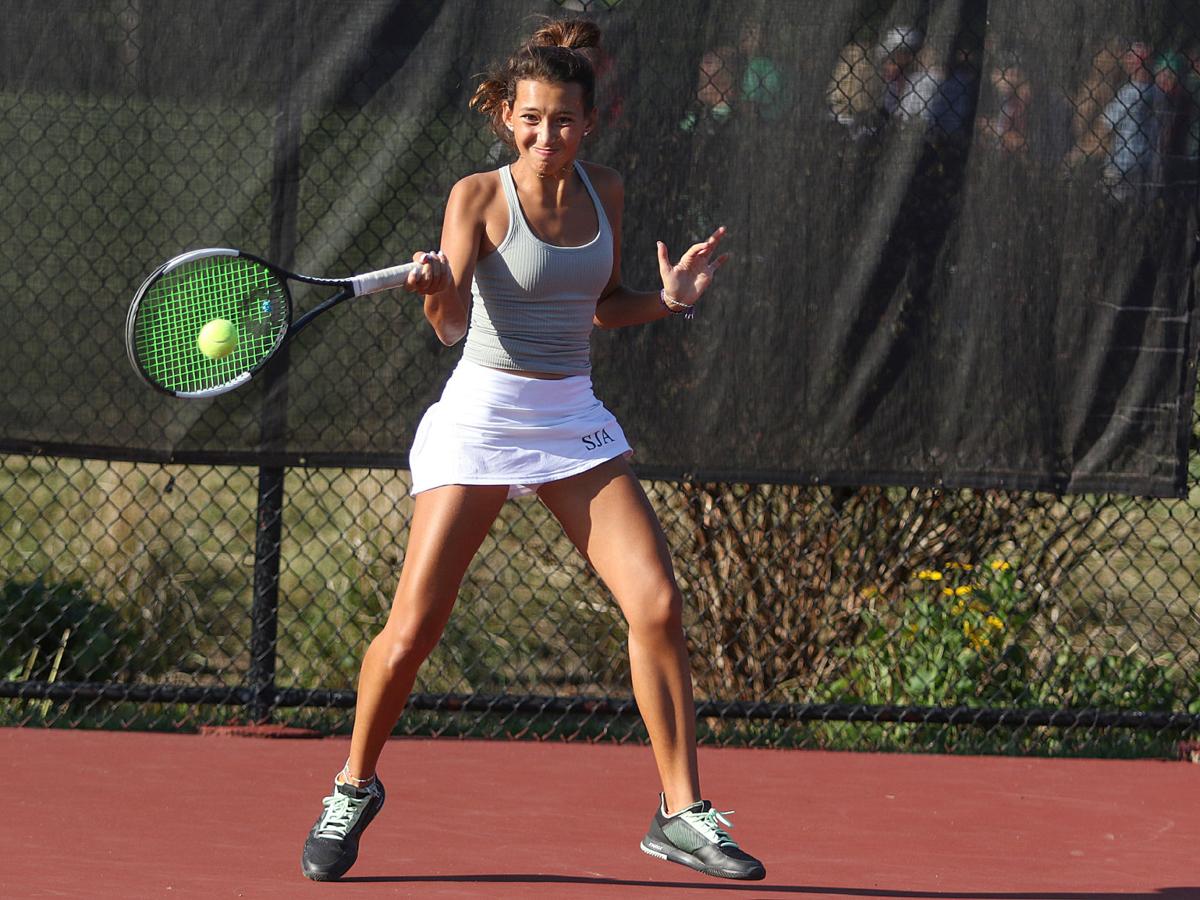 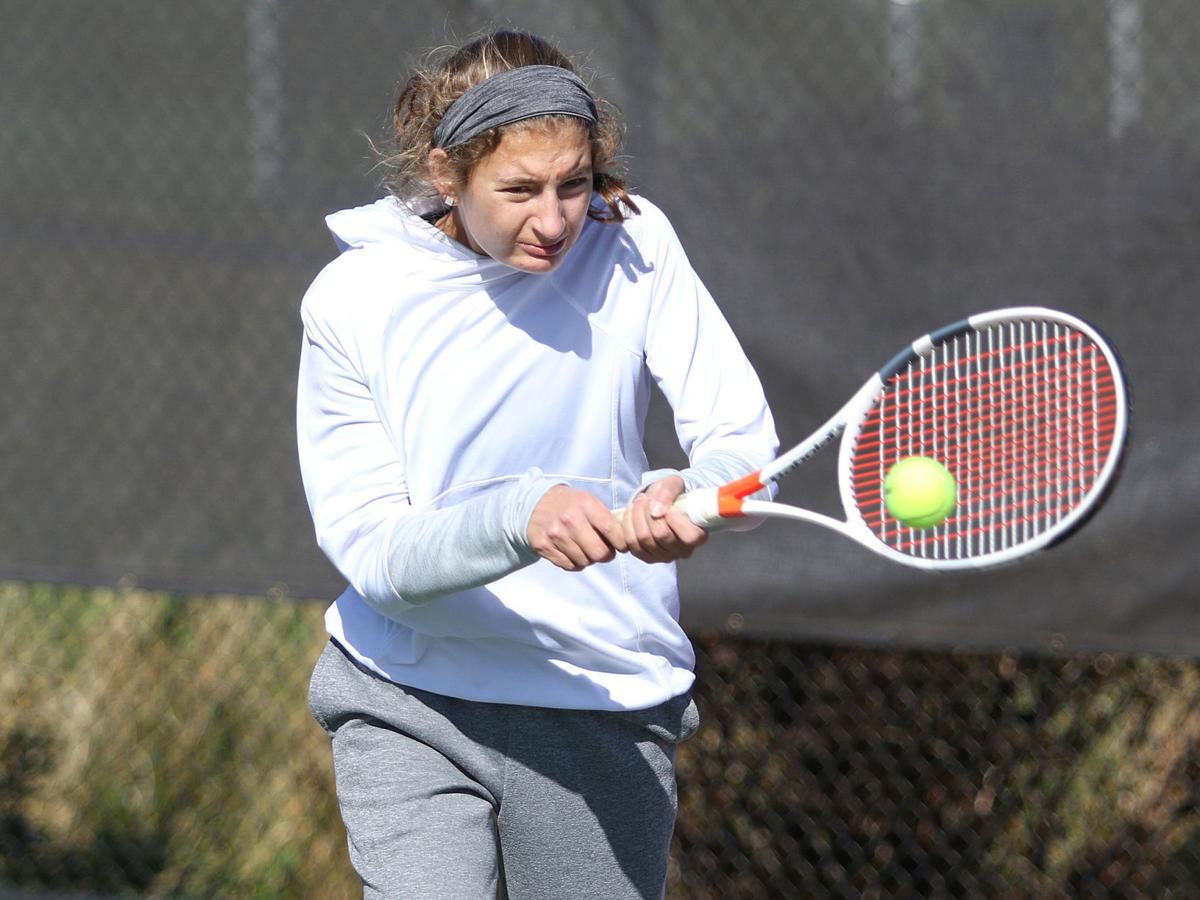 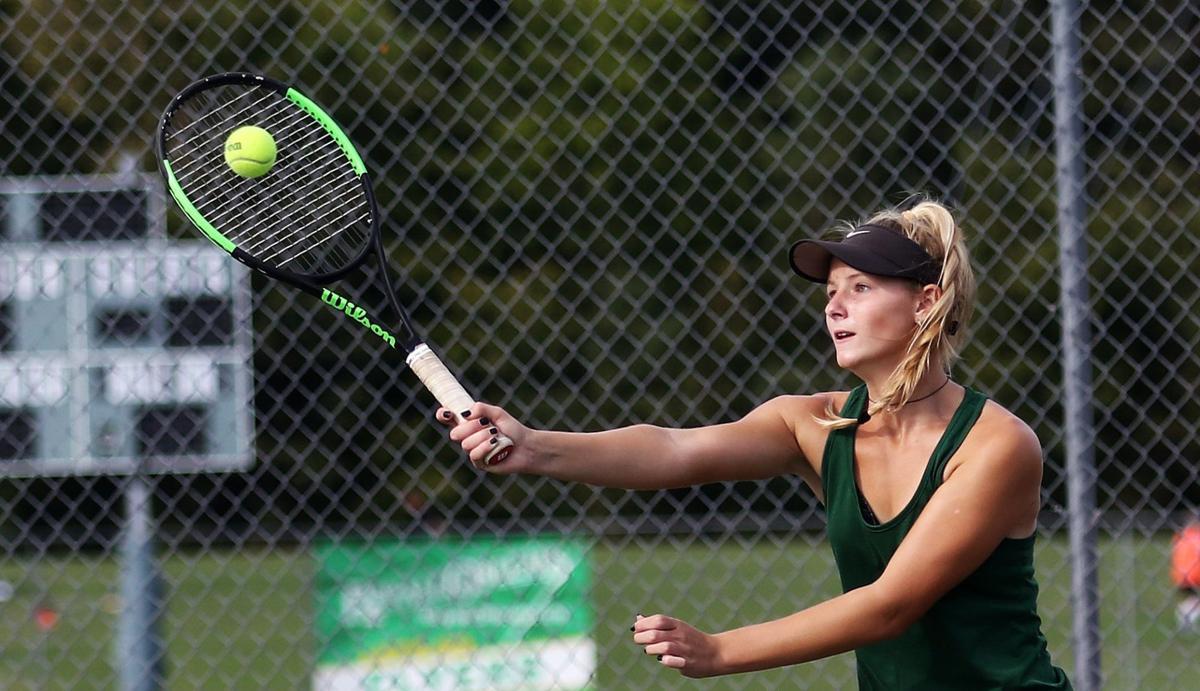 But Gaines finished the match in style, winning the final five games in a 7-6 (0), 6-3 match which was of state championship caliber.

“I had many opportunities to finish games, but she fought hard and didn't give up,” Gaines said.

“Fortunately, I was able to close at the end.”

Gaines certainly will battle tested going into her first state tournament. She defeated Lafayette senior Erin Davis of Lafayette on Saturday in a district semifinal before ousting Rosenberger.

Davis and Rosenberger each have been to state and medaled twice.

"I thought (Monday) was a classic offense versus defense match," St. Joseph's coach Doug Smith said. "Dani has an excellent offensive game and Abby is equal on defense. It is just a crying shame that both of those girls cannot compete in Springfield. Dani has all the tools to take out a lot of players at state but won't get the chance."

The first set was a roller coaster. Gaines seemed in control with a 5-4, 40-0 lead before Rosenberger rallied to win three games in a row to go up 6-5.

Gaines forced a tiebreaker and won it without dropping a point.

"For some reason I was very relaxed during the tiebreaker which is usually not the case," Gaines said. "I just told myself to focus on every point and keep the ball in play."

Often times in high school matches, the winner of a first set tiebreaker continues the momentum and cruises to a second set win.

That was not the case Monday as Rosenberger had leads of 2-0 and 3-1 in the second set. But Gaines won a long deuce game to get to within 3-2 and didn’t drop another game.

"That was the crucial game of the match," Smith said. "If Dani had gone up 4-1 it might have been a whole different ball game."

Gaines will be joined by a pair of doubles teams from St. Joseph’s in Springfield.

Defending Class 2 champions Ellie Choate and Lexie Woodman did not lose a game in beating Meghan Bryan and Caroline Stuckey of Nerinx Hall.

"I came off a pretty good summer and was excited going into the season," said Ferguson, who finished fourth in singles as a freshman last year and only has one loss this season in singles. "I am really excited now. I played my game today and I think I am both mentally and physically ready for next week. I would love to do better than I did last year."