What a difference a year made for John Burroughs senior tennis player Nina Zhu.

Last year, Zhu stayed on the court at St. Joseph's Academy for almost an hour after losing the deciding match at No. 5 singles to Shannon Sims in what turned out to be the only loss of the season for the Class 1 champion Bombers.

As fate would have it, Zhu once again played in the deciding match Tuesday at St. Joseph's, this time at No. 4 singles in another high drama match with daylight fading.

This time, Zhu pulled out a three-set victory against Morgan McKinnis by winning the deciding third-set super tiebreak by a 10-8 score. That gave John Burroughs a 5-4 team victory.

"Last year people were massaging my legs for an hour," Zhu said. "I had a long, tough match with Shannon and I was cramping like crazy on every single point. That was the most painful experience of my life."

Zhu was in no pain Tuesday as her teammates came out to celebrate a huge season-opening victory over the defending Class 2 team champions.

"It feels really good, although I did not realize my match was the deciding one," Zhu said. "This is my senior year and I just want to go out and enjoy every match I play."

Both teams got back on the court this week after a decision last week by St. Louis County Executive Sam Page allowed high school girls tennis teams to resume competition against other opponents.

The Bombers had no margin for error as the Angels had a 4-3 lead with two matches on adjacent courts going into the super tie-breaker, which was used for the third set.

"That's what makes this so sweet," Bombers coach Lindsay Carlile said of Zhu's win. "She lost the deciding match last year and came back to win the deciding match this year. That shows the growth in her game. St. Joe's is always a super opponent. You get a test from top to bottom."

John Burroughs took a 2-1 lead after doubles with wins at No. 2 from Ainsley Heidbreder and Zhu and at No. 3 from freshmen Eva Kasal and Megan Liu.

St. Joseph's had an impressive win at No. 1 doubles as Abby Gaines and Choate defeated Lily Walther and Madala 8-2.

Gaines was spectacular in winning at No. 1 singles over defending Class 1 singles champion Walther, 6-4, 6-1. Gaines jumped out to a 3-0 lead in the first set and kept the advantage the rest of the way. Walther won the first game of the second set before Gaines closed it out in style by winning the last six games.

"I kind of surprised myself," Gaines said. "I knew I had a challenge playing Lily. I just tried to keep in as many balls as I could. I didn't think I would play that well. Winning in both singles and doubles is a big confidence booster to start the season."

Heidi Gaertner and Megan Nguyen had the other Angels singles wins. Gaertner won in a third set super tiebreaker at No. 5 singles while Nguyen won in straight sets at No. 6.

"It was a tough start to 2020 for me," Heidbreder said. "I had wrist surgery in January and then was diagnosed with juvenile idiopathic arthritis. I missed a lot of time and it just feels good to be out there playing again. I came out of the gate rusty and nervous. But I've been in that position before and I was happy with the way I came back."

The “queen of the tiebreaker” was at it again Saturday.

WENTZVILLE — The Votruba sisters from Timberland all stayed unbeaten for the season in singles. 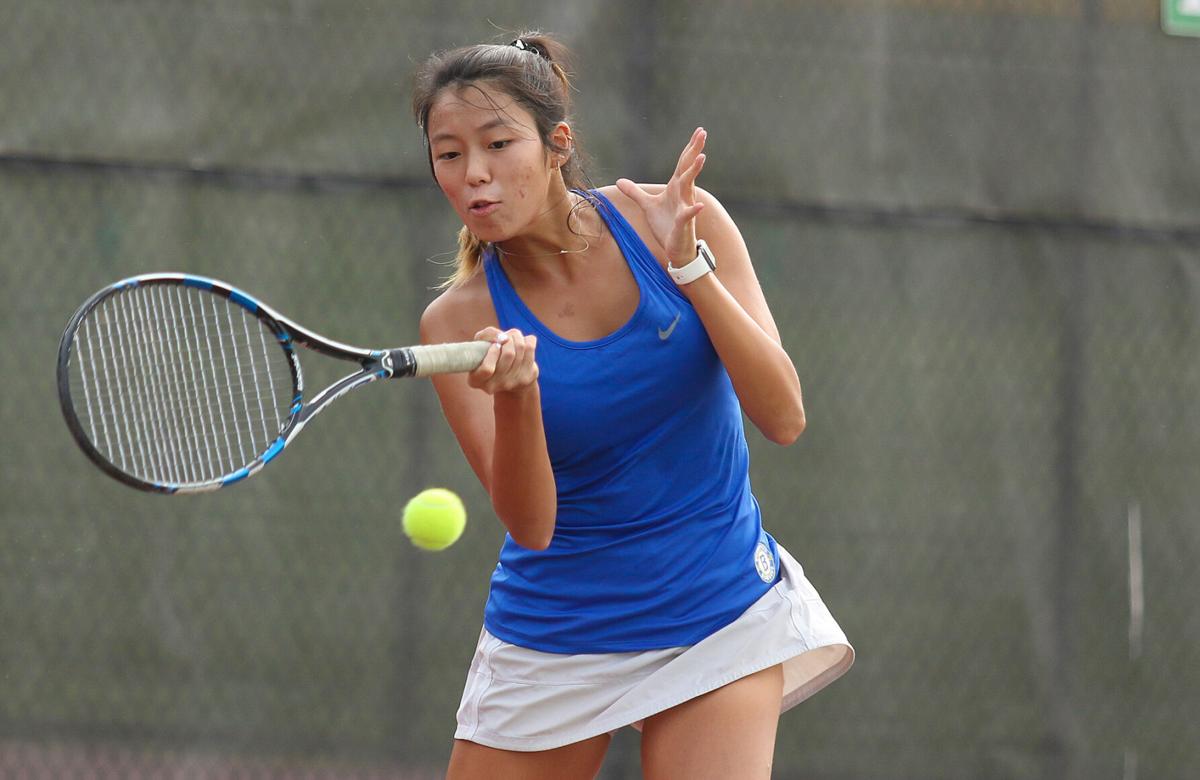 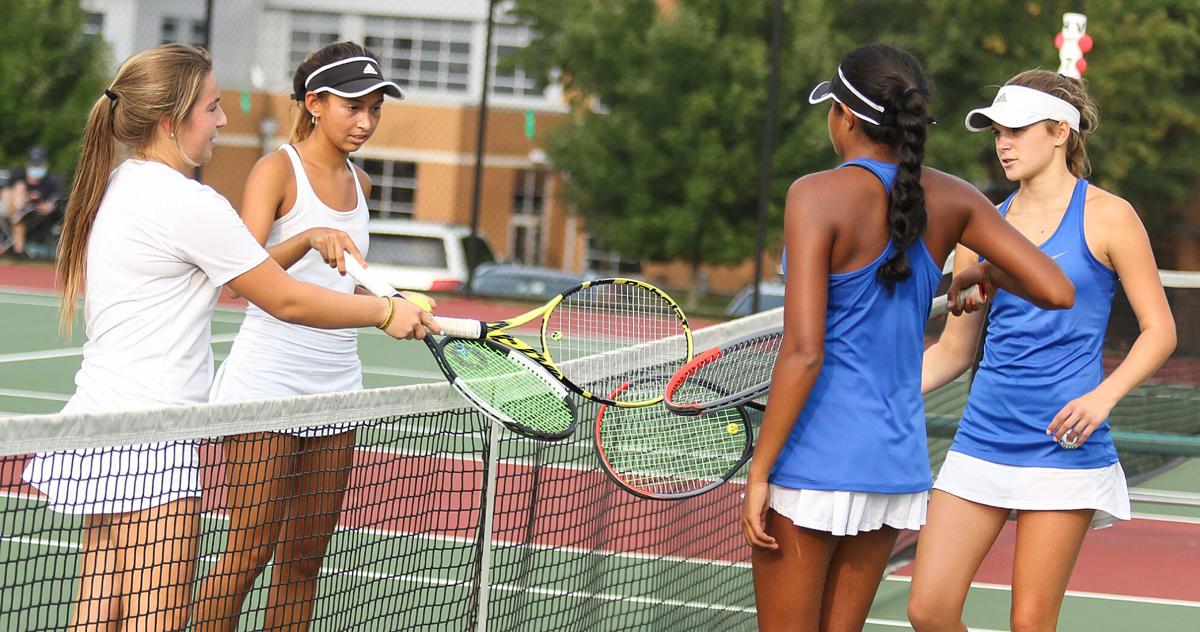