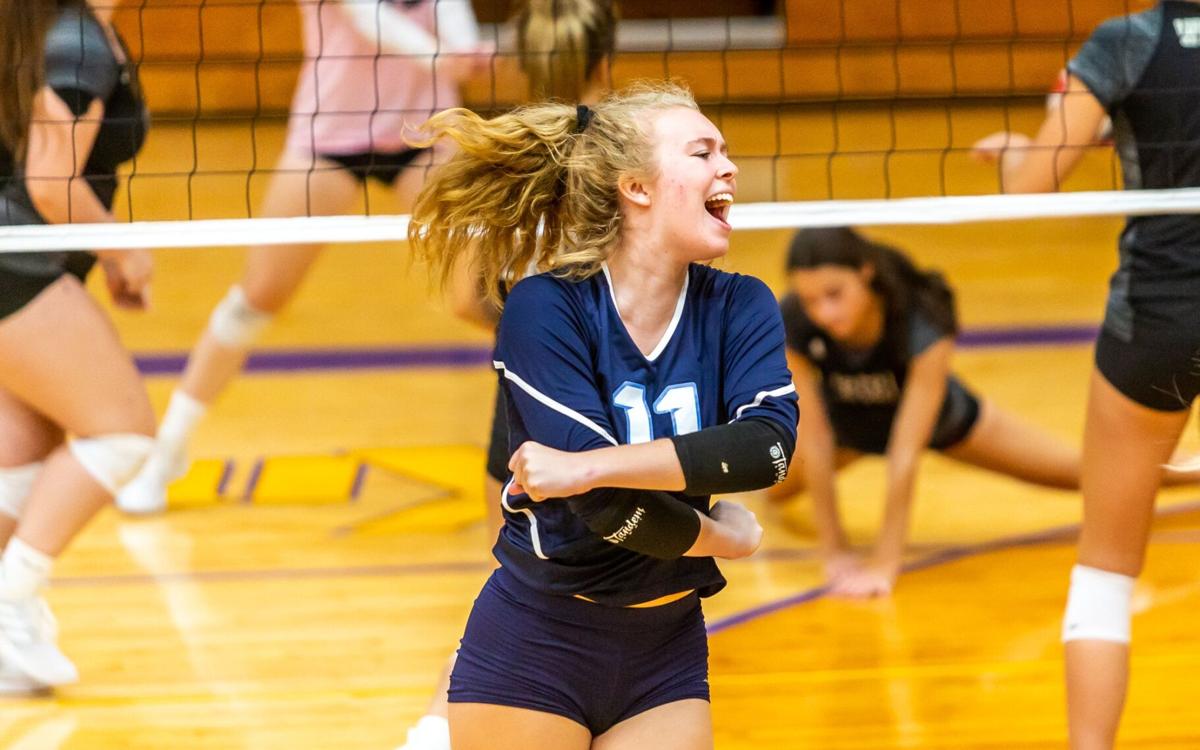 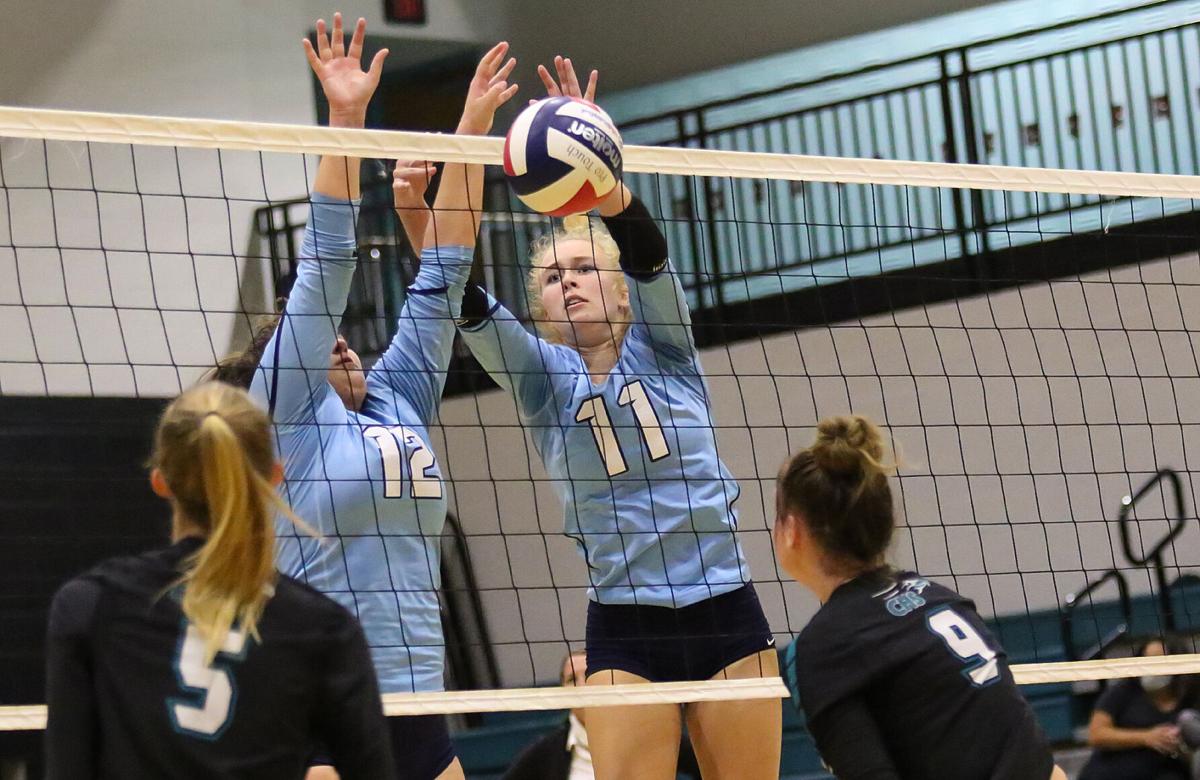 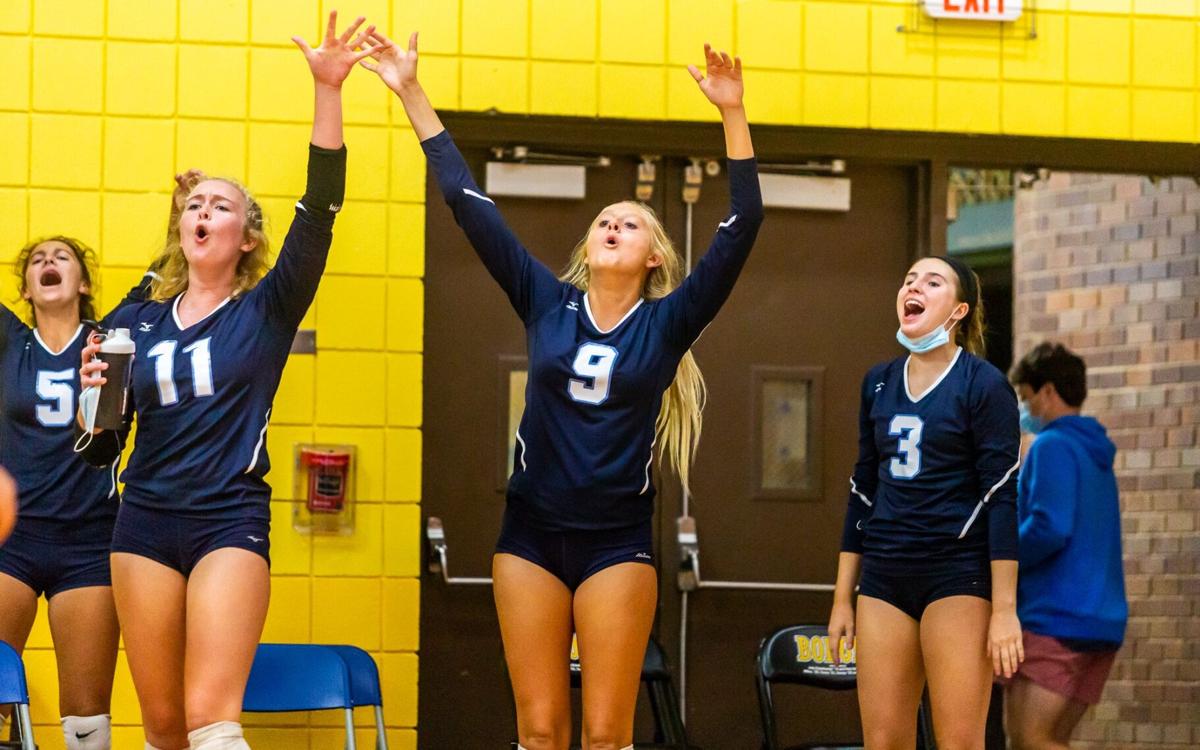 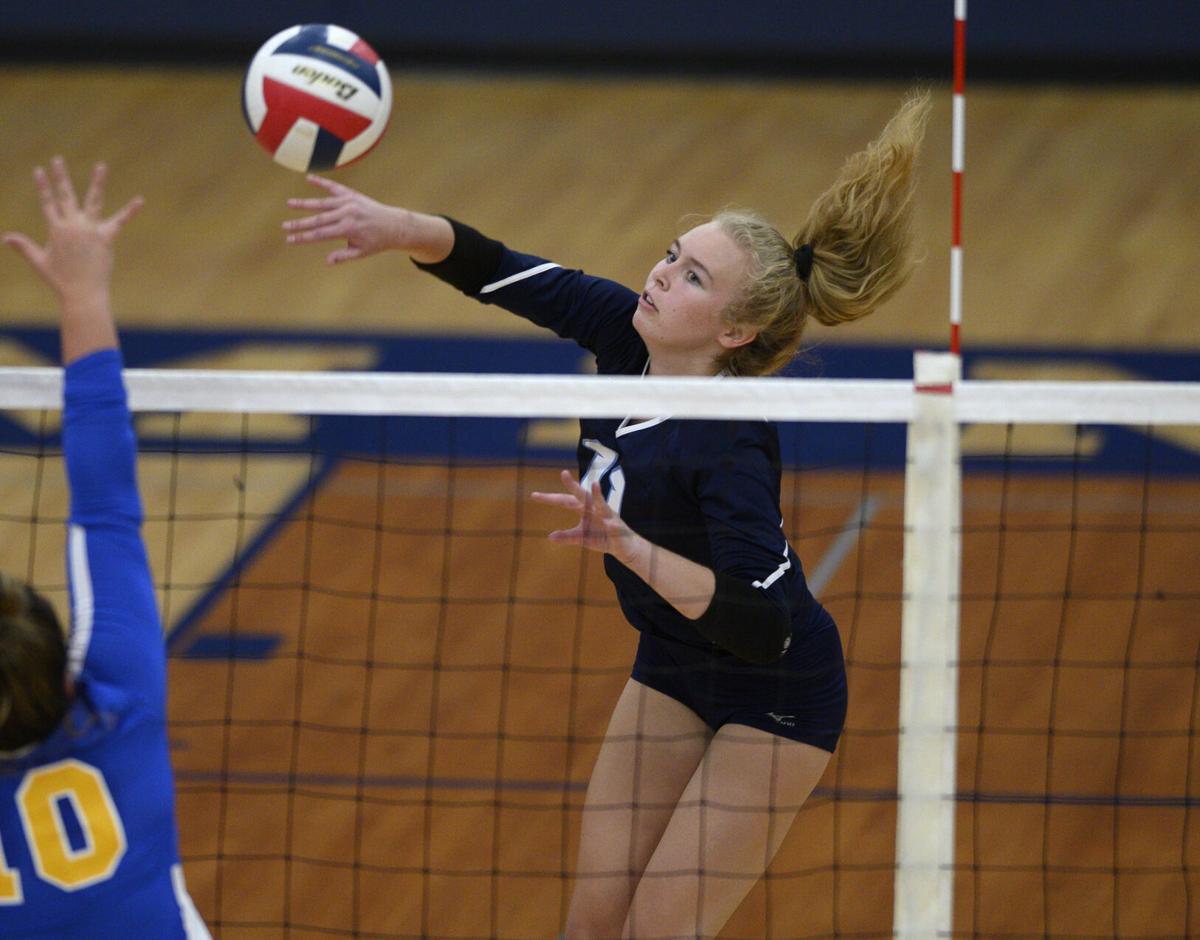 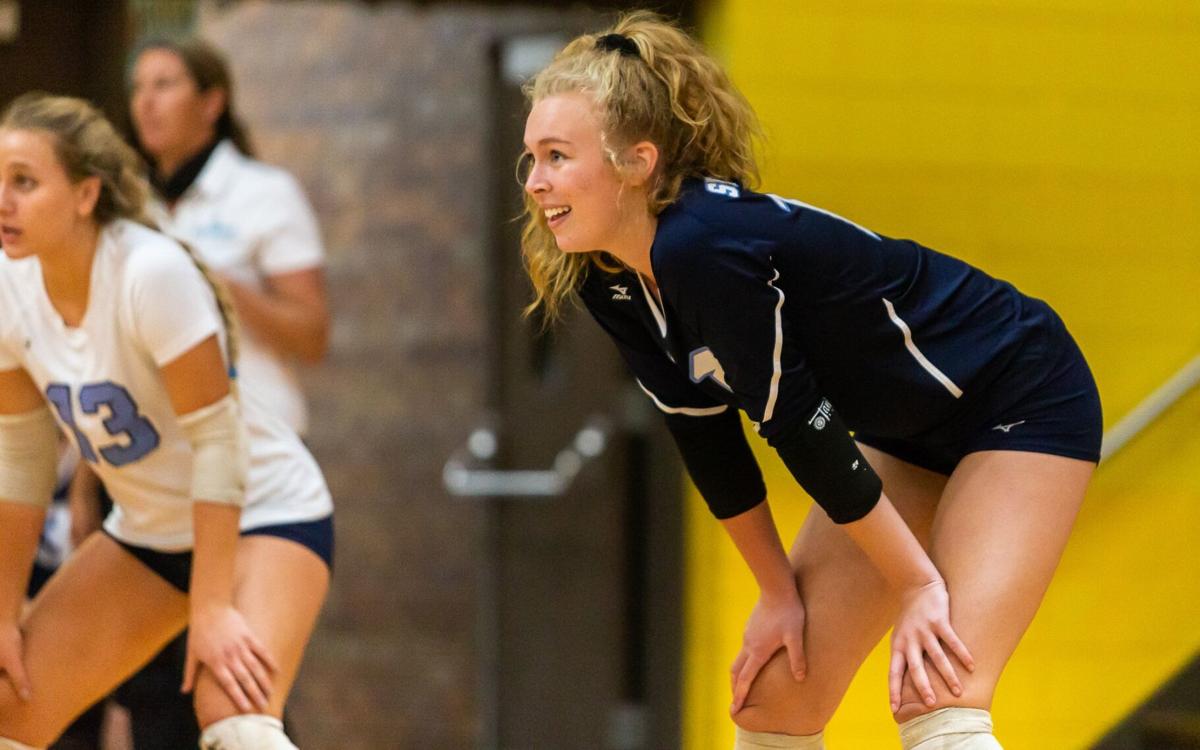 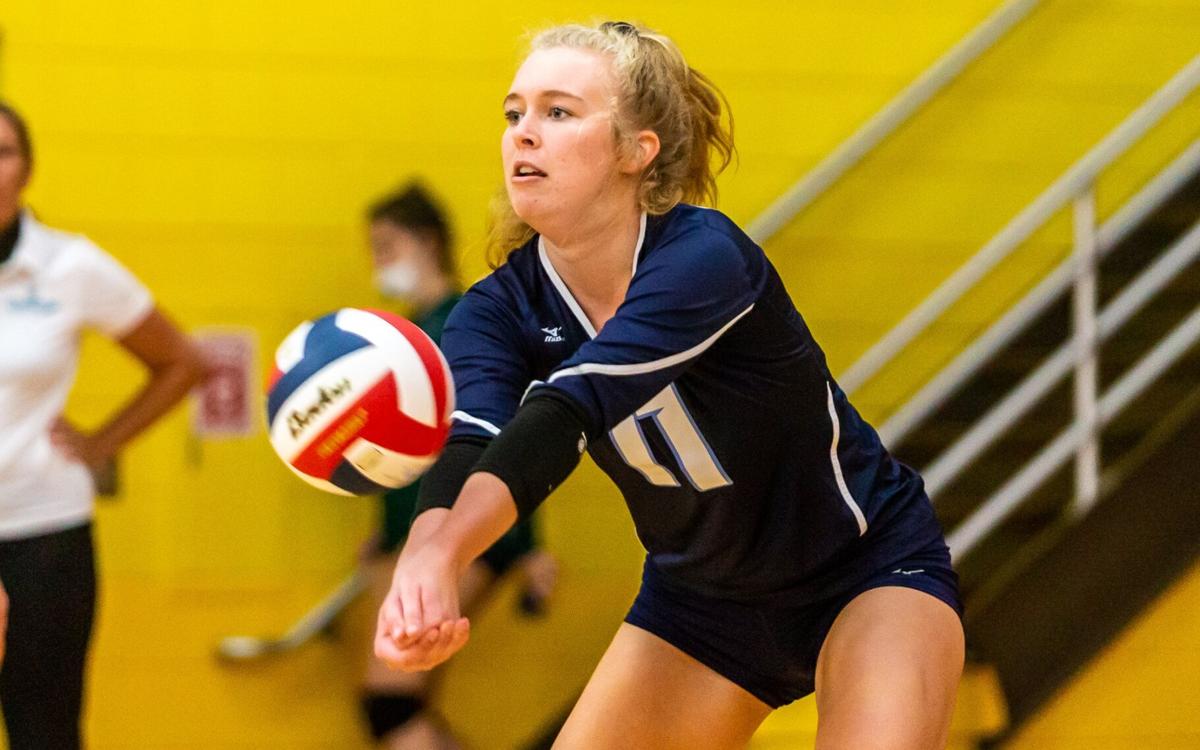 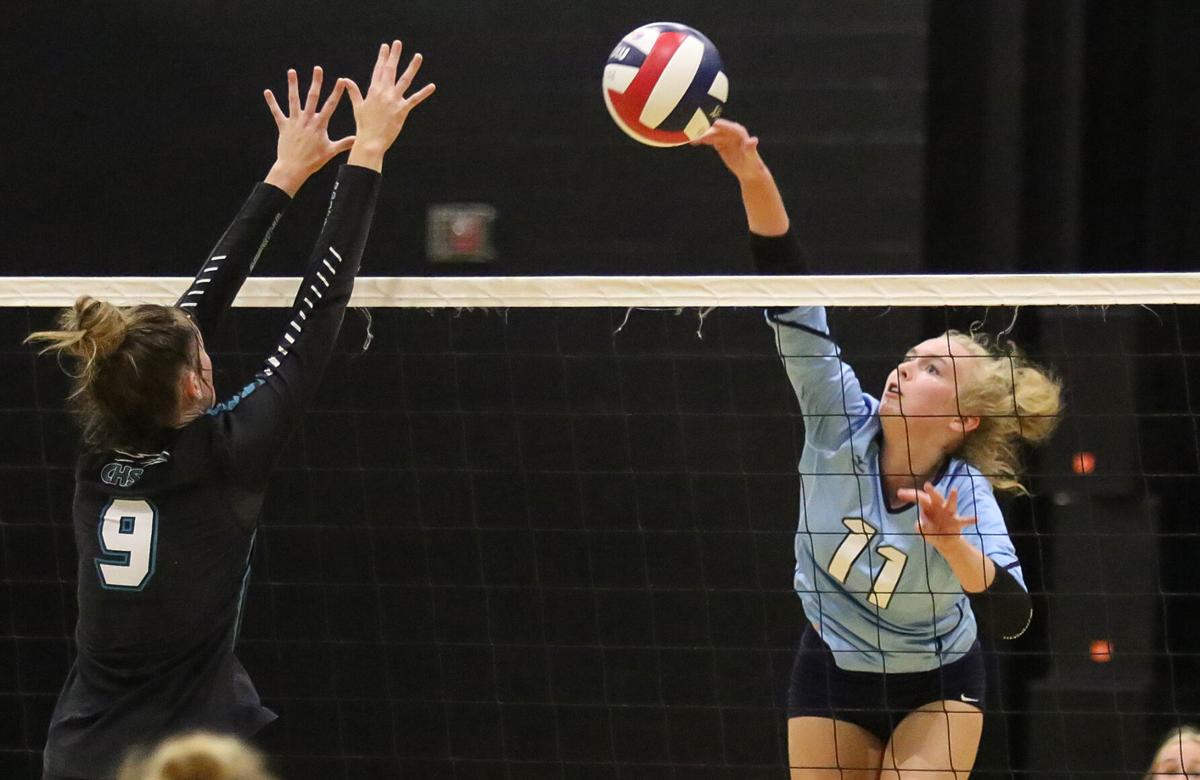 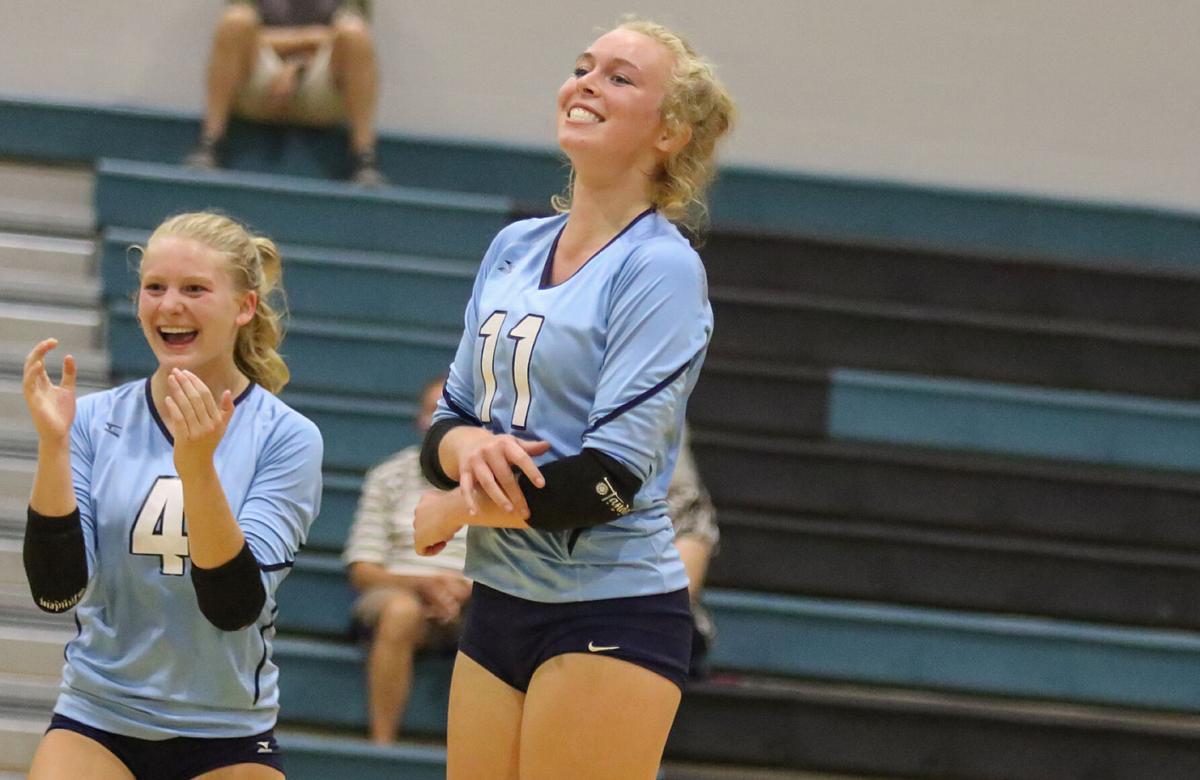 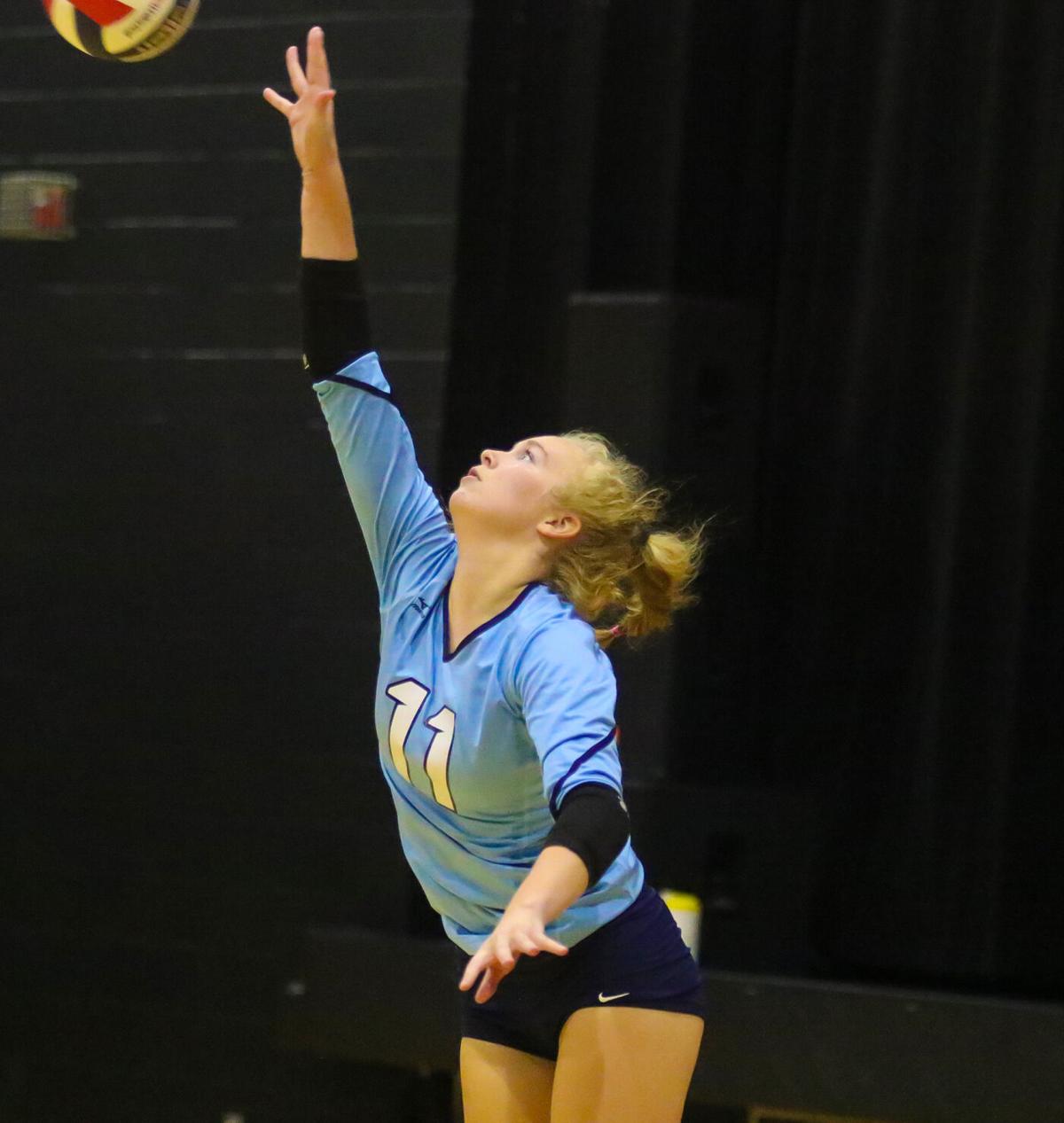 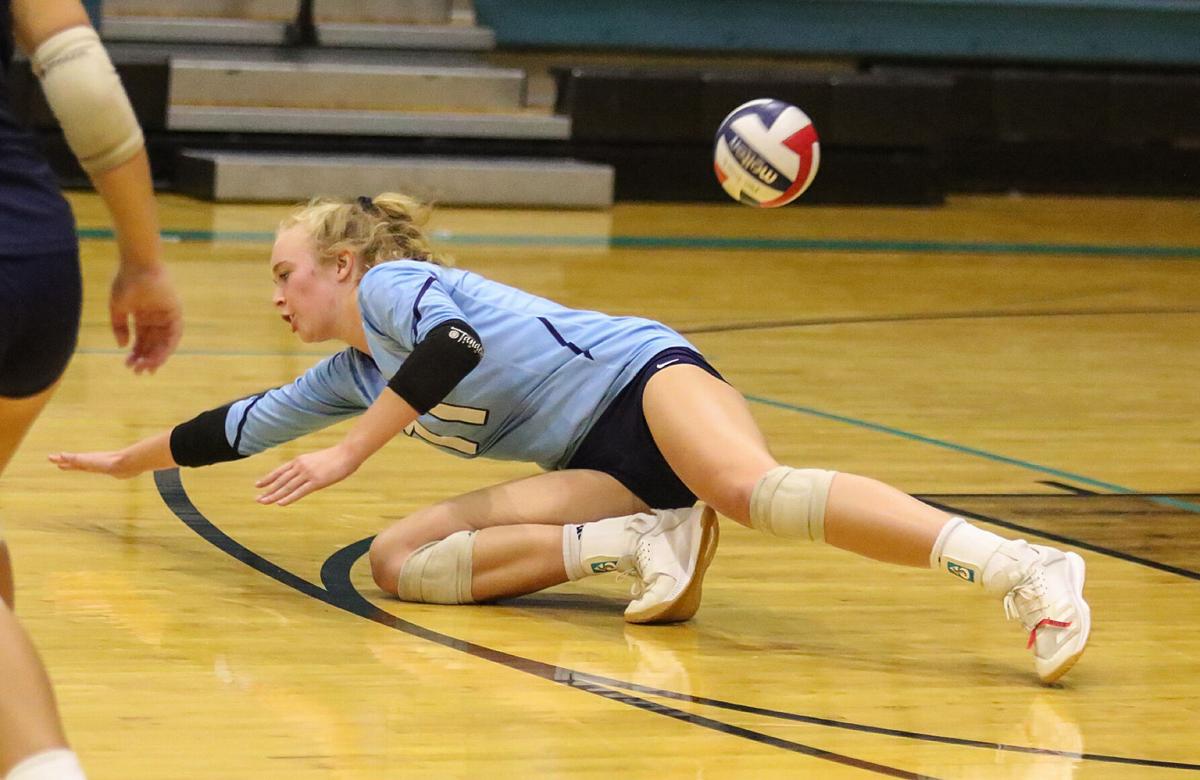 Audrey Weber felt the time had come for a change.

So the St. Dominic High girls volleyball hitter decided to leave her timid persona behind in exchange for a more aggressive, outgoing demeanor.

At her first practice last season as a junior, the 6-foot slugger made her new presence felt immediately.

Bland had to blink twice to make sure this was the same Audrey Weber. The one who performed well her first two seasons but stayed in the background and out of the limelight.

"No matter what I would say, she would respond, 'Yes coach, sure coach, whatever you say coach,' " Bland said. "She was so regimented and so determined to please those around her."

Then, in her third year with the program, Weber did a complete-about face — at least personality wise.

"She just came out of her shell," said St. Dominic senior libero Olivia Skiljan, who is also one of Weber’s best friends.

Weber, now a senior, came to the conclusion her leadership skills would be needed just as much as her play on the court.

"When I first came in as a freshman, I felt like I should keep quiet and follow all the big girls who were in charge," Weber said. "But as a junior, I was ready to go. I finally realized it was time to make my own decisions.

"And everything just kind of clicked."

Weber emerged as the team leader, on and off the court. She topped the squad in kills with 354 and was a Post-Dispatch first-team all-Metro selection last year. The Crusaders compiled a 26-9 record and lost to eventual Class 3 state champion Borgia in the quarterfinal round.

The six-rotation standout is off to an even quicker start in her final high school season. She has recorded 111 kills and has banded together with junior Breanna Schreimann to form a deadly one-two hitting punch.

Most importantly, her multi-faced skills have helped St. Dominic out to a 10-1-1 mark.

And it all began with a metamorphosis prior to last season.

"It was kind of funny looking back on it," Bland said. "Here's this once quiet, reserved person that changed so much. Now, if I say something she doesn't agree with, she doesn't have a problem telling me about it or having it out with me. But in respectful way. It was really great to see."

"Now, I feel very comfortable being myself on the court," she says.

Weber burst onto the scene as a freshman in 2017 and played a key role as the Crusaders reached the Class 4 final four in Cape Girardeau. She came on strong down the stretch, recording 10 kills in a loss to St. Teresa's in the third-place match.

As a sophomore, she improved the other facets of her game and became a two-way threat at the net as well as a solid back-row performer.

This season, she has kicked her game up a notch and the Crusaders are flying high.

"This feels like my freshman year when we went to state," Weber said. "It's that type of team."

Weber began playing volleyball in third grade after spending a couple years as a competitive gymnast.

"Up until high school, she was always the tallest girl in her class," said her mom, Lori.

Weber's strength lies in her sharp volleyball IQ and her ability to play at a high level for an entire match.

"She has all the confidence in the world," Bland said. "And we feed off that. She's like our fire. She's super-energetic."

A self-professed country girl, Weber and her family live on a 20-acre farm in Foley. She drives 1 hour and 20 minutes round trip each day to the St. Dominic campus, which is located in O'Fallon.

Weber clings to her roots. She loves fishing, archery and rambling around in the water at the family getaway in Bethel, near Shelbyville in north central Missouri.

She even tried to convert Skiljan into a farm girl for a day.

"It didn't work," Weber said. "She was afraid to swim (in the pond) because she thought the fish might bite her."

Weber has turned in several eye-popping performances. She had a career-high 20 kills in a win over Timberland last season.

Her ability to consistently pound the ball to the ground has made the Crusaders tough to beat the last three-plus seasons. Weber has recorded double-digit kills in 30 of 46 matches since the transformation prior to her junior year.

"She's so athletic," Bland said. "There are times when she can just take over out there."

Weber wants to study cinematography in college as well as play volleyball. Lindenwood University and Bellarmine University in Louisville, Kentucky, are at the top of her list.

But for now, she is focused on getting back to the state semifinals.

"We feel like this is a special team," she says. "There's nothing we can't do when we're all working together."

Girls volleyball spotlight: Seckman's Beaven bets on herself in quest to play for Stanford

IMPERIAL — Most high school kids feel pressure to keep up their grades, but Seckman senior Taylor Beaven has taken those stakes to another level.

FENTON — After three grueling sets and more than 75 minutes of intense nail-biting action, the last thing members of the Parkway West girls vo…