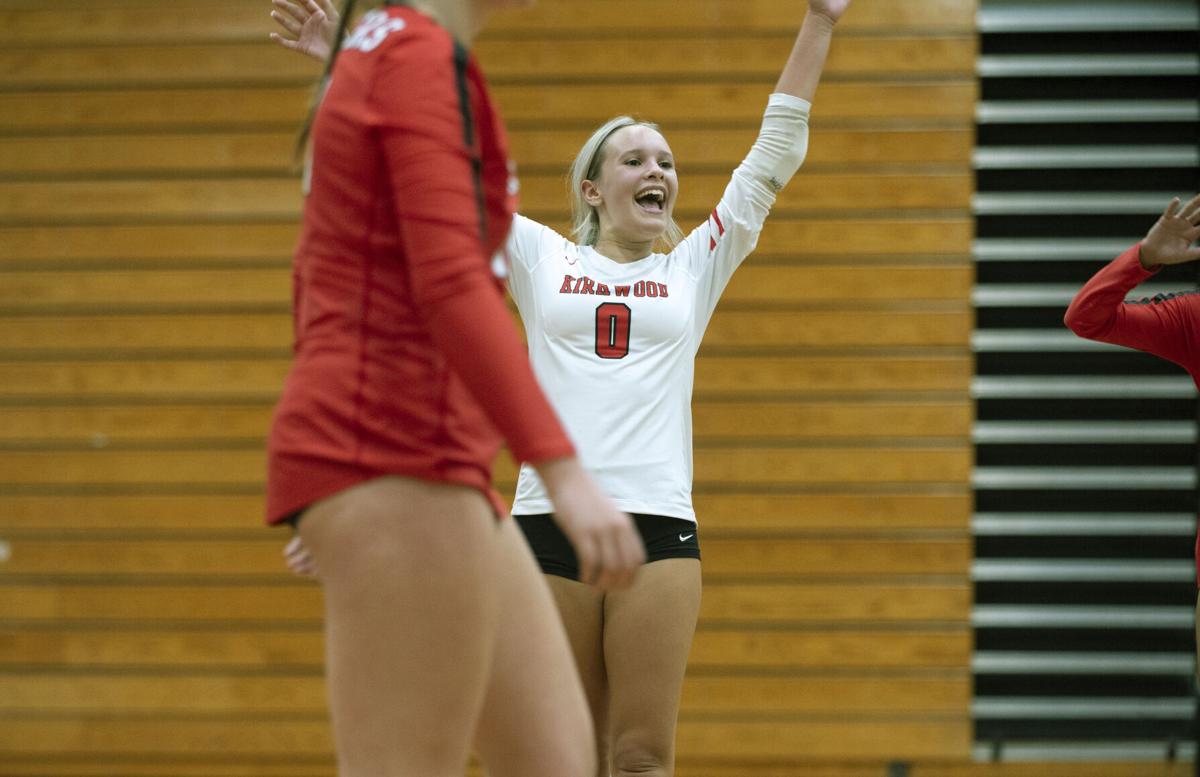 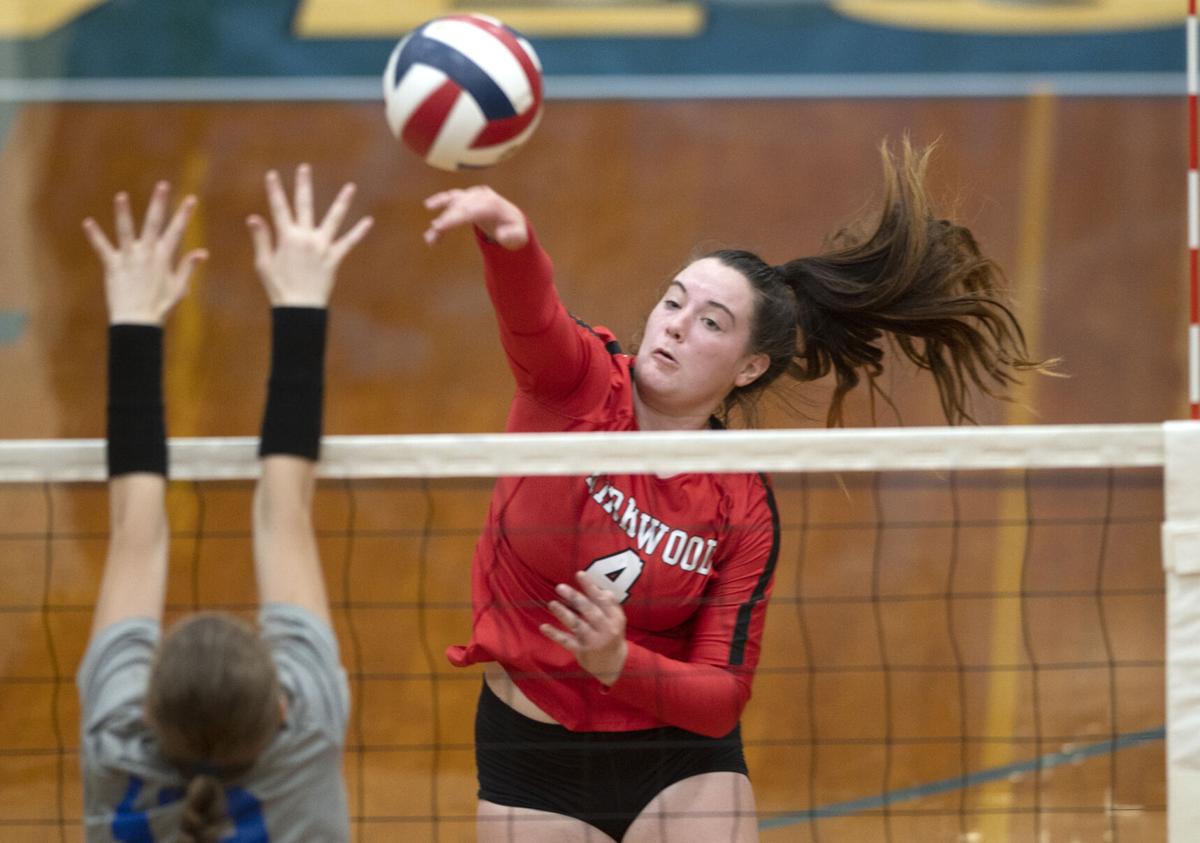 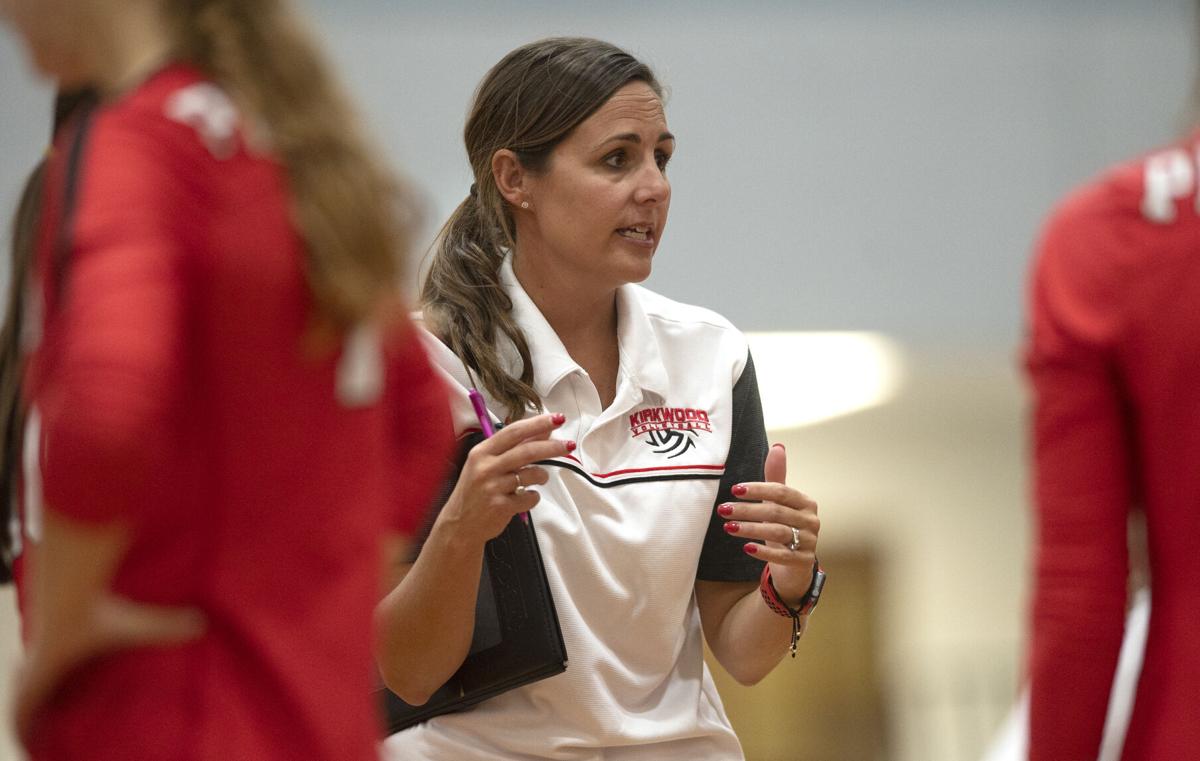 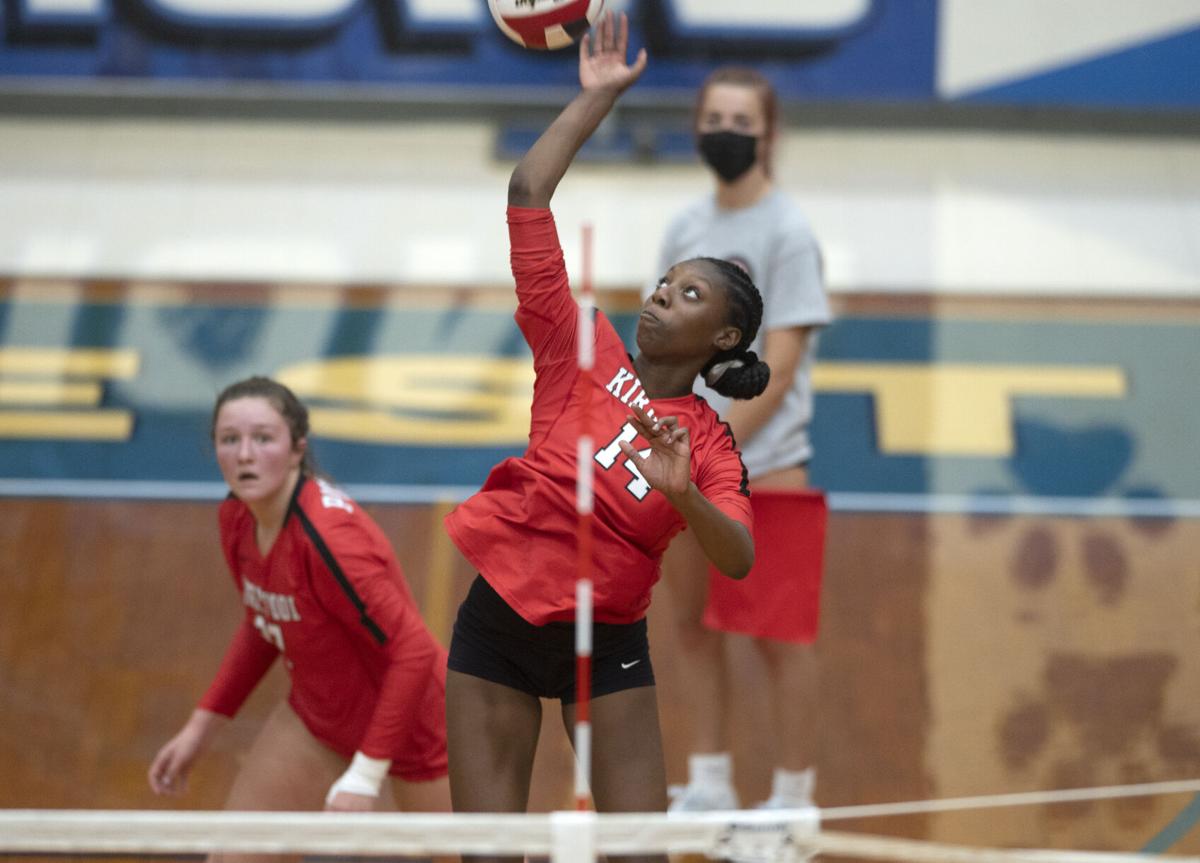 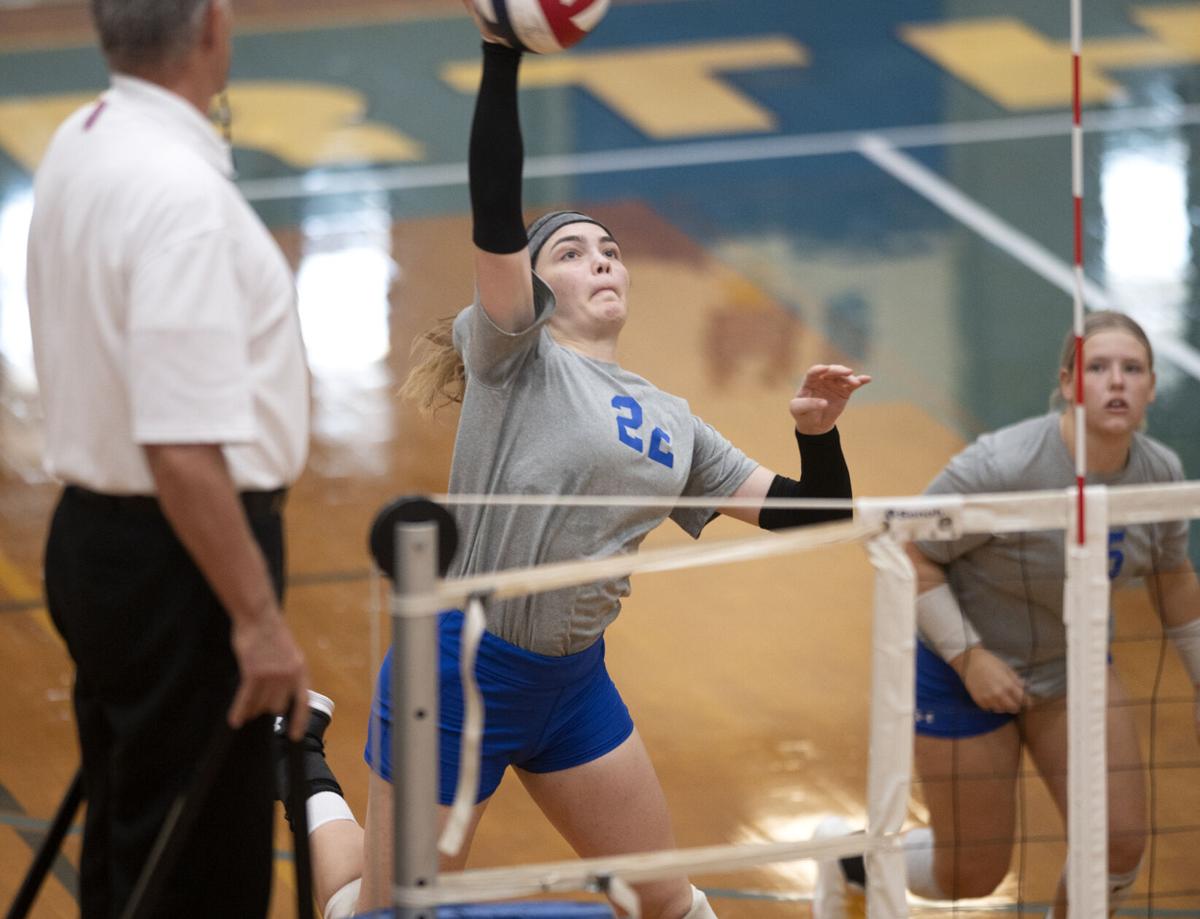 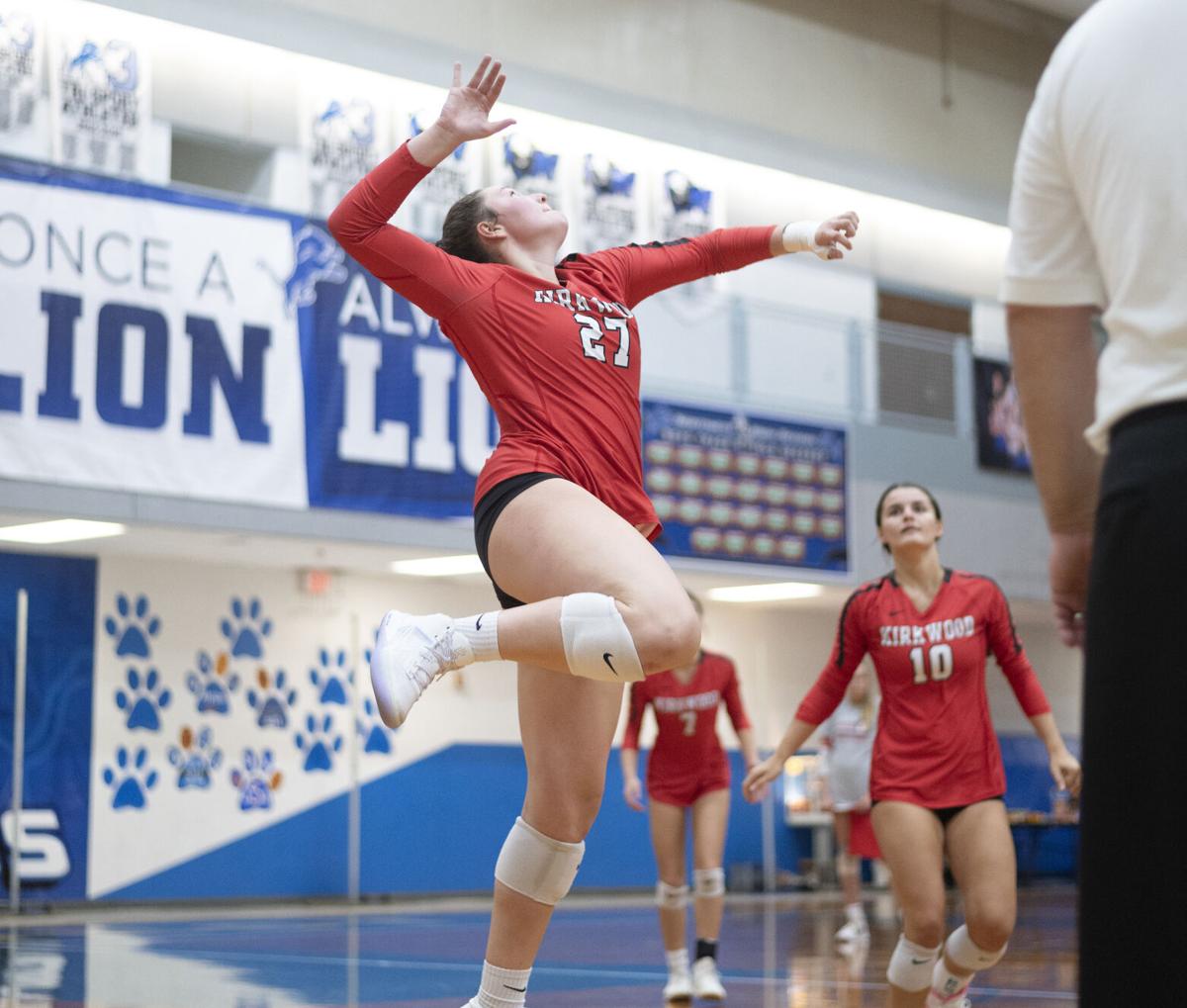 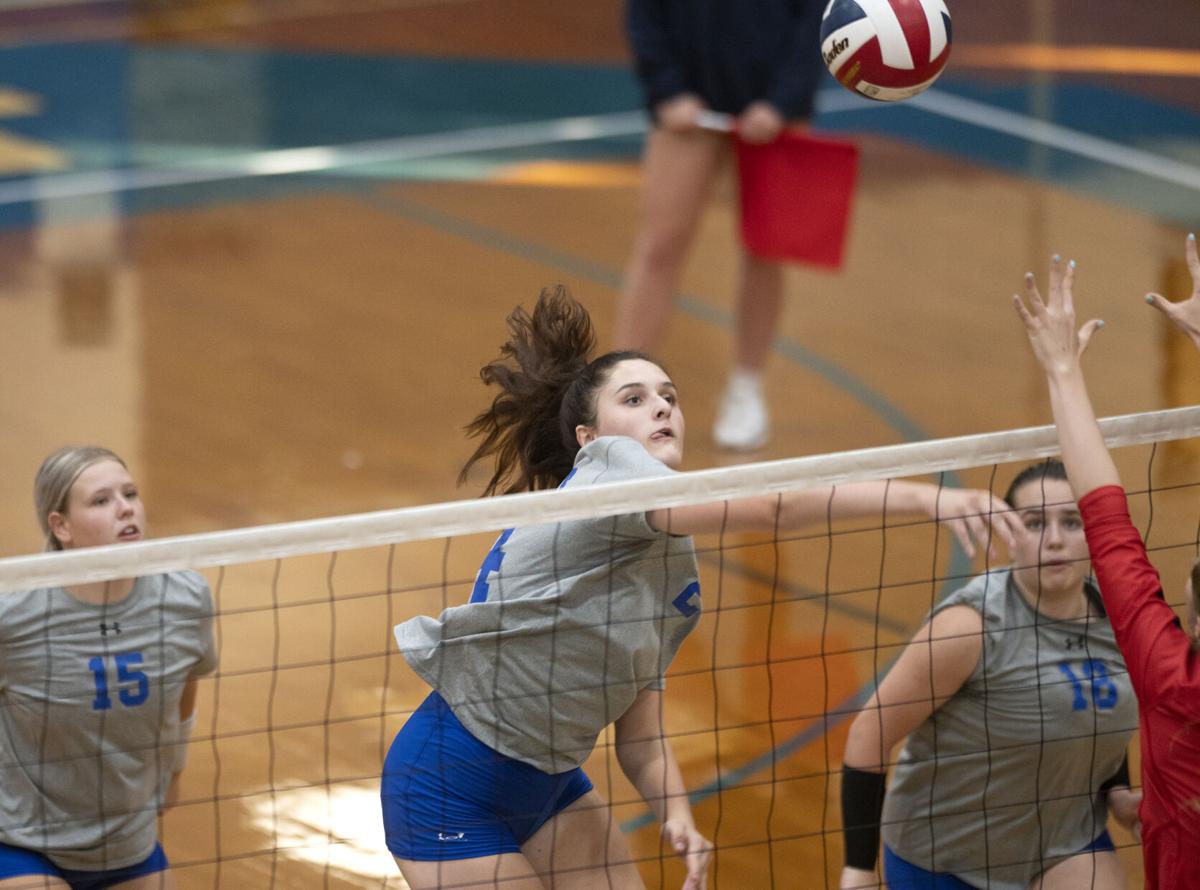 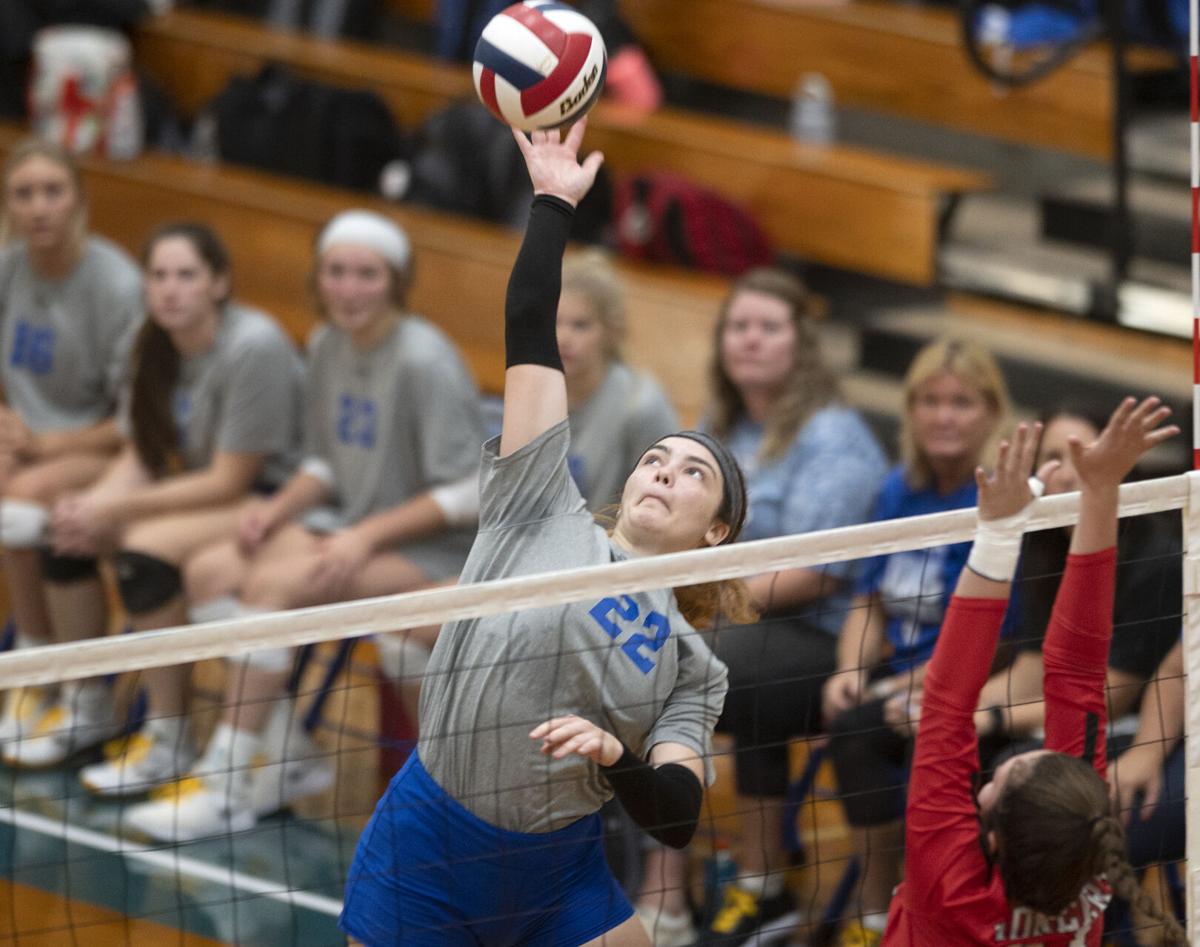 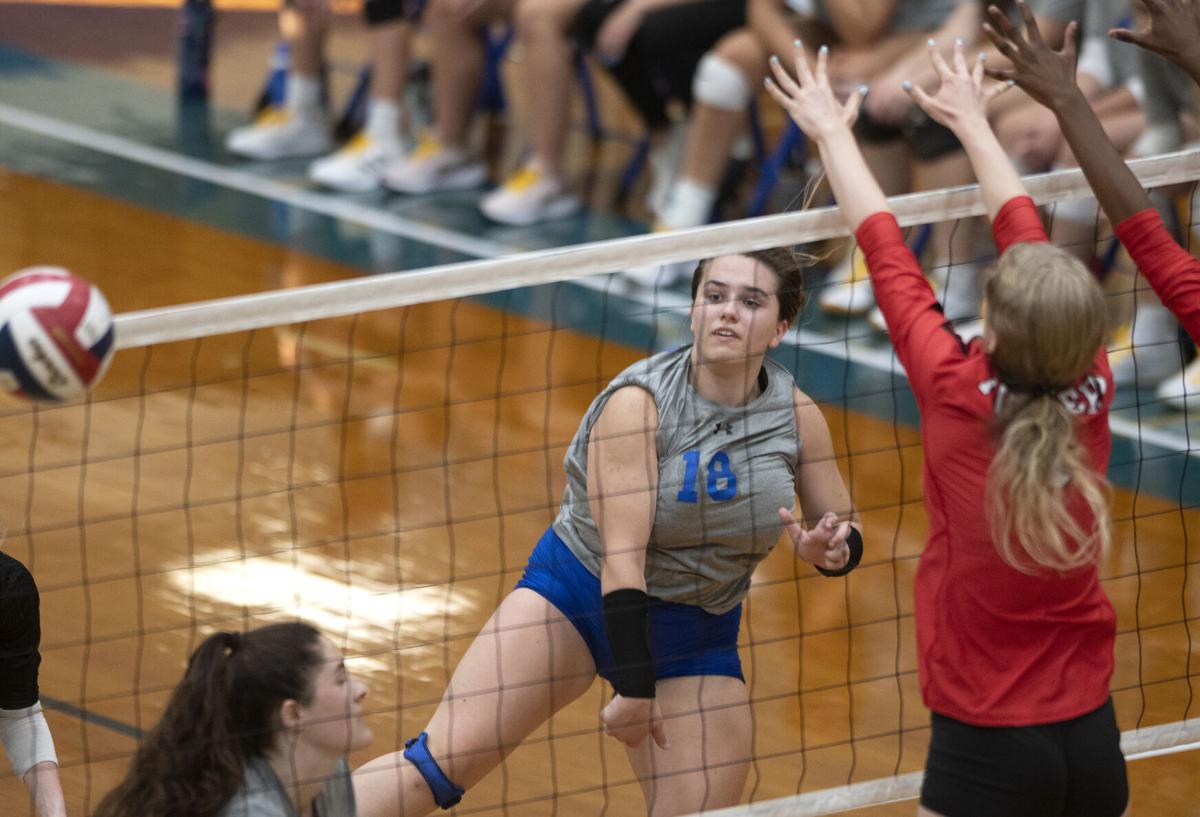 “I think we all trust each other and our talent,” Belden said. “We just kind of needed to regroup a little bit. We have a great team, academically as well. It's been a hard week for everyone test-wise, a lot of stressors, just like a busy week but we're back on it now.”

Kirkwood indeed proved it was back to form Tuesday with a 25-21, 25-22, 25-18 sweep of Northwest-Cedar Hill in a Suburban Conference Red Pool match.

Laila Person had 10 kills, Olivia Williams and Tara Benham each had nine and Ella Davies added seven for Kirkwood (12-8, 3-1), No. 6 in the STLhighschoolsports.com large school rankings. Sienna Wright and Kinley Bokermann combined for 36 assists.

“We played nine matches last week and so we’re always worried about their legs,” Kirkwood coach Julie Goodmann said. “(Monday), we took it a little bit easier in practice, but I thought these girls came out fresh and ready to go.”

Buoyed by an Elle Stark ace, a Reese Osborne kill and three successive kills by Torie Strange, the Lions led 20-19 in the first set.

But a pair of Davies kills helped Kirkwood regain control, and kills from Benham and Davies clinched the opening frame for the Pioneers.

“They did a great job of playing as a team and fighting for each point,” Goodmann said. “I thought that was great to come out of a hard weekend and lots of volleyball with just the attitude of like nothing's going to hit our ground and we need to put down the ball.”

A Sophia Beckmann ace broke a 15-all tie and two Person kills gave Kirkwood a 19-16 lead in the second set.

Two Benham kills brought it to set point and a Williams blast gave Kirkwood a 2-0 lead in sets.

“We've been dealing with it all year, we just can't finish,” Northwest coach Debra Fortner said. “I have good kids, they work hard, but I don't have a kid that is just killer instinct, give me the ball and I'm going to put it down.”

Lasers from the arms of Williams and Person ignited a 6-0 run for Kirkwood, snapping a 14-all deadlock in the third set.

Another Person spike and an ace by Emerson Williams gave Kirkwood match point. Three points later, Person made a nice adjustment on the fly to put down the game-winning kill to end the 75-minute match.

“We've been struggling with getting consistency with the setter and the hitter connection, and I felt like the past few weeks it's been really good,” Person said. “I've been trying to talk to my setters more and the communication has been better, so I think that helped.”

Belden and Beckmann, in particular, led a dogged Kirkwood effort. Belden finished with 23 digs and Beckmann had 14.

WILDWOOD — The moment wasn’t too big for the freshman.

Burch bounces back to lead St. Pius X past Windsor in five-set thriller

The Jefferson R-7 girls volleyball team has had plenty of wins this season.

Every volleyball season it happens.

Kara Wrice, a Webster Groves student and volleyball player who died in July, will be honored and remembered with a ceremony Thursday.

Lafayette knocks off St. Dominic thanks to balanced attack