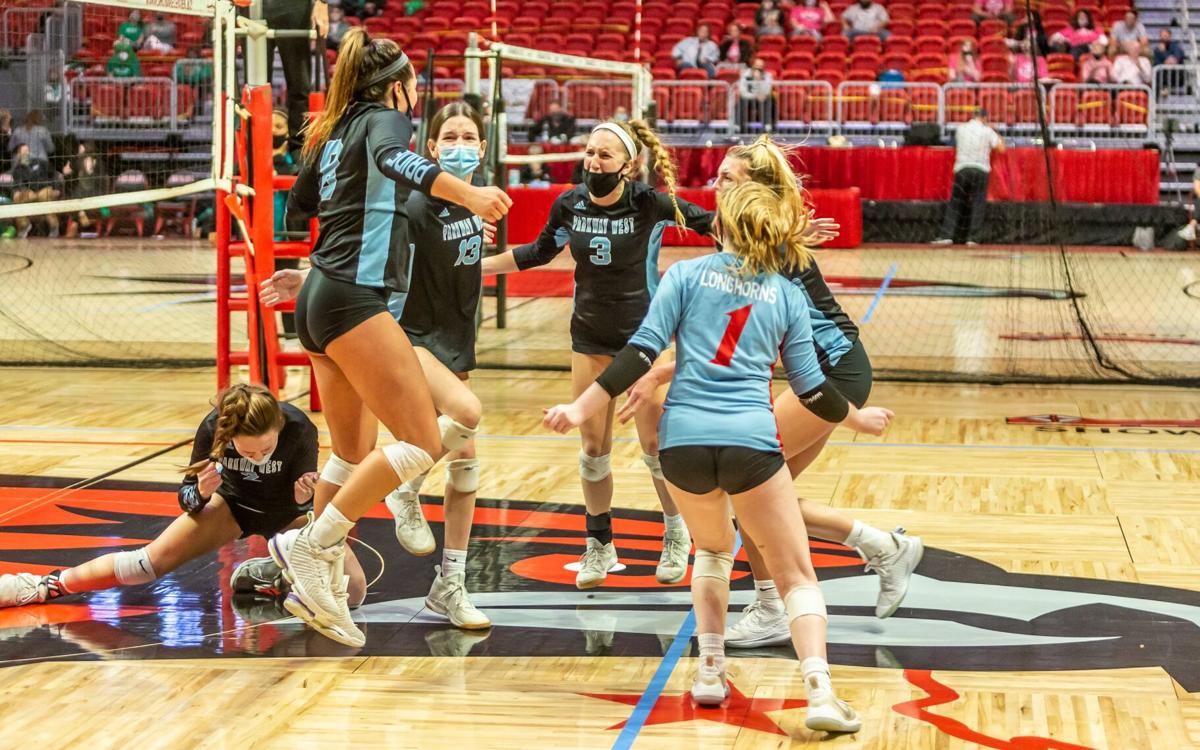 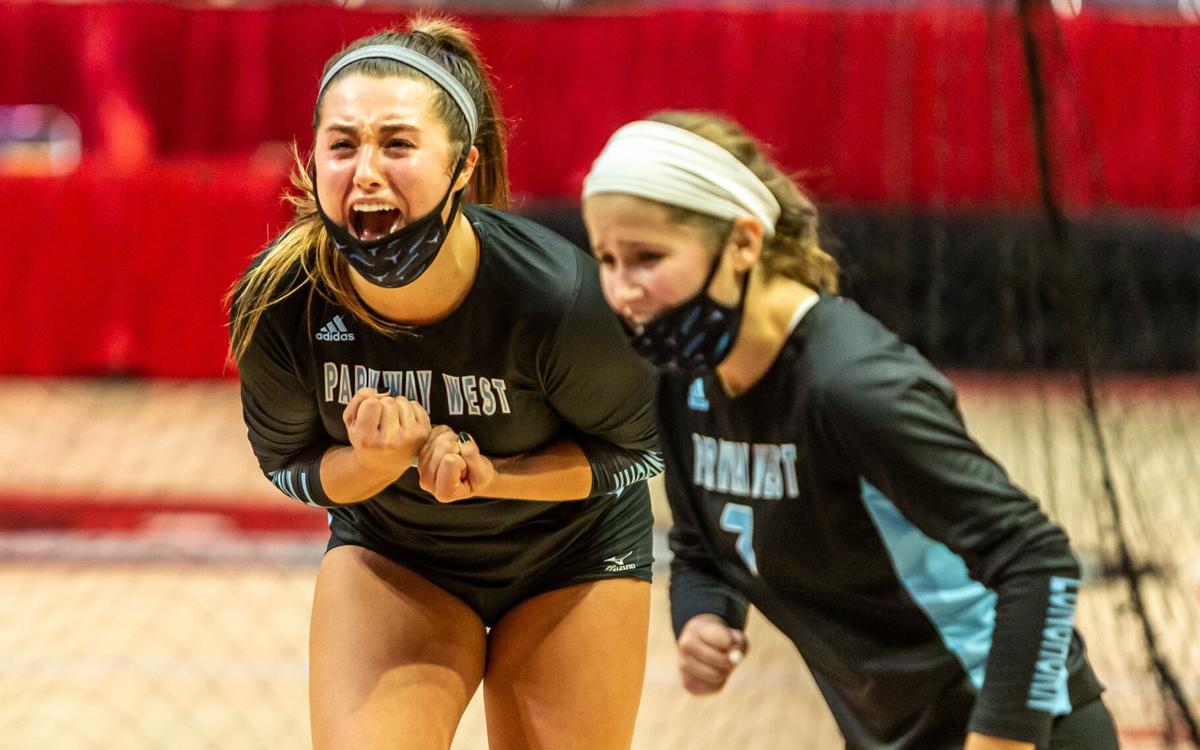 CAPE GIRARDEAU — The Parkway West girls volleyball team knew it would have to go the distance after dropping the third set in its Class 4 semifinal match Thursday.

But the fifth set quickly has proven to be the Longhorns’ comfort zone.

“We never had doubt,” senior Anna Pavlisin said. “We're just so confident that even when we go to a fifth set, every time we always find a way out.”

Pavlisin put down 30 kills and to go along with 26 digs, Carly Kuehl had 25 kills and 30 assists and Bella Allgeyer had 26 assists for West.

Irene Yannakakis started the fifth with a block and Maddy Truka put down a free ball as West raced out to a 4-0 lead.

“I said before we started the fourth (set)  that it wouldn't be a Parkway West game if we didn't go to five,” West coach Susan Anderson said. “I would love to tell you that it's because they just like to play volleyball, but they're a good team and they made us work.”

Platte County cut Parkway West's lead to 8-7, but Yannakakis put down a pair of kills and Pavlisin added another to restore the cushion. A Kuehl kill ended the 2-hour, 10-minute match and sent West to the championship, where it will seek the school’s first state title.

Parkway West's best finish was a runner-up showing in 2001.

“There was never a doubt,” Kuehl said. “We're a team that once we get down, we have a way to dig deep and pull it out of ourselves to come out and fight back.”

Two kills from Pavlisin and another from Kuehl helped give West a 13-9 lead in the opening set.

Platte County (28-7-2) came back with a block and a kill from Kate Brown and big swings from Bryn McGehe and MaryGrace Hunter to take a 19-17 lead.

A Haley Luna kill helped Platte County draw even and the Pirates pulled out the opener on consecutive hitting errors by the Longhorns.

“We didn't have our best serve receive,” Anderson said. “We executed off our serve receive and that's how we get the ball down; that's when our hitters hit the best.”

A couple of Pavlisin swings helped West grab a 14-11 lead in the second set.

After Platte County tied it, Kuehl answered with two kills to help the Longhorns reclaim a 20-16 lead and a pair of Pavlisin kills helped West even the match 1-1.

“I think it was the energy,” Pavlisin said. “We always have the skill, but I think that when we hype each other up and we get all excited, we just get on a run.”

West took a late lead in a tightly played third set with a 3-0 burst. Kuehl’s block got the Longhorns going and an Elise Frost kill make it 21-17.

Kills by Hunter, Aly Anderson and a Karsyn Stehlik finish on a free ball quickly drew Platte County even at 21-21. The Pirates completed the comeback with a pair of Emerson Walter aces to take a 2-1 lead.

West grabbed control of the fourth set with a 5-1 run. Kills from Irene Yannakakis and Pavlisin and a block from Truka helped make it 16-8 Longhorns.

Platte County tried to get back in it, but two kills from Pavlisin and a block from Yannakakis restored order and another swing from Pavlisin sent the match into the fifth set.

“I know my hitters will put the ball down when we get a pass and our middles were taking out their blockers,” Kuehl said. “We were going up and just crushing balls because there's no blocker on the other side.”

“We watched (Willard) on film and they're 10 times better in person than they are on film,” Nerinx coach Ed Naeger said. “They execute, they don't make mistakes.”

It was the Markers’ first trip to state, but Naeger hopes it won’t be the last.

“I told the sophomores and juniors that this is something we could get used to,” Naeger said. “Let’s come back next year.” 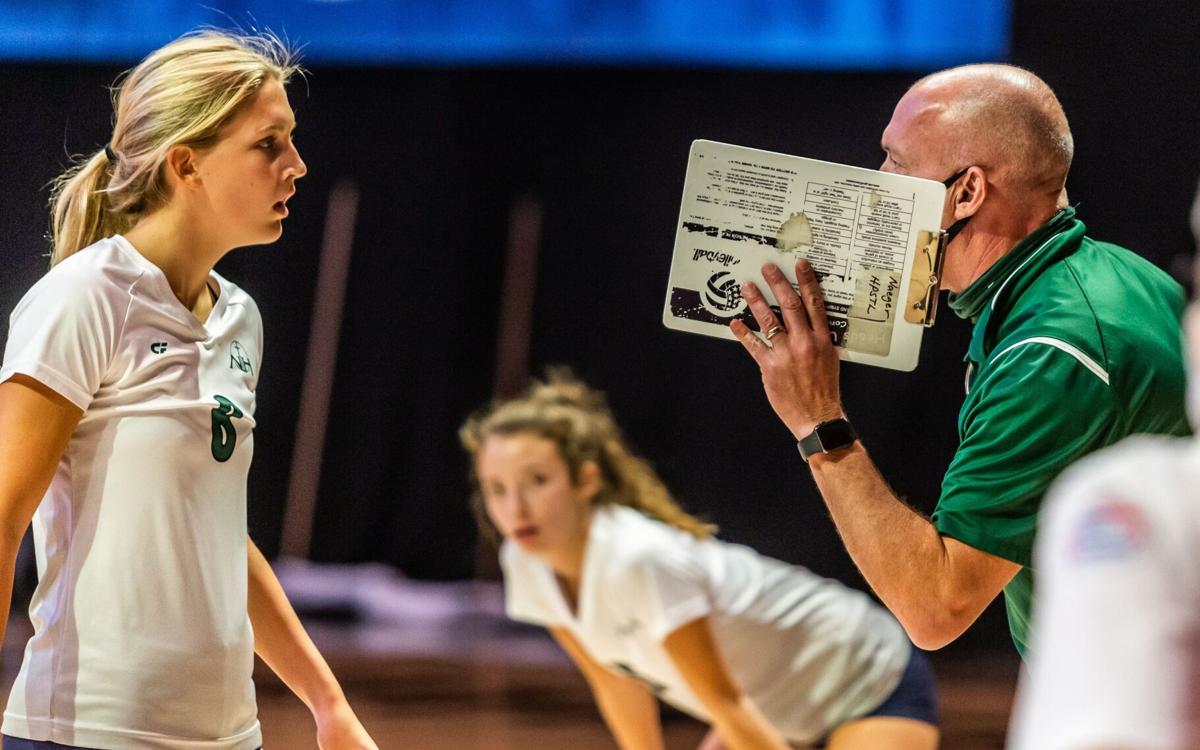