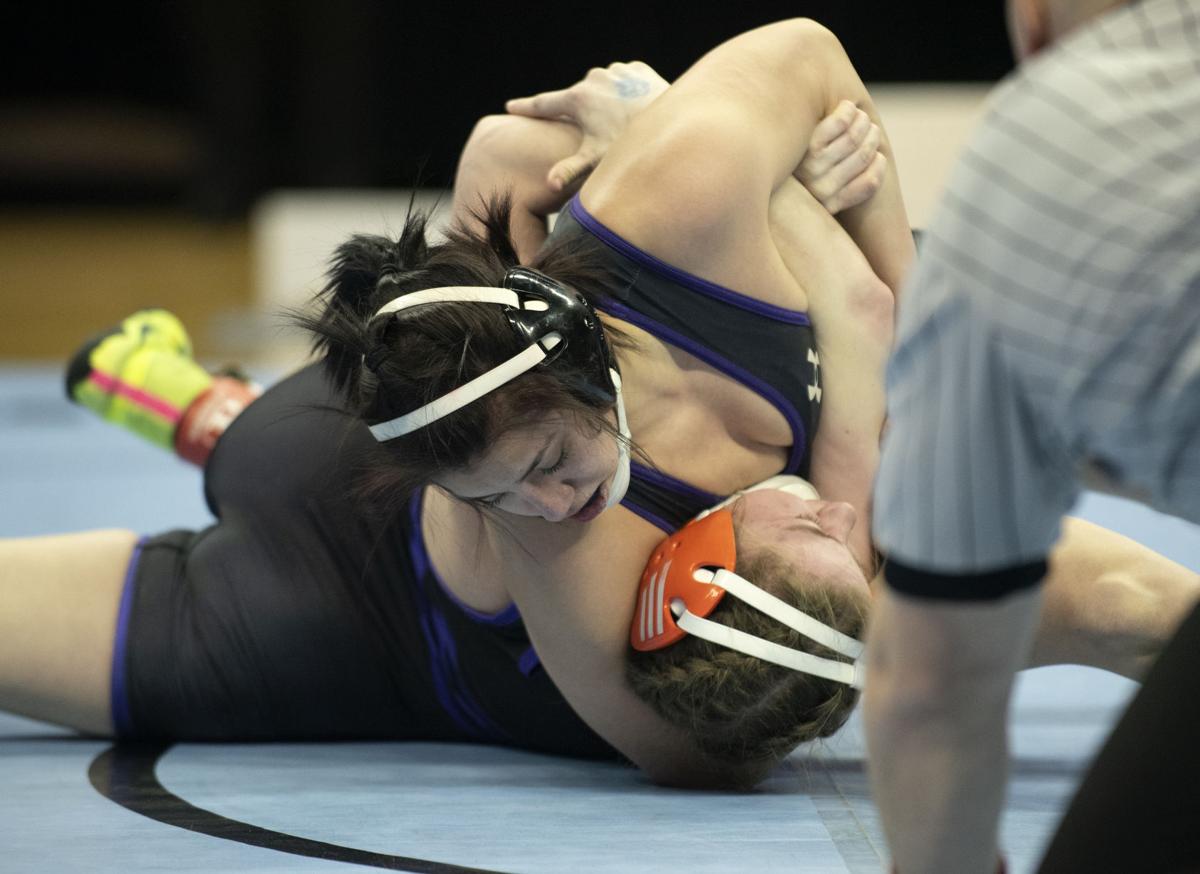 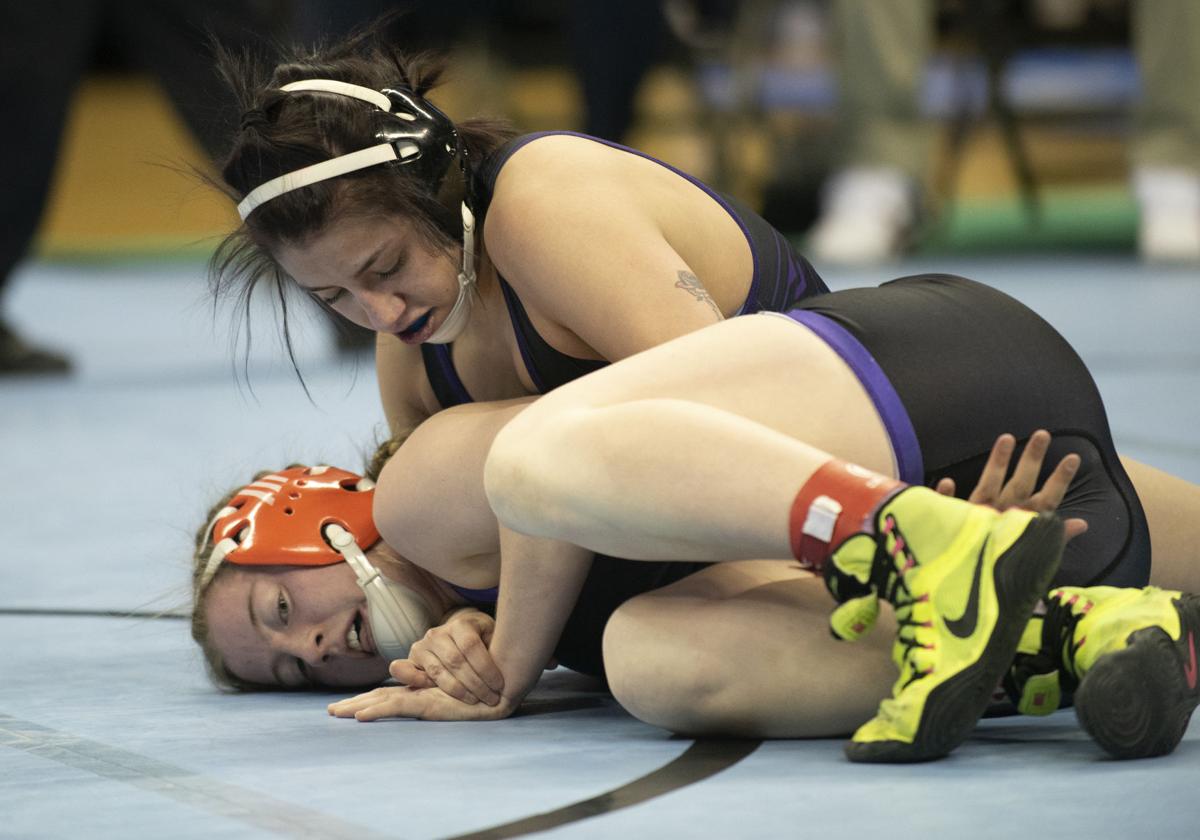 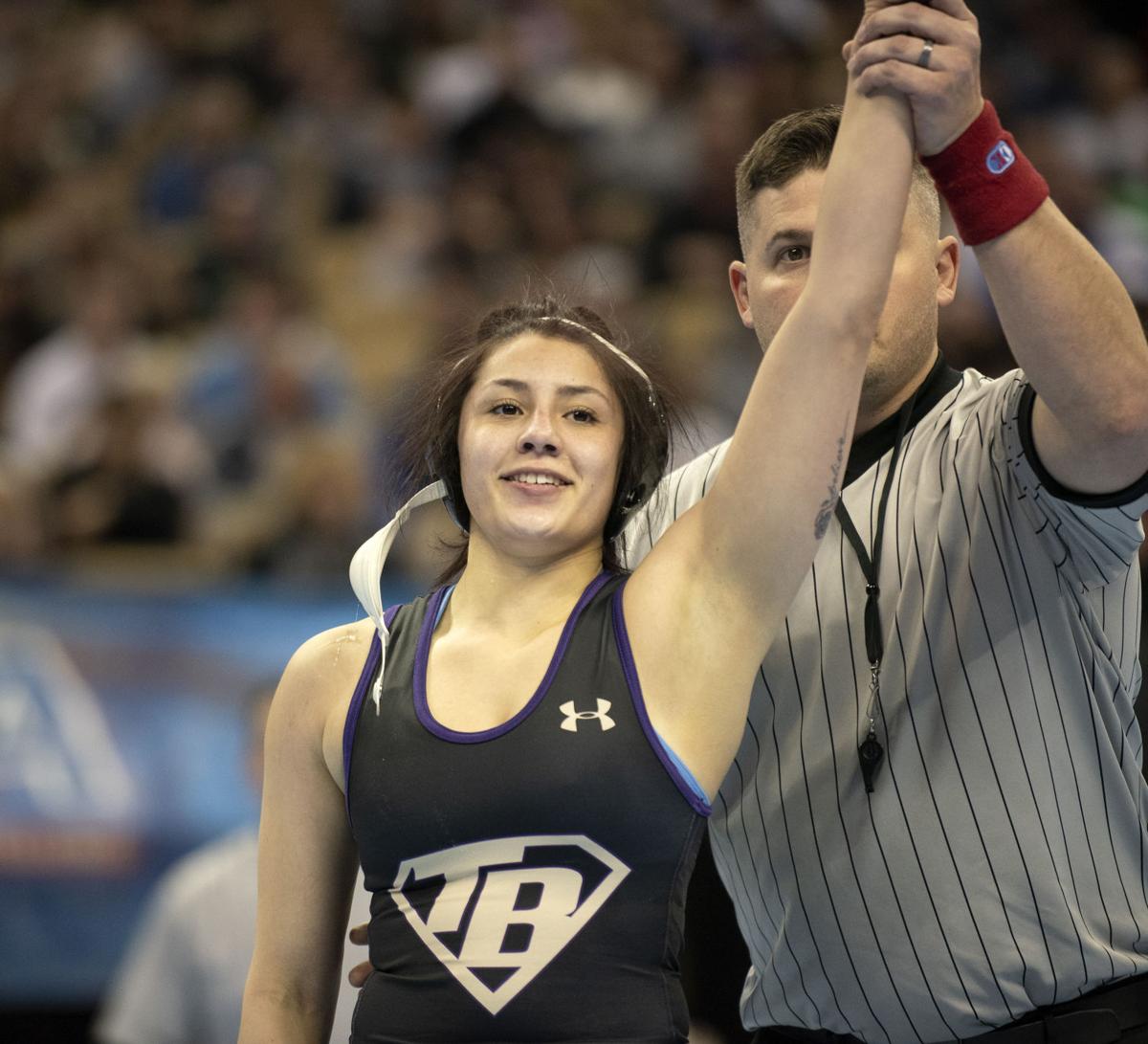 Troy's Autumn Flanigan gets her arm raised after a match in the MSHSAA State Wrestling Championships on Saturday, February 21, 2020 at Mizzou Arena in Columbia, Mo. Paul Halfacre, STLhighschoolsports.com 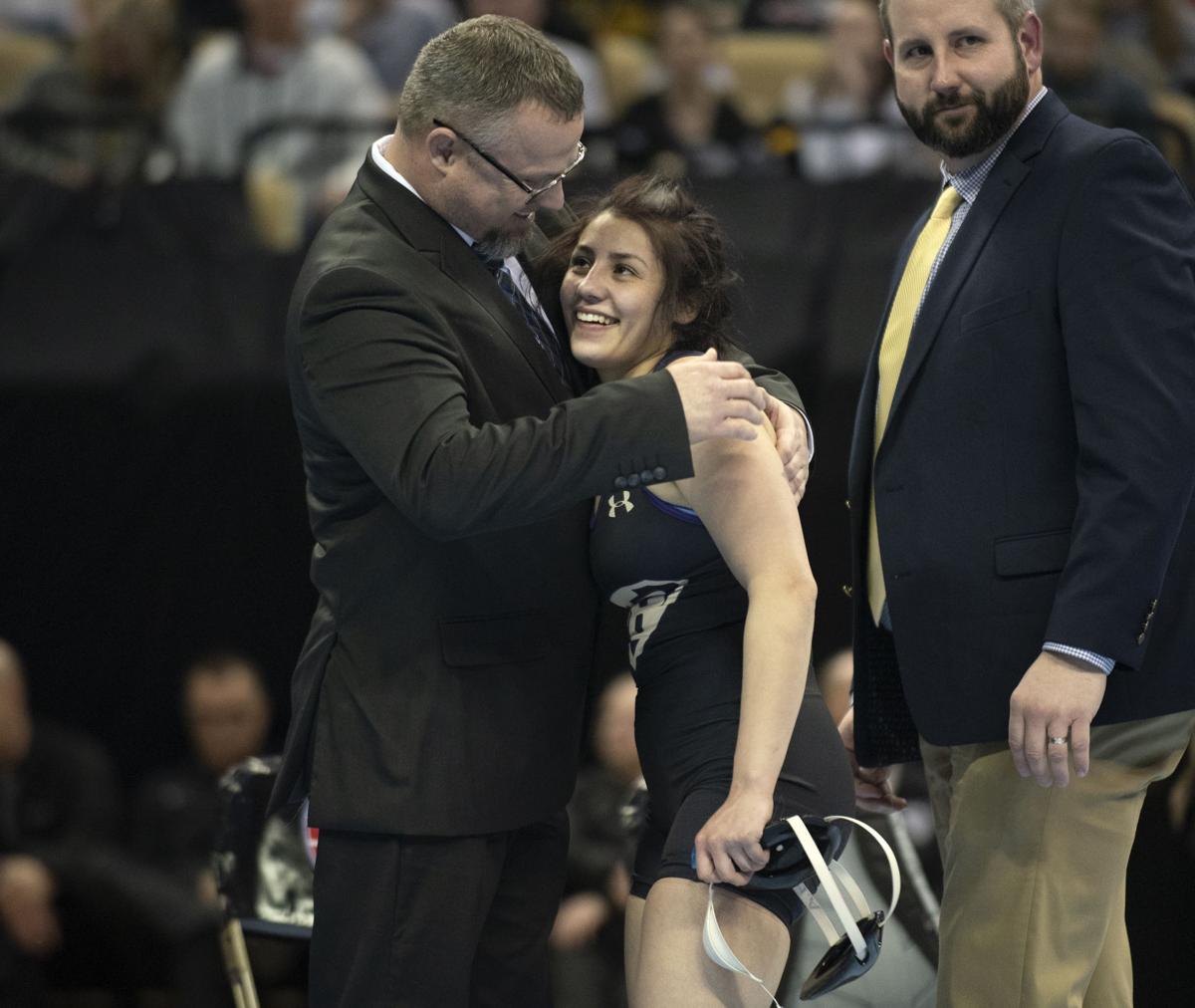 The Troy wrestling coach anxiously waited for the phenom wrestler he had heard so much about to come through his program.

"Middle school coaches said, 'She can wrestle,'" Nichols said. "She has tons of ability. She's an attacker."

Nichols didn't know just how good she would be back then, but he had an inkling Autumn Flanigan was going to be a state medalist.

Flanigan has since turned those rumors into facts and exceeded any premonitions Nichols had four years ago by capturing her second individual state title on Saturday to wrap up a stellar career.

The Troy senior grappler finished off an undefeated season by winning the 120-pound championship at Mizzou Arena.

"She's an amazing kid who works her tail off," Nichols said. "She's a leader in the classroom and in the community. She's one we're going to miss for sure."

After capturing a state title at 110 pounds last season, Flanigan (34-0) moved up two classes and was met with some stiffer competition. It was no matter, however, as she flew through the first three rounds with pins in 1 minute, 32 seconds or less before meeting Hickman senior Mary Belle Harrell in the final.

"This one was a lot harder than last year," Flanigan said.

The two had faced each other twice before the title match. Flanigan beat her in both meetings, first with an 8-1 decision at the Wonder Woman Tournament at Battle High, and second in a 10-0 decision at the District 2 Tournament earlier this month.

"I just watch out for the throws because she likes to throw," Flanigan said of battling with Harrell.

Flanigan wasn't nervous going into the match, and neither was her coach.

"Her and Belle have wrestled plenty of times and we know she's a dangerous athletic kid and it only takes one time," Nichols said. "If there was time on the clock, there's time to lose. But she just had to execute like she's capable of."

They traded scoreless first periods before Flanigan went on the offensive. Flanigan got a reversal and a three-count near fall to take a commanding 5-0 lead. She then avoided Harrell's throws, gave up an escape and tacking on a third-period pin to dust off her final high school match with a 7-1 victory.

"It's crazy that I'm a senior. It's amazing," said Flanigan, who recently committed to Augsburg University.

Nichols is still in awe of the sheer amount of time Flanigan put in on the practice mat. That dedication paired with the help of her teammates and coaches helped Flanigan live up to the hype.

"They work hard with me," Flanigan said of her teammates and coaches. "They talk to me when I get nervous. They build me up."

Troy's Autumn Flanigan gets her arm raised after a match in the MSHSAA State Wrestling Championships on Saturday, February 21, 2020 at Mizzou Arena in Columbia, Mo. Paul Halfacre, STLhighschoolsports.com