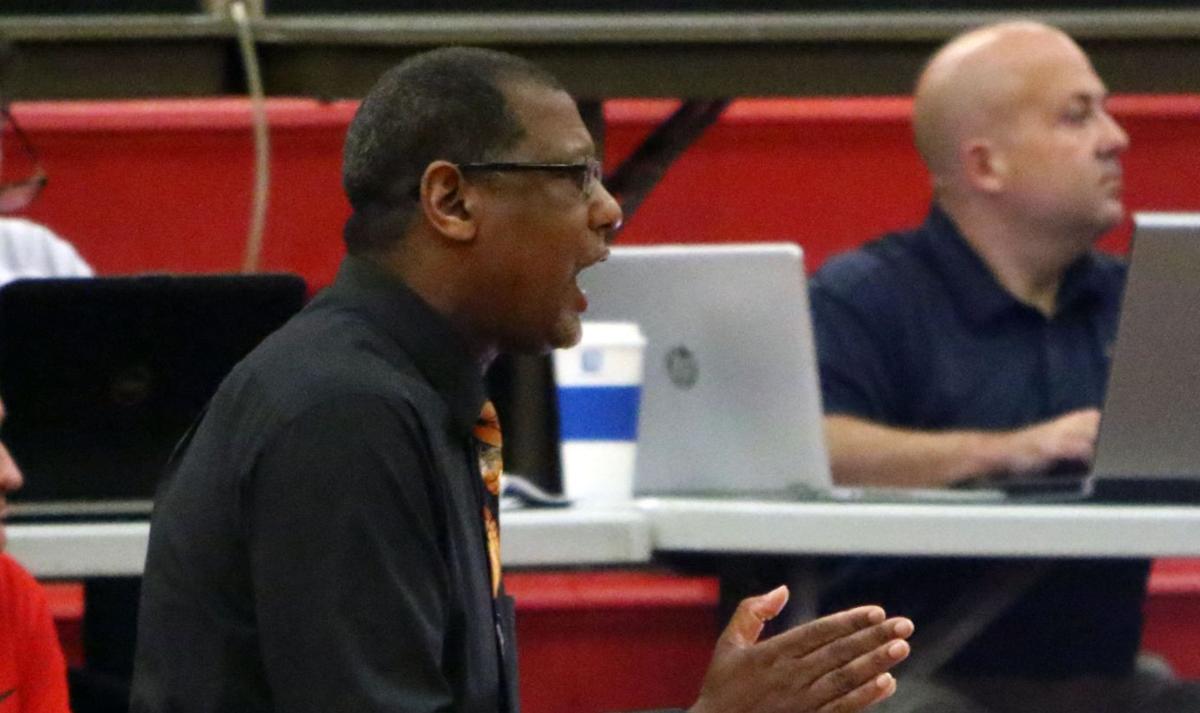 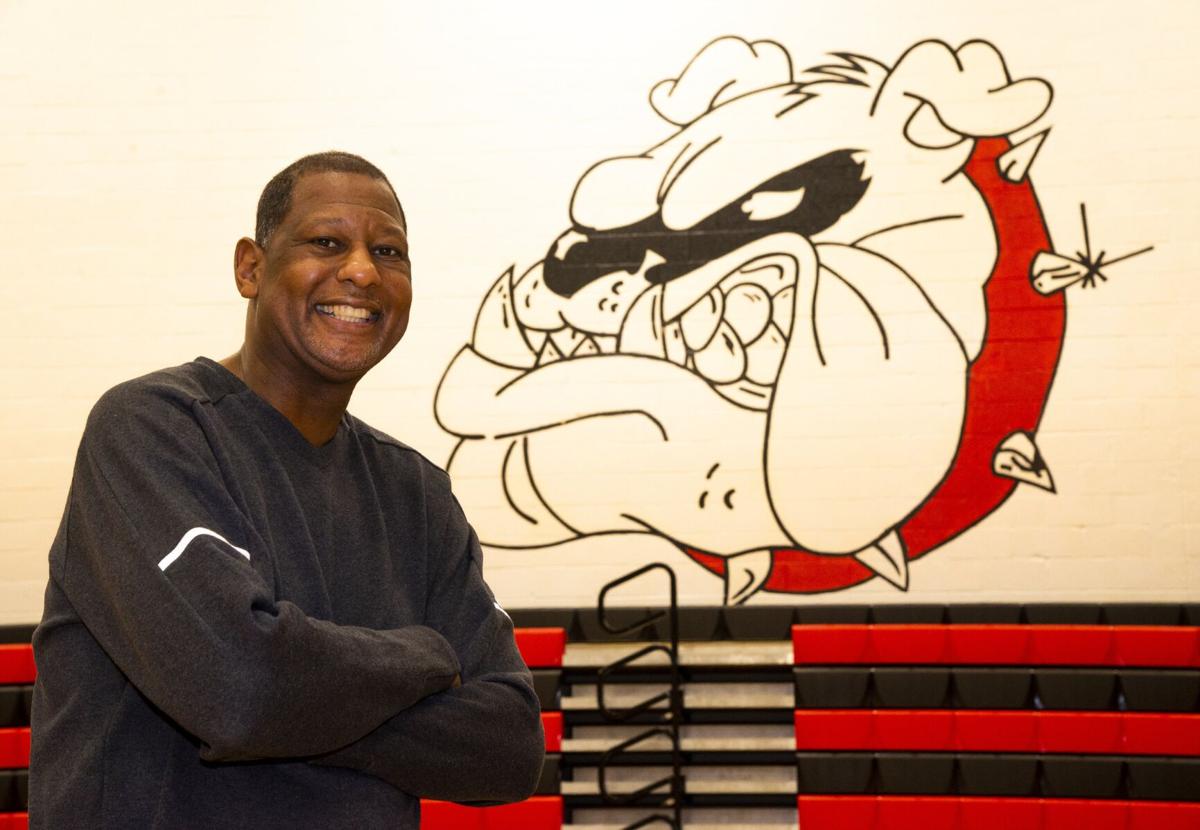 HIGHLAND — A month and a half removed from kidney transplant surgery, Highland High basketball coach Deryl Cunningham is ready to return to the bench.

Cunningham, 50, on Thursday received medical clearance to return to the bench. He will coach the Bulldogs on Friday when they play at Mascoutah.

“I have a lot be thankful for,” said Cunningham, who has made a seamless recovery from the Dec. 1 procedure at St. Louis University Hospital. “I’ve recovered as fast as anyone the doctors have seen.”

Cunningham coached the first five games of the season. Assistant Cody Best has served as the Bulldogs’ interim head coach during Cunningham’s absence.

“I know the kids are going to be excited, and I know I’m going to be excited to have him back,” Best said. “To be able to finish the season with some normalcy will be nice for everybody. I have all the respect in the world for him.”

Cunningham is eager to get back to the grind. He has been following the team during his recovery and believes it can have a successful second half of the season. Highland (8-10) snapped a five-game losing streak with a 53-35 victory over Wesclin on Saturday in the Highland Shootout. It followed with a 51-50 win at Jerseyville on Wednesday.

“It’s been really fun with Coach Best. He’s doing a great job filling in and the team hasn’t missed a beat,” Bulldogs junior Cade Altadonna said. “But we’re all pretty excited about getting Coach Cunningham back, too. It will get us back to our normal ways. We’ve all been praying for him and hoping for the best.”

It’s been quite a journey for Cunningham, who was hired in 2019. Cunningham was hit with COVID-19 in 2019. Already battling a compromised kidney, the virus sent him into dialysis three days a week, four hours at a time.

Cunningham needed a new kidney. It came from a first cousin, Tanya Woods.

“The doctors said I couldn’t have had a better match,” Cunningham said. “(Woods) told me I was getting a real good kidney, and they confirmed that.”

There were anxious times for Cunningham during dialysis, before and even after he learned in January 2021 that Woods’ kidney was a match. He said he occasionally became impatient during the process, although he did his level best to maintain regular activities.

Cunningham went to his job at CEO Academy in Troy, managed his disc jockey business, attended his son’s and daughter’s games and even mowed his lawn.

“I didn’t miss a beat,” said Cunningham, a Chicago native. “A lot of people who go through dialysis are too weak to work. I started out a little weak, but I got a lot stronger as time went on. As a matter of fact, I started pulling 17-hour days on dialysis days. I got up at 4:15 in the morning. I would start dialysis at 5 o’clock and go until 9 a.m., then go straight to work from there. I would usually go home for a hot second and then go to practice. I had good energy.

“I’ve never been a person to be, ‘Why did this happen to me?’ It was more like, ‘OK, this is what I’m going through now. Can I still coach? Can I still work? Can I still run by DJ business?’” I had a catheter in my chest for 14 months, but I worked, I coached. Through all that, there were some positives. I could still walk, I could still move.”

Cunningham’s sister, Charise Walker, had hoped to provide a kidney for her younger brother, but was not a genetic match. It was a temporary setback. About two months later, in January 2021, Cunningham was informed by his family and doctors that Woods was a match for the transplant.

“It took me by surprise,” Cunningham said. “I guess the family had been talking about (the possibility), but they didn’t tell me anything because if things didn’t work out, they didn’t want me to be disappointed. But things did work out, and I’m really proud of (Woods). I couldn’t thank her enough.”

Walker and Woods were just part of a large support system that included Cunningham’s wife, Maria, his mom, Dianne Harris, his dad, Homer Cunningham, and others.

Harris left her son’s home Tuesday after a monthlong stay. Her homestyle cooking, Cunningham said, played a major role in his recovery from surgery.

“She made blueberry pies, sweet potato pies, made dinner. It just made life easier,” Cunningham said. “It’s nice when the dinner’s made sometimes. We spent a lot of good time together. We watched movies. She and my son were playing Monopoly three or four times a day. Me, my mom and my son were playing Dominoes until 2, 2:30 in the morning.

Deryl Cunningham also lauded the medical team at St. Louis University Hospital, led by doctors Henry Randall and Mustafa Nazzal. But there were so many others, including members of his dialysis team. Cunningham even forged strong relationships with other patients.

“Some of them didn’t make it,” Cunningham said somberly.

Cunningham played basketball at St. Joseph High School under legendary coach Gene Pingatore, who died in June 2019. Cunningham then played one year at DePaul before transferring to Kansas State, where he spent the next three seasons under coach Dana Altman, who now is at the University of Oregon.

Altman has kept in touch with Cunningham, too.

“I’ve talked to Coach Altman a few times,” Cunningham said. “Coach Altman has always been great. The one thing I love about Coach Altman is he’s always gotten back to me, and it’s not like two or three weeks later. He gets back to me pretty fast. That absolutely means something.”

Through all he has endured, basketball has been Cunningham’s constant friend. And now that he’s well again, it’s waiting for him. He can’t wait to give back, working with his players in practices and games.

That, perhaps, is something that will never again happen to Cunningham.

As the final seconds of double overtime ticked away Friday, Logan Cathell dribbled past midcourt.

SAPPINGTON — Mason Ribble knew all too well what was coming when the Lindbergh High boys basketball team hosted Westminster on Thursday night.

De Smet bounced back with a clutch conference win after losing an 82-79 nail-biter at Chaminade on Monday.

John Burroughs sophomore Allie Turner scored 18 points and grabbed nine rebounds to lead the Bombers to a 49-40 win over rival MICDS in a Metro League showdown on Friday in Ladue. Burroughs has won five of its last six games.

This week will go a long way to determining who lays claim to the Metro Catholic Conference title this season.

LADUE — Brandon Mitchell-Day had his mind made up as soon as he saw the vacant lane.