De Smet: By the numbers

Antoine Shell looked into the near empty grandstand and had flashbacks.

The starting senior center on the De Smet football team’s offensive line, Shell and his teammates began their pregame warmups on Faurot Field in Columbia in front of a sparse section of Spartans.

On the other side of Memorial Stadium it appeared that every last resident of Joplin was settling in for the town’s first championship game in more than three decades.

De Smet won its first football championship in 2005. Its 14-year dry spell wasn’t nearly as long as Joplin’s but it certainly felt every bit of those 5,113 days. Most of the Class of 2020 was welcomed to the varsity as sophomores when the Spartans went 1-9 and were outscored on average 39-21. If that wasn’t bad enough, they were often greeted by a grim sight in the stands when they returned for the second half.

“We came out after halftime and it was really empty,” senior wide receiver Jordan Johnson said. “It was rough.”

Those hard times proved fruitful. Save one heart-stopping win over Chaminade, De Smet plowed through its opponents this fall. The Spartans went 14-0, held nine opponents to seven points or fewer and outscored the competition on average 44-9.

“This year if they left it was because we were blowing out the other team,” Shell said.

Which is why Shell was a little confused and had a twinge of unease when the crowd was so small before the Class 6 championship game in November. This year was different at De Smet.

In so many ways.

Just the week prior, the soccer team captured the Class 4 state championship, its sixth title and first since 2011. Shell and his teammates were there to watch the soccer boys survive overtime and 13 rounds of penalty kicks to knock off an unbeaten Lee’s Summit at Soccer Park.

The football team couldn’t make the start of the championship match, they were on a bus returning from handing Raymore-Peculiar a 37-0 mercy-clock beating in a semifinal. When they finally arrived back at school, they quickly unloaded and then carpooled over to Soccer Park where the match was still scoreless.

“When we got there (the fans) were going crazy, they were surprised,” Shell said. “We came into the soccer game with high energy, we woke up the crowd for sure.”

Shell’s unease about crowd at Faurot Field was quelled when the Spartans were introduced before kickoff. Whether tailgating in the parking lot or just cutting it close, the De Smet faithful arrived right on time and in full force.

“When we came out, everybody was there,” Shell said.

On consecutive Saturdays Spartan fans witnessed history as De Smet beat Joplin, 35-20, to capture its second state football championship. The football and soccer championships combined with a resurgent basketball season and individual state championships from wrestlers Colton King (106 pounds) and Jacobi Jackson (285) helped cement De Smet as the STLhighschoolsports.com large-school program of the year. It’s the first time De Smet has been selected since the award was instituted in 2001-2002.

It’s also the first time this award has been presented without a spring season to consider. Due to the coronavirus pandemic, no spring sports were played and no champions were crowned. Which means, technically, De Smet remains the defending Class 5 state baseball champion. Which is fitting. When the baseball team shook off a sub .500 record and stunned its own school by claiming the program’s second baseball title last spring, it helped ignite an athletic renaissance De Smet has been working toward for the better part of three years.

“These kids just support each other, they want what each other has,” De Smet athletics director John Pukala said. “Winning that baseball championship in the spring spurred that on.”

There were signs this wave of success was coming. The soccer team was the state runner-up in 2018 to arch rival CBC. The football team went 9-3 before it lost in a Class 6 district championship, also to CBC.

“You could kind of see it building,” De Smet soccer coach Josh Klein said. “You got a clear message that something was happening here. There’s a great energy in the building.”

Energy and expectations are nice, but until the Spartans showed they could put a banner on the wall it was all just talk.

A wingback and one of four captains on the soccer team, Grewe said the soccer Spartans were already champing at the bit for another run to state. The baseball team reveling in an unexpected championship provided a different kind of motivation.

“Everyone saw how excited they were and how happy they were,” Grewe said. “Those guys are your friends but you’re definitely jealous.”

Now Grewe and crew are the ones to envy. Grewe and the other captains on the soccer team were chosen to help design their championship ring. There’s a lot that goes into wearing a captain’s armband on the pitch but there’s simply nothing quite like putting your stamp on something that will be a treasured keepsake for the rest of your and your teammates lives.

“That was something that was too good to be true,” Grewe said. “It was a surreal feeling.”

While nothing is promised, De Smet’s reign as a powerhouse is primed to continue in the near future. The soccer team lost a talented class of seniors but also had a significant number of juniors who made an impact coming back.

The football team returns much of its stalwart defense, all three of its NCAA Division I caliber running backs and much of its offensive line.

The basketball team, which won 20 games in back-to-back seasons for the first time in 18 years, lost a hard-fought district championship to CBC in March and loses just one senior. During the regular season, the basketball Spartans were the Metro Catholic Conference runner up. They beat Chaminade at least once in consecutive seasons for the first time since 2006. They ended a 16-game losing streak to the Cadets which they celebrated by storming their own court.

“Basketball games are always fun,” Johnson said. “When we beat CBC that was the best feeling ever.”

It’s a feeling the Spartans got used to this year and one they hope carries on.

Football: Posted an 8-3 record. Two of the three losses came against MCC rival De Smet, including a season-ending setback in the second round of the Class 6 playoffs. Finished No. 3 in final STLhighschoolsports.com large-school rankings.

Boys soccer: 14-11-2 season included a district title before losing in Class 4 sectional round to Kirkwood.

Boys soccer: Posted 22-5-1 record, which was most victories for the program since a record-setting 25 in 2000. Tigers finished third in Class 3A in their first state tournament appearance since 2013. Lost in overtime in semifinals to eventual champion West Chicago.

Girls basketball: Captured 11th consecutive Southwestern Conference title during a 27-2 season that ended with 4A sectional semifinal loss to O’Fallon — the program’s earliest exit since 2006.

Football: 8-3 and reached second round of Class 8A playoffs in ninth consecutive postseason appearance.

Boys wrestling: Won Class 3A sectional team title for the ninth consecutive season, then had one champion (the program’s second ever) and a runner-up at the individual state tournament. Luke Odom won at 160 pounds and was All-Metro wrestler of the year.

Boys basketball: 23-10, tied for third in SWC with East St. Louis and Belleville West at 6-6. Lost in regional final to O’Fallon. Bounceback season.

Football: Set a program record for victories during a 10-2 season. Lost in Class 6 quarterfinals at Joplin, falling one victory short of first district championship and first appearance in semifinals.

Girls swimming and diving: Repeated as Class 2 state team champions behind 10 all-state finishes, highlighted by a victory in the 200-yard freestyle relay.

Boys basketball: Finished 15-14 and won first district title since 2012 by beating rivals Lafayette and Eureka, avenging regular-season losses to both. Lost in Class 5 sectional to Chaminade.

Girls basketball: 17-10 record was program's best since 17-win campaign in 2012 and matched program's most victories (also in 2006 and 2010) since a 21-win season in 2005. Captured district crown for second consecutive season after winning its first in 2019, bowed out in Class 5 sectional loss to Kirkwood.

Softball: Won a district title for the fifth consecutive season. Fell in Class 4 sectional to Webster Groves to cap a 17-13 campaign.

Girls volleyball: 24-9-2 season was program's best since a 26-victory campaign in 2013. Lost to eventual state runner-up Lafayette in district semifinal.

Boys soccer: Won Class 3 state championship for the second time in four seasons and posted a 29-0-1 record, one better than the 2016 championship team's 28 victories and just one shy of program record of 30 set in 2004. Area's No. 1-ranked large school. Christian Kraus was All-Metro player of the year.

Girls basketball: Class 4 quarterfinal finish was the best in program history, as was its 26-4 record. Won Suburban Conference Green Pool crown and only second district title along the way.

Football: Posted a 10-2 record that was the program's first winning season since a 10-3 campaign in 2015. Reached Class 4 district final before falling to Ladue; only other loss was to Class 6 Kirkwood.

Softball: Bounced back after two losing seasons for a 17-5-1 record and won the top Suburban Conference division — the Yellow Pool — before losing in the district final to Oakville.

STLhighschoolsports.com program of the year: 2019-20

Before they were stars there, we covered them here. Meet our All-Decade All-Metro teams

Over the past two months, we re-introduced you to the best and brightest who played on the fields and courts around St. Louis for the last 10 years. See all the teams here.

The recent CBC graduate flipped the script with a sizzling 3-under 68 final round.

Brooke Biermann had no problem looking on the bright side.

The Westminster junior-to-be rallied from an early 2-stroke penalty to post a 17-over-par 88 in the opening round of the Gateway PGA Junior Tournament.

Sulin's blast helps Illusions get back on winning track

ST. CHARLES — The St. Louis Illusions softball team took it on the chin last weekend during a tournament in Indianapolis.

Harrison Zipfel, who will be an eighth grader at John Burroughs this fall, shot a 5-over 76 in the final round.

The plan also puts a 50-person limit on all indoor activities. 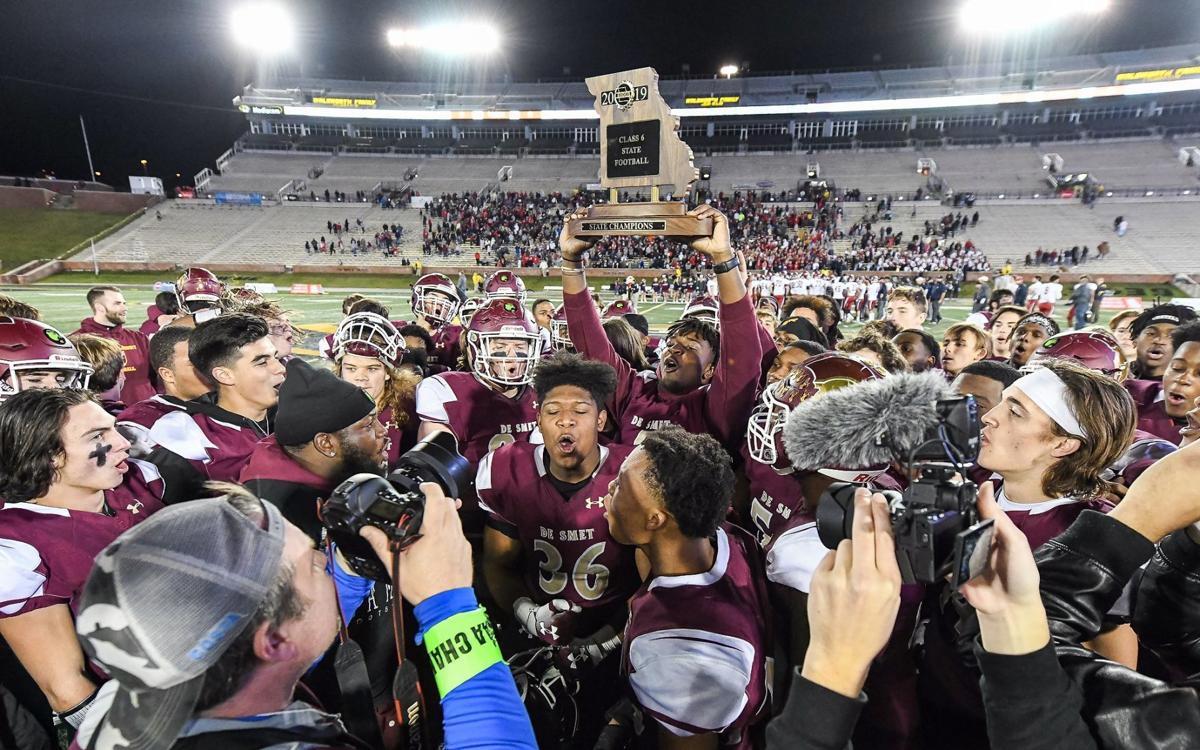 De Smet is the STLhighschoolsports.com large-school program of the year. De Smet experienced an athletic renaissance, winning state titles in football and soccer on consecutive Saturdays. 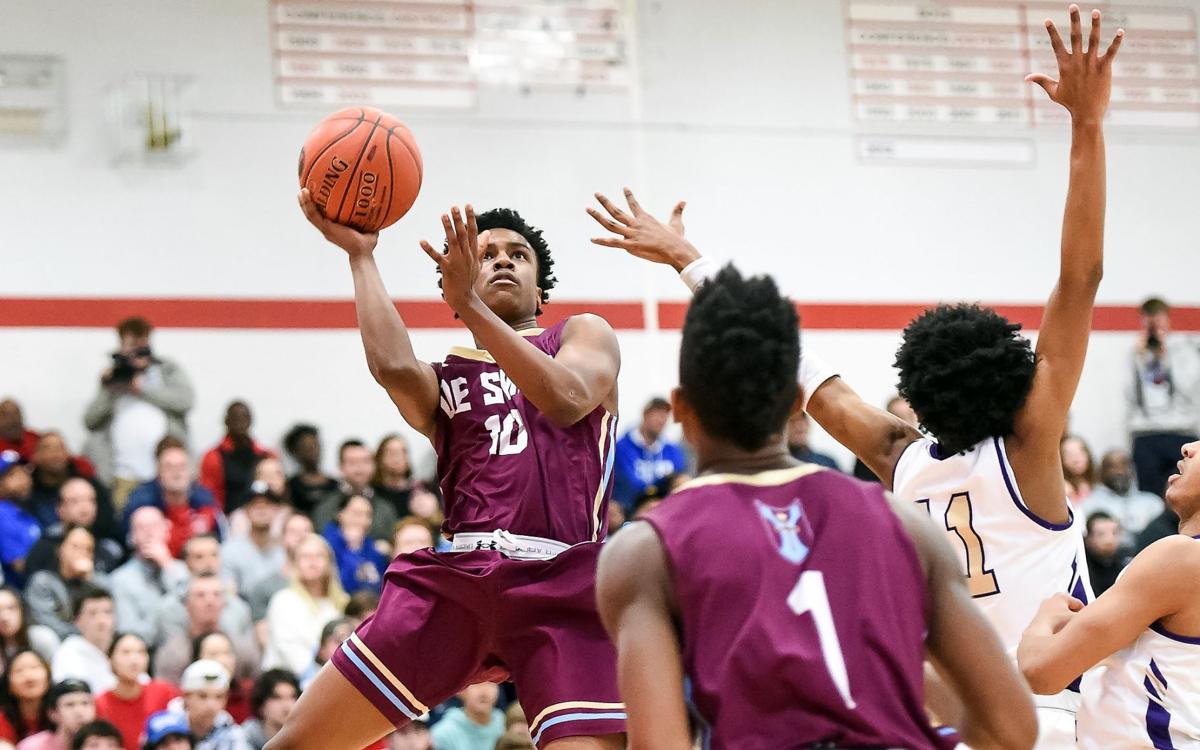 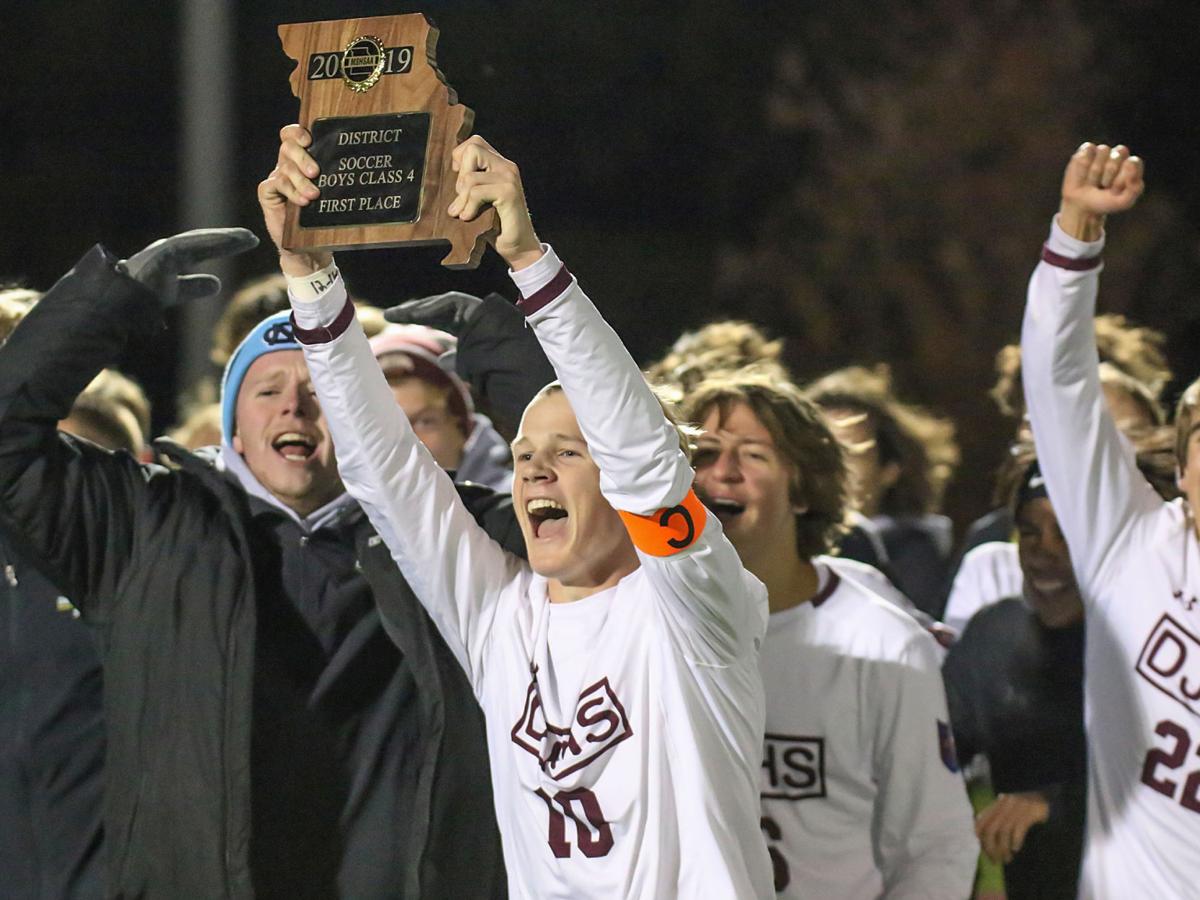