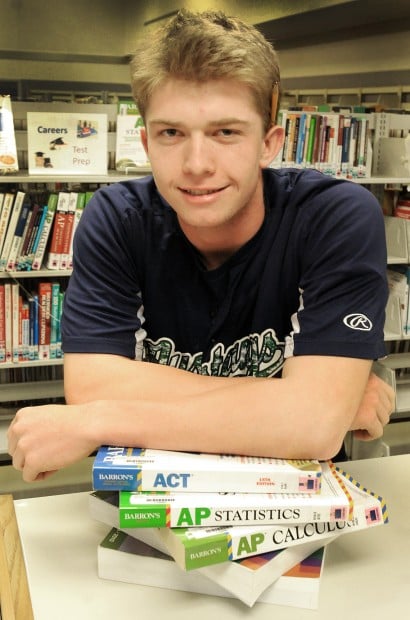 Matt Hink is the 2013 Scholar-Athlete from Marquette High School. Hink played basketball and baseball. He will attend Harvard University in the fall. 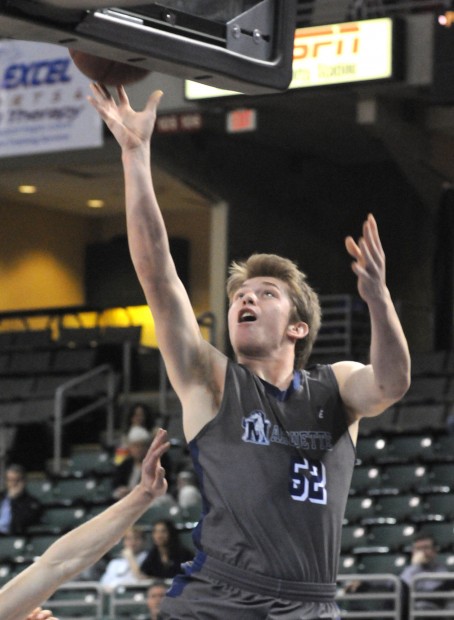 Marquette's Matt Hink pulls down a rebound during a December 2012 game against Fort Zumwalt North. The Mustangs won 55-46. 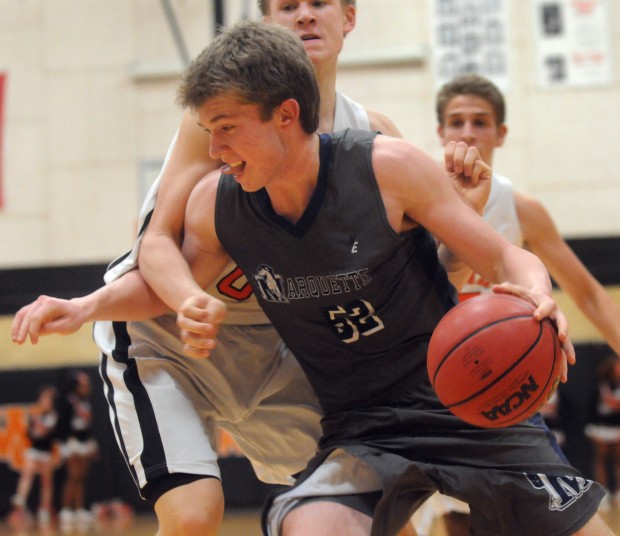 Matt Hink drives to the net against Webster defender Alex Floresca in the semifinal game of  the 13th Annual Webster Classic at Webster Groves High School in December 2012. The Mustangs won 66-44. 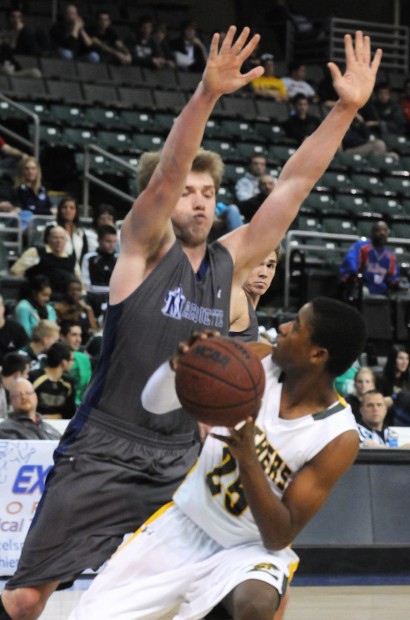 Matt Hink is the personification of hard work and determination.

A standout on the Marquette baseball and basketball teams, Hink boasts a 4.42 grade-point average and has been accepted to Harvard, where he will continue playing baseball and likely will major in engineering.

And he has managed to do it all while overcoming grave medical challenges.

Hink first faced health obstacles in eighth grade when he was sidelined from sports for 13 months because of a knee injury.

"Then, I'd been having back problems all summer a year and a half ago and went to a doctor at the end of the baseball season," said Hink, 18. "I took an MRI, and they thought they saw a tumor at the bottom of my spine. I freaked out. But then I got a second opinion, which found it was actually bone fractures."

For three months, he had to be in a full back brace, which he wore 24/7 for the first six weeks.

"That injury kept me out of the first half of my junior year of basketball," Hink said. "The doctor said the back thing apparently just happened over time, because I never felt any breaks."

He's happy to be recovered now. So are his parents, Lisa and Brent Hink, and his sister, Sarah, 23.

For his amazing accomplishments, Hink has been selected Marquette's 2013 Scholar-Athlete.

In baseball, he plays first base and pitches and anticipates he'll continue playing those positions at Harvard.

He's also a power forward with the Mustangs basketball team. Last year, that team made a final four run in the state tournament. This year, the team won its Suburban West Conference.

Academically, Hink's favorite courses include physics and AP calculus. If he can finish this school year strong, he'll have managed to go through Marquette with all As.

"Math is definitely my strongest subject, and it's always come naturally, which is partly why I'm pursuing engineering," he said.

Outside of school, Hink participates in the Fellowship of Christian Athletes.

Throughout high school, he was determined to take rigorous courses and play sports, "and I've learned to manage all that on- and off-the-field stuff."

"I think I balance it all well because I don't put stuff off," Hink said. "I'll go to a practice or game and then get right to school work. And I enjoy Marquette, which is one of the best schools in the state. The administrators and teachers are really there for you."

Since he was a child, Hink has dreamed of playing professional baseball. He was recruited by Harvard and other schools, including Duke, Villanova, Yale, Dartmouth and the Air Force Academy.

"I'll follow that as long as I can, but hopefully I can also excel at Harvard on the academic side," he said. "I've always been self-motivated because I want to become someone, be as successful as possible. And Harvard will give me the opportunity to follow that goal."

Although Hink admits to wearing down sometimes, he keeps pushing.

"I know that if I sit out a day, other guys are getting better and it's time I'm losing out on," Hink said. "Baseball is a sport that requires a lot of repetition. And, academically, I never want to cut corners or do the least possible."

The Scholar-Athlete program, in its 47th year, honors one senior from every participating school in the Post-Dispatch immediate coverage area.…

Matt Hink is the 2013 Scholar-Athlete from Marquette High School. Hink played basketball and baseball. He will attend Harvard University in the fall.

Marquette's Matt Hink pulls down a rebound during a December 2012 game against Fort Zumwalt North. The Mustangs won 55-46.

Matt Hink drives to the net against Webster defender Alex Floresca in the semifinal game of  the 13th Annual Webster Classic at Webster Groves High School in December 2012. The Mustangs won 66-44.