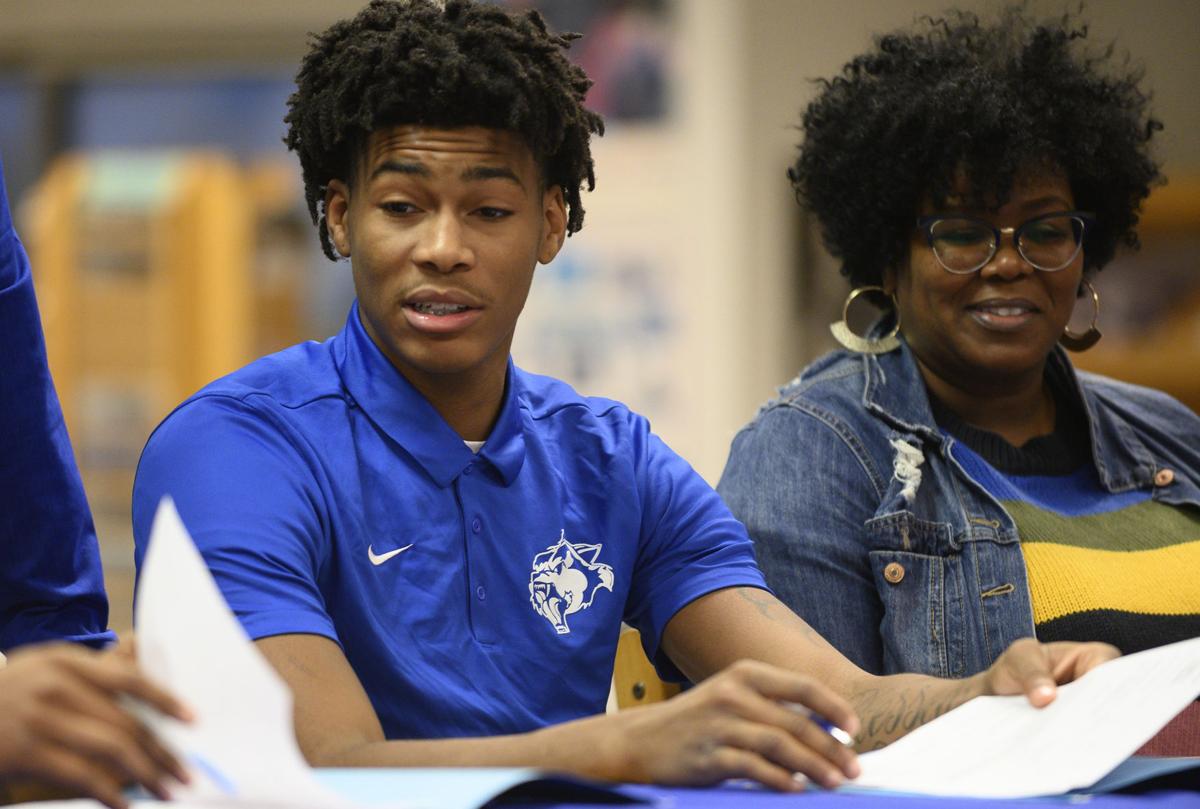 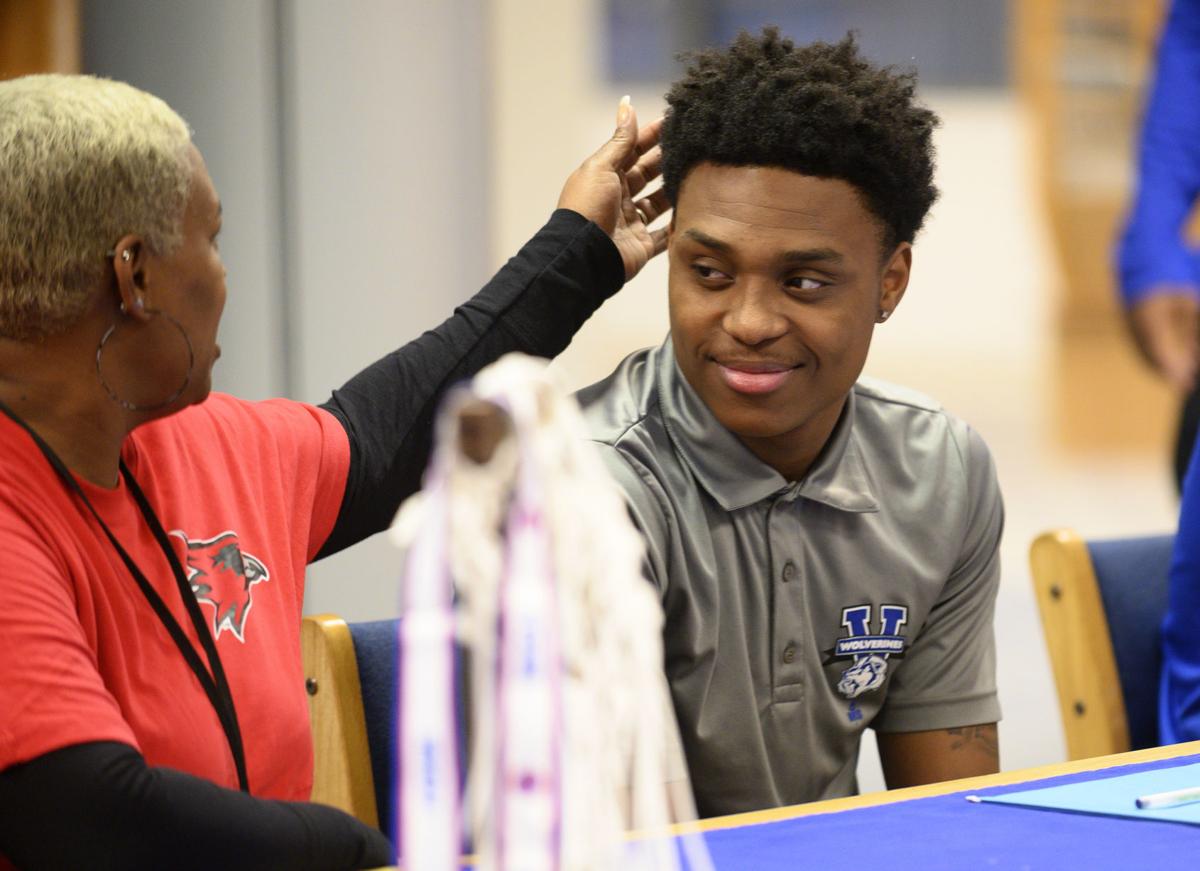 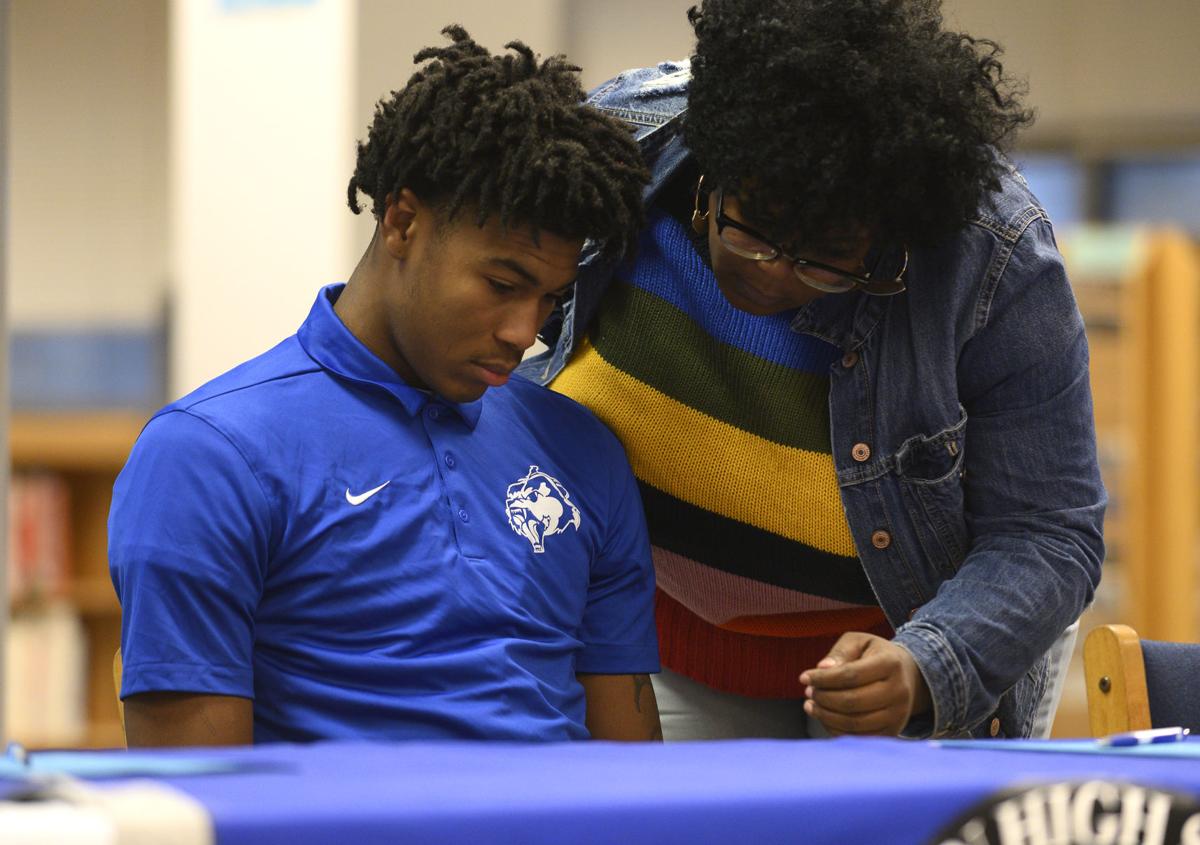 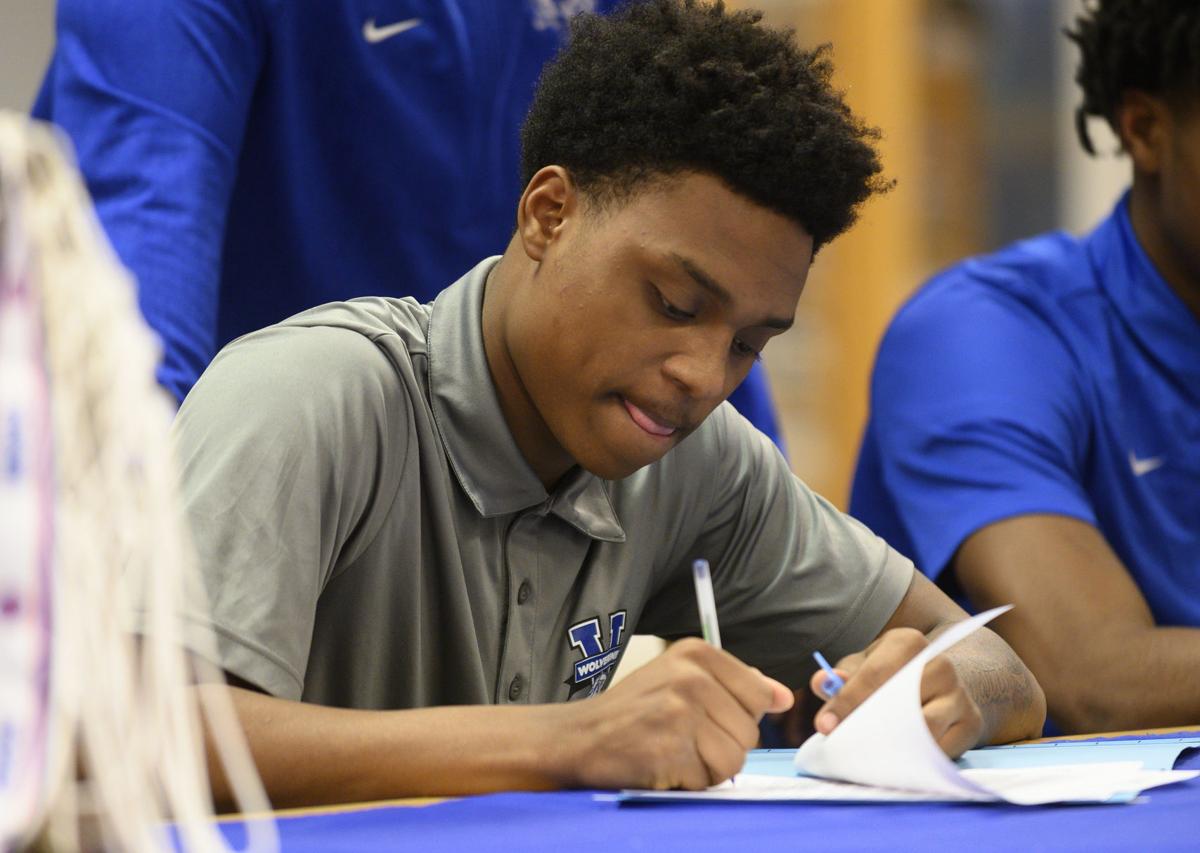 Tamika Fletcher decided to sign her third-grade son, Cam'Ron, up for a track and field team in an effort to channel his early grade-school energy.

"I thought that would be best for him," Tamika recalled.

Cam'Ron, a 6-foot-6-inch, 210-pound forward, realized a dream on Thursday afternoon when he signed a letter of intent to play college basketball at the University of Kentucky.

Fletcher, a senior at Vashon High, received offers from over 20 NCAA Division I programs and narrowed his choices to the University of Missouri and Kentucky before announcing his choice on Twitter back in early August.

He made it official in a ceremony in front of family and friends at Vashon High on Thursday.

After taking all factors into account, the Wildcats' rich tradition was simply too much for Fletcher to pass up. Kentucky has eight national championships and has reached the Final Four 17 times.

"How do you not want to play for Kentucky?" he said.

Fletcher's path was not a normal one. He tried running, at his mom's insistence. That didn't last long.

Fletcher then gave football a try as a wide receiver. He was mildly successful, yet it still didn't flip his switch.

So then, in fifth grade, he picked up a basketball for the very first time.

"You could tell right then, he just loved it," Tamika said. "Running, jumping, shooting. That was for him."

Fletcher made up for the late start with some rapid growth and development. He is currently ranked as the 37th best prospect in the country by Rivals and is 45th in the Class of 2020 according to ESPN.

He turned heads with an impressive spring performance in the Nike Elite Youth Basketball League while playing for the St. Louis-based Bradley Beal Elite team.

Kentucky won the Fletcher lottery for a variety of reasons — one of those was the honesty of coach John Calipari.

"Right from the start of the recruiting process (Calipari) told me the truth," Fletcher said. "He told me as a freshman nothing was going to be easy. I liked that."

Plus, Fletcher has dreams of a career in the NBA. The Wildcats staff has a reputation for helping get players to that next level.

Fletcher mentioned the possibility of leaving Kentucky after his freshman season and declaring for the NBA draft.

"They said they can help me to be (one-and-done)," Fletcher said. "If not, two years would be good. No matter how long it takes, I'll stay as long as I get there."

Vashon coach Tony Irons, who has helped many talented players get to the college level, feels Fletcher has an amazing upside.

"There's no ceiling as to what he can do," Irons said. "He hasn't even scratched the surface. I'm just happy he's getting the opportunity to live his dream.

Fletcher averaged 16.8 points and 3.8 rebounds last season in helping the Wolverines to their third state championship in the last four years.

This season, Fletcher will take more of a leadership role on a group that returns three key regulars from last year's title team.

Irons is expecting big things from Fletcher, who is still improving on a daily basis.

"When it's all said and done, he's going to be right where he wants to be," Irons said.

Fletcher will be the first St. Louis-area basketball player to play at Kentucky since Josh Harrellson, a St. Charles High grad, played there from 2008-2011.