MARYLAND HEIGHTS — Kelly Thames has never been so happy in blue.

Entering his 12th season as Pattonville’s boys basketball coach, Thames is generally decked out in green. He was a standout on the court in black and gold at the University of Missouri. He punched his ticket to the Tigers after a sensational career in red and black at Jennings High.

But Wednesday afternoon, Thames was in blue and sporting the widest smile his face would allow.

His son, Kellen, had signed to play college basketball with St. Louis U. and Billiken blue was everywhere, even on him.

“It’s a great feeling,” Thames said. “I know how hard he worked and this is what he wanted. He wanted to play at the college level.”

Basketball players have until Nov. 17 to sign in the early period. The regular signing period runs from April 13 through May 18. The first day football players can sign is Dec. 15 and all other sports can sign with NCAA Division I and Division II programs from Wednesday until Aug. 1.

Kellen, 17, is just happy to be on the other side of his recruiting process. In the best of times recruiting can be stressful and overwhelming. When the repercussions of COVID-19 and the NCAA’s response to it by granting a blanket extra year of eligibility are factored in it just made things more complicated.

“I knew everything was going to work itself through,” Kellen said. “During the COVID times I was working out at home. I had no access to a gym. I was just keeping my mind positive. I got the call and I was excited.”

SLU won Kellen’s commitment in part because it was the first to offer him a scholarship. He eventually landed more than a dozen, including Mizzou and Georgetown. But SLU’s willingness to take a chance on him when it did meant a great deal to Kellen.

“Those are the first people to believe in me. They were the first to give me an opportunity,” he said. “In that moment I felt like I knew where I was going to go.”

SLU landed an all-around talent who spent his junior year stuffing the stat sheet. Kellen averaged 19.2 points, 7.5 rebounds, 5.6 assists, 2.6 steals and nearly a block per game. He knocked down better than 72 percent of his free throws.

More importantly, Kellen’s production was critical as Pattonville went 22-2 for the best record in school history, won the sixth district title in school history and advanced to a Class 6 sectional.

By signing Wednesday he has given himself the gift of focus. Kellen can put everything he has into making the most out of a senior season that will start soon and end in the blink of an eye.

“He wanted to sign early and have his senior year to play free, play hard and try to do the same thing he did last year even better,” Kelly said. “It’s a relief. The burden is off his shoulders, he can have fun and play with his teammates and friends.”

Kellen is eager to get the winter season going. The Pirates have plenty to look forward to as they try to take the next step. Kellen wants to the team to be successful on the court and in doing so maybe catch some eyes and get his teammates a chance to have their own signing celebration.

“I can do it for these guys and hopefully get them opportunities to have a day like this,” he said.

It can be incredibly difficult for a kid to live in the immense shadow of a parent who was a highly successful athlete, especially when playing the same sport. Kelly has done what he can to alleviate that for his son. He wanted Kellen to find his own path. That basketball became his passion was a blessing.

"I just want him to be happy and be successful and I think he’s on the right path," Kelly said. "He loved the game. I just put him in good situations as far as him developing. Whatever happens, happens. I’m Dad first no matter what.”

Kelly can’t be Dad when he’s stalking the sideline in his green Pattonville jacket. He has to bottle up all the nerves, excitement, exasperation and emotions a parent goes through watching their child play. He’s responsible for everyone, not just Kellen. That will change once he matriculates to SLU. For the first time in a long time Kelly can just be Dad.

That alone is worth wearing Billiken blue.

“I can go to the games and cheer now,” Kelly said. “I’m happy for that, too. I’m just happy to see him happy.” 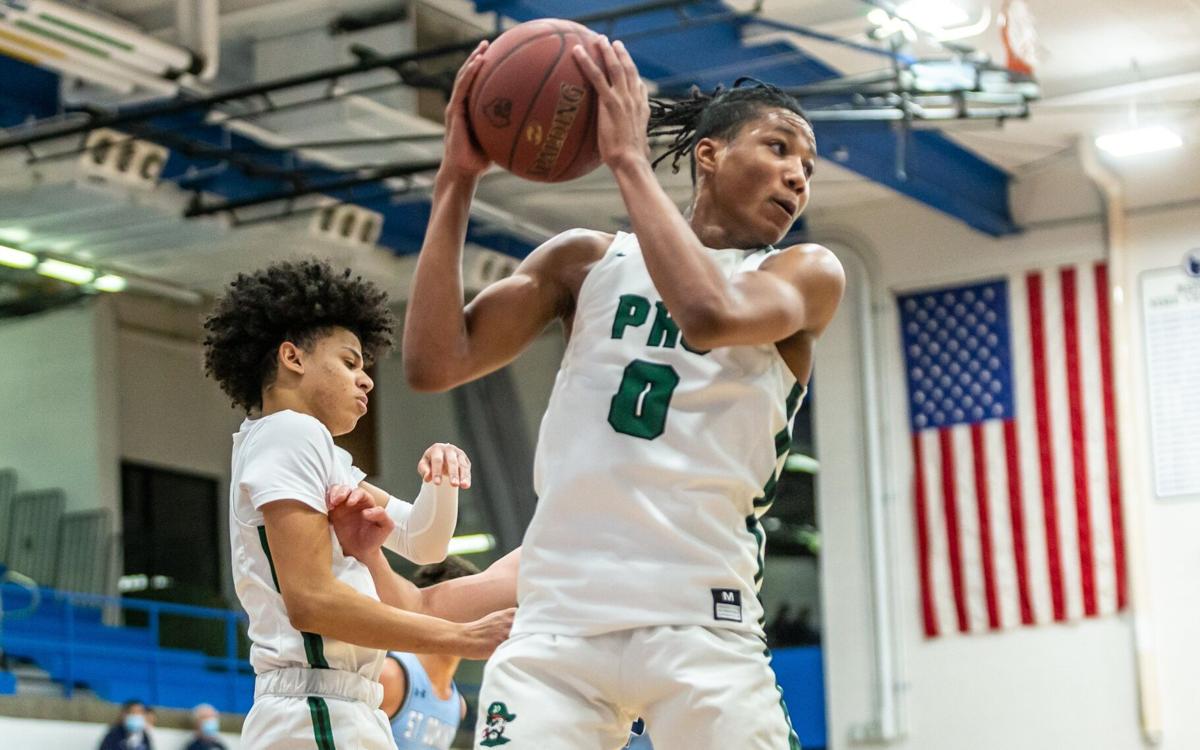 Pattonville's Kellen Thames brings in a rebound during the championship game of the 50th Blue Jay Invitational on Friday, Jan. 15, 2021, at Washington High School in Washington, Mo. Gordon Radford | Special to STLhighschoolsports.com 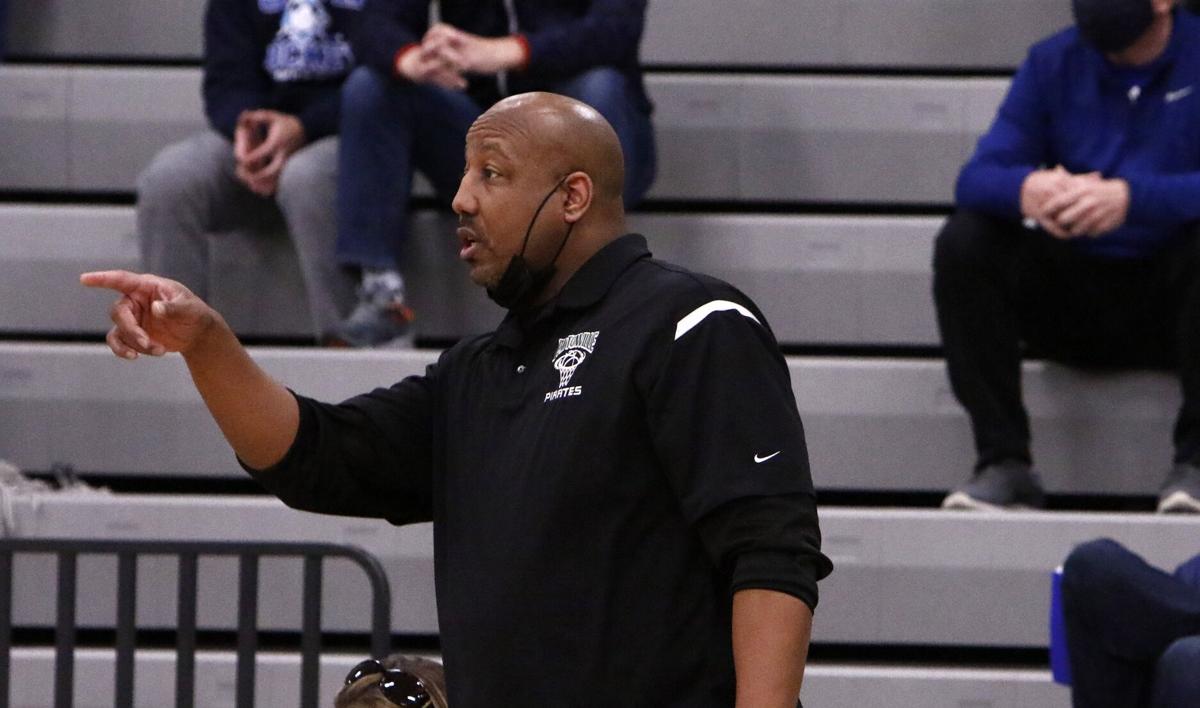