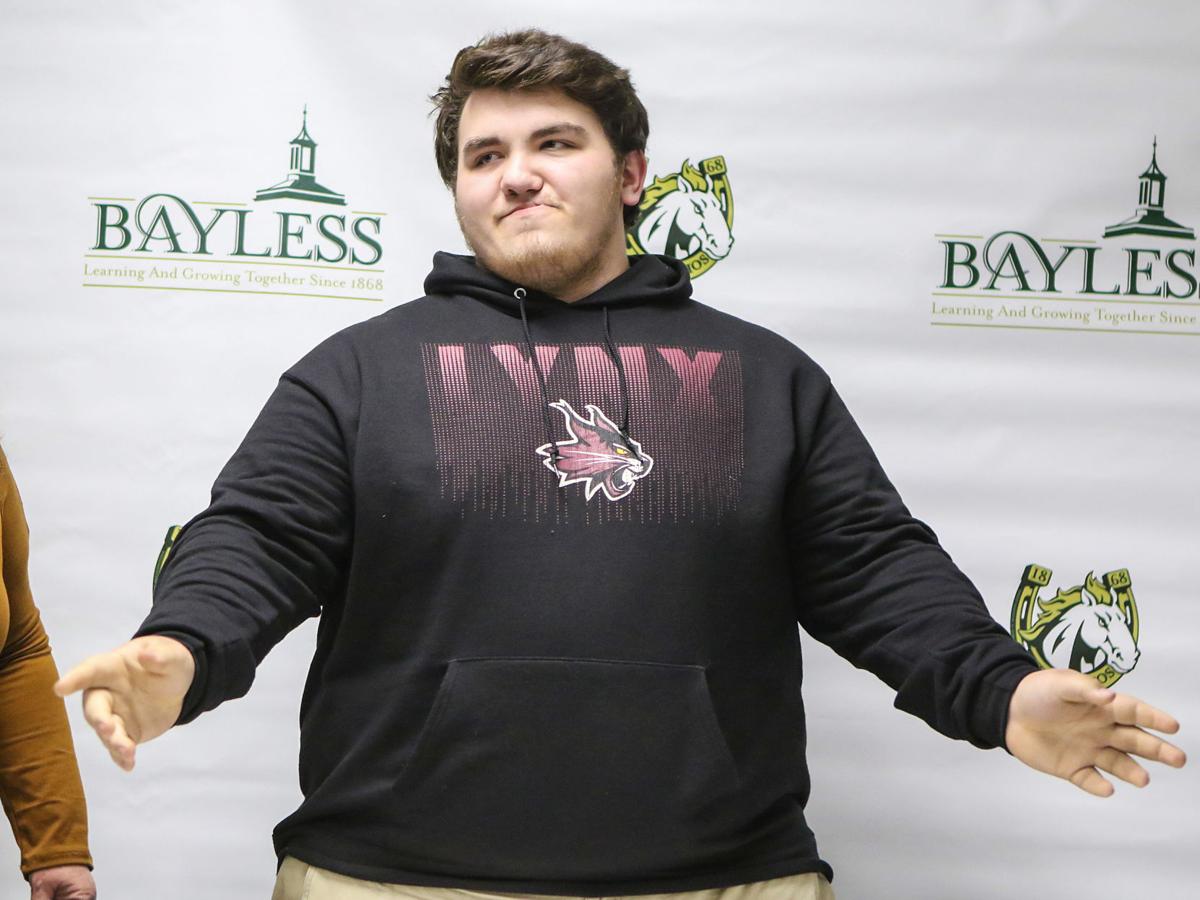 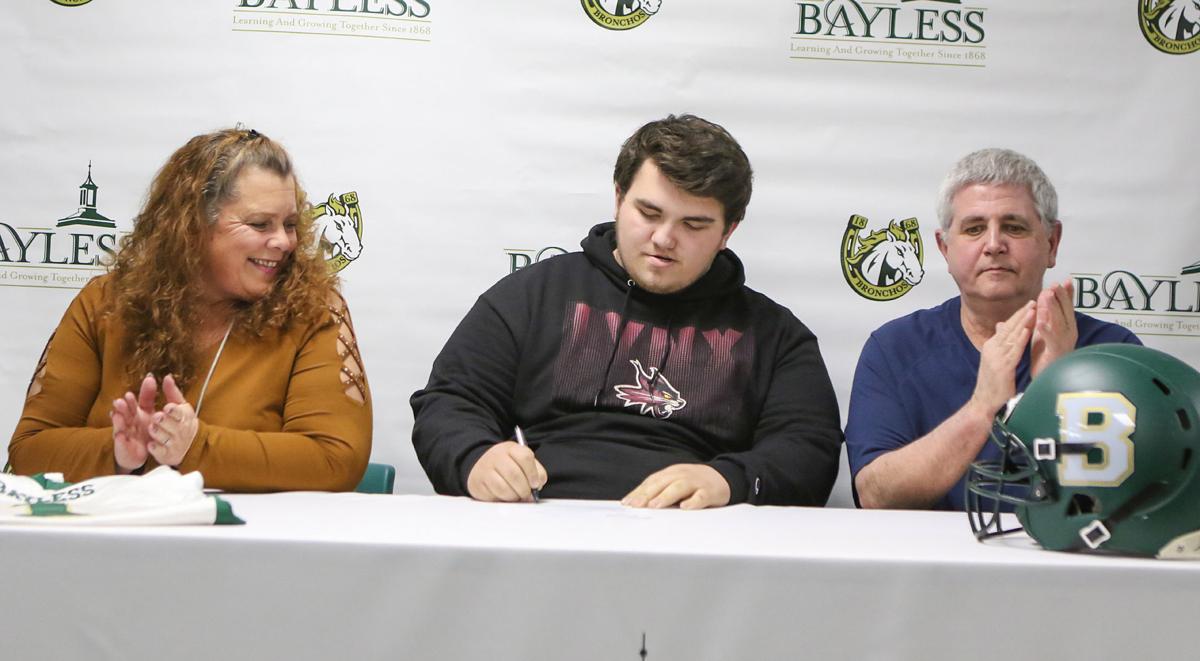 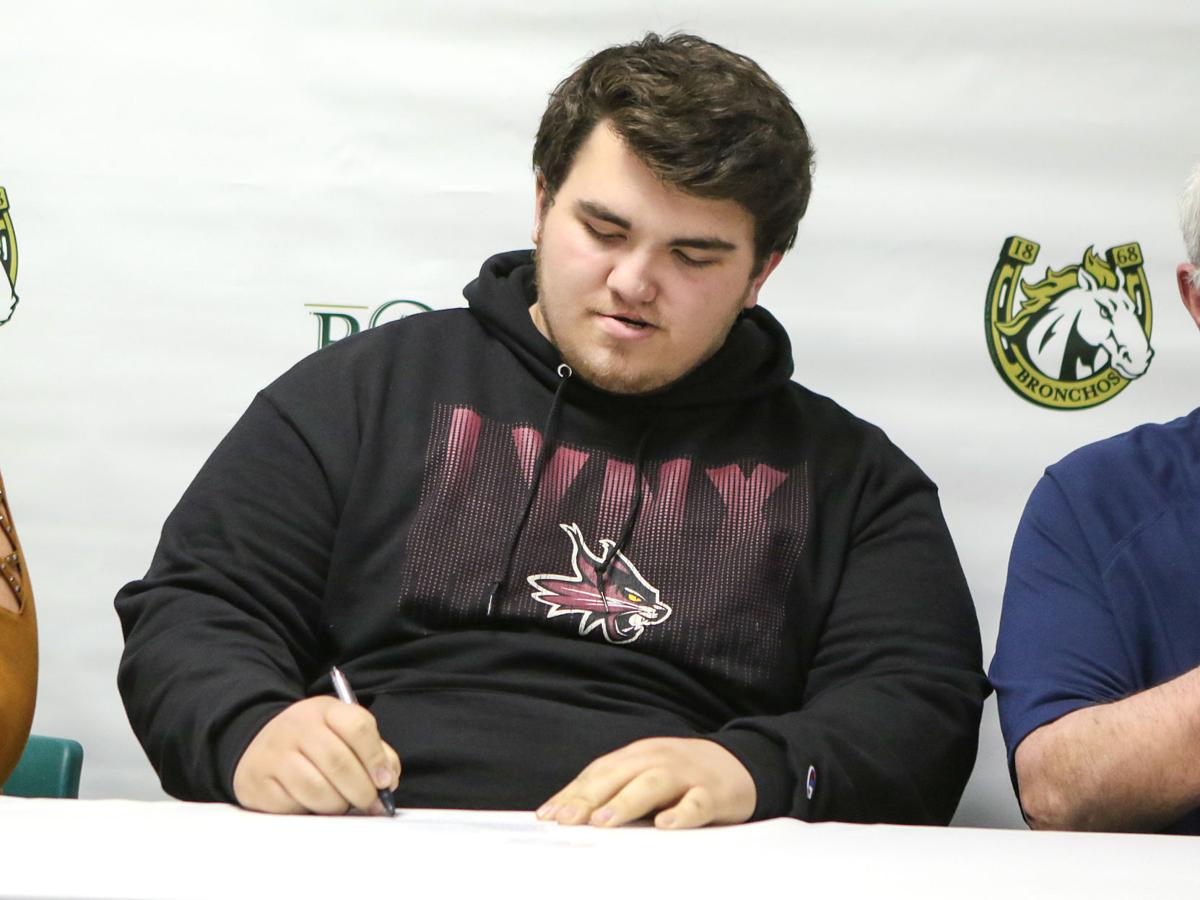 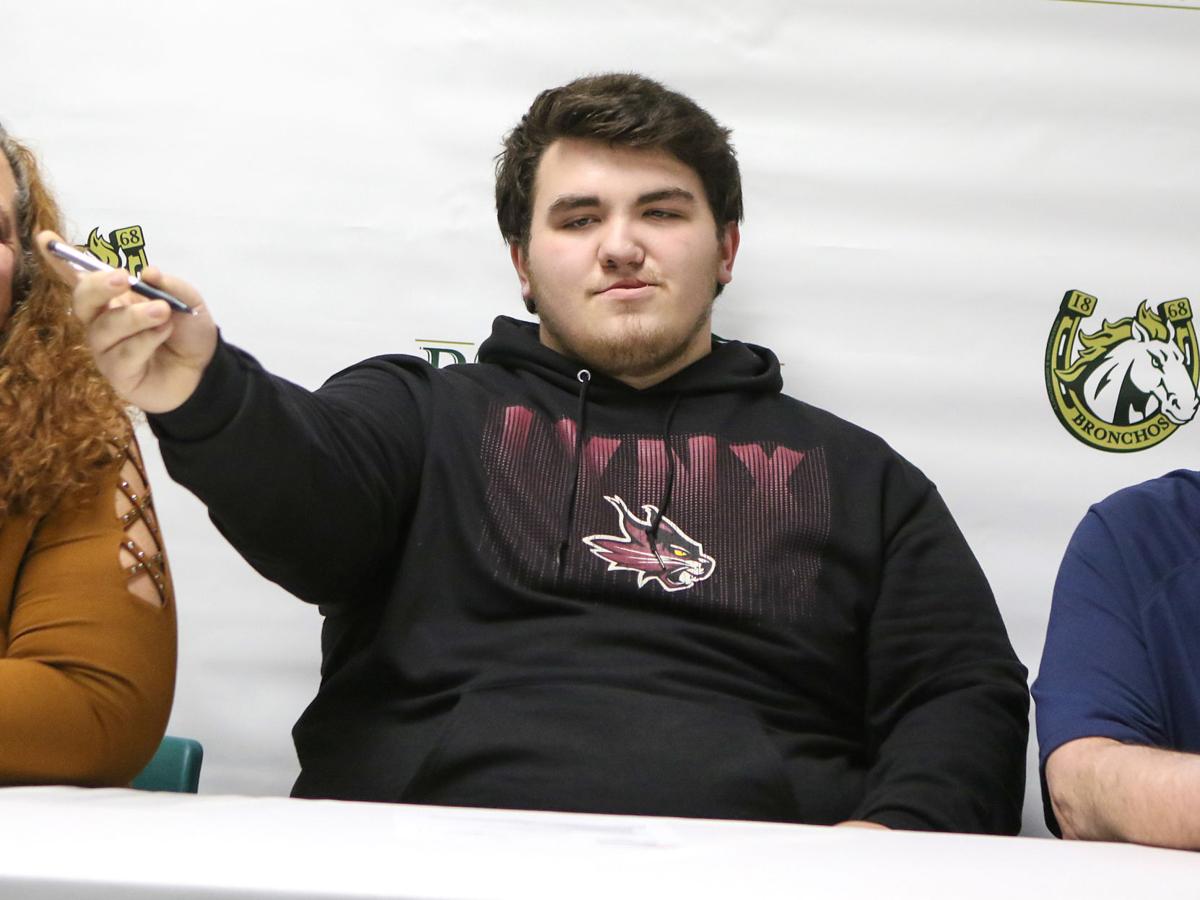 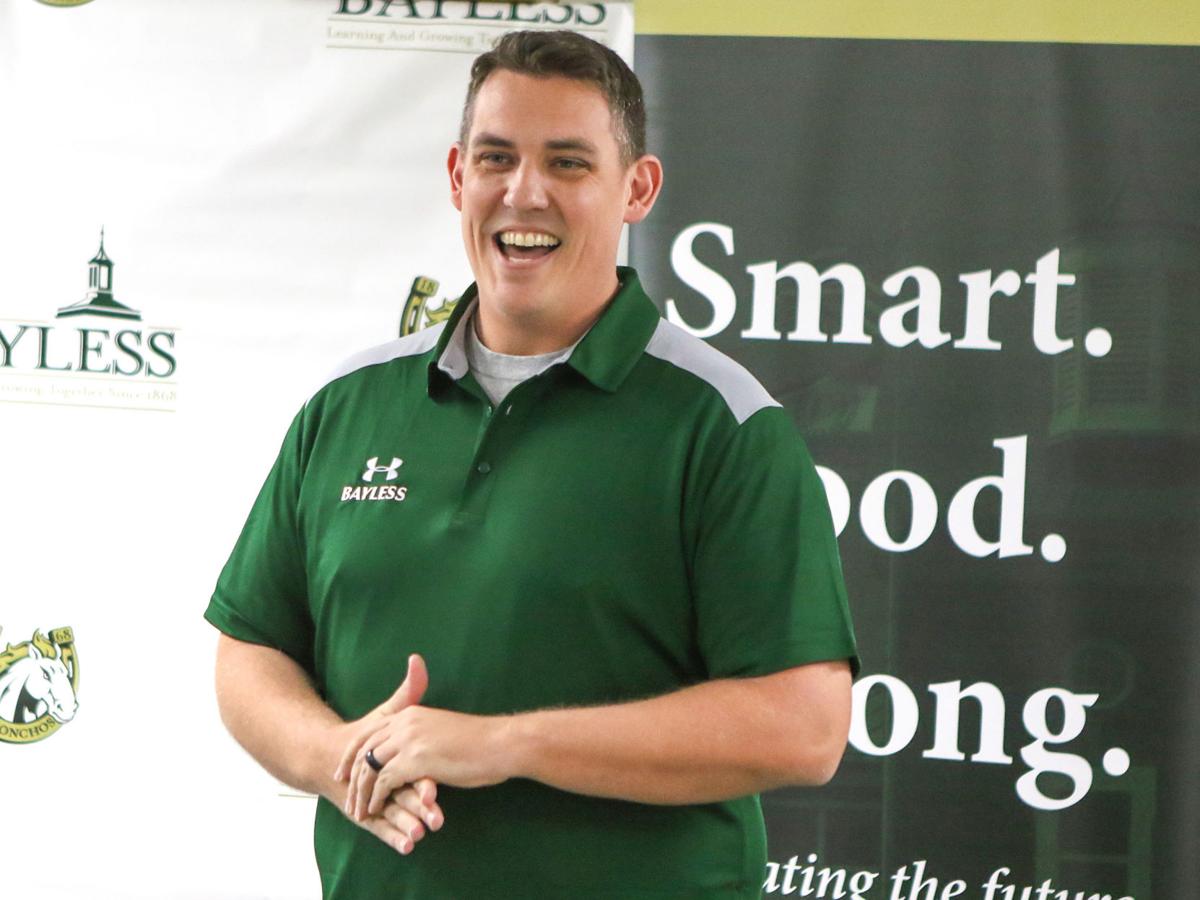 Bayless High might be new to hosting a football signing day ceremony, but it followed a golden rule.

Bring food for the lineman.

Senior offensive and defensive lineman Ryan Gaffney signed his letter of intent Wednesday morning in the Bayless High library to play at Lindenwood University-Belleville. Gaffney, his family and teammates were greeted by several trays of the finest fried food St. Louis has to offer. Mozzarella sticks, egg rolls and of course toasted raviolis were on the menu.

“Linemen always have to have food,” Gaffney said with a smile.

The 5-foot-10 and 310-pound Gaffney knows his way around the buffet. He turned himself in a pretty good football player, too. Gaffney is the first Bayless football player to sign with a college or university.

“I think it's a great honor to be the first one to play collegiate football out of Bayless,” Gaffney said. “I was sad when our season ended, but I'm glad I get to restart the next four years and continue playing the game I love.”

He's the first in part because the Bronchos are in their infancy. Bayless built its football program from the ground up four years ago when it started with just freshmen. Each year it added athletes from the class behind it. This past fall was the first varsity season for the Bronchos and it was anchored by the seniors who were the founding freshmen.

No one thought college football was in the plans when Gaffney was a freshman. Not even Gaffney.

“We had no idea what to expect because the majority of the guys had zero football experience,” Bayless coach Ryan Knight said. “Just watching him progress in the weight room, he's our strongest kid on the team by far. He did the right things. He took the right steps. He worked hard, showed up and it paid off. Now he's signing on national signing day.”

Gaffney, 18, didn't realize it was possible until after his sophomore season. That's when he started to believe college football was an achievable goal. He put that goal in his pocket and started working toward it on and off the field. But catching the eye of a program willing to take a chance on him was a big piece of the puzzle.

Knight and his staff are new to the recruiting game. It can be a meat grinder, especially if you're a program that goes 1-8 in its first varsity season like Bayless did in the fall.

“We're a small school in St. Louis, small fish,” Knight said. “It's tough, a lot of people are like 'Who are Bayless?' ”

The coaching staff put together film of Gaffney and started sharing it. They beat the bushes trying to drum up awareness of their program and the players within it. Over time they got some traction and now they're at least on the radar. Knight said a member of Missouri's staff dropped by the school to talk, which had the school district atwitter.

“He kind of put us on the map a little bit,” Knight said.

It's been the story of Gaffney's football career. He and his senior teammates have blazed the trail for the future Bronchos to follow. They were the foundation the program was built on, labored through the first varsity season, earned the program's first varsity win and now have their first college football recruit.

Gaffney hopes that his experience and example can be of use to his younger teammates and the future Bronchos. It's one thing to dream about playing college football. It's another to see someone who walked the same halls, worked out in the same weight room and played on the same field making that leap.

“I think they can see it's possible to play at the next level if they work hard enough and put in the dedication,” Gaffney said.

Knight said there is a good chance a few more seniors sign later in the period. Nothing would make him happier than having to host more ceremonies with more platters of fried delights as his fall Saturdays fill up with places to watch Bayless alums play football.

“This is the ultimate goal. You want to win games, but this is what we're doing it for,” Knight said. “We're taking care of our guys. Being able to go watch them on Saturdays is my goal as a head coach, that's exciting.”