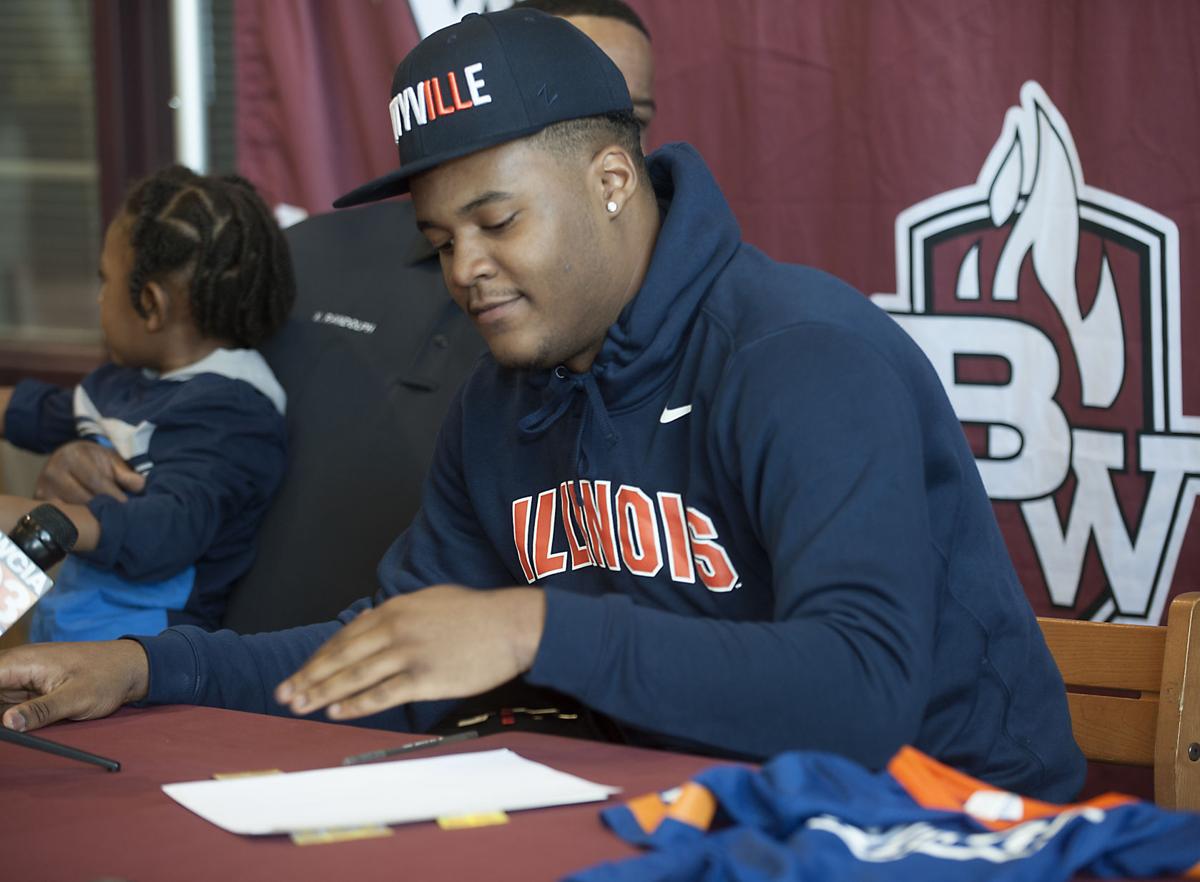 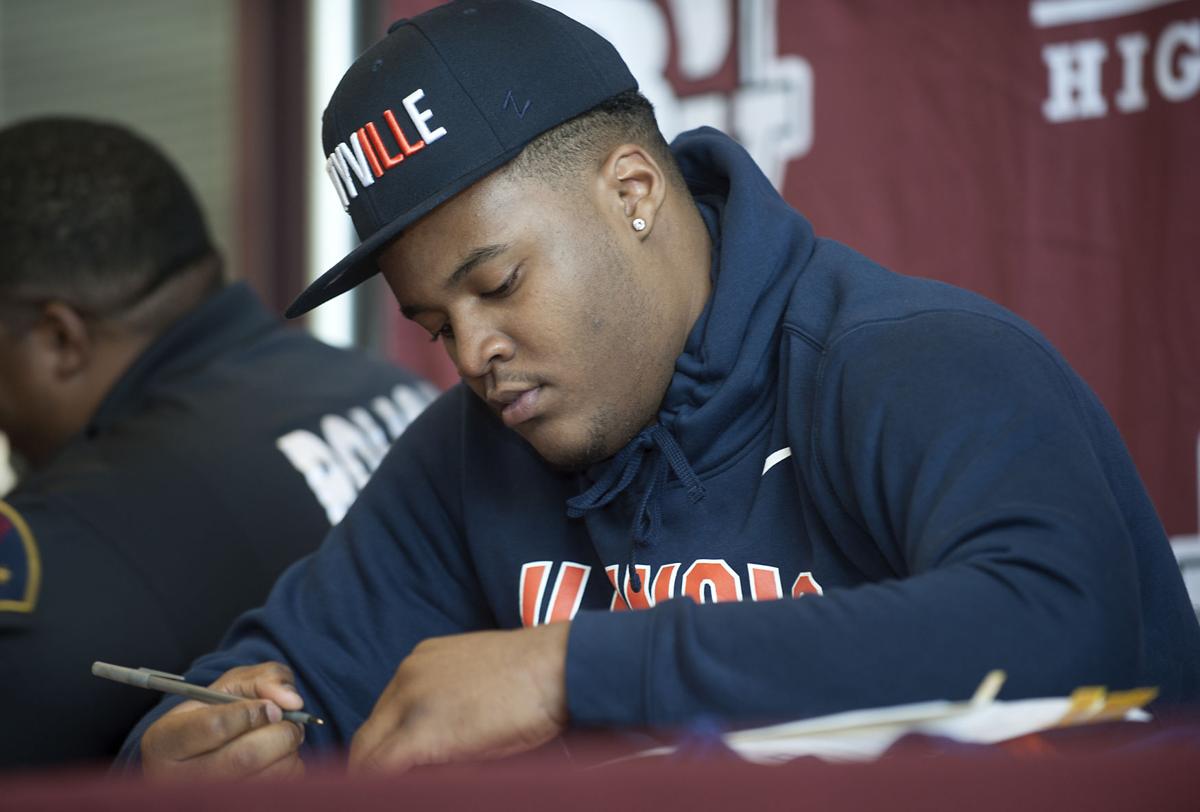 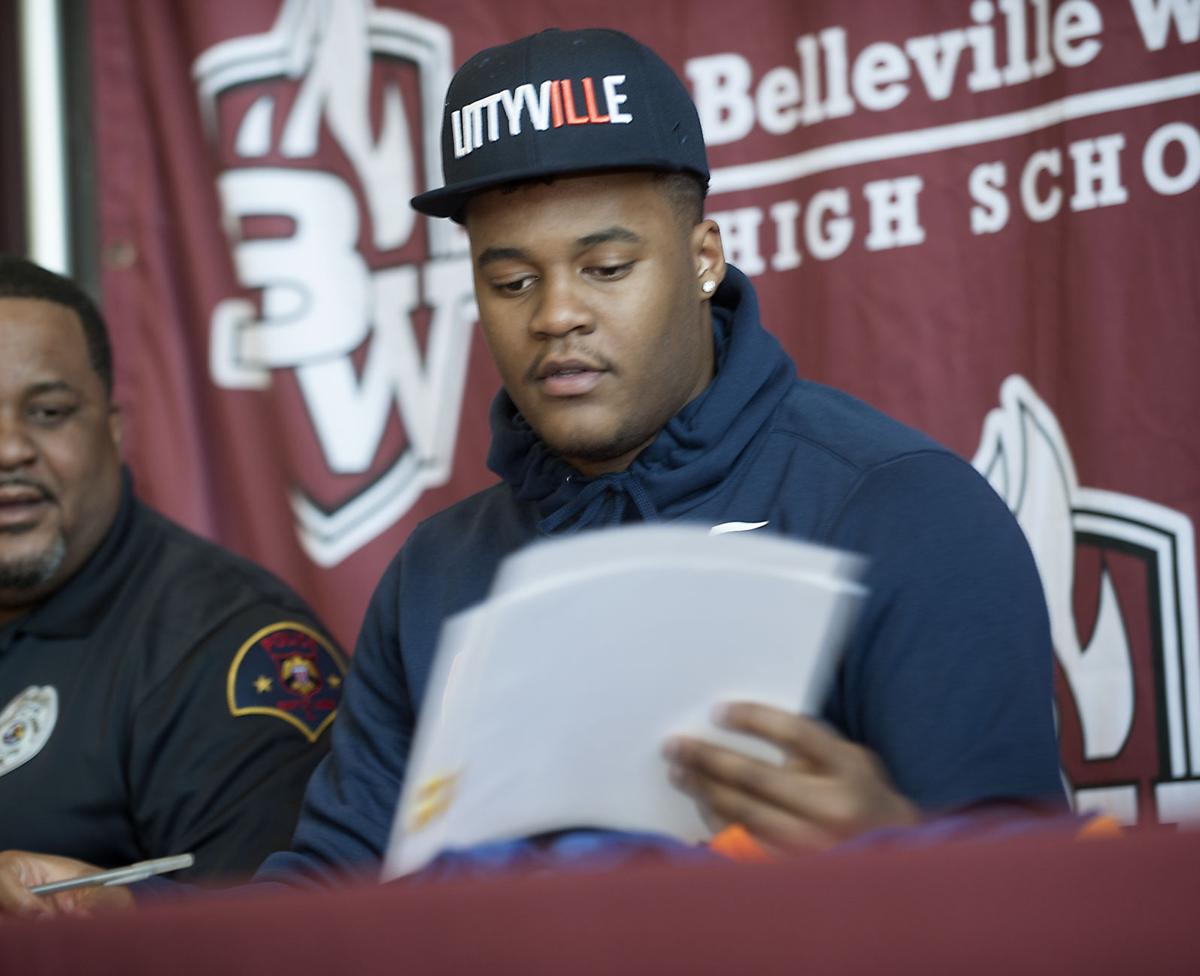 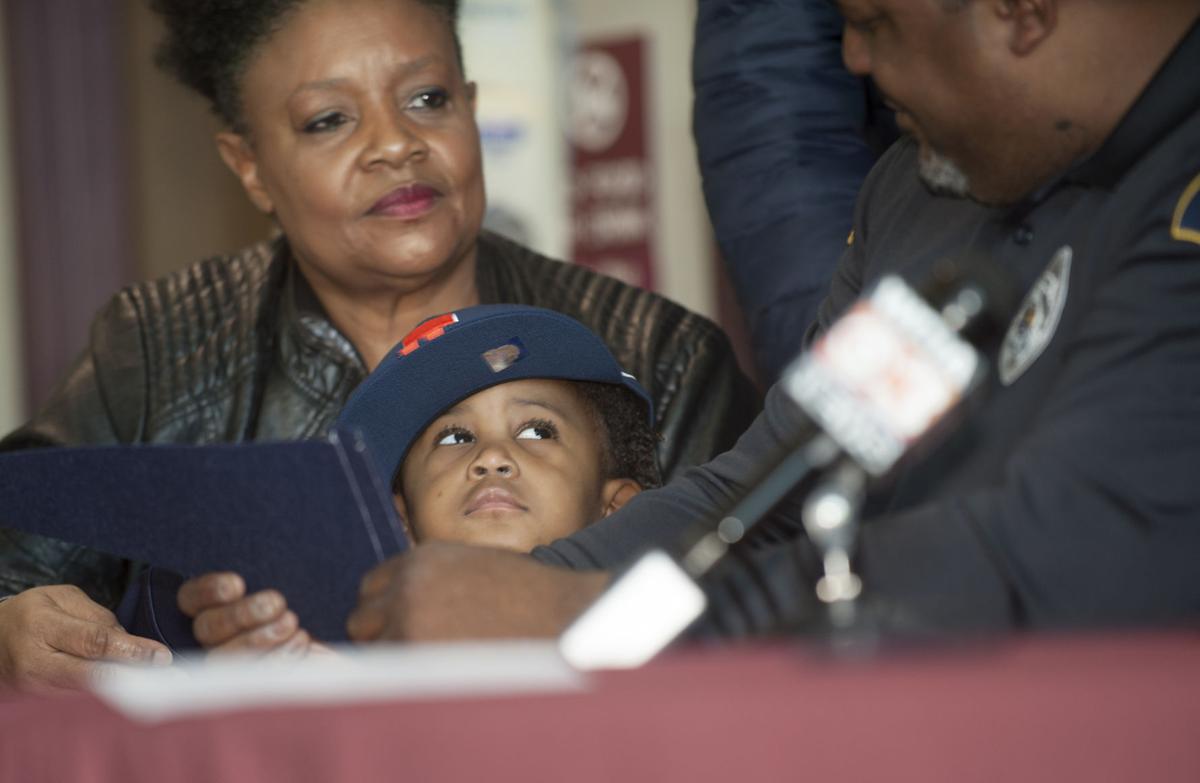 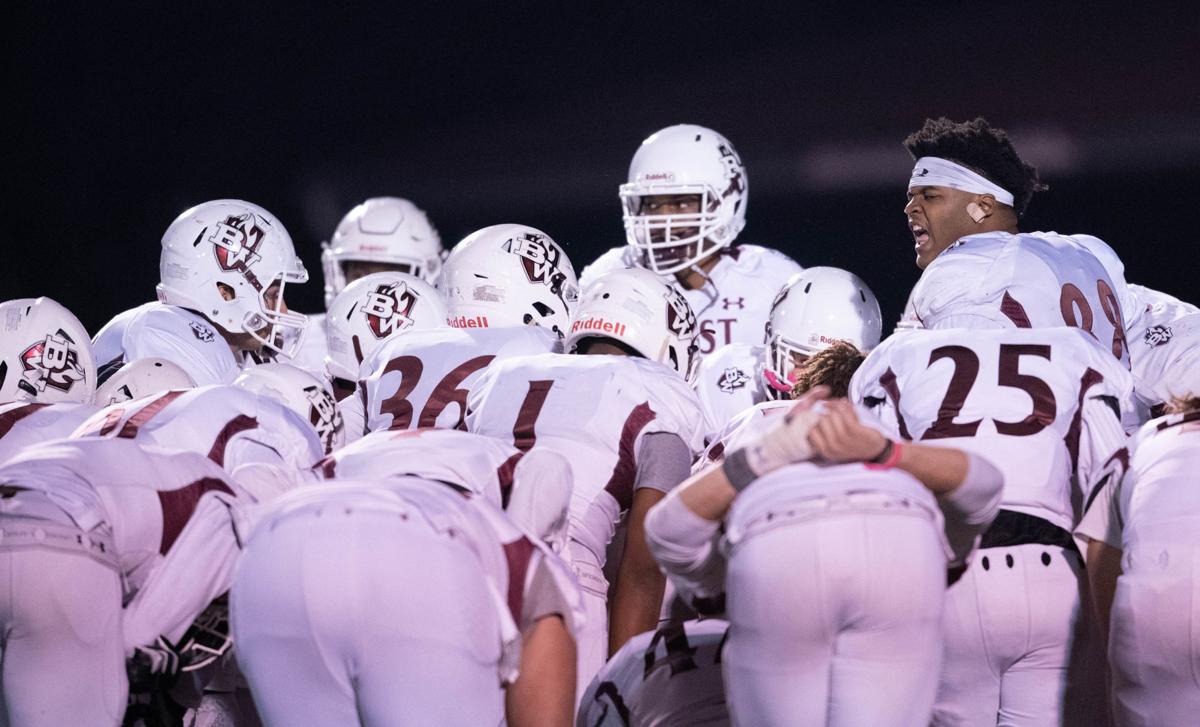 The 6-foot-5, 250-pound Randolph had a final five of Big Ten combatants Illinois, Michigan State, Iowa, Indiana and Minnesota. His only two official visits, however, were to Illinois last weekend and Michigan State the previous weekend.

Randolph resisted late offers from Florida State and Colorado, who entered the game after other prospects committed elsewhere.

"Florida State kind of made me ... I'm not going to say second-guess (my decision), but it made me think, 'If I was to wait until February (to sign), what kind of offers could I get?' " Randolph said after the signing ceremony Belleville West. "But then I realized they're only there because they didn't get the guy they wanted."

Randolph said Illinois' recruiting "never let up." The Illini were the first team from a power conference make an offer.

"Illinois was on me since day one," Randolph said. "They love me there, and I want to be a hometown hero. (The others) were great programs, too, and I love them for recruiting me."

"Coach Clark is a great recruiter," said Randolph, who transferred to Belleville West from CBC in St. Louis. "He's new, he's young. Ten years ago, he was in the same situation I was in. He's energetic and he reminds me of myself. I'm a younger version.

"Coach Patterson is from St. Louis, so we automatically had that bond just because he's from around here. I felt like he wouldn't do me wrong because we're from the same area. He's a great recruiter. He's never lied or twisted things around. He tells me straight-up what's going to happen and what's not going to happen."

As a senior, Randolph recorded 56 tackles, nine for losses, seven sacks and two fumble recoveries as the Maroons finished 7-3 and reached the Class 7A playoffs. Randolph, who covers 40 yards in 4.9 seconds, is expected to make an immediate impact for the Illini.

Randolph describes his style as "relentless."

Illinois was 4-8 overall last season, 2-7 in the Big Ten. The Illini are 9-27 in three years under coach Lovie Smith, who received a two-year extension at the end of the season. The deal will keep Smith, 60, in Champaign through 2023.

"He had a huge impact," Randolph said of Smith. "Coach Smith is a great guy. He's a great person; I'm not even talking about coaching-wise. But coaching-wise, look at his resume. He's coached in the Super Bowl, he's won huge ballgames. He's in the process of flipping Illinois around, and I want to be a part of that."

Randolph is considered one of the top 600 players in the 2019 class, and is among the top 50 strong-side linebackers. He is a top-15 player in Illinois.

"I think it's a great fit for him," Belleville West coach Cameron Pettus said of Randolph's commitment. "Coach Clark did a phenomenal job, and Coach Smith. We saw Coach Clark a lot. Every day he could be in this school, he was here. He had a great connection (with Randolph). For him, he'll only be a couple of hours away and his family can come watch him all the time."

Randolph, also a star basketball player for the defending Class 4A state-champion Maroons, stormed onto the scene in his junior season when he collected 38 tackles, five for losses, and one sack.

During a four-day stretch last January, Randolph received seven Division I offers. It was then that Randolph, who previously considered himself a basketball player, acknowledged that football would be his sport of choice in college.

It was a smart move: Randolph finished with 28 offers.

"Stress," Randolph said. "My freshman year, I was hooping. I transferred (to Belleville West) and I was like, 'This is where I'm going to get my basketball scholarships.' But my dad (Keith Sr.) and Coach Pettus told me to go out and try football. I was like, 'OK, I might as well.' It went way bigger than what I thought it was going to be. I thought I was going to get a few offers here and there, but never 28.

Randolph Jr.'s dad and mom, Kimberly, attended the signing. Keith Sr. is a police office in East St. Louis, where Kimberly is a teacher.

"Illinois is home," Keith Randolph Sr. said. "I'm proud. But any decision he made would have been great with me. I'm just glad to see him take his talents to the next level. It's a surreal moment for our family. Illinois is getting somebody special. We knew he was going to make the best decision and the most responsible decision."