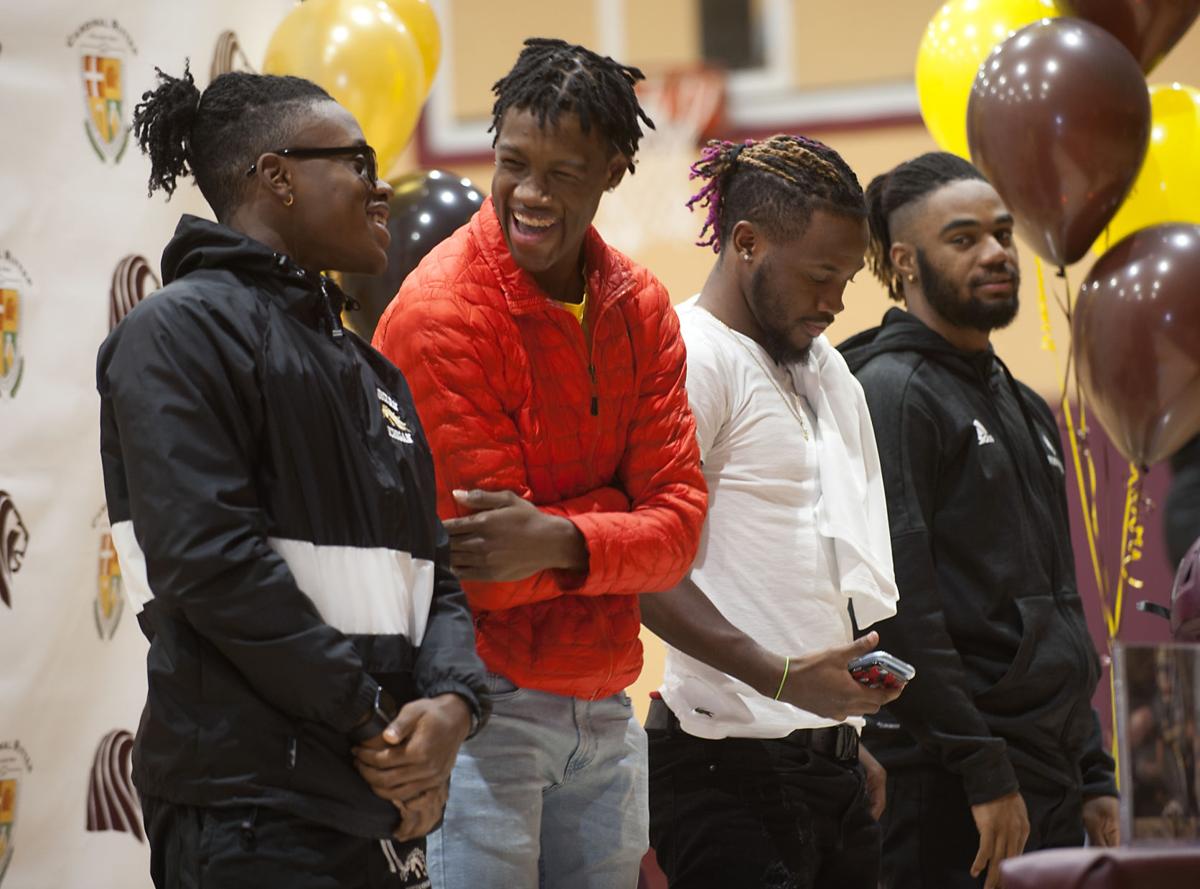 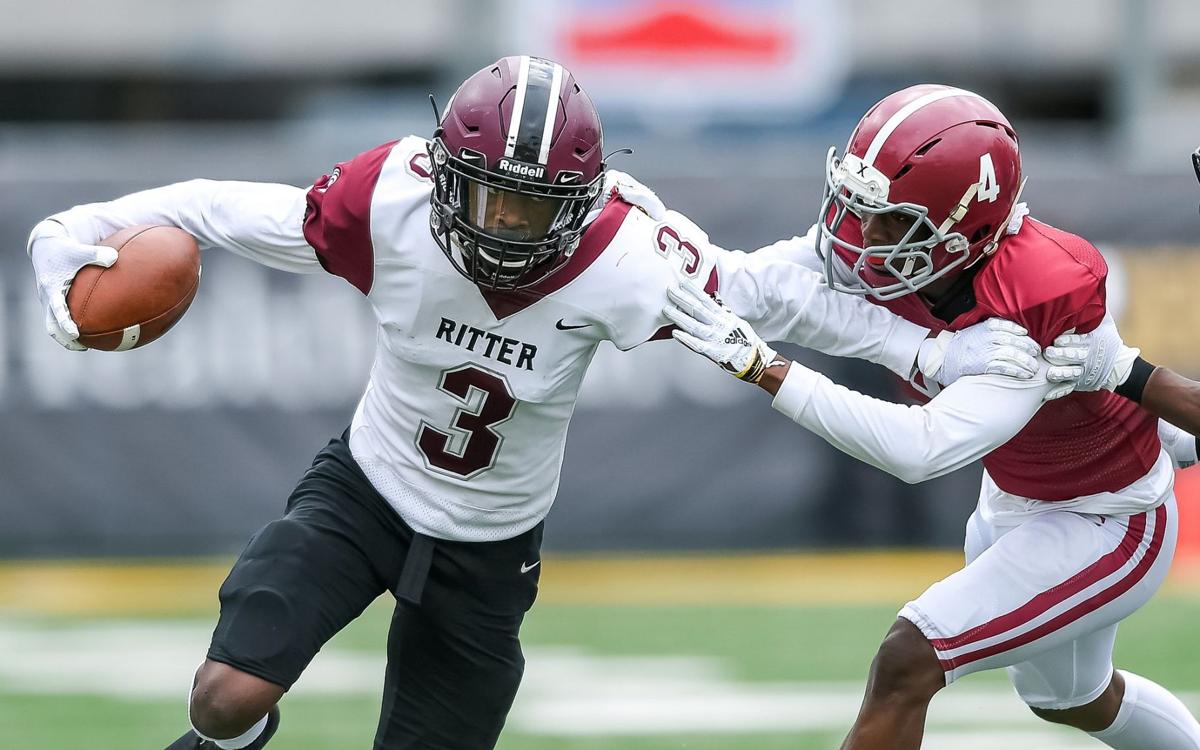 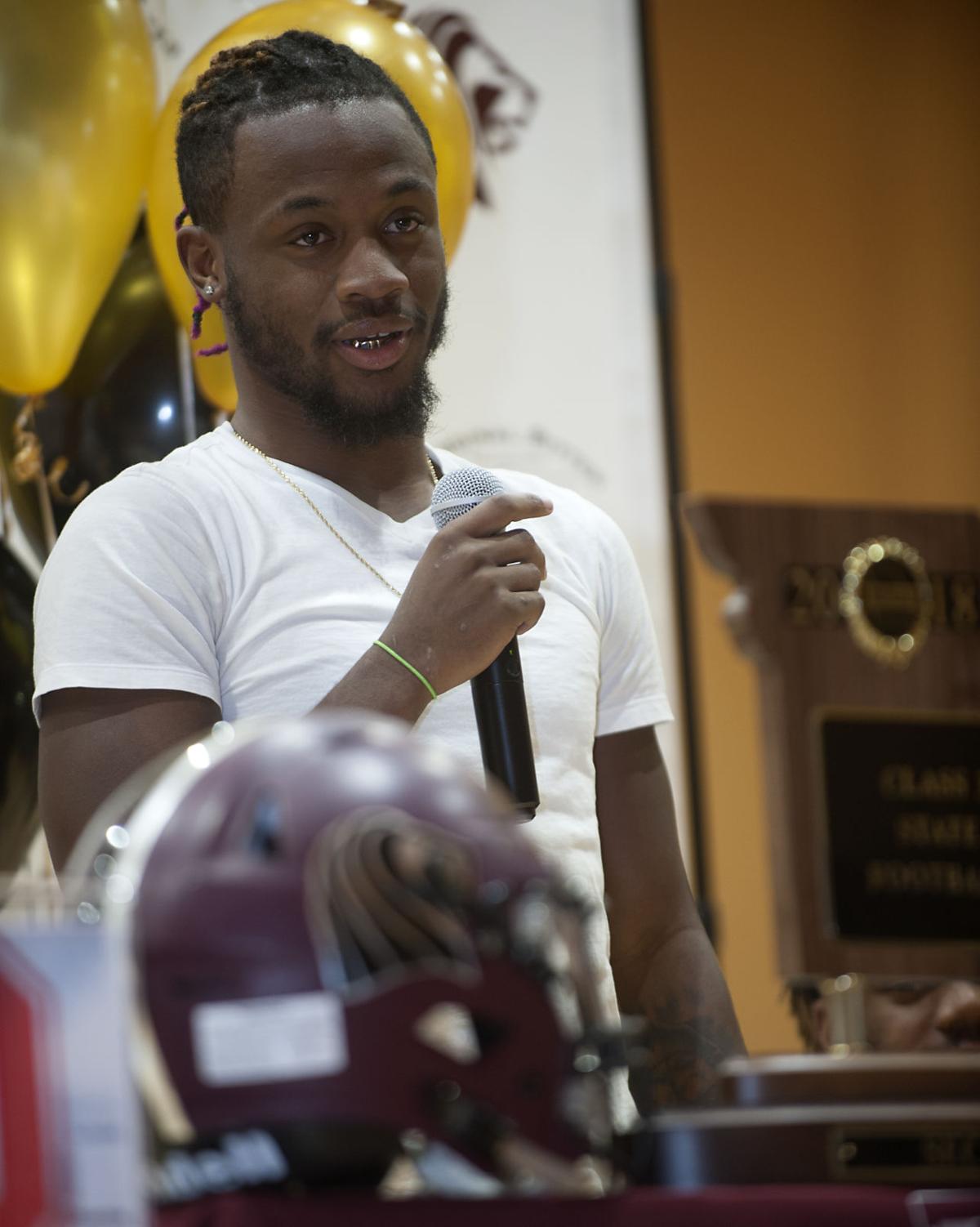 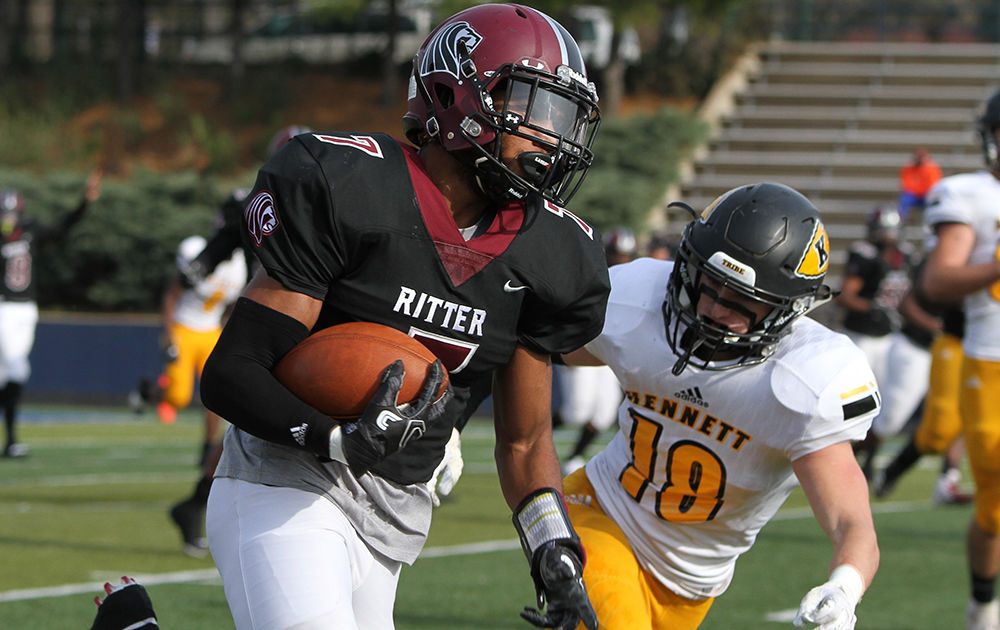 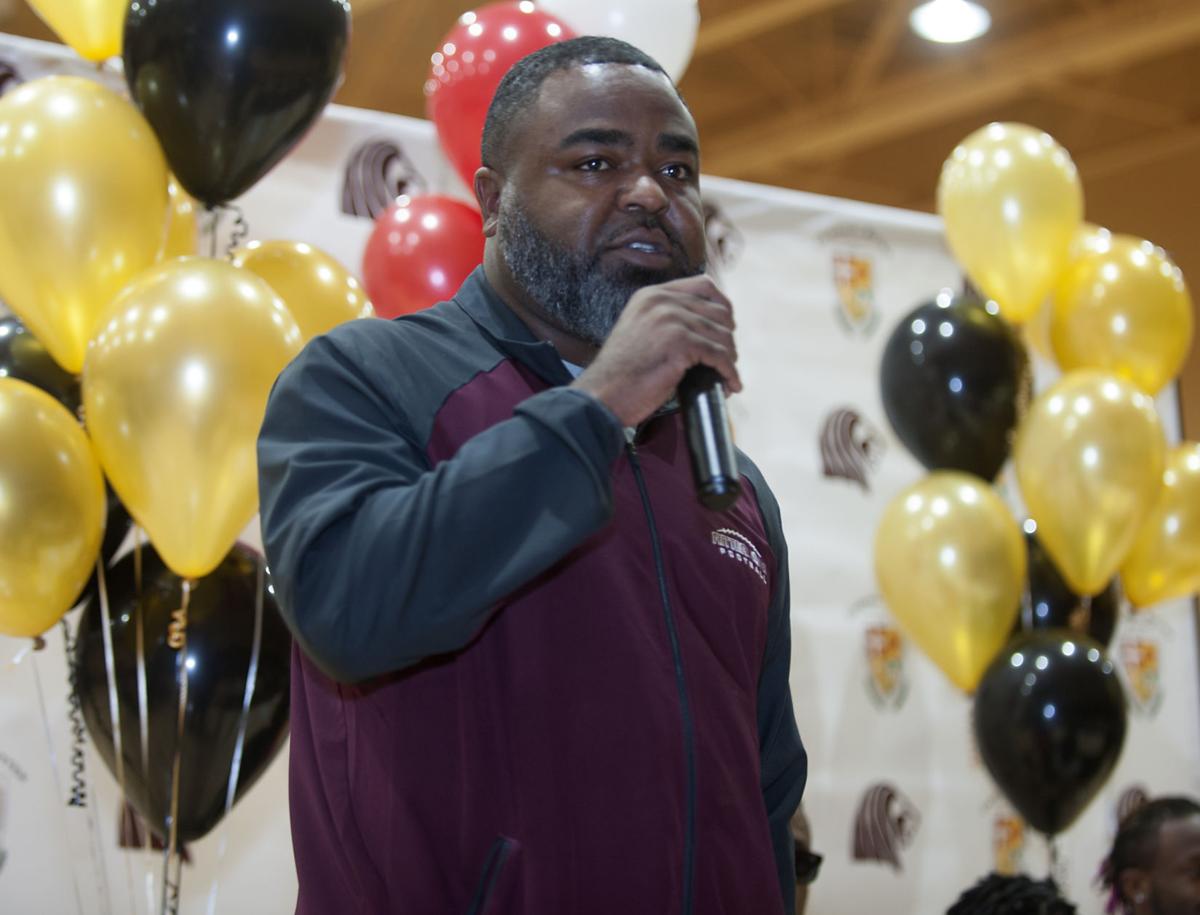 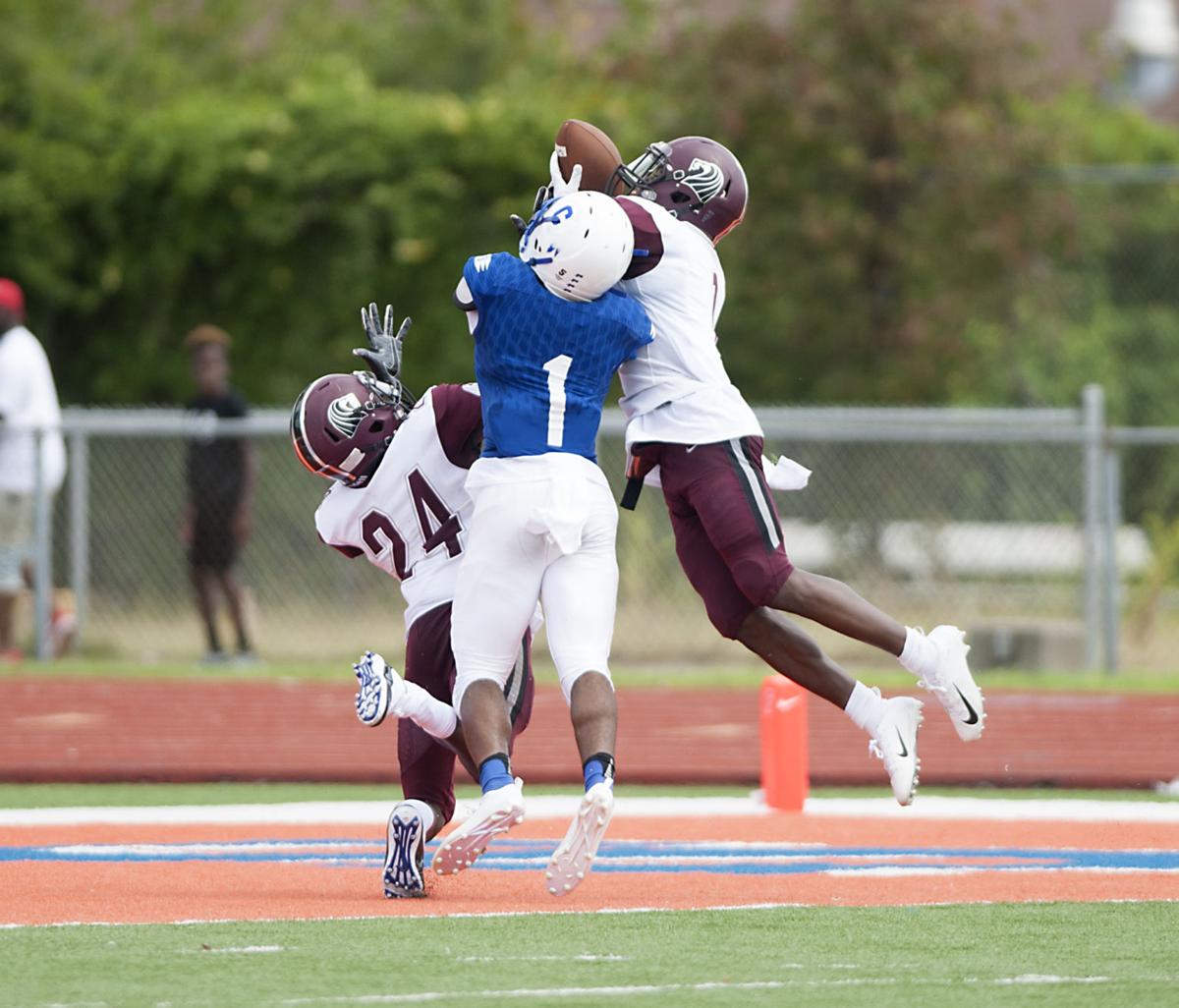 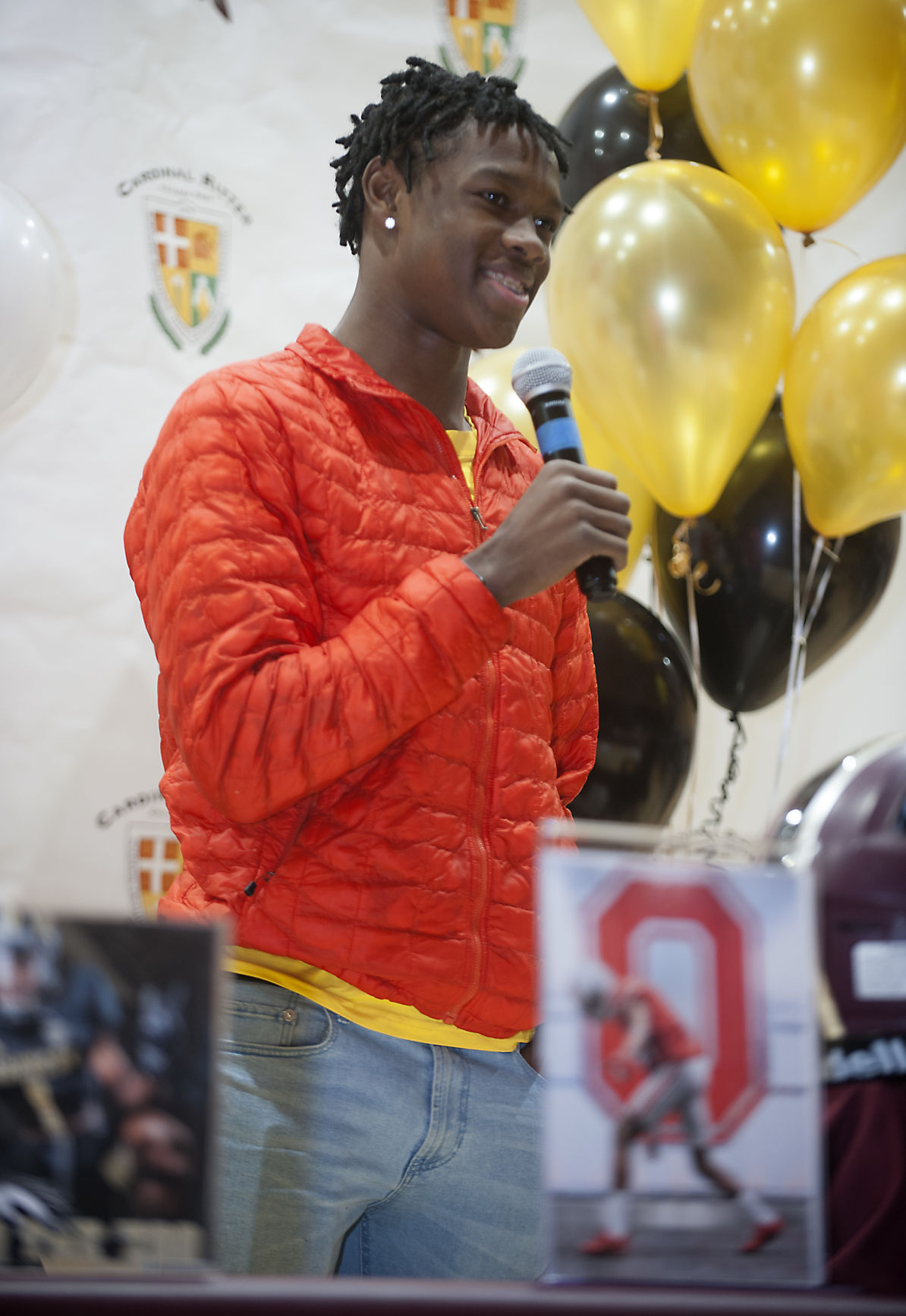 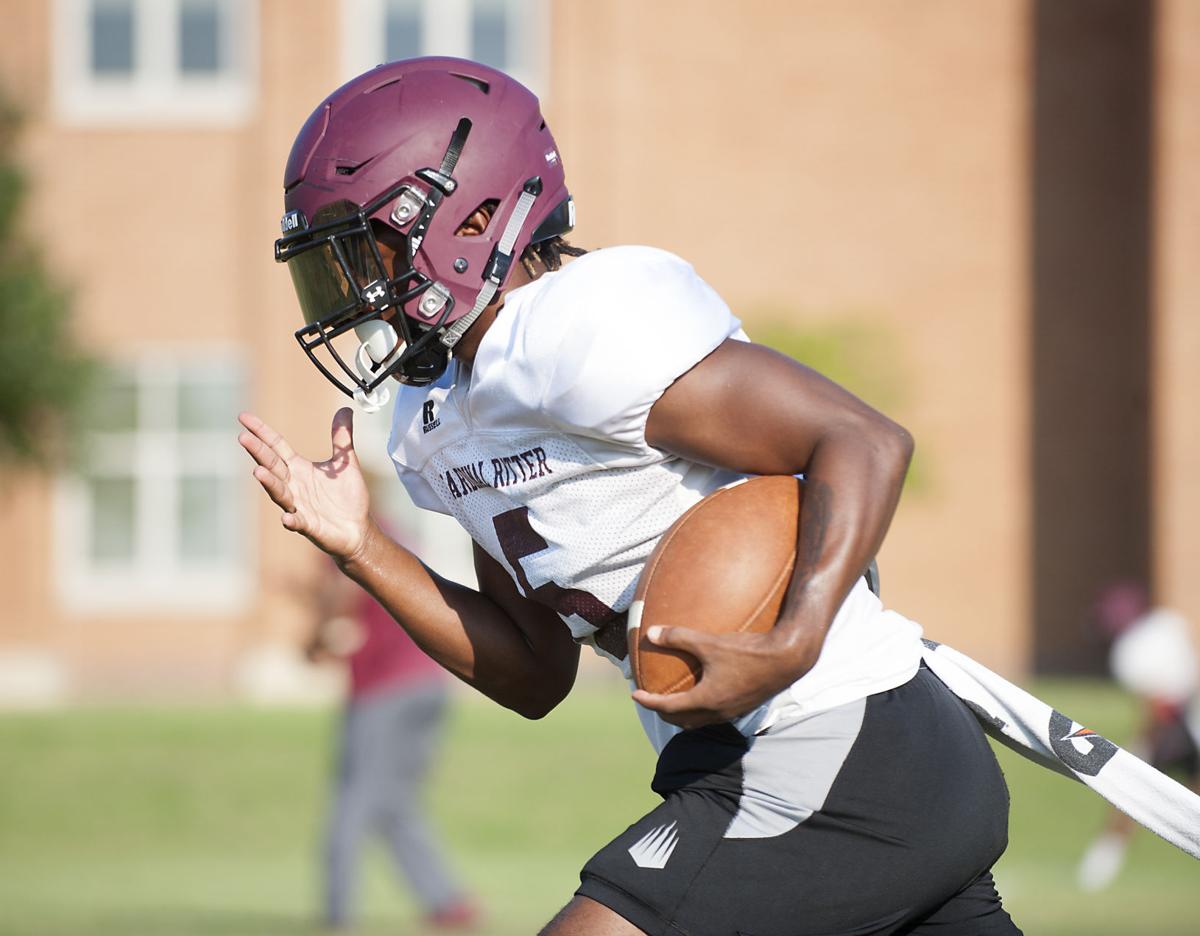 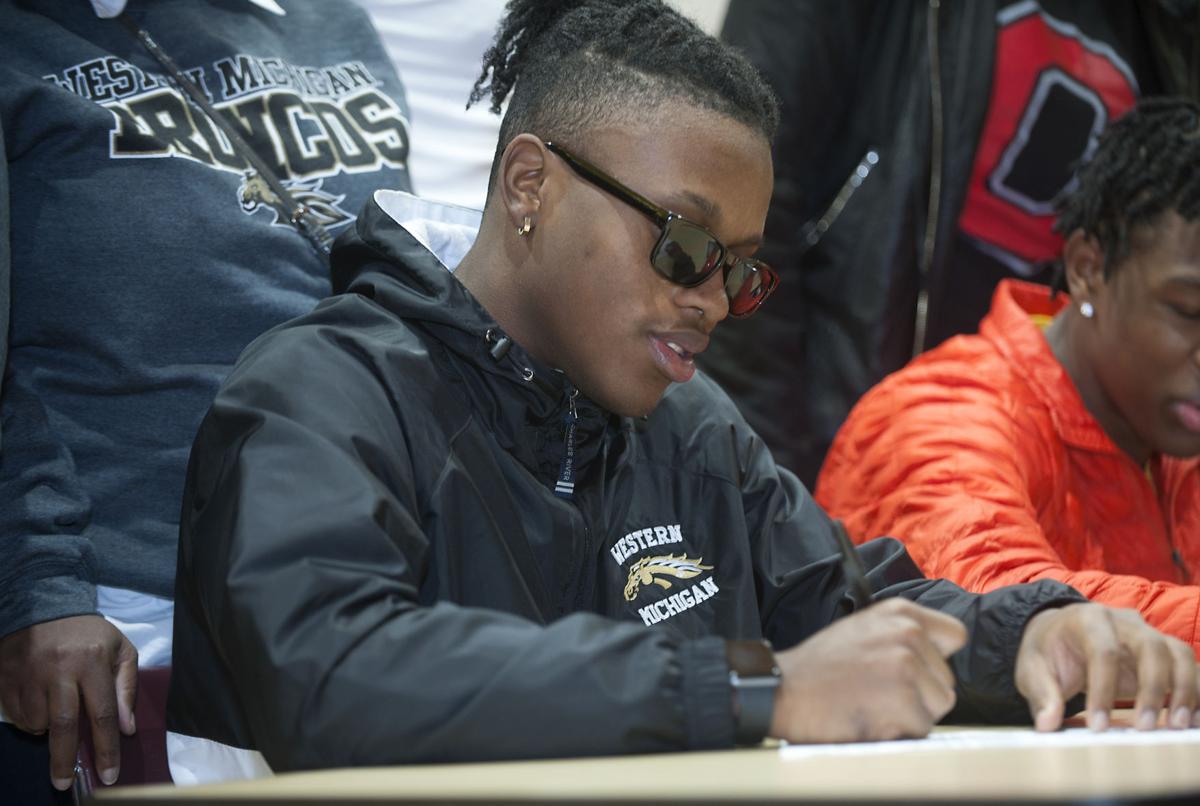 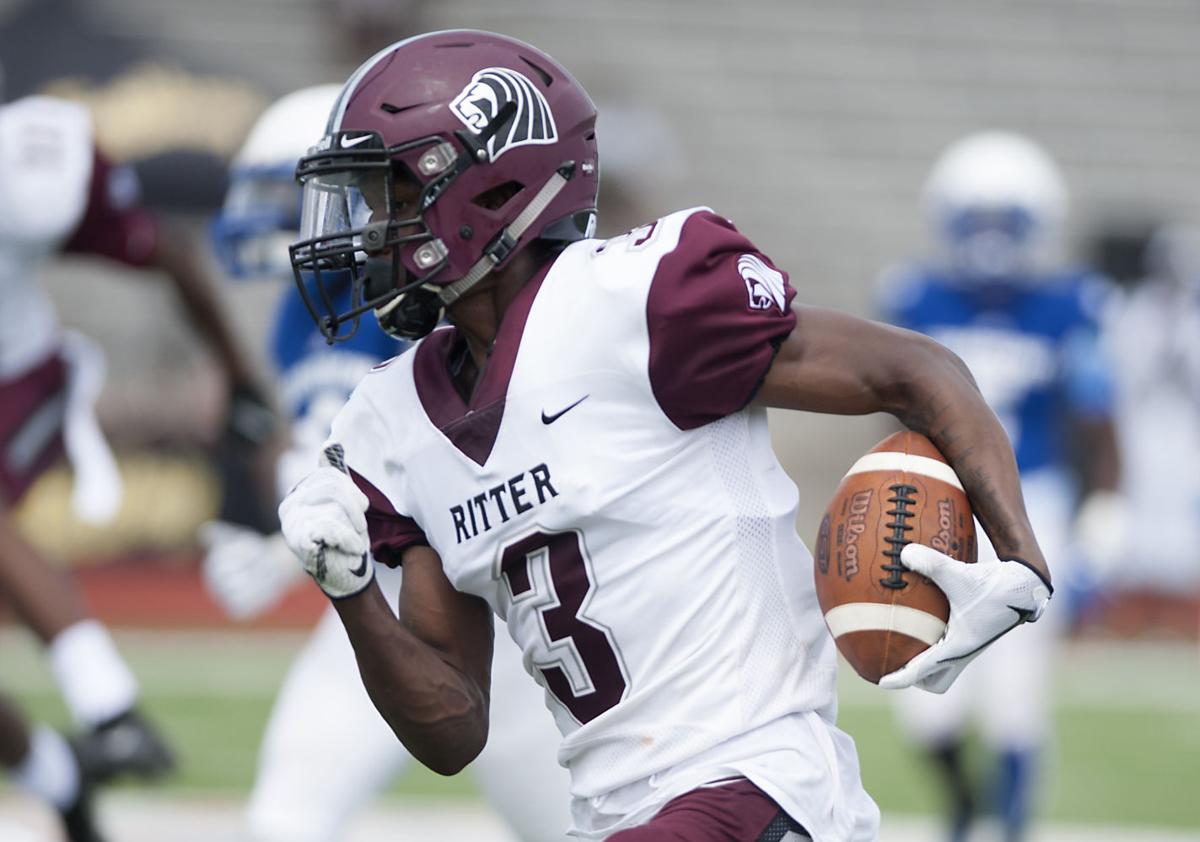 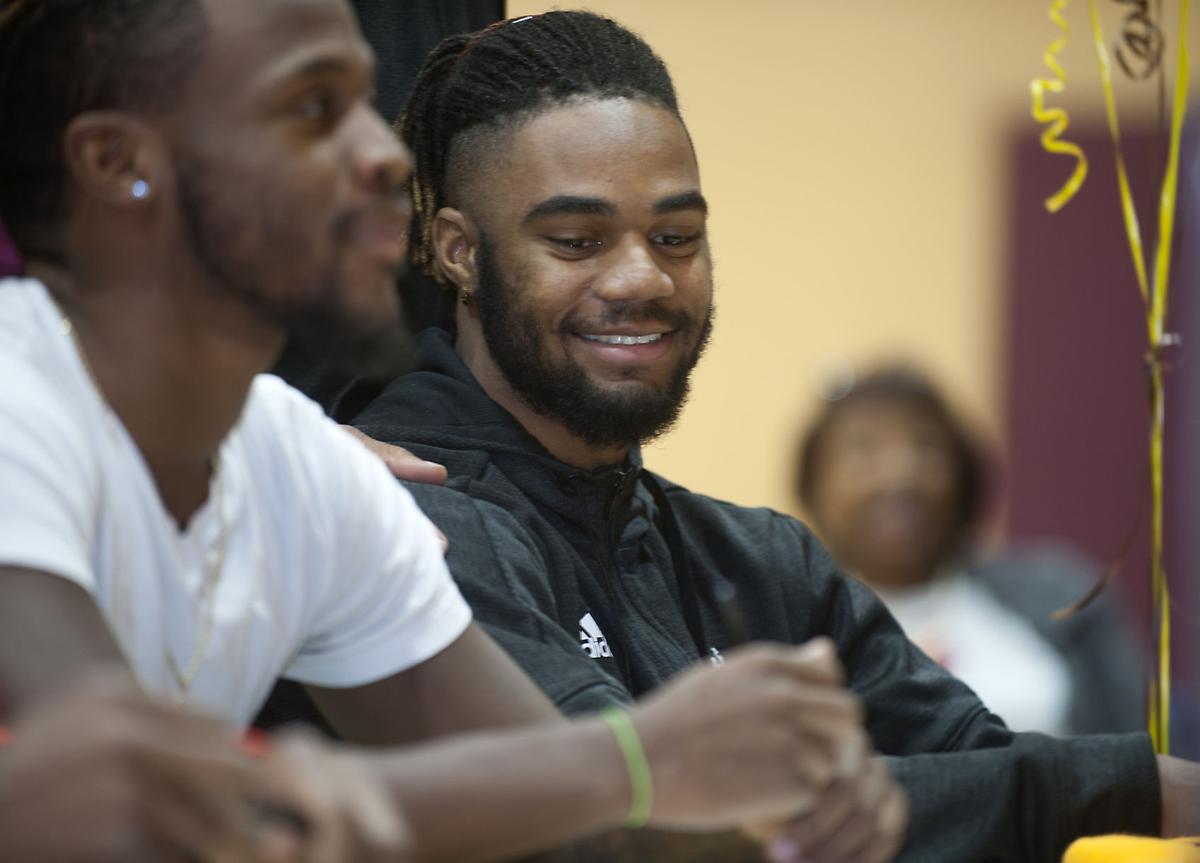 Cardinal Ritter football coach Brandon Gregory knew this day was coming when he took over the program three years ago.

He knew he was going to be watching some of the top players he's ever coached sign their letters of intent on the same day.

So as sophomores, Gregory gave his future stars a baptism of fire to prepare them for the big day, pushing them to become better players from the first practice.

"I threw them off the porch early," Gregory said in jest. "I'd be lying if I said I didn't see this coming, but at the end of the day it was good to get their bumps and bruises out of the way as sophomores knowing that as seniors we'd be very successful."

"At the end of the day, you want to win state and have a winning record, but this is what I came to coach for," Gregory said. "To see these guys get an opportunity to do things that a lot of kids won't have, to watch this group when I first came in and watch them take over the program, to enjoy this moment with friends and family, it's great."

Wednesday was the first day that high school seniors could sign to play NCAA Division I football. The early signing period runs through Friday.

The four Ritter seniors have put in their time. After wallowing through a 5-5 season as sophomores, they helped propel the Lions to a 23-3 record over the past two seasons.

Cardinal Ritter finished as the runner up in Class 3 to Trinity Catholic this season.

Williams, a 6-foot-1 speed demon and a highly-touted receiver, committed early in the process. Still, he felt proud to officially join the Buckeyes on Wednesday.

"It feels great, especially when you're doing it for the best school in the nation," Williams said.

Williams' partner in crime, Coleman, a 5-11 receiver, had a roller coaster of a recruiting process, but he finally got to see his dreams come to fruition.

"When you've been playing football since you were four years old, you've got your mind set on wanting to do something, it's just a dream come true," Coleman said. "The late nights, the early mornings, working nonstop, it finally paid off."

Ritter will be sending two high-flying defensive backs off to the collegiate level in Roberson and Jones.

"It was mainly the coaches and what they were saying about how they develop people into young men," Roberson said of Wyoming. "The environment is really good up there, it's just mainly football and education up there. There's not much else to focus on."

While chasing a state championship, the stress of recruiting could have gotten to the foursome at Ritter, but they leaned on each other to help withstand the struggles.

Seeing everyone sign was a blessing for Roberson, but he's hoping he'll get a chance to see them on the field in a college bowl game down the line.

"That would be pretty cool. I'd like that," Roberson said.

With the plethora of college coaches that walked through the doors to recruit his kid, it's only a positive for Gregory and his program.

"It's good for your program when you get all these coaches walking through (the halls) and the younger kids get to see the coaches too and motivate them too," Gregory said.

"I look at all these guys as my sons," Gregory said. "People don't realize that until two weeks ago, I was seeing these guys every day since June. I'll miss their presence, their leadership and watching them continue to be successful. I told each coach at the colleges that they're going to, that I'll still be keeping up with my guys."