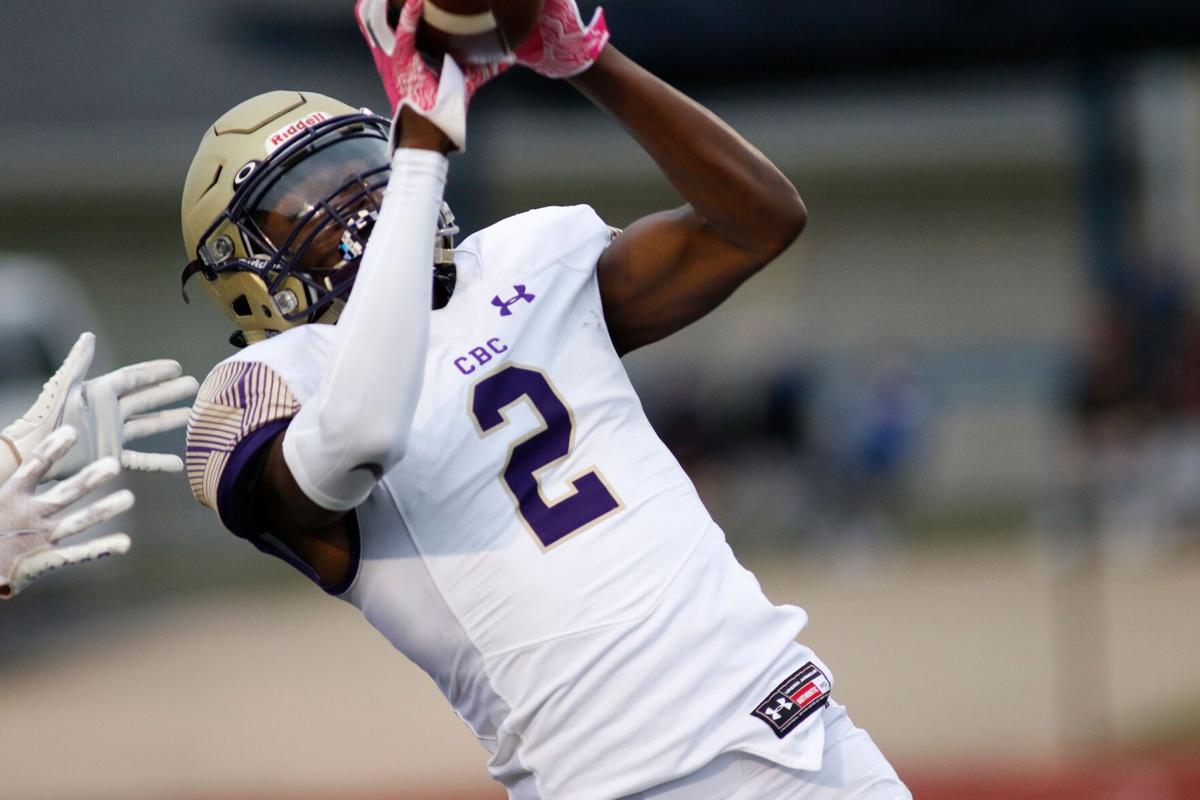 CBC's Chevalier Brenson (2) goes up for a pass against Eureka at Northwest High School in Cedar Hill, Mo., on Oct. 3, 2020. Michael Gulledge, Special to STLhighschoolsports.com 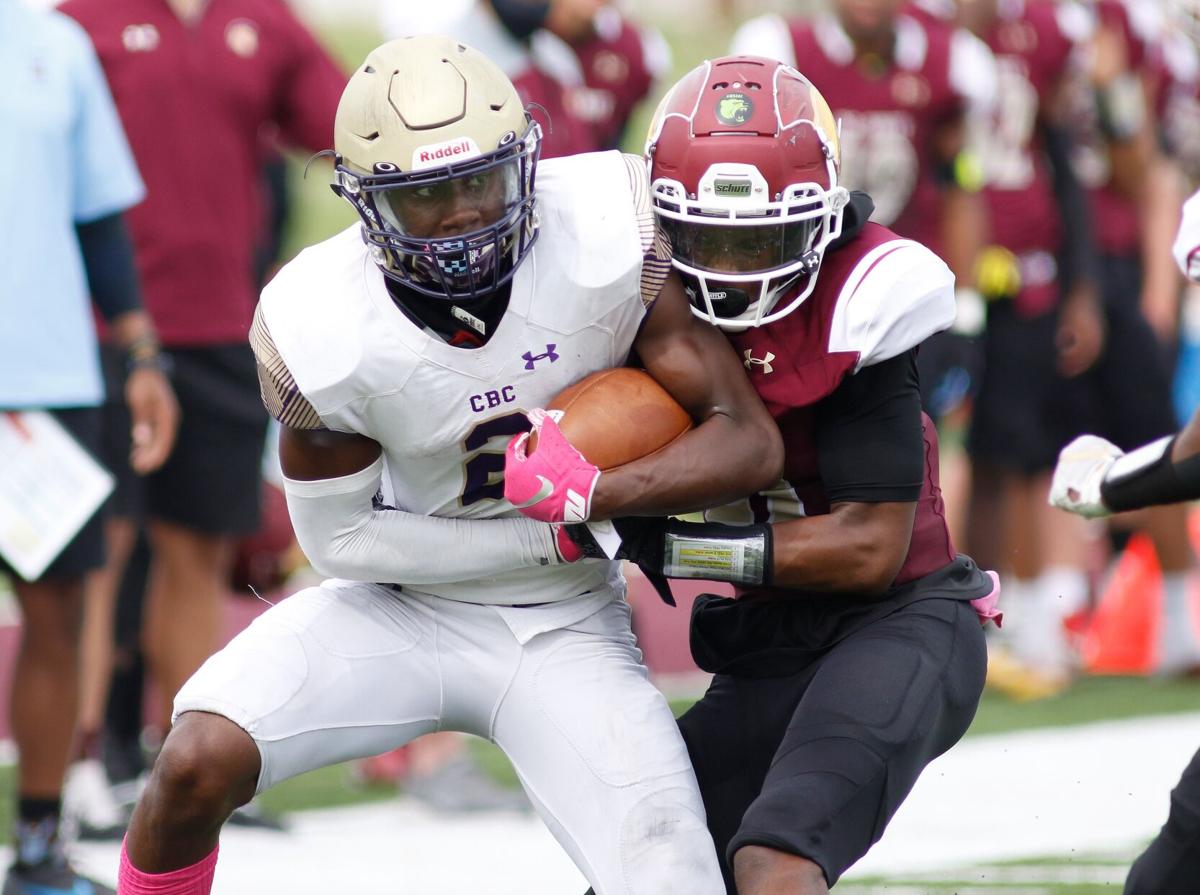 Chevalier “Karate” Brenson thought he’d made one of the toughest decisions of his life.

Then he had to try to make it again.

A 6-foot-4 and 195-pound senior wide receiver for the CBC football team, Brenson verbally committed to Illinois in August. Two days before he was going to sign his binding national letter of intent, Illinois parted ways with head coach Lovie Smith, who was instrumental in Brenson choosing the Illini. He decided to not sign with Illinois and instead reopened his recruitment.

“It was hard knowing I had to find a new home,” Brenson said. “Everything kind of restarted.”

Brenson and his family took stock of the scholarship offers and opportunities in front of him. He had 21 offers at the peak of his recruitment last summer.

The reigning Mid-American Conference champion, Ball State won Brenson over in large part because of its commitment to him.

“They have been persistent during this process,” Brenson said. “They hit me up every day. They sent me the most mail.”

Even after Brenson committed to Illinois the coaching staff at Ball State let him know that they respected his decision but should something not work out they would be there with arms wide open.

“They were still reaching out,” Brenson said. “They told me they loved my size and what I can bring.”

Brenson is the third area player to pledge or sign with Ball State this year. CBC senior safety Jordan Marshall and De Smet senior running back Rico Barfield both signed with the Cardinals during the early signing period in December. Brenson said having some familiar faces around will help make the transition to college a little easier.

“It’s great,” he said. “I feel like they’ve done a great job recruiting the St. Louis area. And I won’t be alone.”

Brenson is a multi-sport standout for the Cadets. He’s the only senior starter for the basketball team and plays a huge role as the team’s top rebounder and best defender. Brenson is averaging nearly 13 points per game to make him one of three players averaging double figures in scoring.

“I’m so close with the basketball team,” Brenson said. “It’s just different being out there on the court.”

This will be his last season on the basketball court and he hopes it ends even better than the last two. As a sophomore the Cadets lost narrowly in the Class 5 championship game. As a junior CBC was headed back to the state semifinals when COVID-19 shut down the state tournament. CBC hung a banner commemorating the final four appearance in its gym complete with the players and coaches names listed.

“I’m most definitely cherishing these moments,” Brenson said. “I’m trying to get my name on another banner. I want to get a ring, I’ve got to get one.”

It was more than a year since Toriano Pride participated in a 7-on-7 football tournament. A junior two-way standout for the Lutheran North foo…

CBC's Chevalier Brenson (2) goes up for a pass against Eureka at Northwest High School in Cedar Hill, Mo., on Oct. 3, 2020. Michael Gulledge, Special to STLhighschoolsports.com