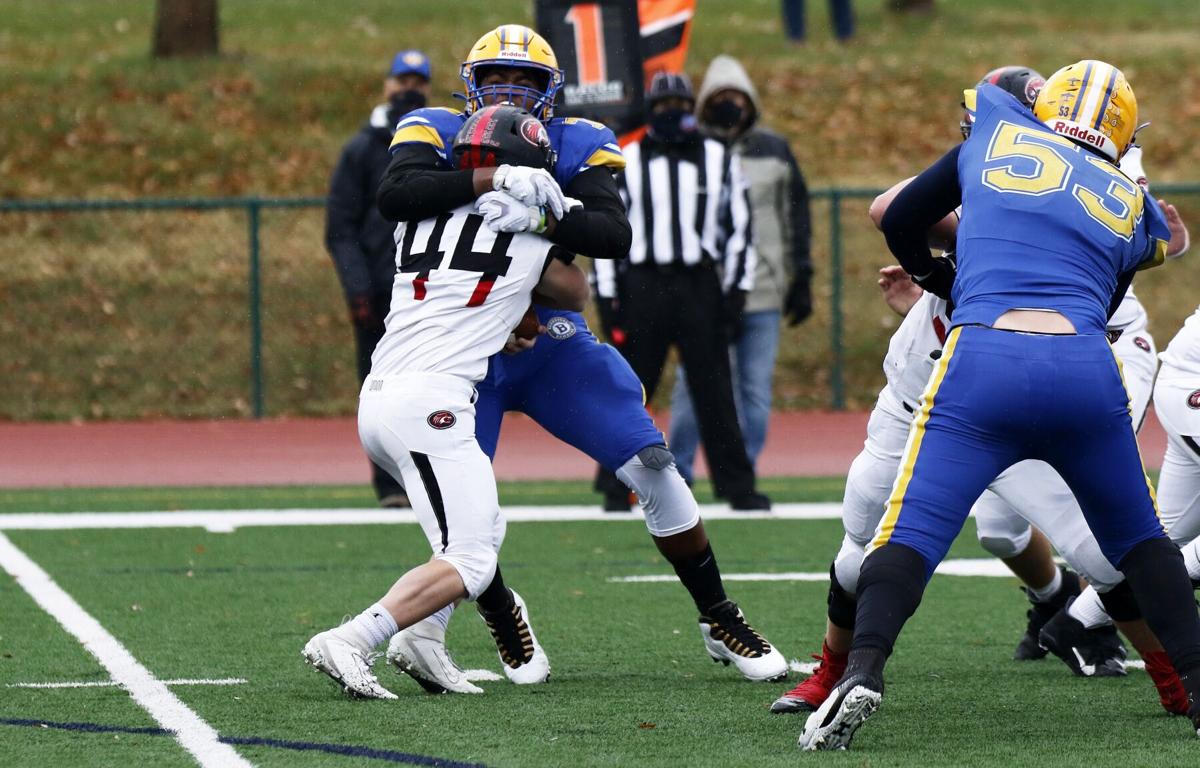 Tyson Ford of John Burroughs wraps up Dalton Voss of Union for a loss of yardage in the Class 4 District 2 final football game on Saturday, November 14, 2020 in Ladue, Missouri. Paul Baillargeon, STLhighschoolsports.com 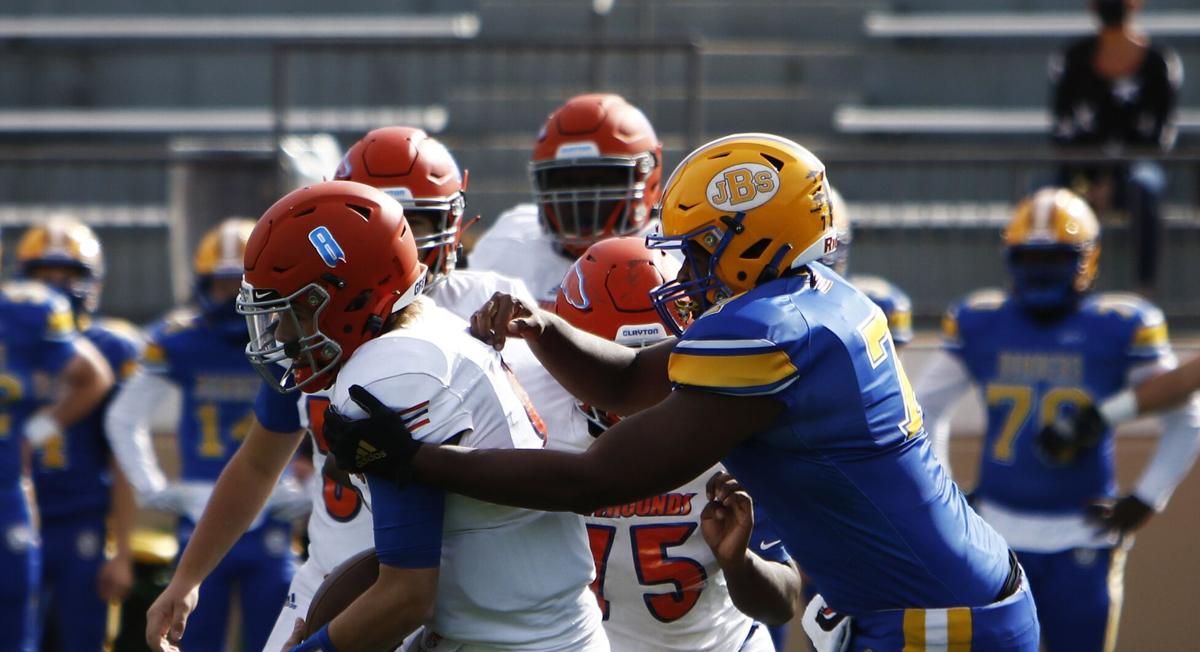 Sporting a tuxedo and bow tie Monday afternoon, Tyson Ford made, in his words, “the biggest decision of my life."

A nationally coveted defensive end prospect, the John Burroughs junior verbally committed to Notre Dame. He picked the Irish from a final four that included Missouri, Georgia and Oklahoma.

A 6-foot-5 and 255-pound powerhouse with a 6-foot-10 wingspan, Ford whittled his final four from 21 Power 5 scholarship offers.

Vianney graduate and 2018 Post-Dispatch All-Metro offensive player of the year Kyren Williams drew national accolades as the lead running back for the Irish this fall. Lutheran St. Charles defensive line standout Gabriel Rubio signed with the Irish in December.

Ford is regarded as one of the top players at his position in the class of 2022 as Rivals ranks him the No. 5 strongside defensive end in the nation. Ford is the consensus No. 3 prospect in Missouri in his class behind Cardinal Ritter’s Luther Burden III and St. Mary’s Kevin Coleman, the two standout wide receivers.

Ford said he chose to announce his commitment on Martin Luther King Jr. Day because it’s an important day for him and his family. King's enduring message is about bringing people together and Ford thought it would be nice to echo that sentiment with the people that mean the most to him.

“I thought today would be a great day to bring everyone together,” Ford said.

In five games during the pandemic shortened fall season, Ford made 19 total tackles and three sacks. As a sophomore he made 52 tackles and seven tackles for loss in 11 games.

Ford said making his verbal commitment will allow him to put his attention on preparing to be at his best for his senior year and the college level.

There is a long path to walk until his time at Notre Dame begins. He wants to be ready.

“It’s great,” he said. “I can focus on my mentality and physically for the next level. They’re grown men. I have a long way to go.”

Tyson Ford of John Burroughs wraps up Dalton Voss of Union for a loss of yardage in the Class 4 District 2 final football game on Saturday, November 14, 2020 in Ladue, Missouri. Paul Baillargeon, STLhighschoolsports.com