The McCluer football team didn’t take the field in the fall and is more than a month away from the start of a spring season that was brought on by the coronavirus pandemic.

“It’s huge, it’s a huge blessing,” McCluer football coach Howard Brown said. “Our No. 1 concern was guys not getting an opportunity (due to the pandemic), for these guys to get it, it’s a testament to faith and hard work.”

Duncan and Hawkins are wide receivers who combined to catch 25 passes for 461 yards and three touchdowns as juniors during the 2019 season. As a junior, Smith was the Comets' leading tackler with 96 tackles, six tackles for loss, three sacks and an interception.

Robinson is a defensive back who made 50 tackles and seven interceptions his junior year.

With no senior season to showcase their talents and abilities on film or for scouts in person, the foursome managed to land opportunities at the next level due to what they did as juniors and because of Brown’s relationships and reputation for developing top-notch young men, students and athletes both at McCluer and long before that at McCluer South-Berkeley.

“I think it was a combination,” Brown said. “It’s the relationships that have been built, but these kids busted their tails last year.”

Having four players land opportunities at the next level despite not having a season could pay huge dividends for the Comets this spring and beyond. Brown and his staff brought their “Faith and Hard Work” mantra to McCluer for the 2019 season after Berkeley shuttered its football program when the Ferguson-Florissant School District reorganized its high schools. Three of the four players who signed were McCluer originals and had just one season under Brown before the pandemic blew everything up.

These types of tangible results only help Brown’s cause when he’s talks to the other players in the program about committing to the process. The buzz is already building for what the spring might hold if college coaches are cleared to return to the recruiting trail.

“They’re excited for spring ball,” Brown said. “You can’t put it into words.”

As the players that signed and their families thanked Brown for helping them reach their goal, he deflected their praise. He merely showed them the path. They were the ones who had to walk it.

“I told them ‘You guys bought in on Day 1,’ ” he said. “Now you’ve got the opportunity to go to college. It’s amazing they’re going to have this opportunity.”

Jed Stugart cleaned up in the early signing period with a strong stash of area players signing with the Lions. Now the Lindenwood coach has added more firepower to the roster that includes a pair of area standouts who transferred from Division I schools.

Running back Donovan Marshall and wide receiver Marquis Majors will provide some serious punch to the offense. A 2018 Lutheran North graduate, Marshall spent two seasons at Arkansas State but saw action in only two games and was granted a redshirt. Prior to signing with Arkansas State, Marshall had offers from the likes of Ball State, Bowling Green, Central Michigan, Cornell, Dartmouth, Harvard, Iowa State, Minnesota, Princeton, Purdue, Syracuse, Toledo, Yale and Vanderbilt.

In the fall, Oakes rushed for 847 yards, caught 18 passes for 294 yards and scored 15 touchdowns. He also made 18 tackles at defensive back.

Allen is expected to play tight end for the Lions but spent his time at Fox on the offensive and defensive line. Fox’s offense was a ground and pound style that averaged fewer than five pass attempts per game. On the defensive line the 6-4 and 235 pound Allen made 32 tackles and seven tackles for loss.

Wilson is a 6-foot-5 and 323-pound multisport athlete. When he’s not knocking defensive lineman into the turf he’s been a stalwart post player for the Warriors basketball team.

McClendon’s season was adversely affected by the pandemic as St. Mary’s only played six games before it had to forfeit its postseason due to the virus. In those games McClendon was presence as the 6-2 and 245 pounder oscillated between defensive end and linebacker where he made 26 tackles, three tackles for loss and three sacks.

Myles Norwood had so many choices.

But there was no easy way to choose.

A senior defensive back for the Trinity football team and a standout track athlete, Norwood had 18 scholarship offers but he didn’t take any of them.

On Wednesday, Norwood announced he would be taking his talents to Iowa Western Community College, a junior college in Council Bluffs, Iowa.

On his Twitter page, Norwood announced his decision and the thinking that led to it.

“My recruiting process has been rough and difficult due to coaching changes, COVID-19 and the NCAA decision (extending eligibility),” Norwood wrote. “After analyzing all of my options, I truly believe this is what’s best for me and my family. Giving myself another year to be recruited and find the right four year school for me.”

In a pandemic shortened senior season, the 6-foot-2 and 170-pound Norwood made 16 tackles in five games. 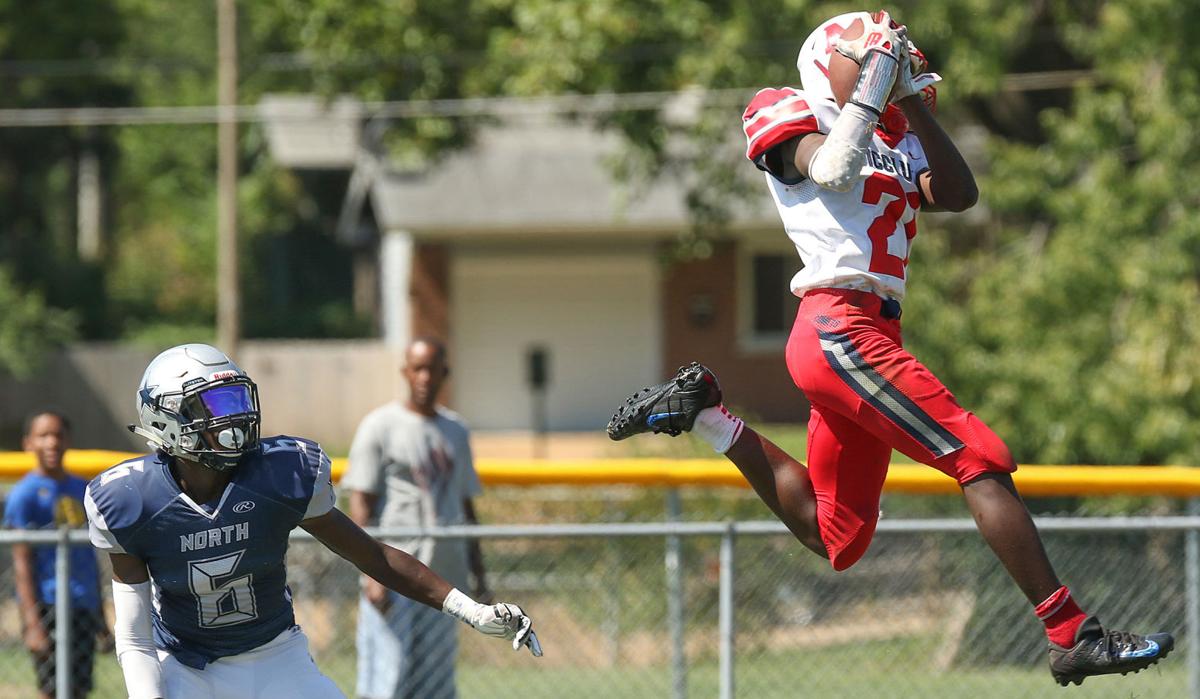 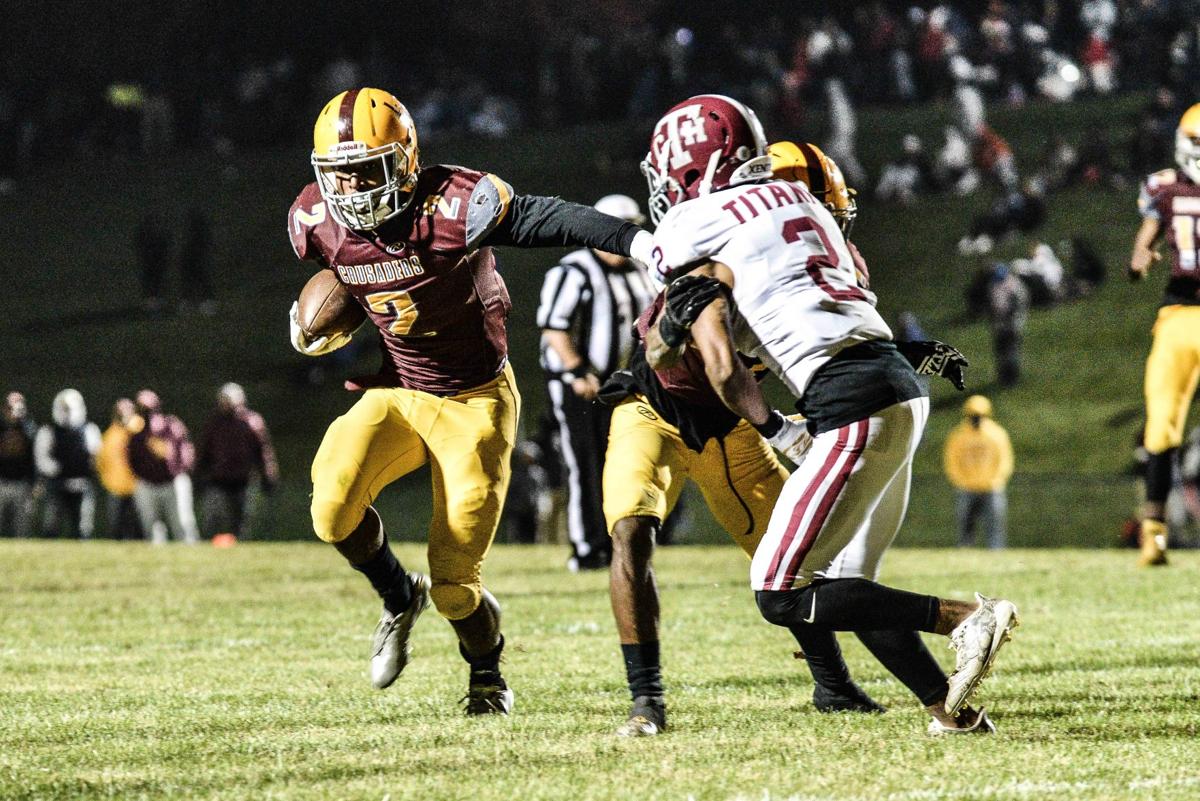 Lutheran North senior Donovan Marshall (2) gets outside but the play is called back for holding during the Class 2 District 2 championship on Friday, November 3, 2017 at Lutheran North High School in St. Louis, MO. Rick Ulreich special to STLhighschoolsports.com 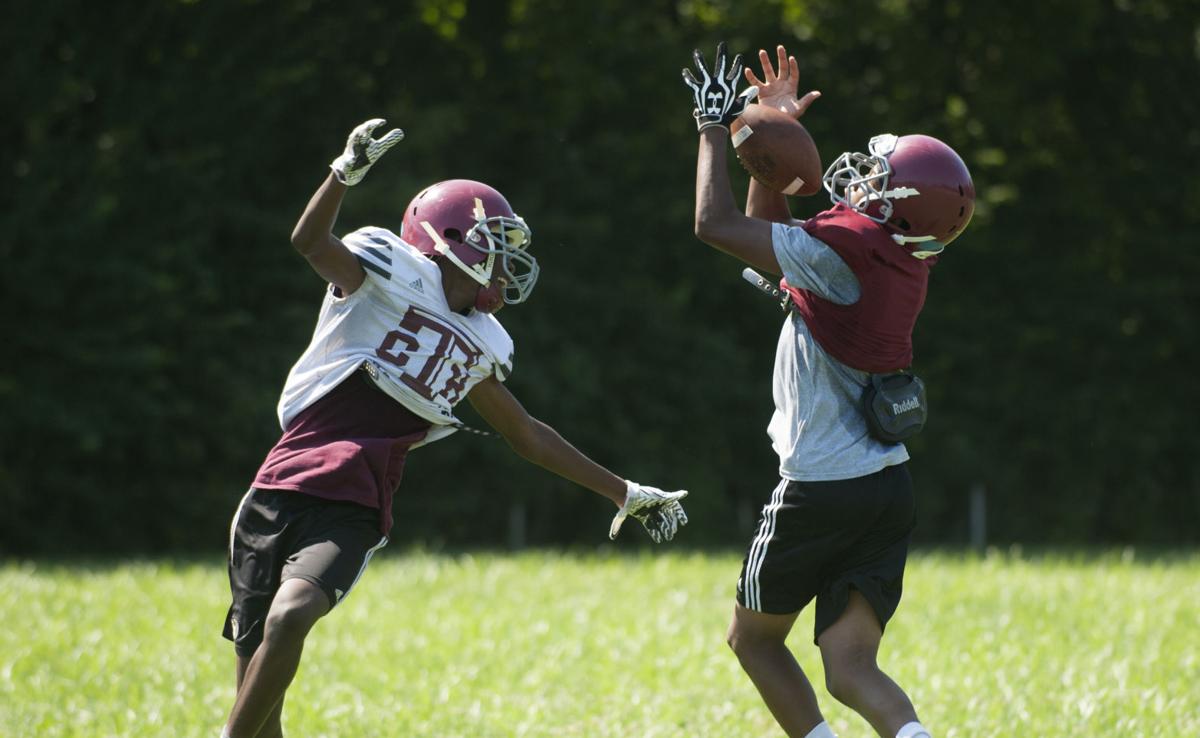