WENTZVILLE — Marissa Peek's life in both athletic and academic terms has been one of hitting milestones.

Those roads intersected Wednesday when she signed her national letter of intent to study and play softball at the University of Iowa.

“I'm really excited, it's a good day,” Peek said. “I'd talked to three or four schools seriously, but I just knew it was Iowa. I knew that it was the place I wanted to go to, to spend my college years here. The Big 10 is full of great competition.”

When Peek chose Iowa over other suitors, she said she did so with an eye on her future.

Holt senior catcher Marissa Peek signs her National Letter of Intent to play at the University of Iowa Wednesday morning at the high school. S…

The senior catcher said her love for her school is something she feels so strongly about that she aims not only for it to continue at Iowa, but on into her future professional life, as well.

“As of right now, I'm going to study secondary education and administration,” Peek said. “I've thought about (coaching), but I'm not really sure if that is something I want to do or not.

“I want to become a principal or an (athletics director). I realized I love being a part of my school and I love all the things going on around it and how it works and all that. I realized I wanted to be a part of that when I'm older.”

The Indians owned a 100-18 record with Peek behind the plate as she hit 29 home runs over her four years. As a senior, she hit .477 with nine home runs and 42 RBI as Holt posted a 27-3 record before falling in a Class 4 sectional to Rock Bridge.

“That says something in our conference, which is arguably one of the best in the state,” Adam said. “Iowa is getting a hardworking, willing-to-listen, coachable player. I've known Marissa since she came to my softball camp. She is just the whole package — athletically and academically.”

While Peek aims to excel on the softball diamond under Hawkeyes coach Renee Gillispie, she does have her education and future in mind.

“I think Marissa can do anything she wants,” Green said. “She has been a tremendous leader and ambassador for our program. Marissa would be a perfect person with her calm demeanor and work ethic to be a principal or athletics director.”

Peek said that coming home in the future would be a nice possibility.

“I would definitely like to come back to Holt,” Peek said. “Whatever happens is what's going to happen, though.” 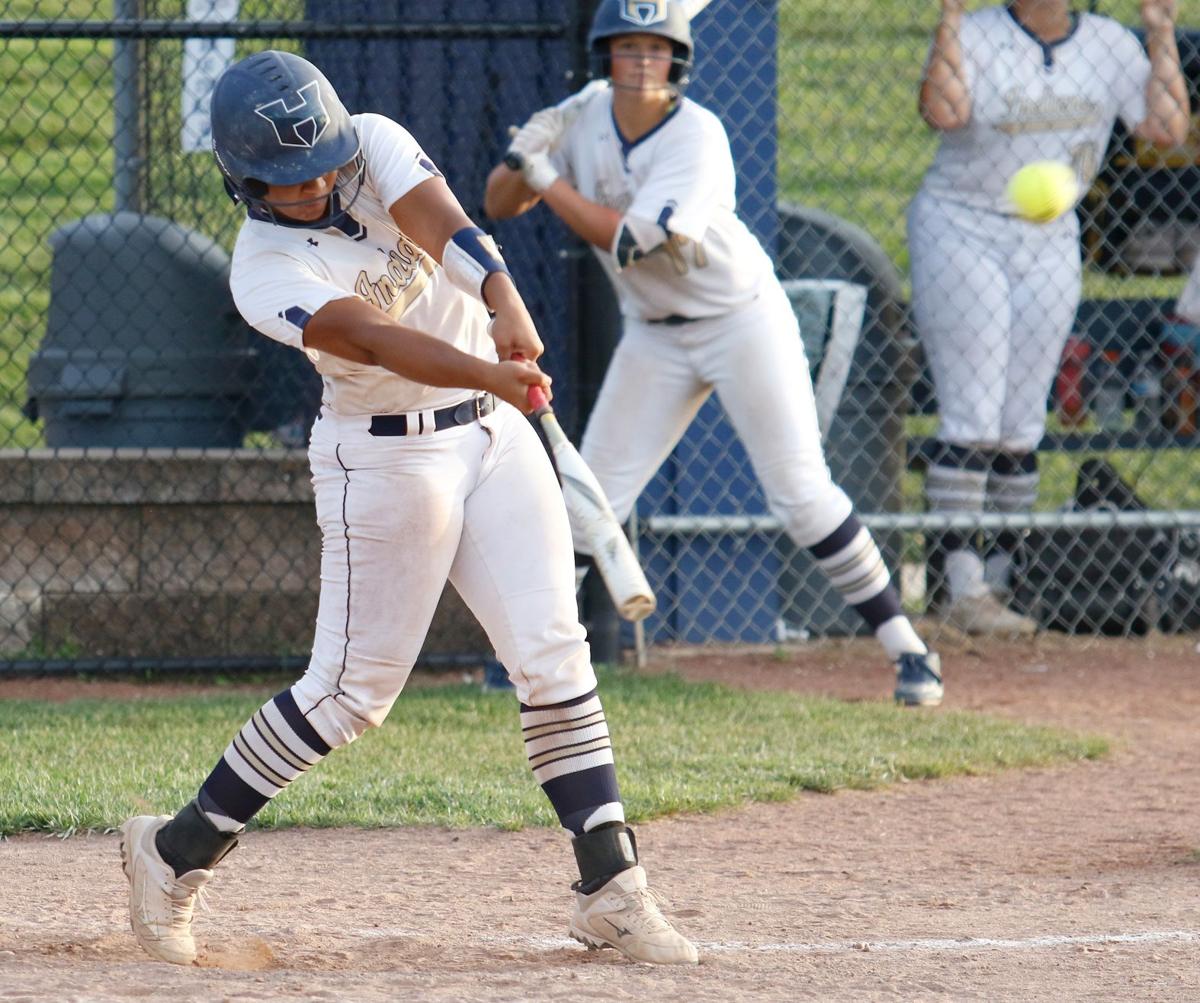 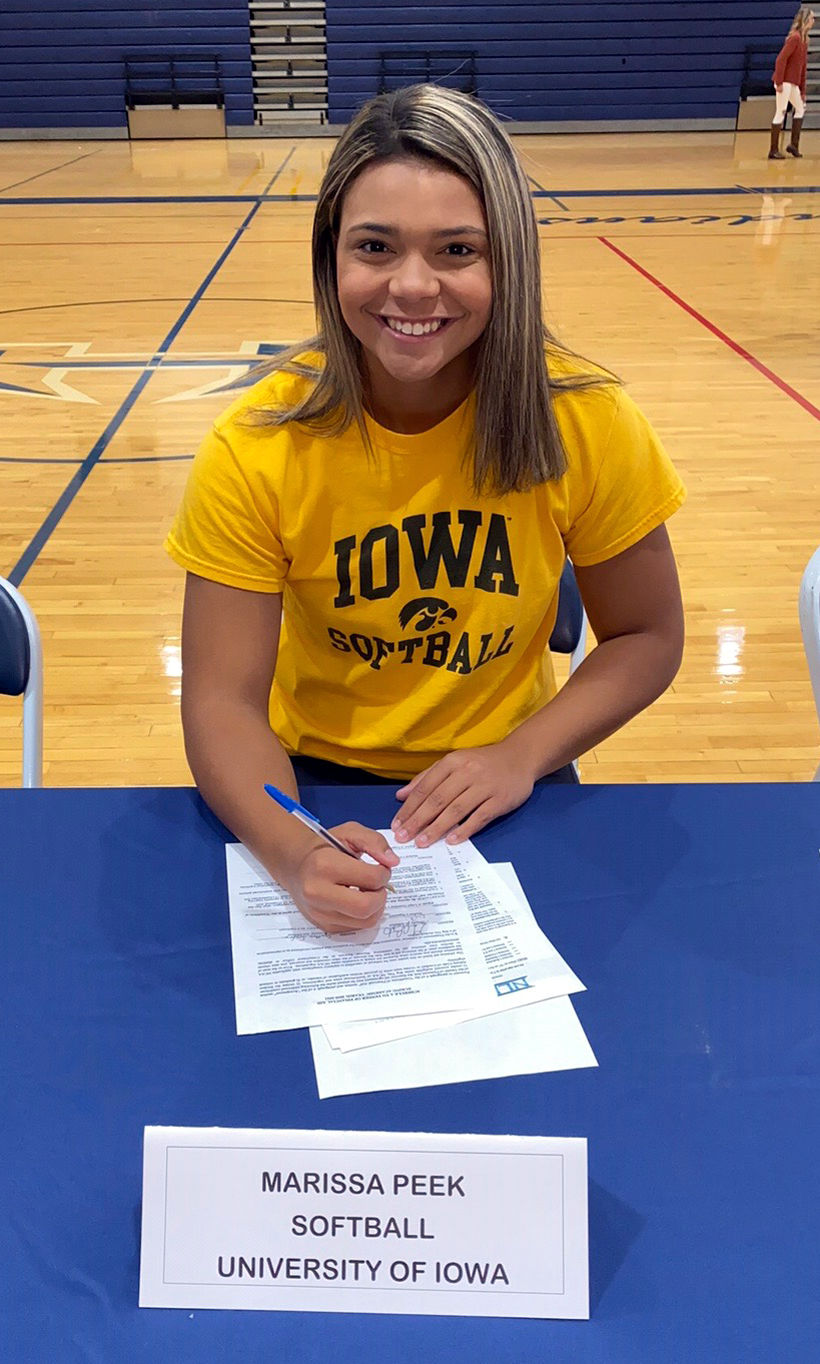 Holt senior catcher Marissa Peek signs her National Letter of Intent to play at the University of Iowa Wednesday morning at the high school. Submitted photo.