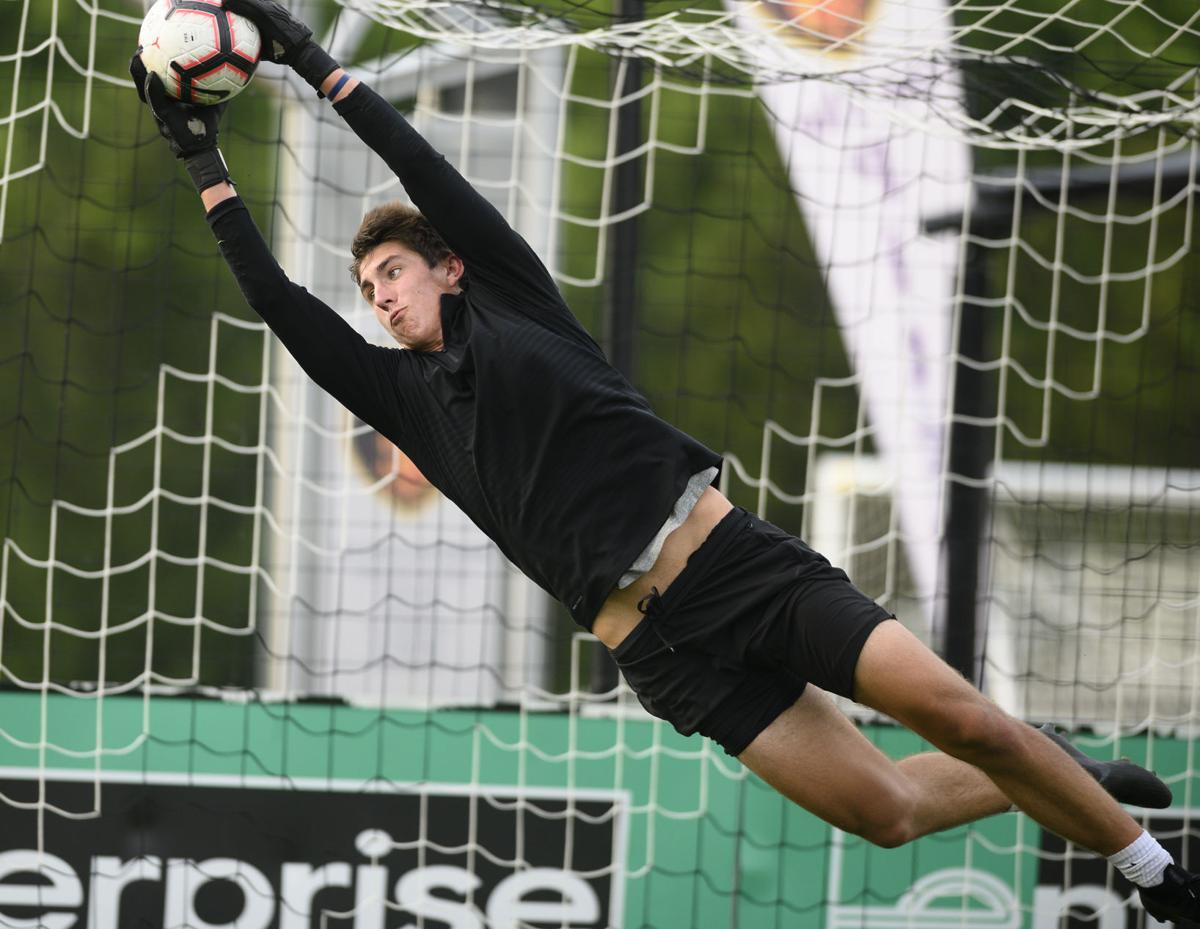 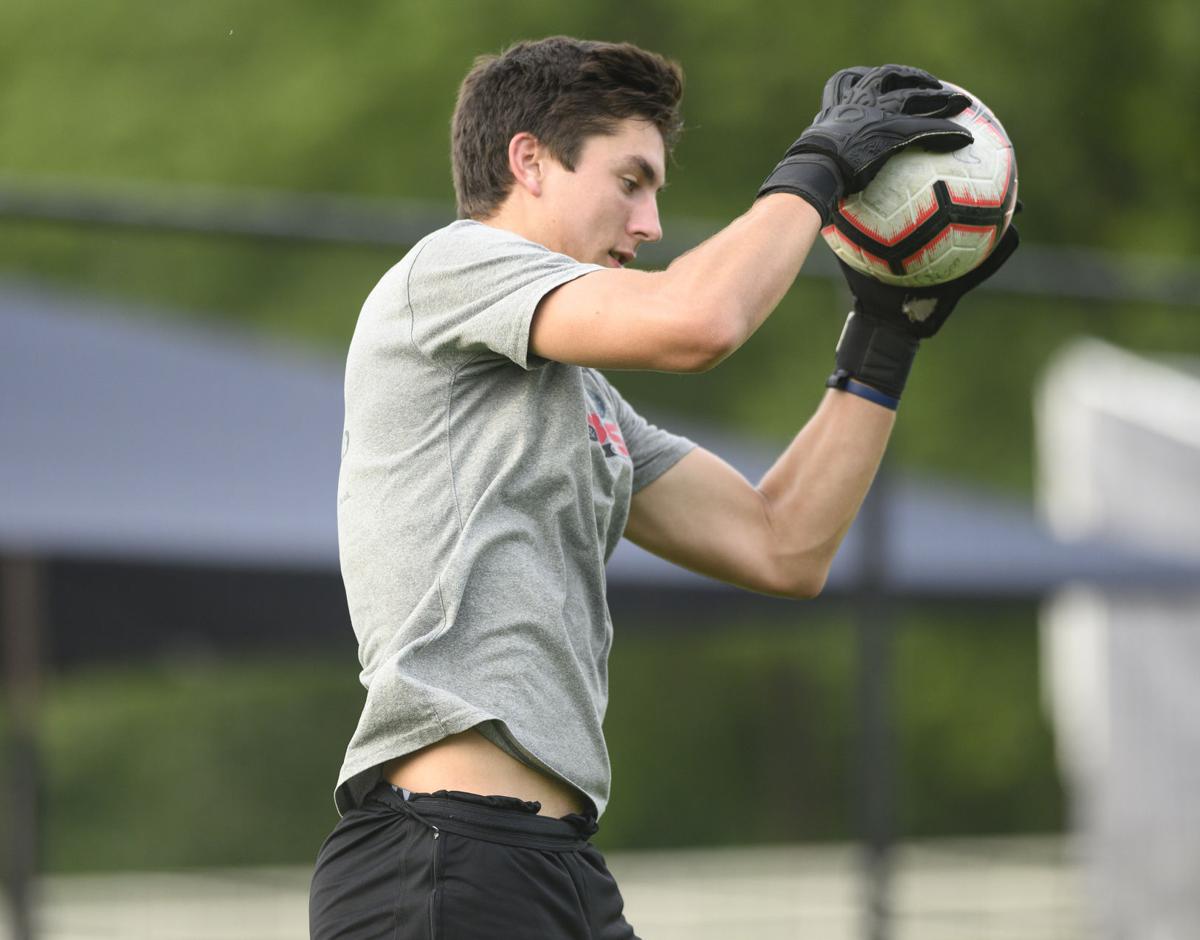 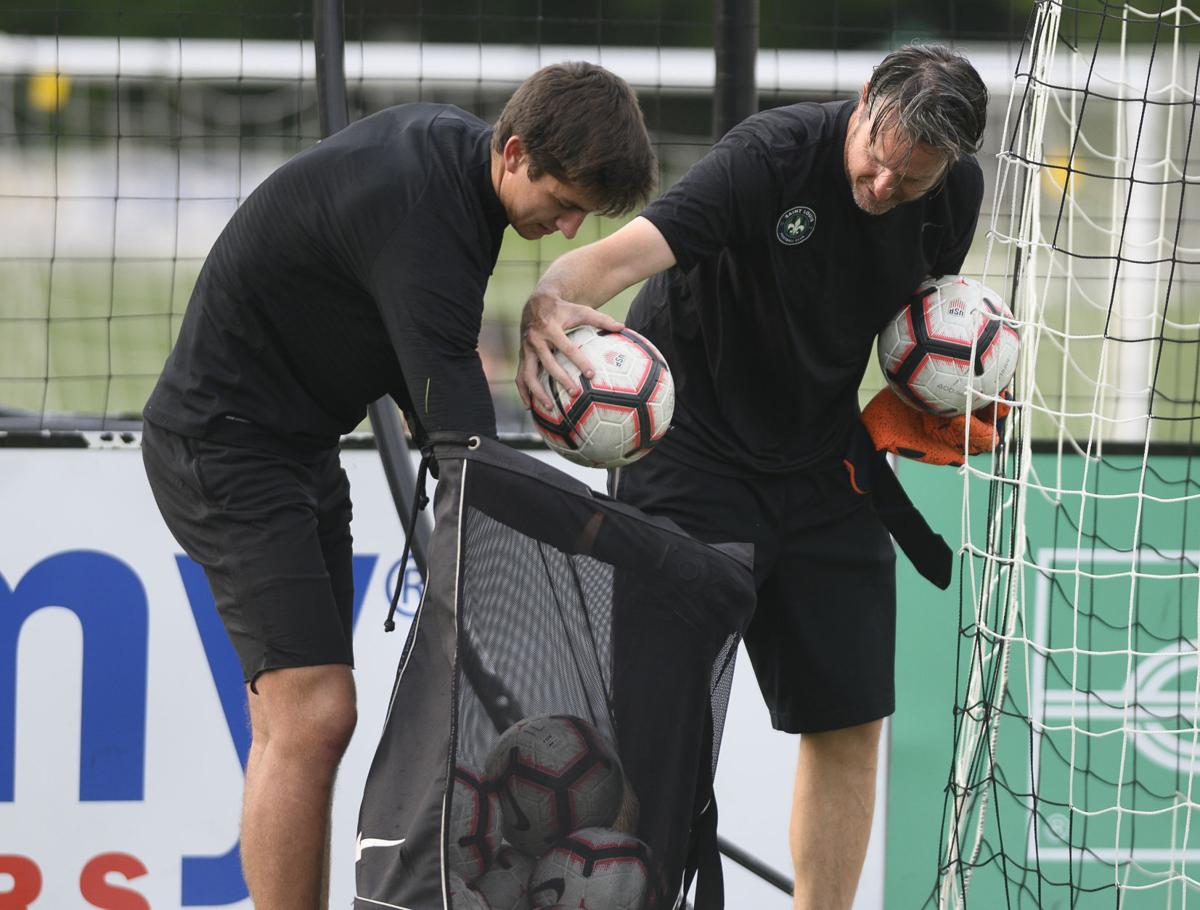 From a callup to the U.S. Soccer Under-18 national team camp, to work with the STLFC professional team and a recent visit with Los Angeles FC, where St. Louisan Mike Sorber is the director of soccer operations, Schulte has been rather busy.

“I'm kind of adapting to it, just all the travel and the different experiences that I have been grateful for,” Schulte said. “It's been a great ride so far. I'm just taking everything in, learning something new everywhere I go because there is always something I can learn. Each coach I go to has something they want me to do better, so I make every effort to make that happen and improve my game.”

The pressure of playing in a national semifinal isn't going to be anything new for Schulte.

After all, the keeper came through earlier this year at the professional level.

Schulte shined as STLFC defeated United Soccer League Championship counterpart the Des Moines Menace on May 15 in the third round of the U.S. Open Cup in a shootout. The 18-year-old keeper made three saves on penalty kicks after the sides played to a 1-1 tie in regulation and overtime.

“It was great because I have trained with the team all year and the guys gave me tremendous support, knowing it was my first professional start,” Schulte said. "The team really worked to help me calm my nerves and be myself, I would say.”

“He hasn't changed, he works hard every training session since Day 1 when I met him,” Swisher said. “He is always eager to improve and be the best. Along with goalkeeper coach Tim Kelly and with the rest of the group of goalkeepers leading by example and setting the bar high for our young goalkeepers.

“He is a great goalkeeper that provides a lot of confidence to his teammates in every game, even the pros. That is what brought him up to train and play with first team. He will succeed at the highest level when he gets a big opportunity.”

Swisher added that no situation seems to be too big for Schulte.

“He is super calm, he is not an emotional player but he gives enough confidence and personality to show his teammates that his presence will make them feel safe and to the opposition that it will be hard to beat him,” Swisher said. “He is super steady in his demeanor and he is composed even when things are not going well. His role has been huge in showing that he is there to save when the team needs him. (He is a) great kid with a great personality willing to help others on and off the field, and big shout out to Tim Kelly — he gets a big credit on his development.”

That development will continue when Schulte heads off to join the St. Louis University soccer program this fall.

Before then, though, Schulte will finish out the DA tournament and rejoin the STLFC professional side to finish out its USL season.

“I honestly look forward to the challenges and the adventures I'm having,” Schulte said. “Everything is just a new experience and it's all different. I'm just trying to take everything in.”

Soccer hasn't been the only athletic outlet for Schulte this season.

Prior to graduation, he also played a hand in helping the Howell basketball team take fourth place in Class 5 last winter.

“The community there was great, very supportive of everything,” Schulte said. “This journey I've been on has just been incredible and I can't wait to see what else is in store.”

Troy Buchanan sophomore Maggie Miller died Nov. 11 and left behind many friends in the Lincoln County community. She was a multi-sport athlete.

In his tenure, Shelton guided Kirkwood to a 48-14 record and won the 2016 Class 6 state championship, the second state title in program history.

The last time there was no Turkey Day: Jones, Webster Groves played for state in 1988

This season's rivalry game between Kirkwood and Webster Groves has been canceled by COVID-19. It was not played in 1988 because of a state championship.

Tanner Jackson emerged from the pile, pigskin firmly in hand.

Jackson scored four first-quarter touchdowns on its way to a 49-14 win in a Class 5 state semifinal Friday at North.

Nate Rapplean’s first taste of varsity football did not go as planned.

There wasn’t much Cardinal Ritter senior Luther Burden could do to release his frustration.

Notre Dame leading the way for Missouri girls in esports

Notre Dame is only all-girls school in Missouri to sport an esports team.