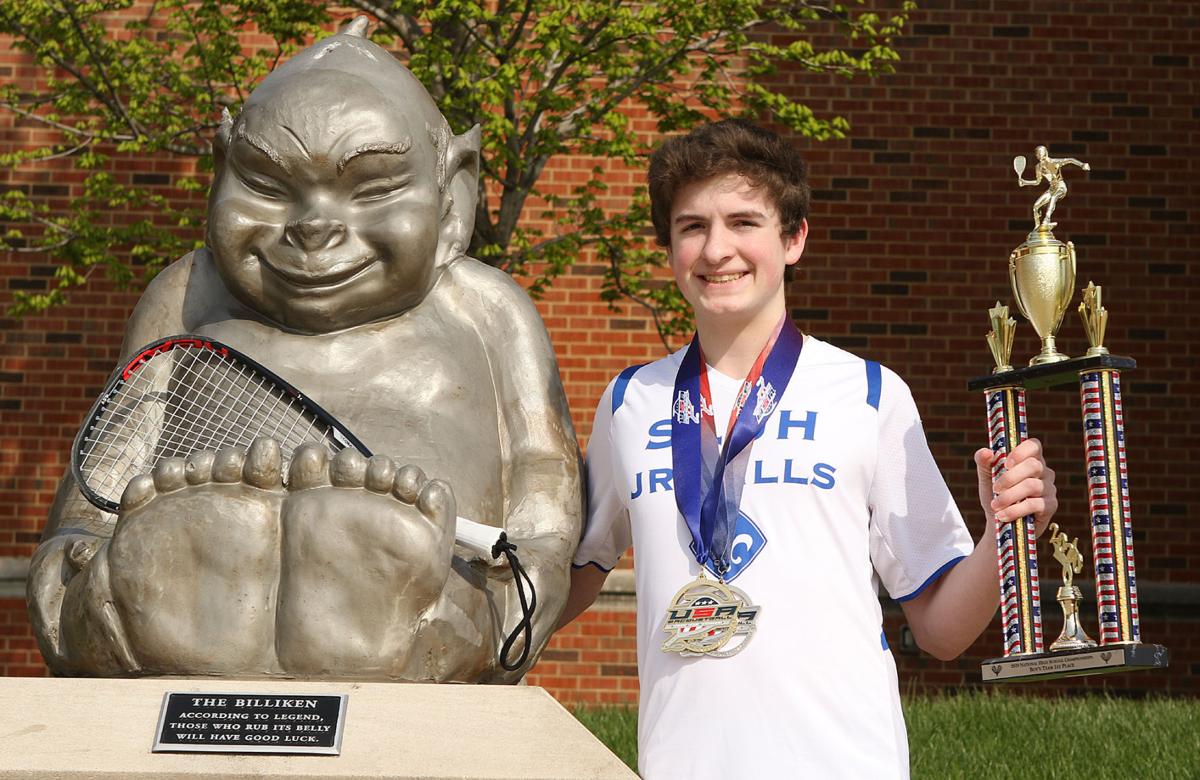 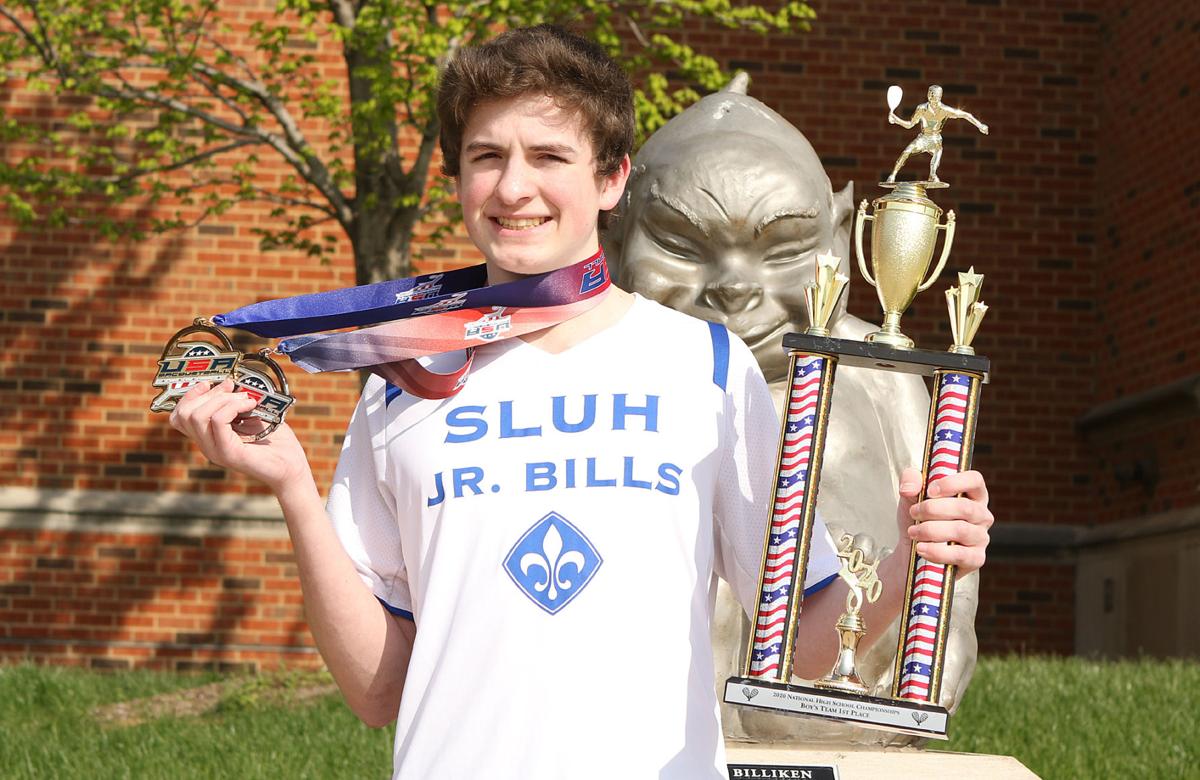 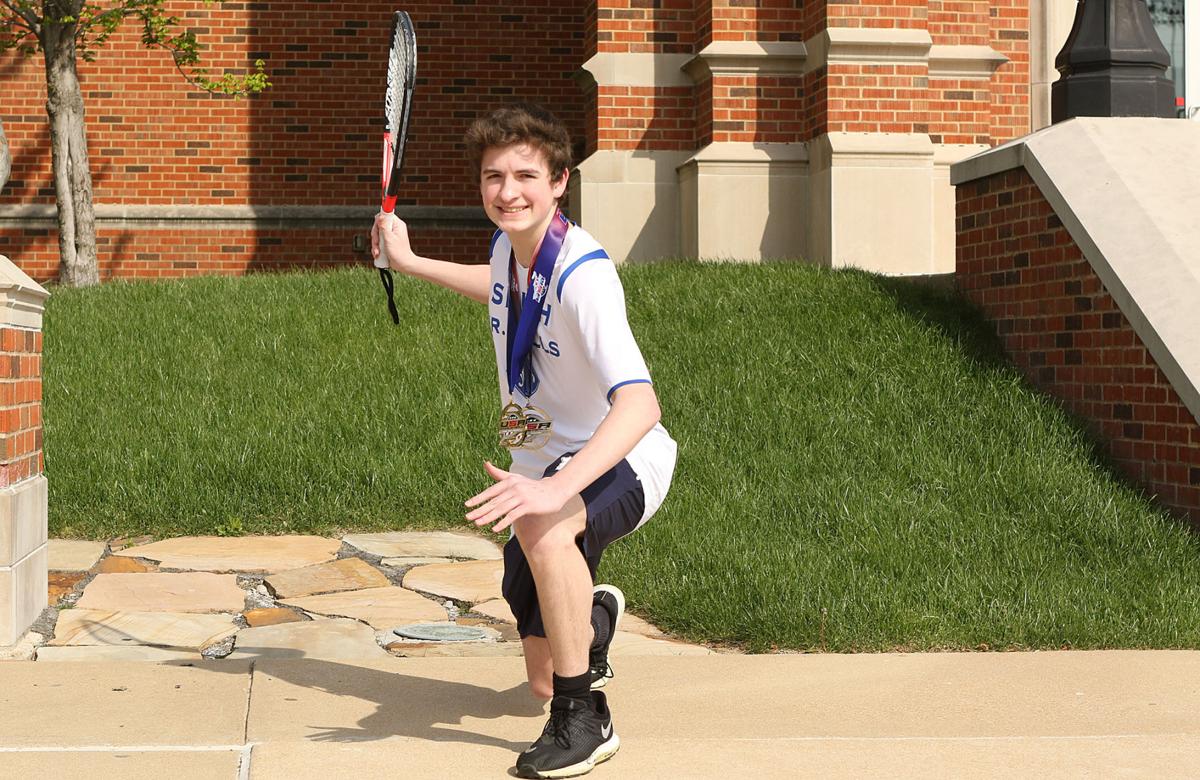 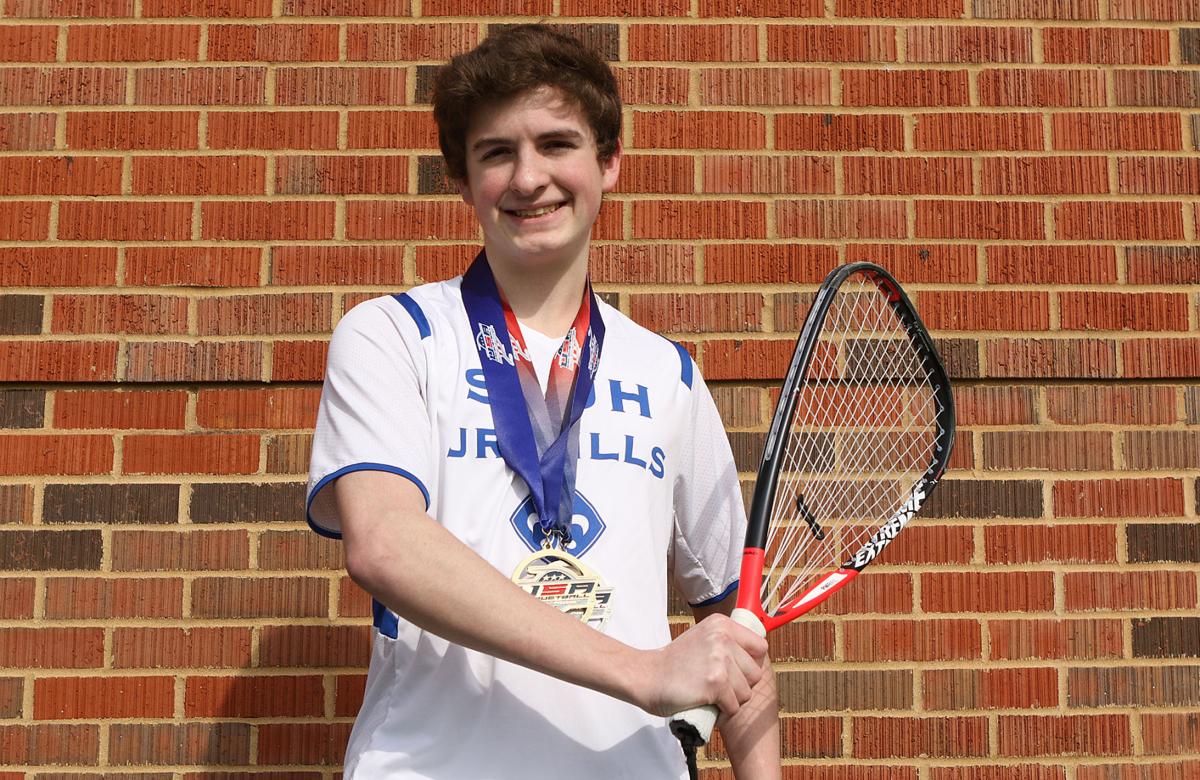 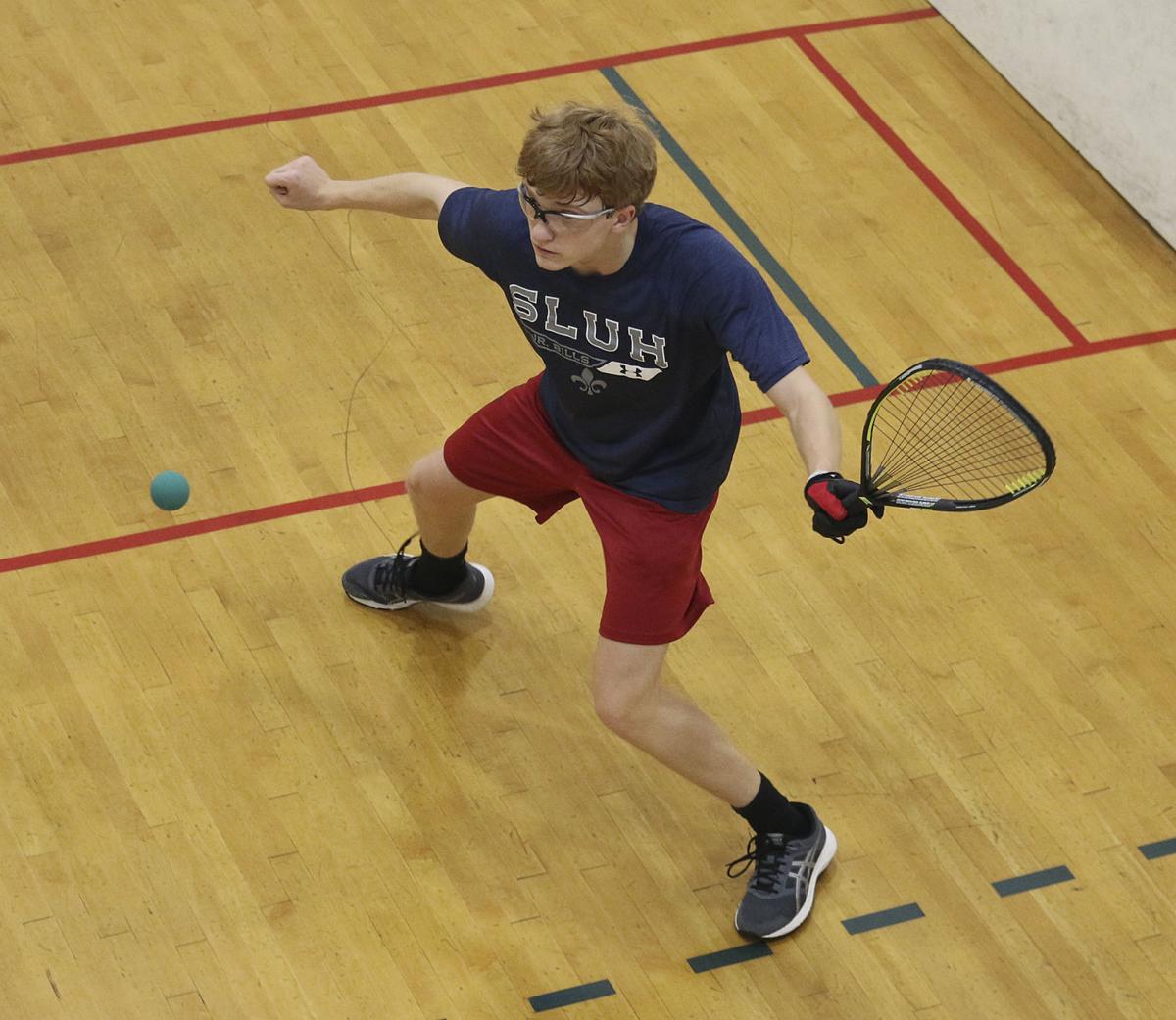 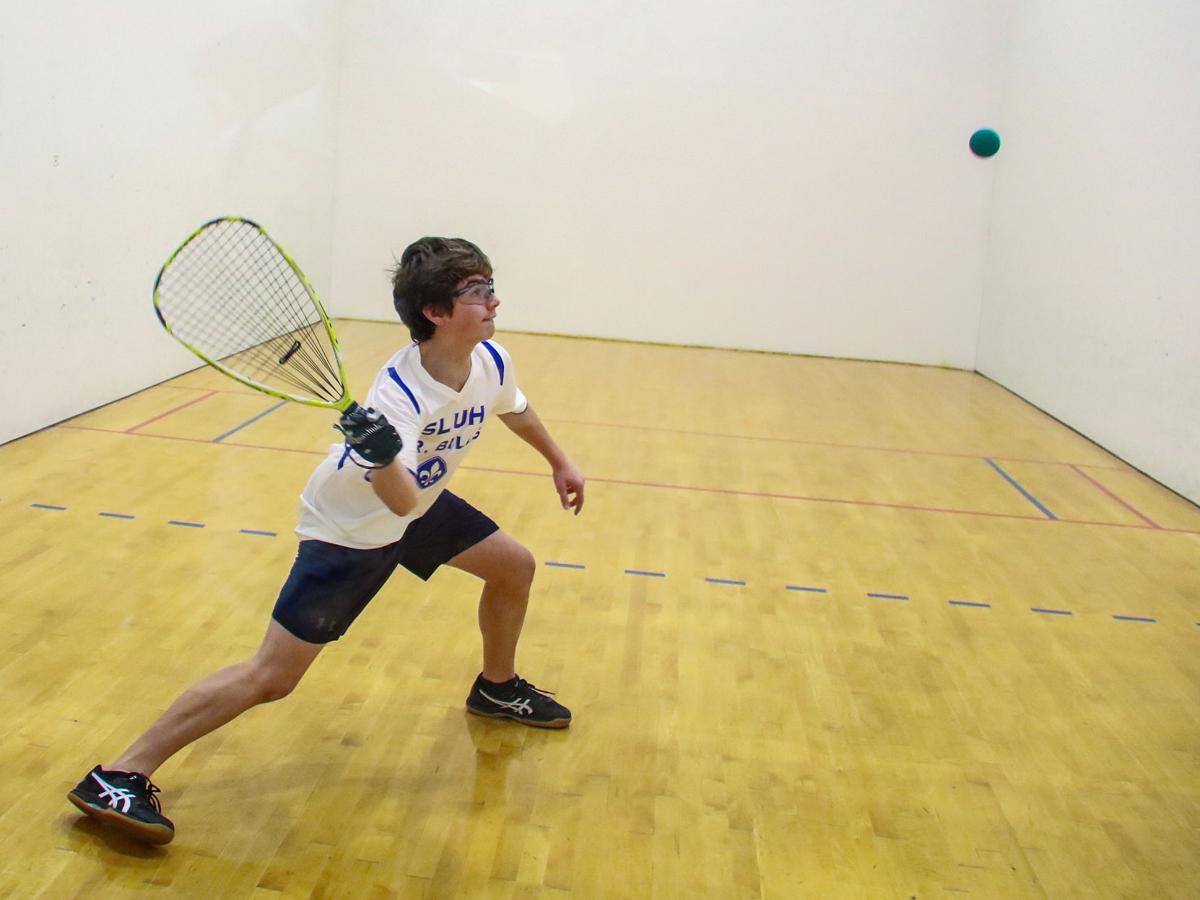 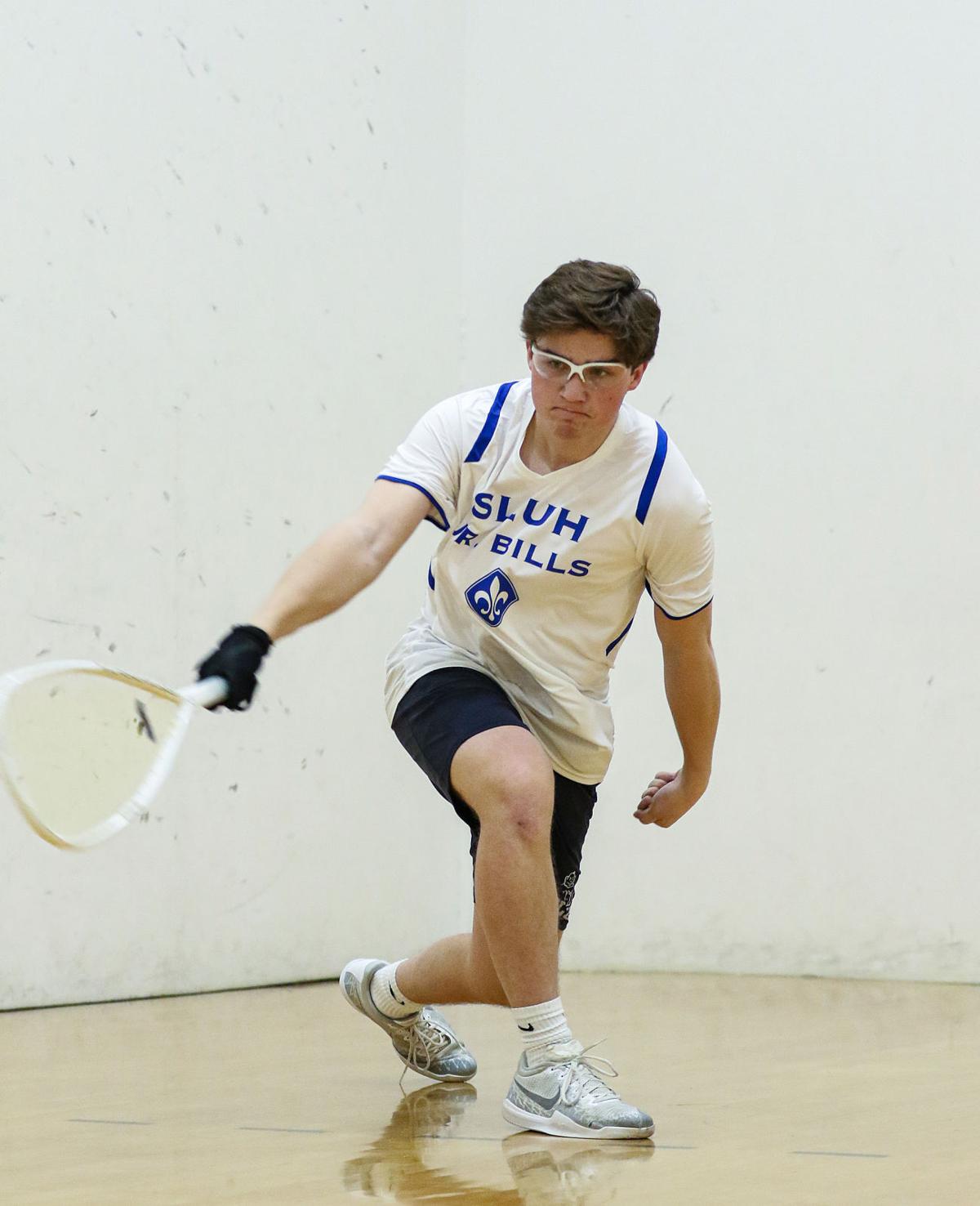 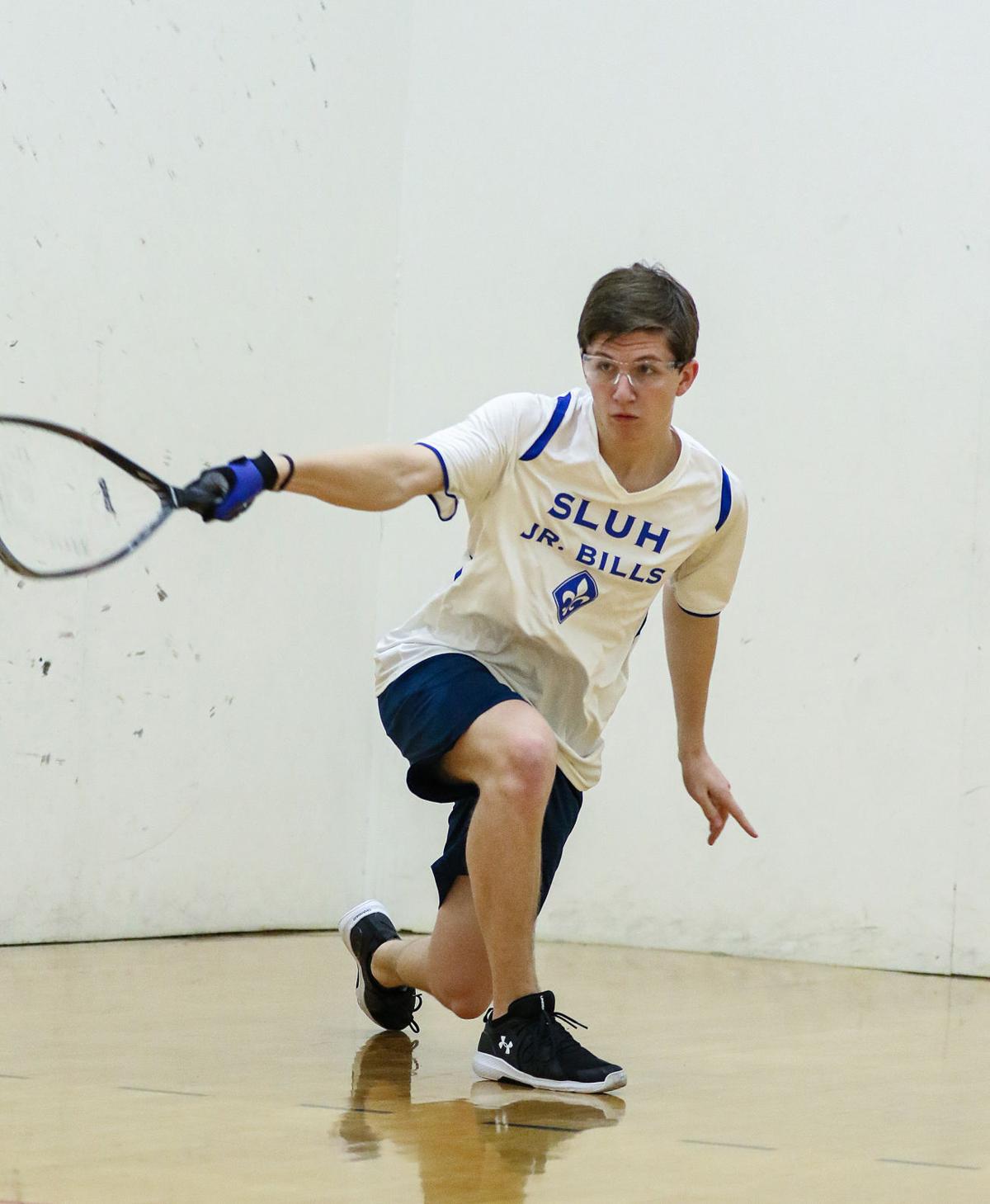 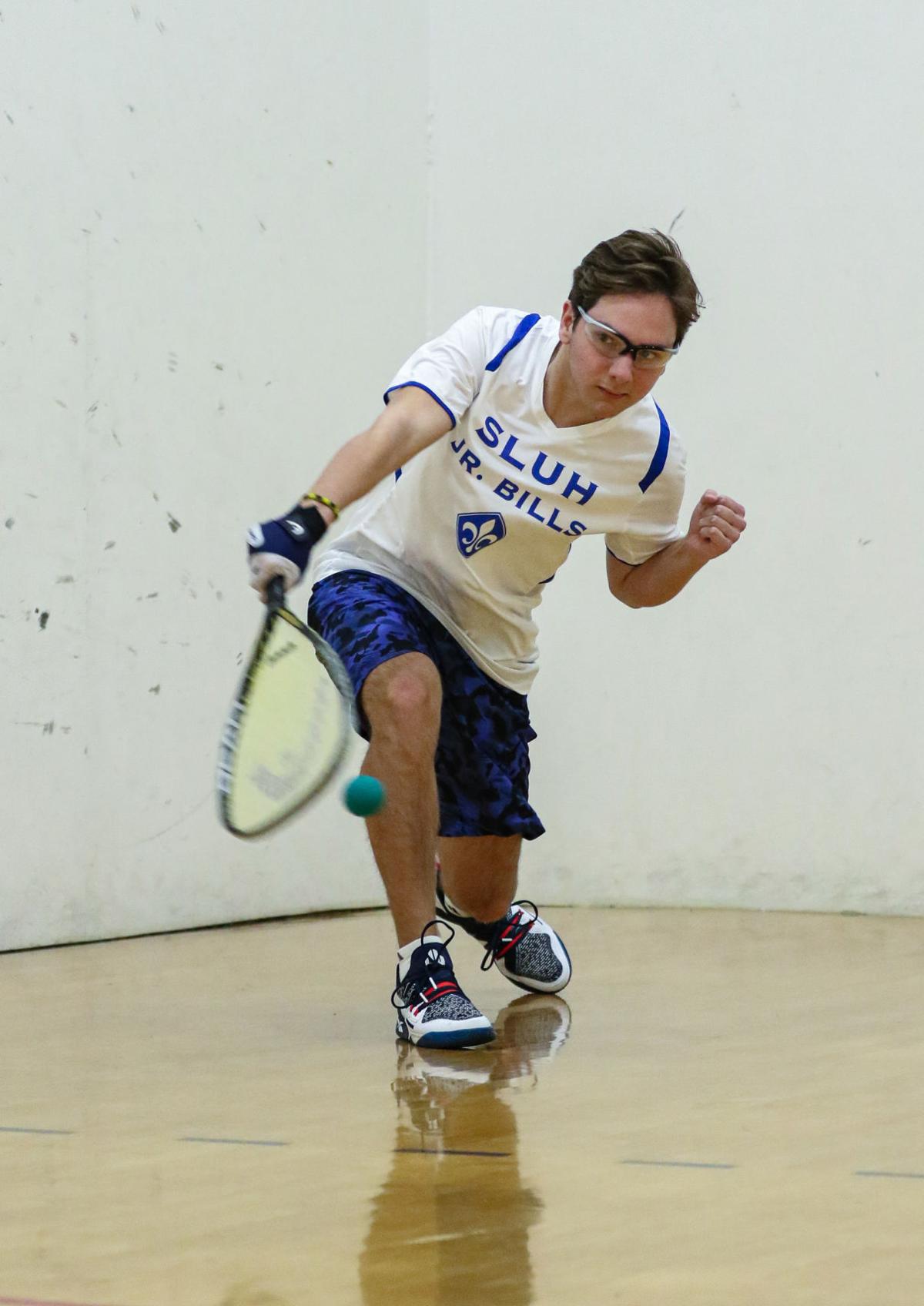 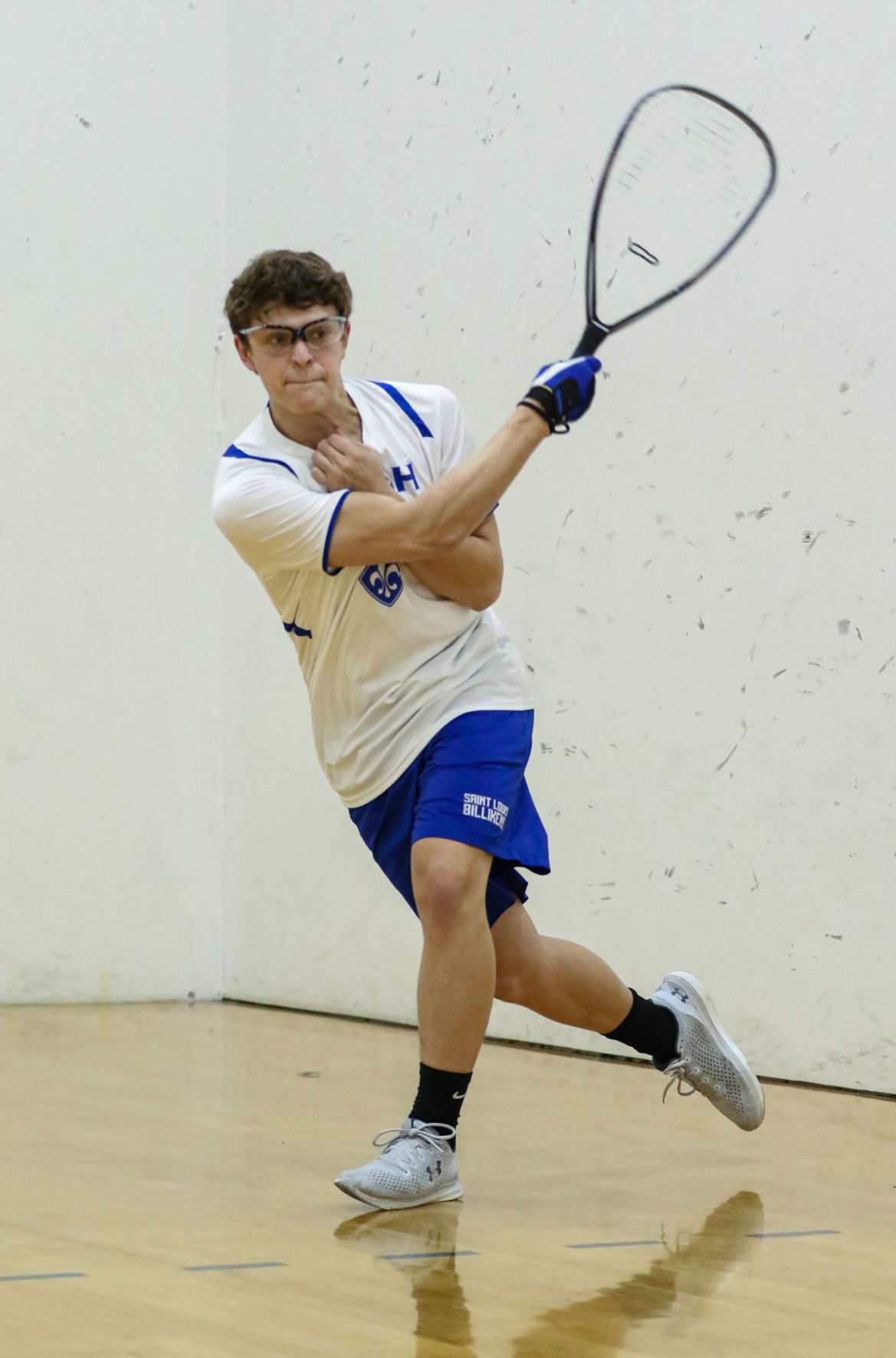 It was a winter of sustained excellence in area high school athletics.

“People think there must not be much competition if you can win 10 (national championships) in a row, but that isn’t the case. I can guarantee that,” said Dr. Joseph Koestner, who has been involved with SLUH racquetball for 36 years and counting.

The SLUH racquetball club began in 1978 and shortly thereafter, the few participants asked choral director Koestner to be their faculty adviser.

“All the kids wanted was a moderator, they weren’t looking for a coach. Unfortunately, they got one,” Koestner joked.

Koestner, who was inducted into the Missouri Sports Hall of Fame for coaching racquetball in 2016 and stepped down as SLUH's head coach in 2017, admitted to knowing little about the sport at first.

He watched videos and attended clinics, including one by legendary coach Fran Davis. She introduced him to a strategy called "percentage racquetball" — in essence, hitting the shot that allows for the highest percentage of winning that rally, not the flashiest shot.

“When I went to Fran’s clinic it all sort of clicked, and we just started preaching and drilling and practicing,” Koestner said. “We adopted ‘percentage racquetball’ and we never looked back.”

SLUH won its first state title in 1995, and the first of its 14 national championships in 1998. The Jr. Bills went 10-0 during this season but struggled early, winning some tightly contested matches.

"We had some rough patches early on. A couple players lost matches that they did not expect to lose," said Stephen Deves, SLUH assistant coach and racquetball program director. "Our very first match as a varsity this year (against Parkway West) we won, but it was a lot scarier than we thought it would be and we as coaches thought it might be a challenging year."

SLUH improved every week, cruised through the state tournament and during the four-day national championships in Portland outlasted 34 teams from nine different states to claim its 10th successive national title.

The Jr. Bills were bolstered by upset victories and gutsy performances from players up and down the lineup.

“Out of everybody on the team, Andrew has probably learned our (percentage racquetball) strategy better than anybody else. (Hartman) hit better shots, was more athletic, was faster, but our strategy beat him. It was amazing,” said coach Robert Hoffman, who began as an assistant to Koestner in 2004 and is in his third season at the helm of SLUH racquetball.

Senior Tommy Phillips battled through a shoulder injury and a knee injury to earn a runner-up finish in the Division 3 Gold bracket.

“The pain was immense and with (the shoulder injury) being my swinging arm, it was difficult to go out when it was hurting,” Phillips said. “Neither of the injuries really affected me mentally, though. I just saw them as obstacles that needed to be overcome so that I could keep playing.”

Sophomore Clark Martin played 13 matches in total, finishing as runner-up in Division 3 doubles and then immediately playing his Division 6 Blue singles championship match, which he won.

“It was definitely one of my most challenging experiences physically and mentally,” Martin said. “Playing 13 matches was exhausting, but it was also the most fun I’ve had playing racquetball.”

Hoffman estimates 95 percent of the SLUH players learn racquetball for the first time at their first high school practice. Phillips joined the racquetball team after being cut from the soccer team as a freshman.

“Initially, my plan was to try out for soccer again the following year, but after my first season, I truly fell in love with racquetball and never looked back,” he said.

The love between SLUH students and racquetball continues to grow as 93 players embraced the roster this season. The team is divided into two varsity, two junior varsity and multiple freshman teams.

Each level practices separately, but practice times often overlap, allowing freshmen a chance to watch how upperclassmen practice and allowing seniors an opportunity to coach the freshmen in the finer points of "percentage racquetball."

“The success we have now is largely based off the depth of our program. We never have the best players in the (national) tournament. In fact, we have never won the No. 1 bracket at nationals, but we have guys who can compete at every level,” said Deves, who was a senior on the 2011 team that began the streak of national titles.

The popularity of the sport in the St. Louis area is not just limited to SLUH students. According to Dan Whitley, executive director of the Missouri High School Racquetball Association, the St. Louis high school league saw its largest participation in its 41-year history this season with 545 players.

In all, 16 area schools participated in the MOHSRA league and nine sent teams to Oregon for nationals.

“We have had a racquetball resurgence among junior players in St. Louis in recent years,” Whitley said. “We’ve had great support among area high schools as a winter sport for kids who want to cross-train between fall and spring sports, it’s a no-cut sport at most of the schools and it’s a lifetime sport.”

The high school national championships alternate between St. Louis and Oregon and are scheduled to take place in St. Louis next February 24-28.

Despite being the team all others are trying to dethrone, SLUH willingly shares its teaching tips and practice drills with the rest of the local racquetball community.

But underclassmen like Martin are not quite ready to move aside.

"There is definitely a pressure to keep up the win streak, but once we get to nationals, it becomes less about winning and more about having fun with a great group of guys," Martin said.

And for Koestner, that is the true secret of SLUH's success.

“We’ve just been blessed with extraordinarily wonderful kids,” he said.

The Panthers returned from a two-week layoff because of a positive COVID-19 test and produced an eye-opening victory.

CLARKSON VALLEY — Taryn Moore simply was tired of being afraid.

An hour before the championship matches began, De Soto senior Jaycee Foeller and Lafayette junior Faith Cole sat together on the mat at Cable …

Athletes of the Week

LEMAY — Bayless senior Sophia Barton knew her girls volleyball team was on the cusp of a magical season — whenever it eventually happened.

Wesley Spitzmiller thought he was walking into football practice.

BELLEVILLE — There is a reason O'Fallon girls volleyball coach Melissa Massey could not choose a captain for her team this season.

BETHALTO — Highland senior Liam Gallagher had never returned a kickoff in his life.