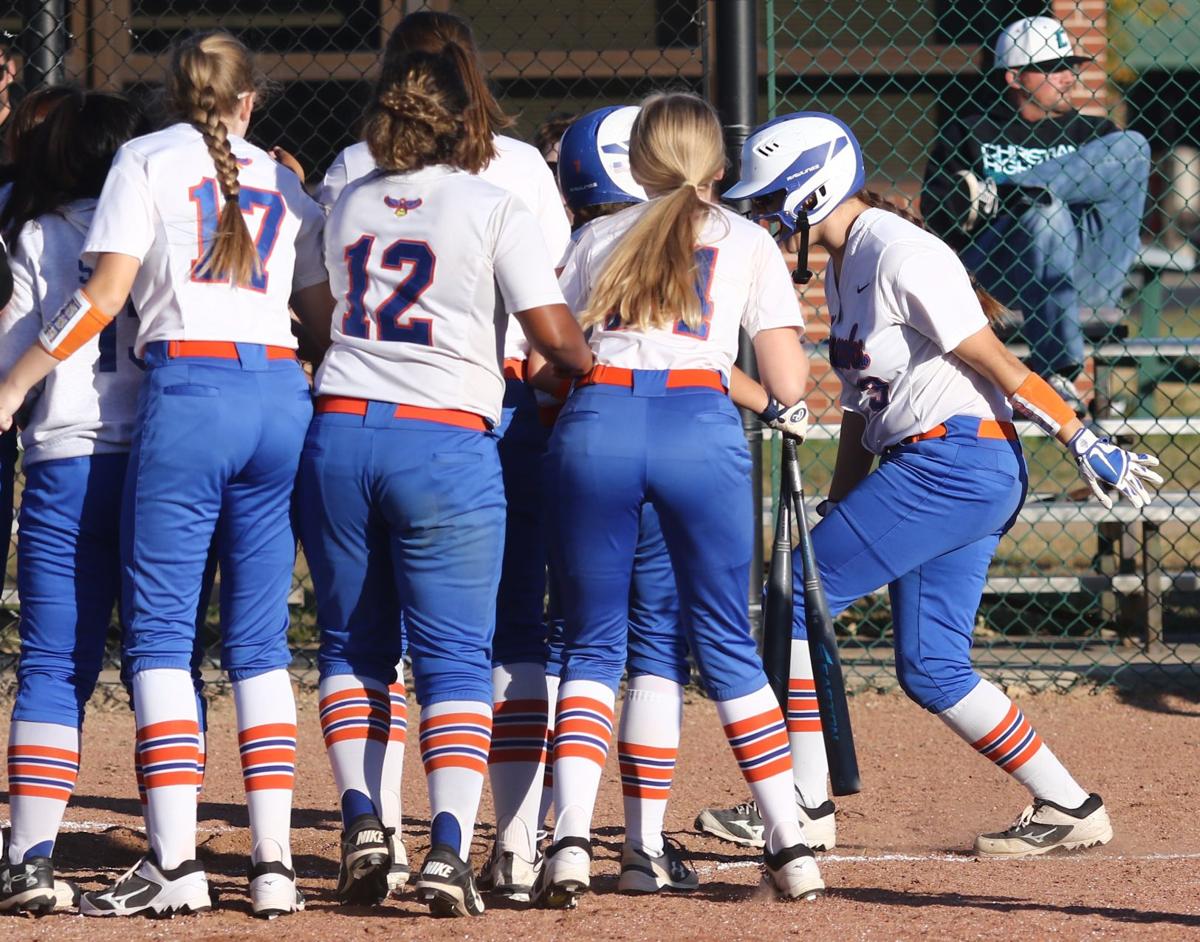 Grace Mosley (3) of Valley Park is greeted at home plate after her solo home run against O'Fallon Christian in the Class 2 District 4 softball game on Thursday, October 17, 2019.Paul Baillargeon, Special to STLhighschoolsports.com 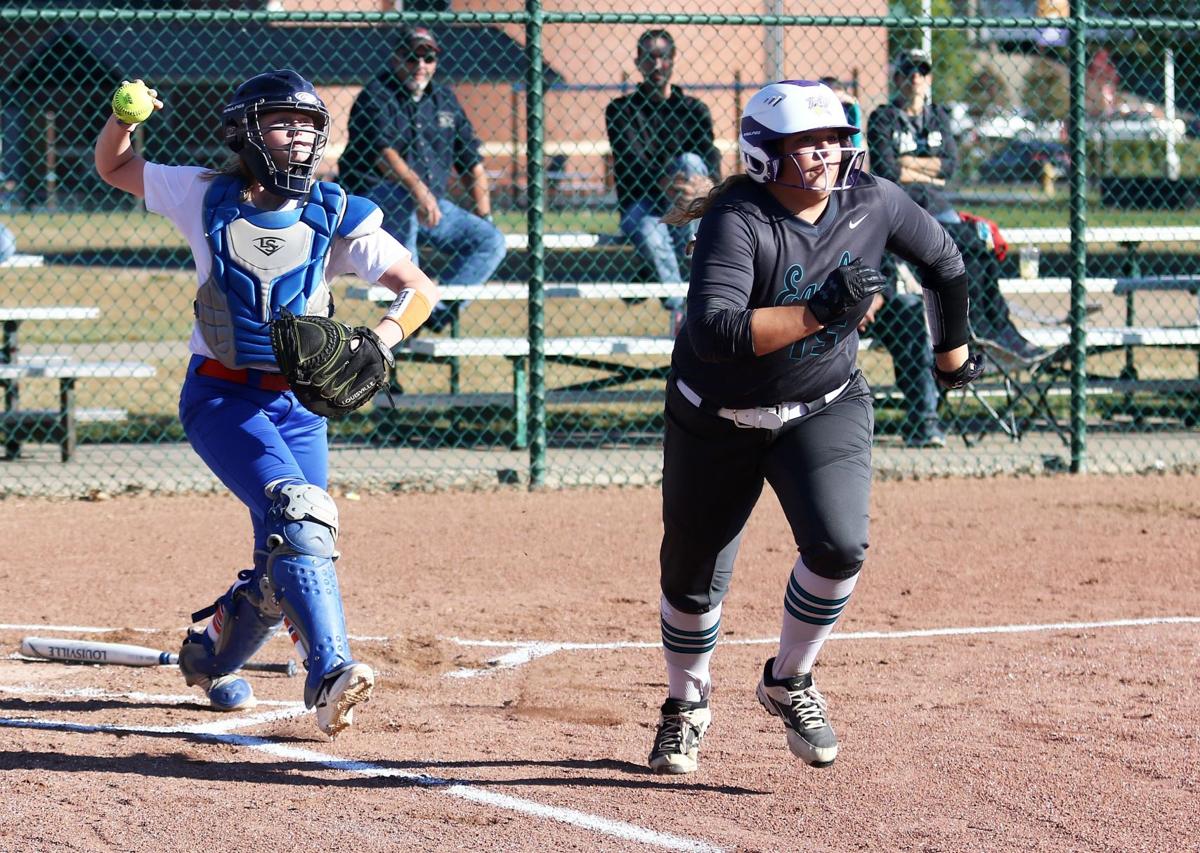 VALLEY PARK — Emily Geary indulges in a little pregame snack before every game.

Each time, she eats an apple to avoid hunger and help her get ready to play. That little bit of extra Vitamin C might have paid dividends Thursday for the sophomore catcher as she helped Valley Park defeat visiting O'Fallon Christian 11-1 in five innings in a Class 2 District 4 semifinal.

“It feels great,” Geary said through a big smile. “I guess that bag of apples helped today.”

Against O’Fallon Christian, Geary showed off the extra nourishment she received when she threw out back-to-back runners trying to steal second base in the top of the second inning.

“We were talking about it as coaches and that was the turning point in the game,” Valley Park coach Tank Sherman said. “Throwing two runners out not only kept us in the game, it gave us a spark. That transitioned into our offense.”

The game was scoreless after the first inning before Valley Park scored multiple runs in the second, third and fourth.

Ahead 2-0 after the third, Valley Park got a three-run home run by senior first baseman Cailin McCloud in the third and then scored six runs in the fourth for an 11-0 edge.

In the fourth, the big hits were a leadoff home run by sophomore outfielder Grace Mosley and a pair of two-RBI hits by Geary and by freshman third baseman Charlie Eisenhauer.

Trailing just 2-0, O’Fallon Christian (5-16) couldn’t produce in the top of the third with the bases loaded and one out. Valley Park junior pitcher Anita Kraus struck out a pair of batters to end the threat.

The Eagles broke up the shutout bid on a run-scoring hit to right field by sophomore first baseman Ella Seay before Kraus closed the door. Kraus allowed just one run on five hits while striking out nine and walking three to earn the win.

“When you have eight or nine runners left on base and you can't score on that, it will definitely hurt your chances,” Schott said. “I was encouraged that we had people on, we just didn't have that clutch hit. I was encouraged.”

Up next, Valley Park will try to win the program's first district title when it takes on Elsberry, which defeated Brentwood 10-0 in its semifinal Wednesday.

Elsberry has won eight district titles in program history, the most recent coming in 2012.

“They are very fundamentally sound,” Sherman said. “They hit the ball well. They don't make many mistakes defensively and their pitcher's not bad. We're going to have to bring our A game.”

Grace Mosley (3) of Valley Park is greeted at home plate after her solo home run against O'Fallon Christian in the Class 2 District 4 softball game on Thursday, October 17, 2019.Paul Baillargeon, Special to STLhighschoolsports.com