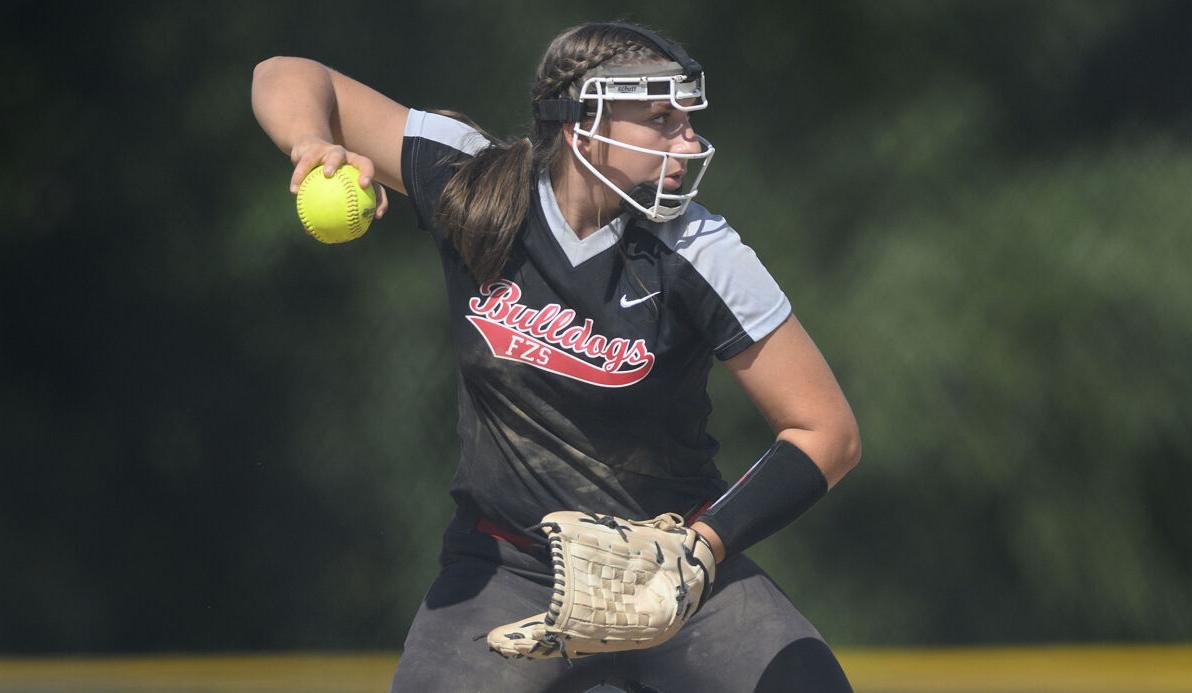 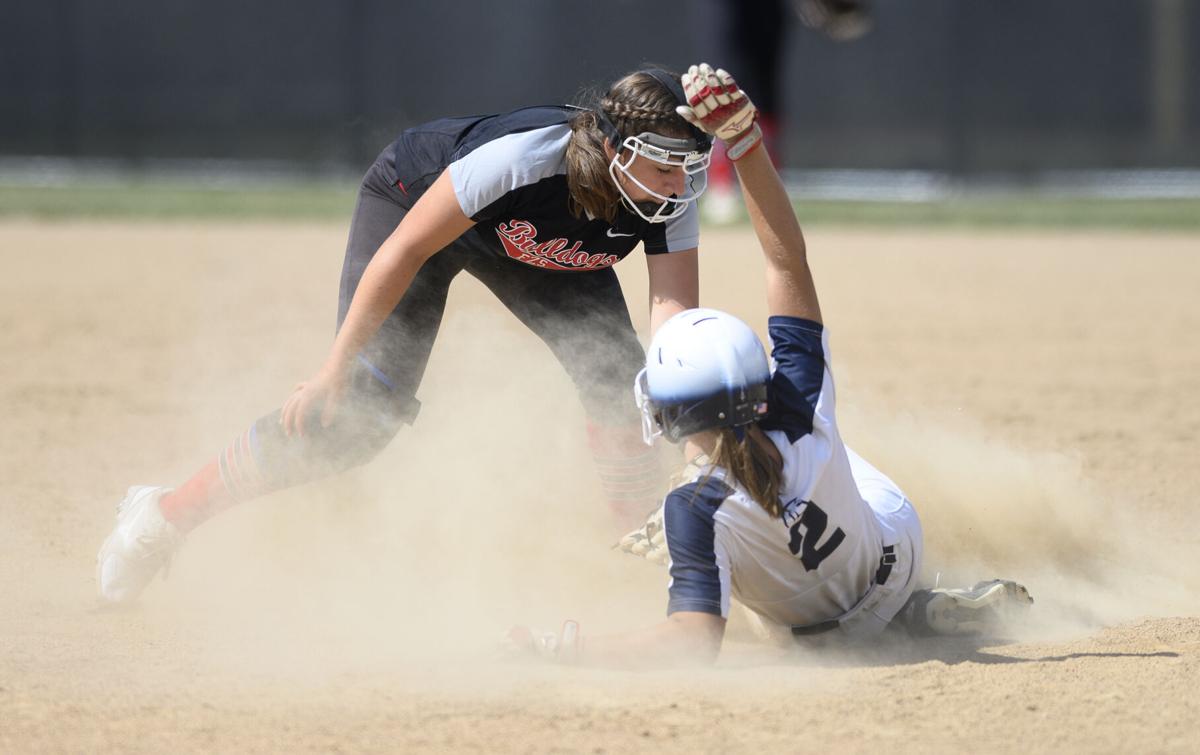 Fort Zumwalt South's Sami Picha attempts to tag out a runner at second during a softball game on Friday, August 28, 2020 at Francis Howell Central in Cottleville, Mo. Paul Halfacre, STLhighschoolsports.com

Fort Zumwalt South scored early and often on the way to a 16-2 win over Hannibal in the semifinal round of the Class 4 District 4 Tournament at Warrenton High on Thursday.

The Bulldogs (13-8) will be searching for their first district crown since 2011 and their 10th overall when they face Warrensburg (14-8) in the title game at 1 p.m. on Saturday.

Sami Picha had a home run and five RBI for South. Katy Mawer also homered for the Bulldogs, who scored seven runs in the opening frame.

The contest was stopped after five innings by the 10-run rule.

Pitcher Sydney Kill allowed just two runs on one hit to pick up the victory.

Marquette 6, Lafayette 0 – The Mustangs (9-3) avenged an earlier loss this season to Rockwood School District rival Lafayette by posting a shutout in Class 5 District 2 play Thursday at Lakeview Park in Washington.

Junior Sophia Dunn homered and drove in two runs for the winners.

Marquette will face Eureka in the district title game at 4:30 p.m. on Friday. The Mustangs, who beat Eureka 7-4 on Oct. 6, will be seeking their sixth successive district crown.

The Trojans earned a measure of revenge after Holt beat them 4-3 in last year's district championship game.

Lily Arndt threw a complete game two-hitter. She she struck out eight.

Farmington 10, Cape Girardeau Central 1 – The Knights rolled to victory in a Class 4 District 1 semifinal at North County in Bonne Terre.

Shelby Bowling, Angelia Davis and Abby Robbins drove in two runs each. Robbins also earned the win as she allowed just the one run on four hits while striking out five.

Webster Groves High seniors Taylor Knapp, Maddie Buske and Kelly Collins have shared a passion for softball ever since meeting in elementary school.

SULLIVAN — Kayla Ulrich’s hands were hurting Saturday as she stood on first base in temperatures hovering in the mid-40s.

ST. PETERS — Kyleigh Villarreal said she and her Summit softball teammates made full use of a secret weapon Thursday during a 16-9 victory aga…

Softball postseason spotlight: Carney's work has been worth the weights for Marquette

While Maddie Carney has had a love-hate relationship with the weight room, there has been much more in the way of feeling the love in recent days.

Fort Zumwalt South's Sami Picha attempts to tag out a runner at second during a softball game on Friday, August 28, 2020 at Francis Howell Central in Cottleville, Mo. Paul Halfacre, STLhighschoolsports.com