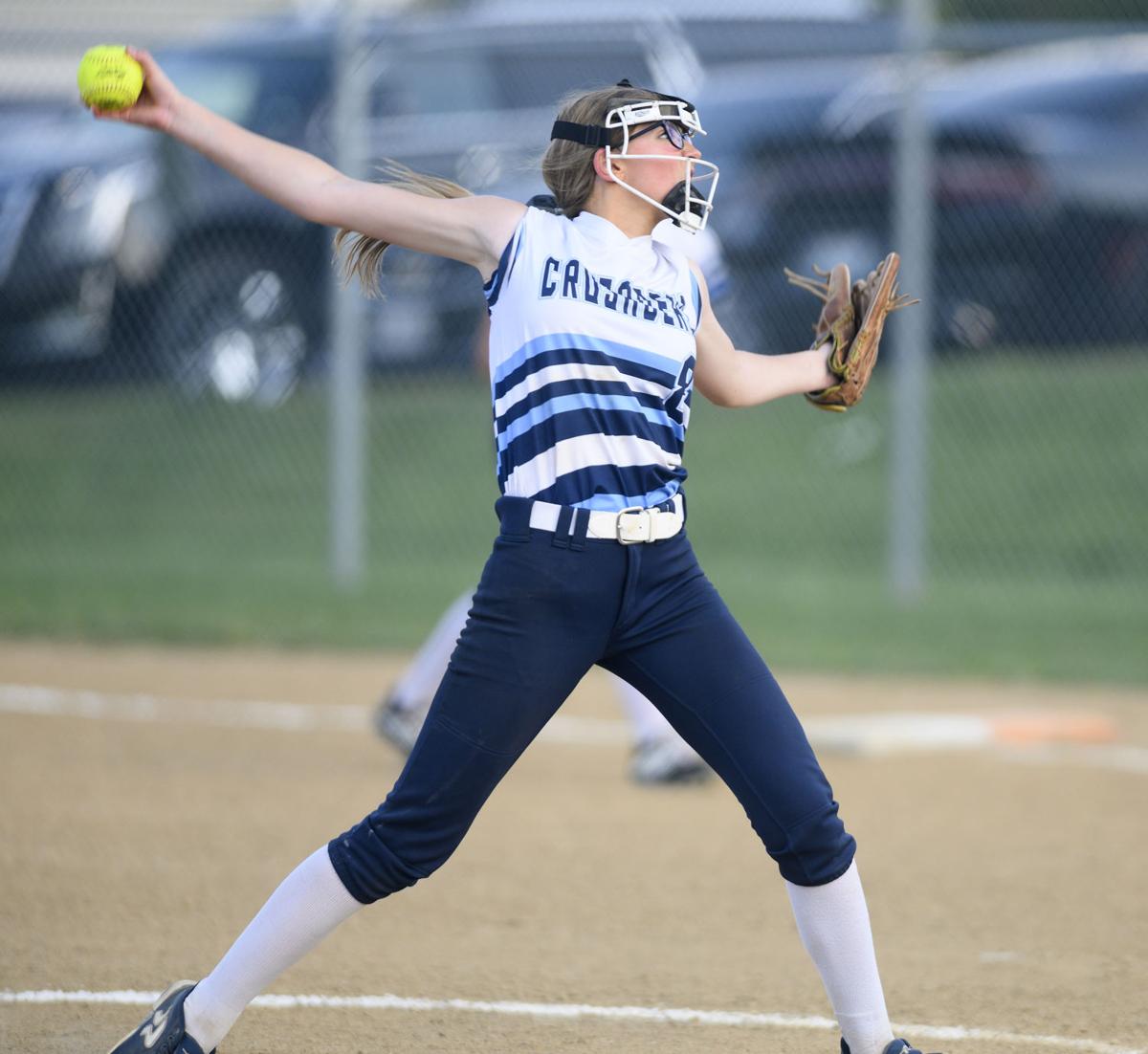 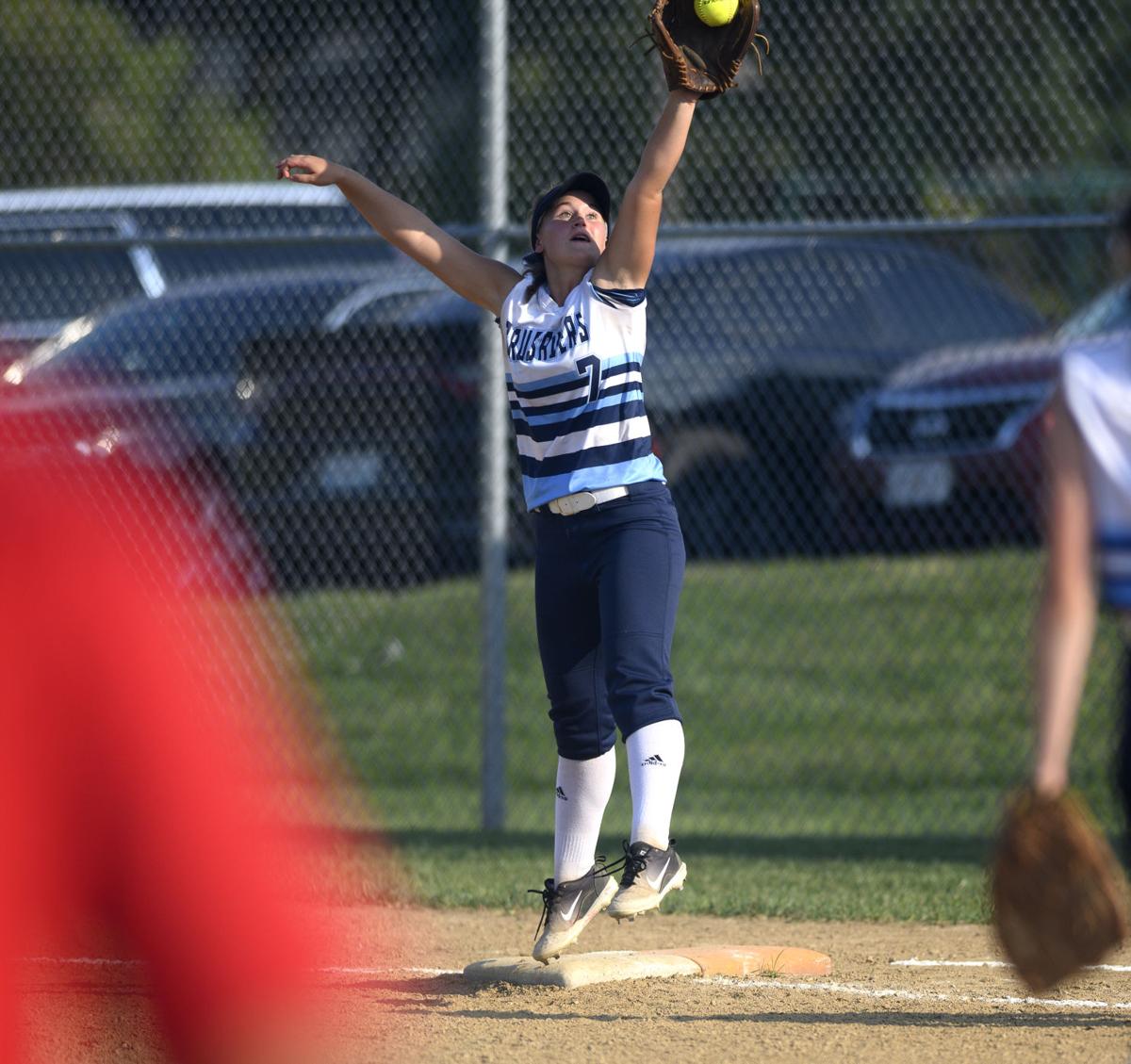 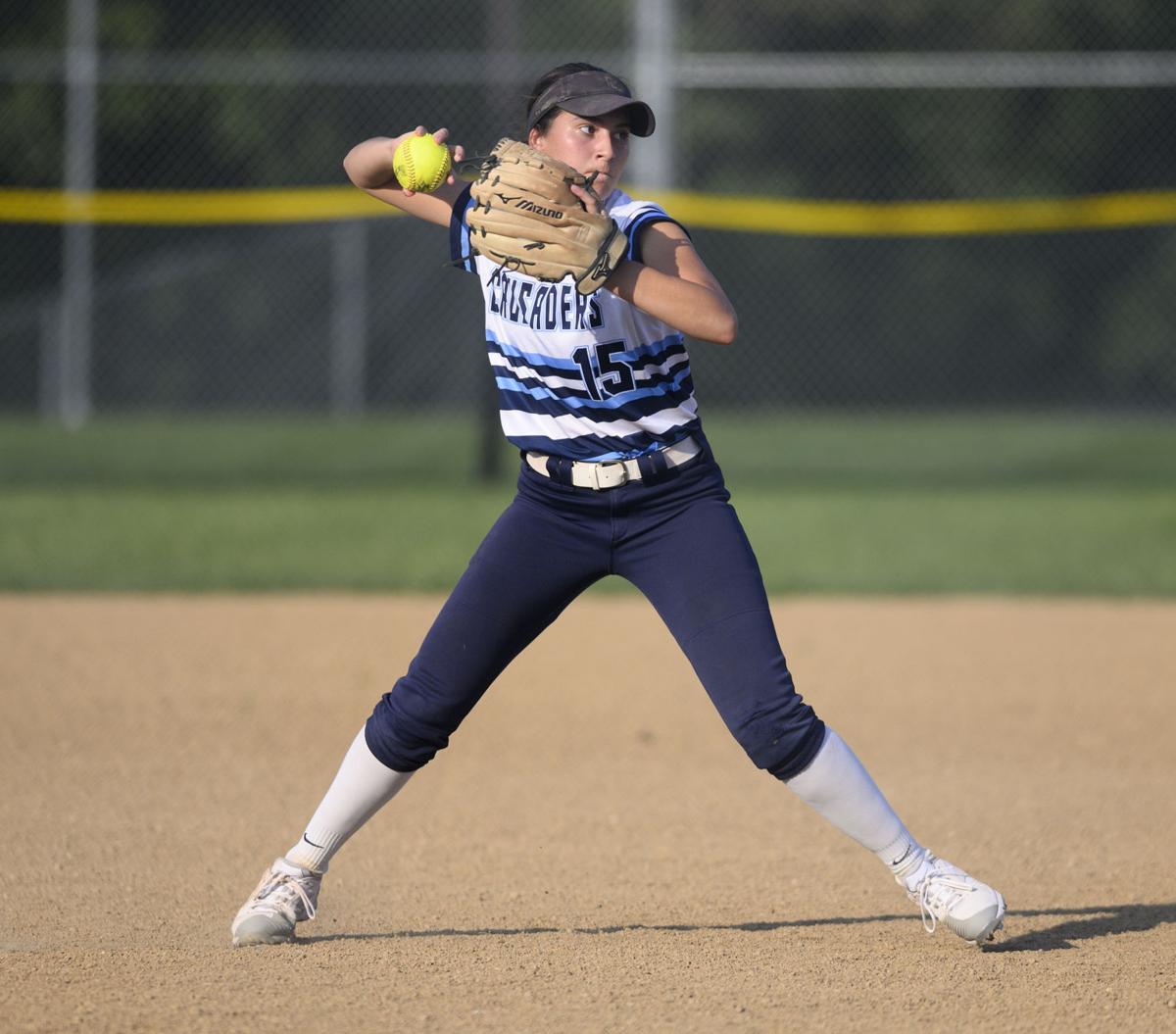 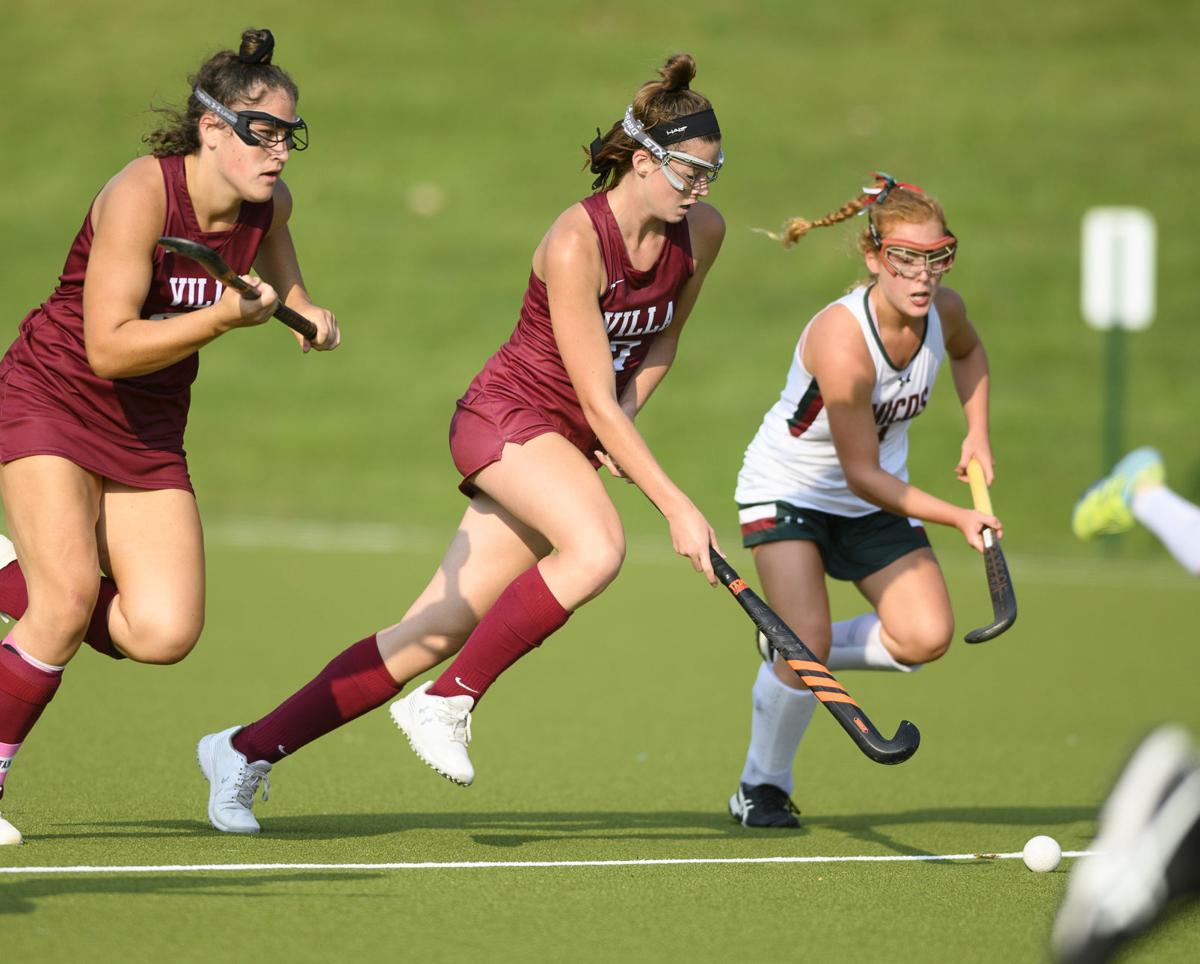 Villa Duchesne's Gigi Edwards (7) runs after the ball during a game at MICDS on Friday, September 20, 2019 in Ladue, Mo. Paul Halfacre, STLhighschoolsports.com 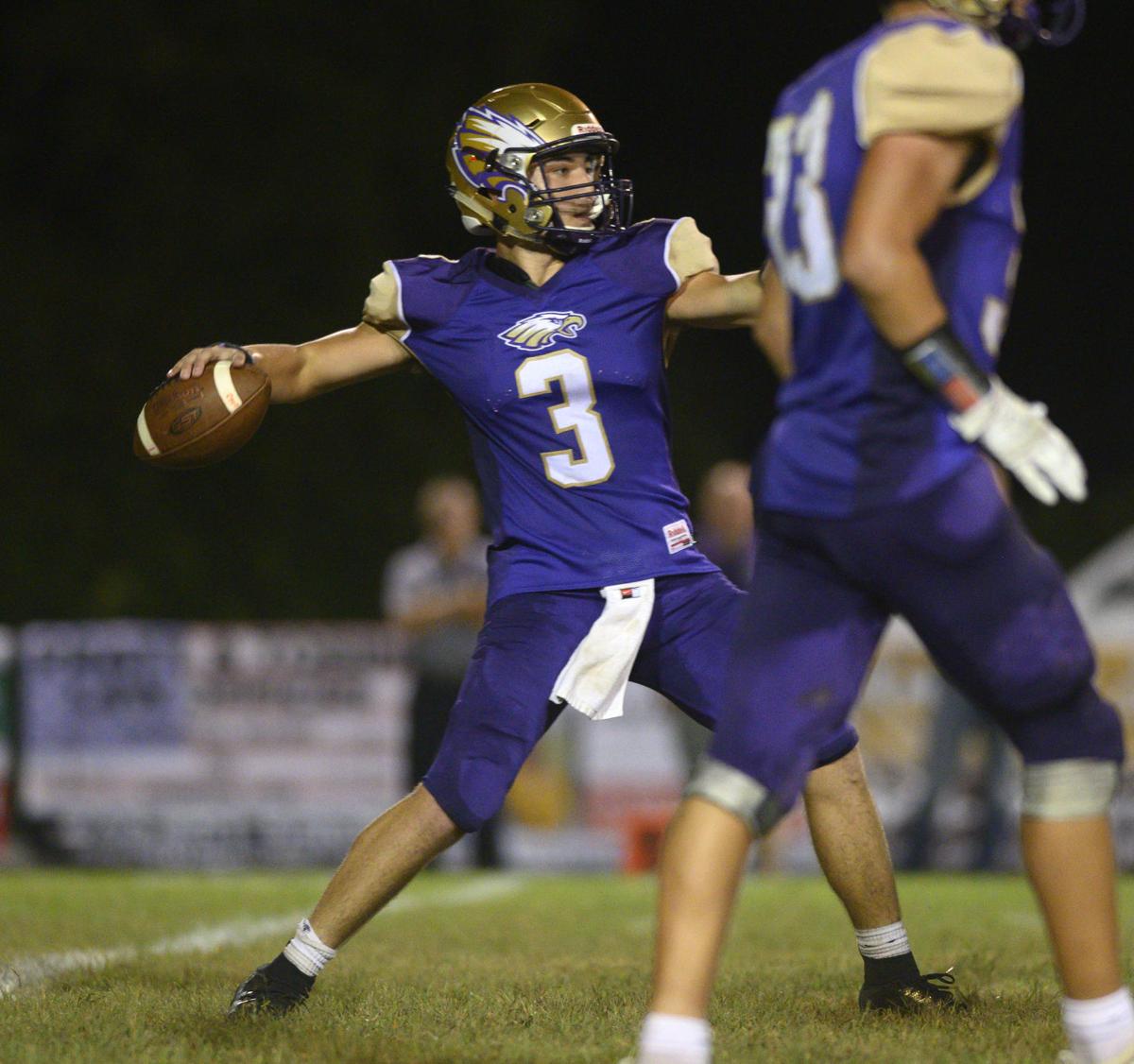 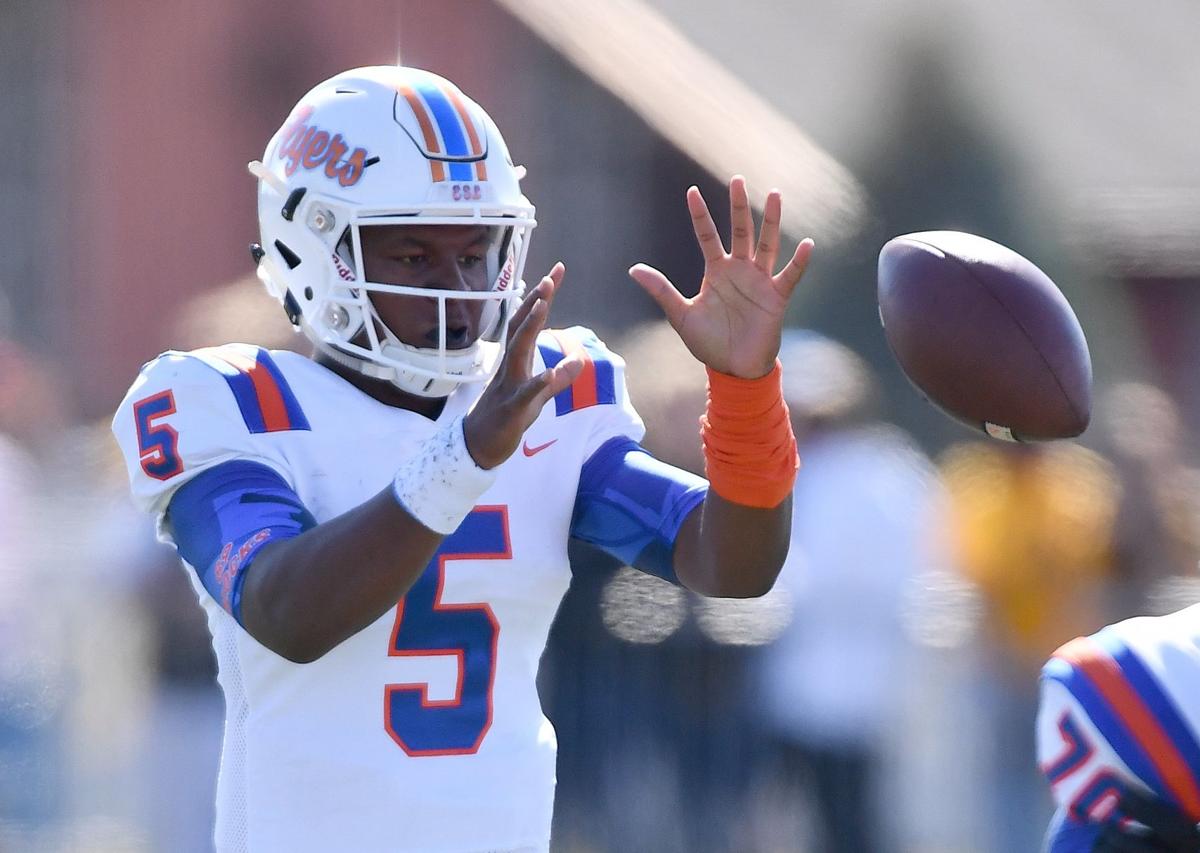 East St. Louis quarterback Tyler Macon catches the snap in a game against O'Fallon at O'Fallon, IL on October 12, 2019. Tim Vizer/Special to STLhighschoolsports.com

The right-hander tossed her first shutout of the season on Friday to help the Crusaders to a 4-0 win over St. Charles in the championship game of the Class 3 District 6 Tournament at Orchard Farm High.

"She was on, right from the get-go," St. Dominic coach Noah Duncan said.

The Crusaders (13-13) captured their fourth successive district crown and will face Trinity (6-21) in a sectional contest on Wednesday in Spanish Lake.

Edwards allowed just four hits and was in control from start to finish.

Abbie Danchus led the attack with a 3-for-3 performance. She drove in two runs. Senior Natalie Schellert and sophomore Delaney Smith also drove in runs.

Duncan called his team's performance, "special," because it gave his six-player senior class its fourth district title in a row.

"Not many players can say they did that," Duncan noted. "This whole team was just very, very determined - especially the seniors."

St. Dominic struggled at times during an up-and-down regular season, but has won six of its last eight and appears to be peaking at the right time.

"We knew that winning the district was our main goal," Duncan said. "So we refocused into the second season and the girls have played fantastically well."

Senior quarterback Noah Turbyfill hit sophomore brother Logan Turbyfill on a 22-yard scoring strike with 8 minutes and 10 seconds left to give Civic Memorial a 21-20 win over Triad in a Mississippi Valley Conference showdown on Friday.

The Eagles (6-2, 4-1) claimed a share of the league title with the win. Highland also finished 4-1 in conference play. The teams are considered co-champs even though Highland beat CM 64-28 on Oct. 4.

Noah Turbyfill hit on 21 of 34 passes for 342 yards. Kuron Parchman hauled in eight passes for 70 yards and two scores.

CM, which went 1-8 in 2017, claims a portion of the crown for the first time since 2010 when it won the championship outright.

The Panthers piled up 42 first-half points on the way to a win over Parkway South on Friday.

The Panthers (5-3) have won four in a row overall and three straight against South.

SAINT ON A ROLL

She scored twice in a 6-0 win over Marquette on Thursday and also had two goals in a 5-0 triumph over Webster Groves two days earlier.

Edwards tallied twice during a road trip to Louisville on Oct. 10-11.

The forward is second on the team with 15 goals behind standout Taryn Tkachuk (39). Edwards has 17 assists.

The East St. Louis football team scored a whopping eight touchdowns in the first quarter on the way to a 68-3 win at Belleville East on Saturday afternoon.

Quarterback Tyler Macon threw for three scores and ran for two others. Antonio Johnson hauled in two TD passes including a 5-yarder from Macon on the last play of the period. Macon hit on 7 of 11 passes for 193 yards.

Jemarionte Burgges recovered a fumble and ran 12 yards for a score that pushed the lead to 20-0 after just 2:17.

Villa Duchesne's Gigi Edwards (7) runs after the ball during a game at MICDS on Friday, September 20, 2019 in Ladue, Mo. Paul Halfacre, STLhighschoolsports.com

East St. Louis quarterback Tyler Macon catches the snap in a game against O'Fallon at O'Fallon, IL on October 12, 2019. Tim Vizer/Special to STLhighschoolsports.com