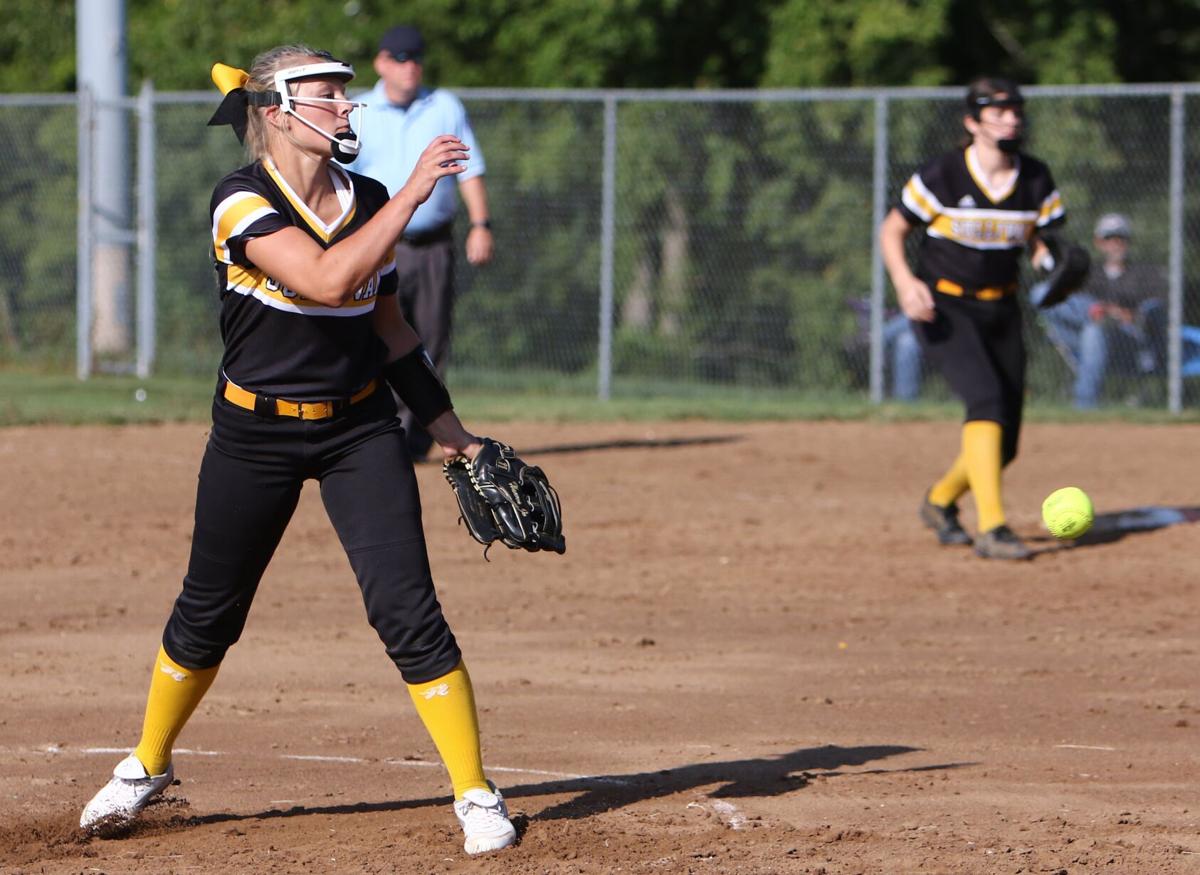 Hanna Johanning of Sullivan throws a pitch against Washington in the softball game in Washington, Missouri on Monday, August 31, 2020. Paul Baillargeon, Special to STLhighschoolsports.com 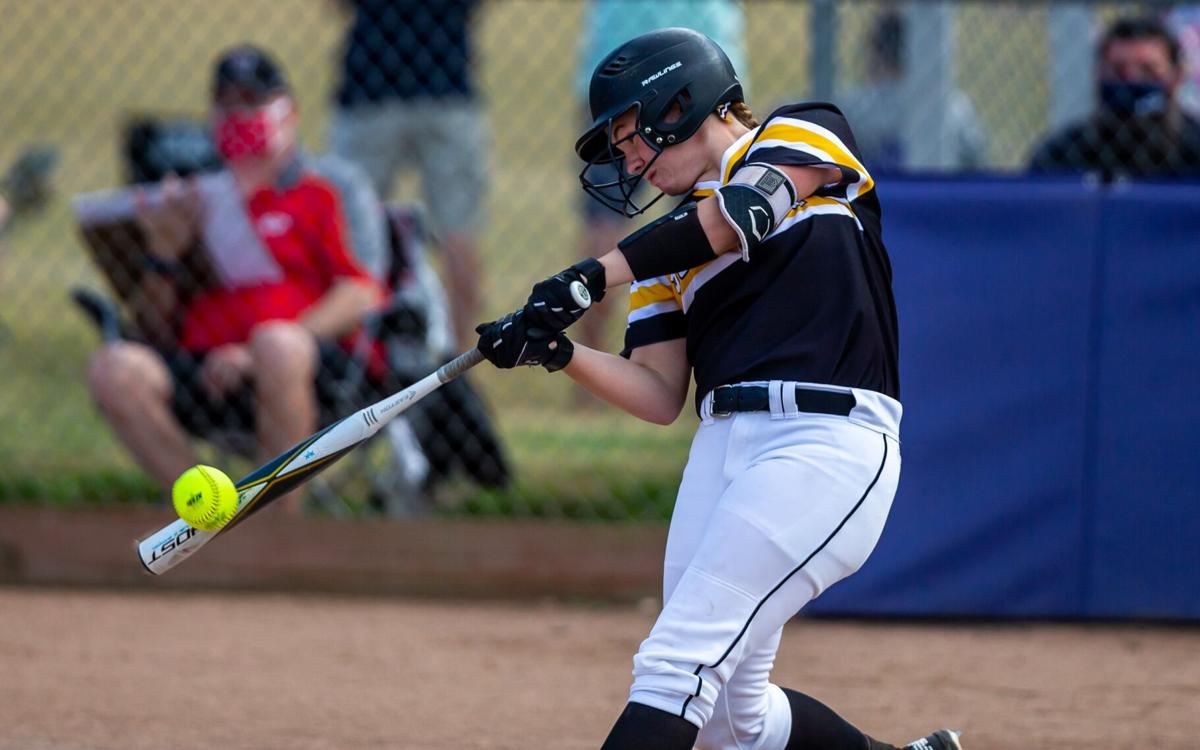 Not only were the Eagles taking on the No. 1 team in the state in Class 3, Logan-Rogersville, in the quarterfinal round, but they were also doing so without three contributors, who were forced to stay home under coronavirus quarantine.

Sullivan shook off all of the distractions in knocking off the high-powered Wildcats 4-0.

“This feels good because we had a lot of pep talks that really focused on not moving too fast and that’s how we approached this game,” said junior shortstop Kayla Ulrich, who drove in all four runs. “We had a lot of new players in different positions because of what happened and it took a lot of focus. We just had to go play-by-play, out-by-out and inning-by-inning.”

The Eagles used the pitching of senior Hanna Johanning to stymie Logan-Rogersville, which beat Sullivan 8-4 earlier in the season.

Johanning tossed a complete-game shutout and was in control from start to finish.

“The defense was so great and I'm so proud of them,” Johanning said. “We had zero errors. I couldn’t have asked for anything else.”

“Logan-Rogersville had some great wins over great competition, we just went into this feeling like we were the underdogs and we came out with the win,” Crump said. “Hanna was unbelievable on the mound and kept their offense totally off balance.”

Ulrich drove in the first two runs with a fifth-inning hit and then, for good measure, sealed the victory with a two-run home run in the seventh.

“The bottom of the lineup got on and made it possible for me to do what I did,” Ulrich said. “That home run felt so good.”

The Eagles return home with a trip to Springfield on the line. Sullivan is the defending Class 3 runner-up and has reached the state semifinals in four of the last five seasons.

“I’m really excited to play our game at home, I think we’re a lot more comfortable there,” Johanning said. “I think it will be an advantage to have our crowd on our turf.”

But Rock Bridge rallied to win this Class 5 quarterfinal in Columbia. Jillian Larkin ripped a two-out triple in the bottom of the sixth to break a 2-2 tie.

Hanna Johanning of Sullivan throws a pitch against Washington in the softball game in Washington, Missouri on Monday, August 31, 2020. Paul Baillargeon, Special to STLhighschoolsports.com