The Missouri State High School Activities Association is offering fall high school softball programs a one-time chance to do something different because of the coronavirus pandemic — even though it looks like there might not be any takers.

Fall softball teams have been given options to compete in the current fall season; the alternative fall season from March 12 to May 1 in 2021; and also the traditional spring season, where a school that usually competes in the fall could play for a spring title in this school year only.

The MSHSAA spring softball season in 2021 is scheduled to run from March 15 through the state tournament May 20-21.

Several St. Louis County schools already have opted out of fall sports, including softball. Even with fewer schools competing, MSHSAA communications director Jason West said the state's plan likely is to play an expanded fall state tournament with five classifications, a bump up from the four-classification system that has been used since 1996.

MSHSAA announced Friday it will release softball districts and classifications Sept. 21, one month past the date listed in the official state handbook and less than one month before district tournaments are scheduled to begin Oct. 13.

“Classifications and district assignments will be made based on the schools participating that particular postseason,” West said in an email. “Once those assignments are made, there are no plans on redrawing anything at this time. The plan is (for five classes), but we'll see how many schools are competing this fall. That may change.”

Pattonville athletics director Jason Sellers said that group of teams have begun scheduling games for an alternative fall season rather than joining MSHSAA's established spring season, which normally is played by smaller schools in rural areas of Missouri.

“We are committed to the alternative fall, run by MSHSAA,” Sellers said. “The old Suburban North is kind of doing their own five-week thing, then doing a normal spring. We will play some games with them, but then play against other schools once that five weeks is over. We haven’t committed to the spring in either case — alternative spring or normal. We're going to see how this all plays out. Nothing is yet determined on our end for what sports will look like in (traditional) spring.”

Summit coach Doug Robinson said his team is conducting daily practices to have players ready to hit the ground running if it gets to return for the fall season.

Robinson said the Falcons have a six-game schedule between Oct. 1 and Oct. 12 that would lead into district tournament play.

“We're following all of the guidelines that the Rockwood School District and the St. Louis County executive has set forth,” Robinson said. “I hope that we can soon move into a phase that will allow us to start playing games. In the meantime, my girls are working hard to prepare themselves for competition in the near future.”

The Lancers are scheduled to play host to Saxony Lutheran at 4 p.m. Tuesday.

They were supposed to open the season Aug. 28-29 in the Notre Dame Tournament, which was canceled because of St. Louis County's restrictions regarding the coronavirus pandemic.

Weather postponed the Saxony game, originally scheduled for last week, to Tuesday. Another scheduled game against St. Vincent was canceled because the Perryville school is not fielding a team this season.

“I think we're going to be well rested going into Tuesday,” Lancers coach Kevin Halley said. “The kids are ready, they're in a good place. We're going to get some swings in Monday to be ready to go."

Back to lead the way for St. Pius is senior AJ Agers.

Through one week, Zoey Robinson's hot start hasn't yet cooled off.

All seven of her hits have been for extra bases.

Robinson has also done well in the pitcher's circle, earning a save in three innings for the Bulldogs (2-3). She has yet to allow an earned run.

“Zoey has been an incredible addition to the team this year,” Zumwalt South coach Sam Womack said. “She is an extremely talented hitter and we have no doubt she will make a huge difference for the softball program not only this year, but for the next three as well. We are so excited to have her. As far as pitching goes, she makes a great late in-game pitcher as she can throw some seriously nasty stuff to get hitters off-balance and out of rhythm.”

Washington lost each of its first four games but has been competitive in nearly every one thanks to a pair of young pitchers.

A trio of one-run losses have come at the hands of Hickman, Troy Buchanan and Sullivan and have given head coach Philip King reason for optimism.

After all, Taylor Brown and Christine Gerling have done their best to keep the Blue Jays in games.

“They are both leading the way as freshman pitchers,” King said. “They are both two of the best pitchers I have coached in my 13 years of coaching varsity softball. Their great pitching has kept us in all the games while our offense got off to a slow start. When they are not pitching, they have contributed with great defense at first and third.”

When not in the circle, Brown plays third base and Gerling plays first.

Incarnate Word Academy's athletics program broke with the rest of St. Louis County by playing a softball game Tuesday, a direct contradiction to what the rest of the high schools in the county are doing.

O’FALLON, Mo. — Kelly Quinones could not have picked a better place to celebrate her 52nd birthday on Friday.

McChristy hopes to lead Warrenton back to state tournament

Warrenton High junior righthander Kathryn McChristy takes extra precaution to make sure every pore on her face is open and free from germs.

TROY, Mo. — Tatum Gerwitz can't remember the last time she had a more eventful trip around the bases.

"Her softball IQ is off the charts," Jefferson coach Robert Kuehnle said of Catryn Cattoor. "I end up listening to her, so I can learn as a coach."

TROY, Mo. — Tatum Gerwitz can't remember the last time she had a more eventful trip around the bases. 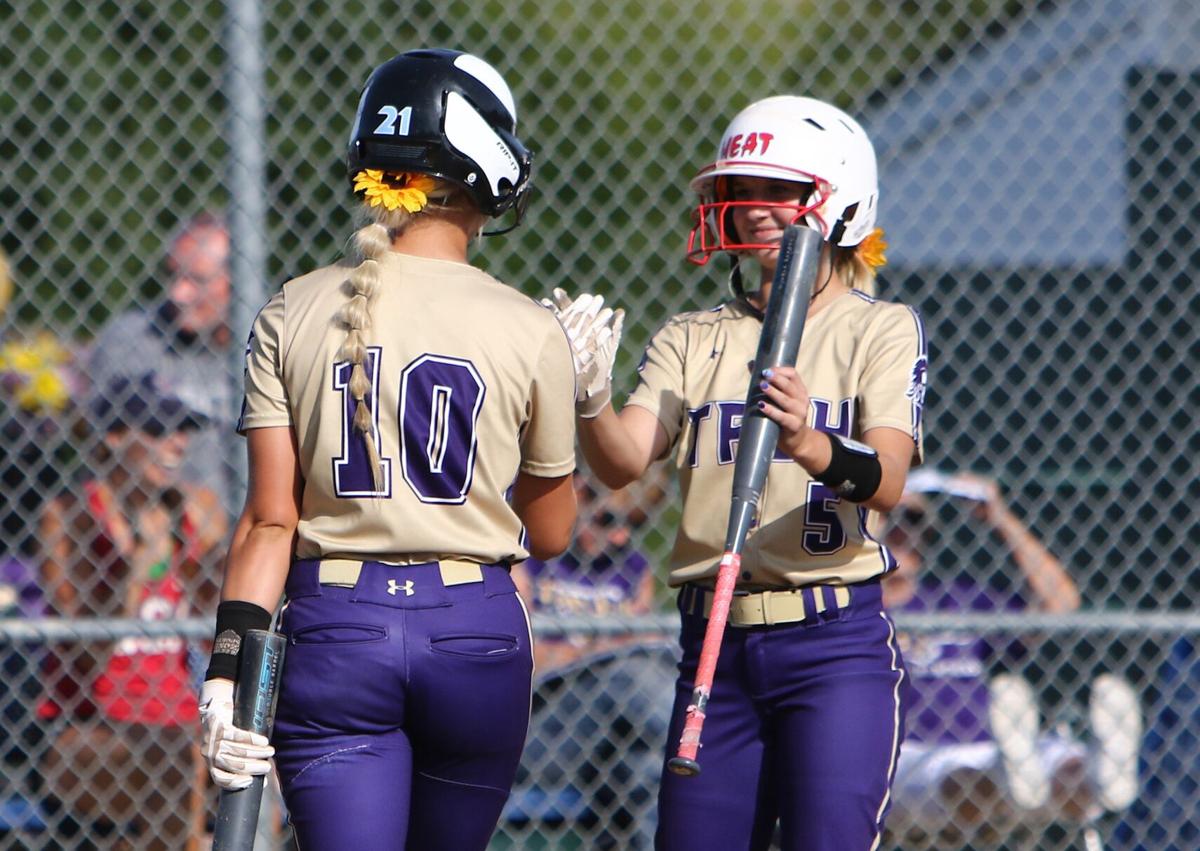 Hailey Joliff (10) is congratulated by Dallis Darnell after scoring for Troy Buchanan in a softball game in Troy, Missouri on Friday, September 4, 2020. Paul Baillargeon, Special to STLhighschoolsports.com 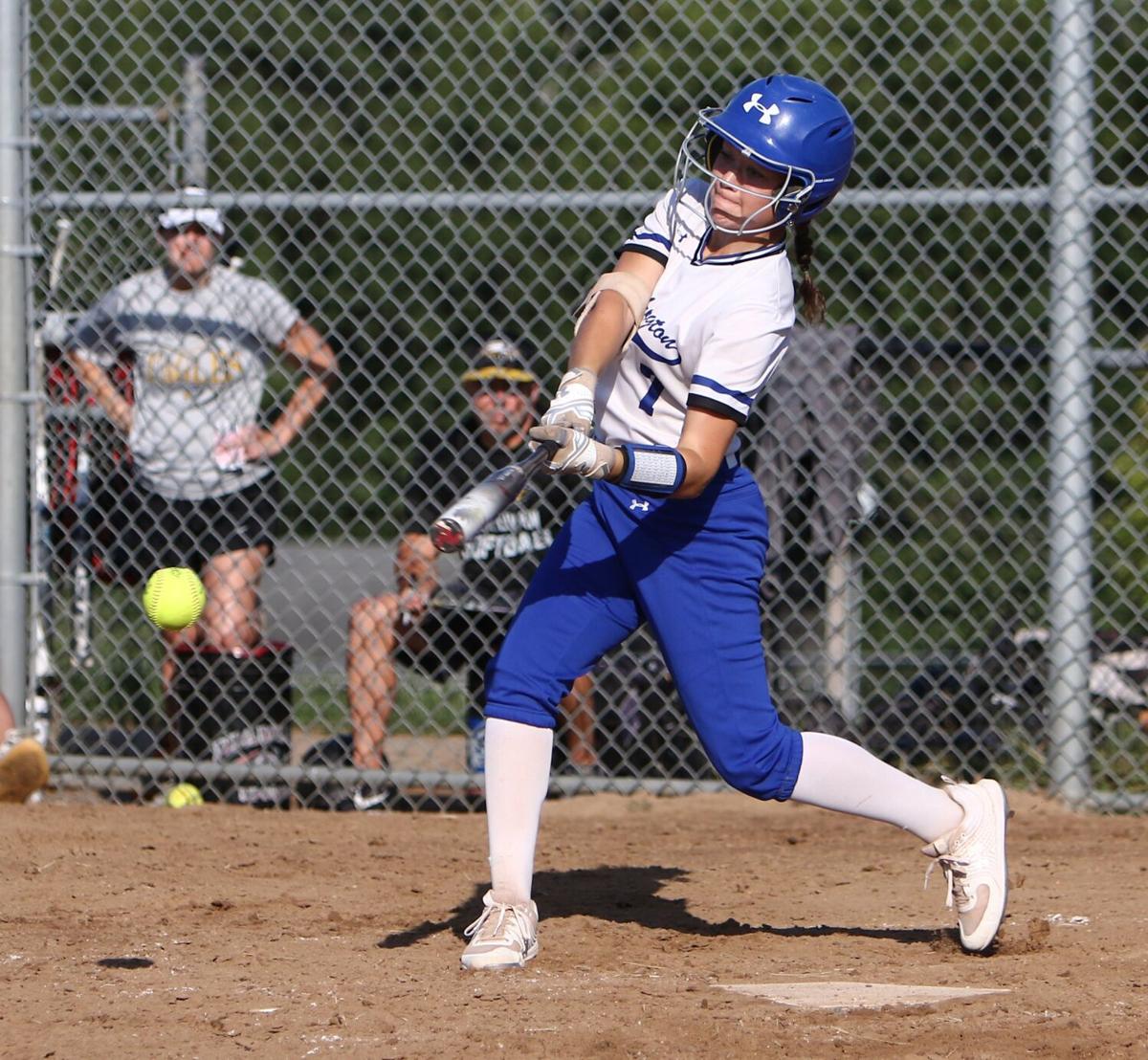 Christine Gerling of Washington makes contact against Sullivan in the softball game in Washington, Missouri on Monday, August 31, 2020. Paul Baillargeon, Special to STLhighschoolsports.com 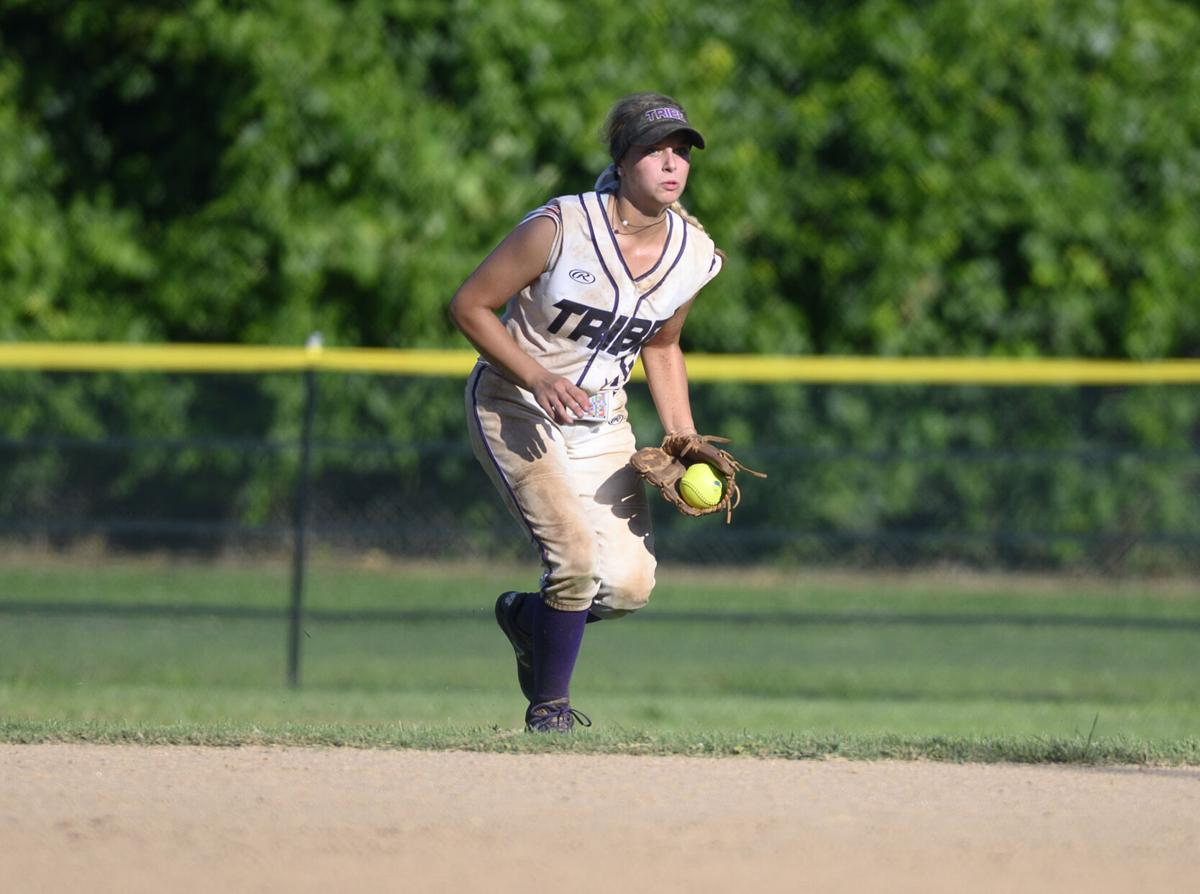 Zoey Robinson fields the ball in center field during a softball game in the Shootout in St. "Lou" II tournament on Friday, July 26, 2020 at McNair Park in St. Charles, Mo. Paul Halfacre, STLhighschoolsports.com 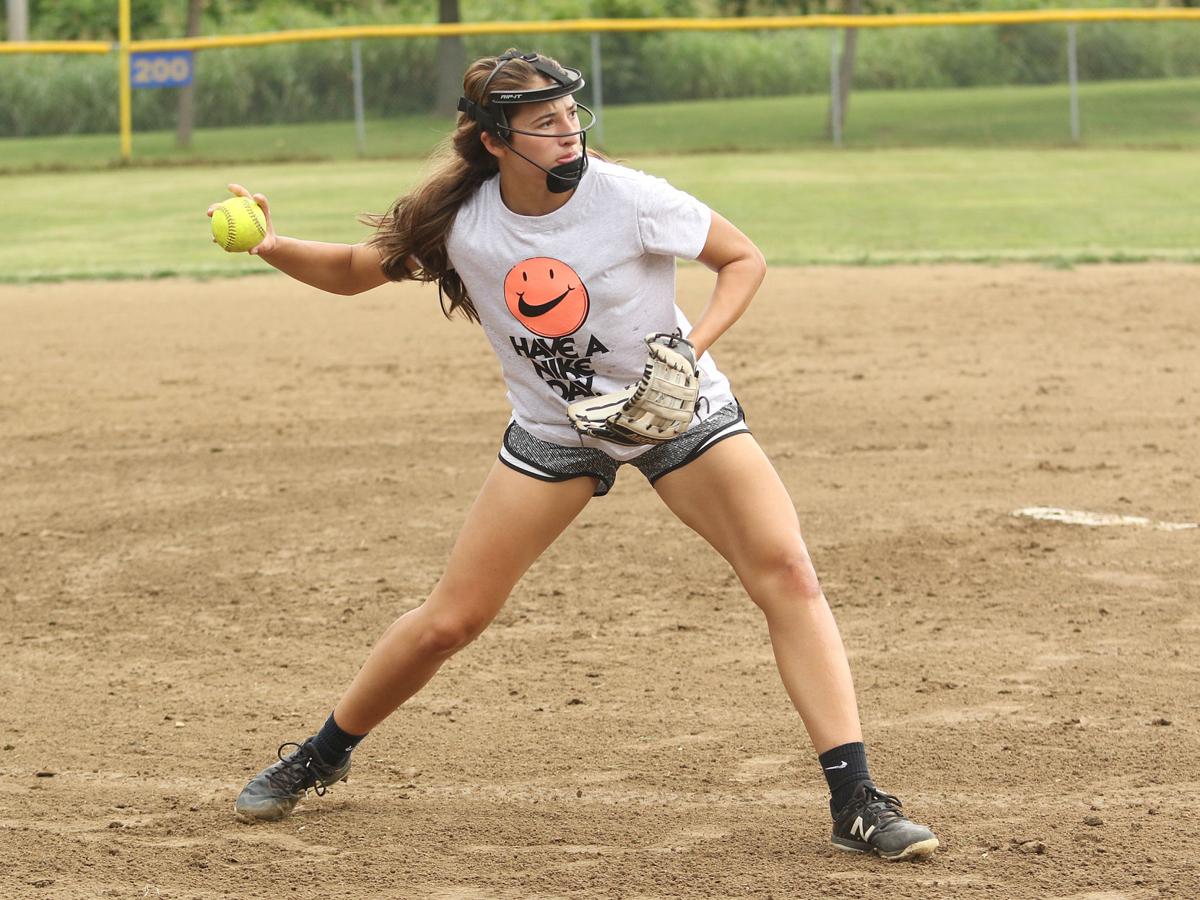