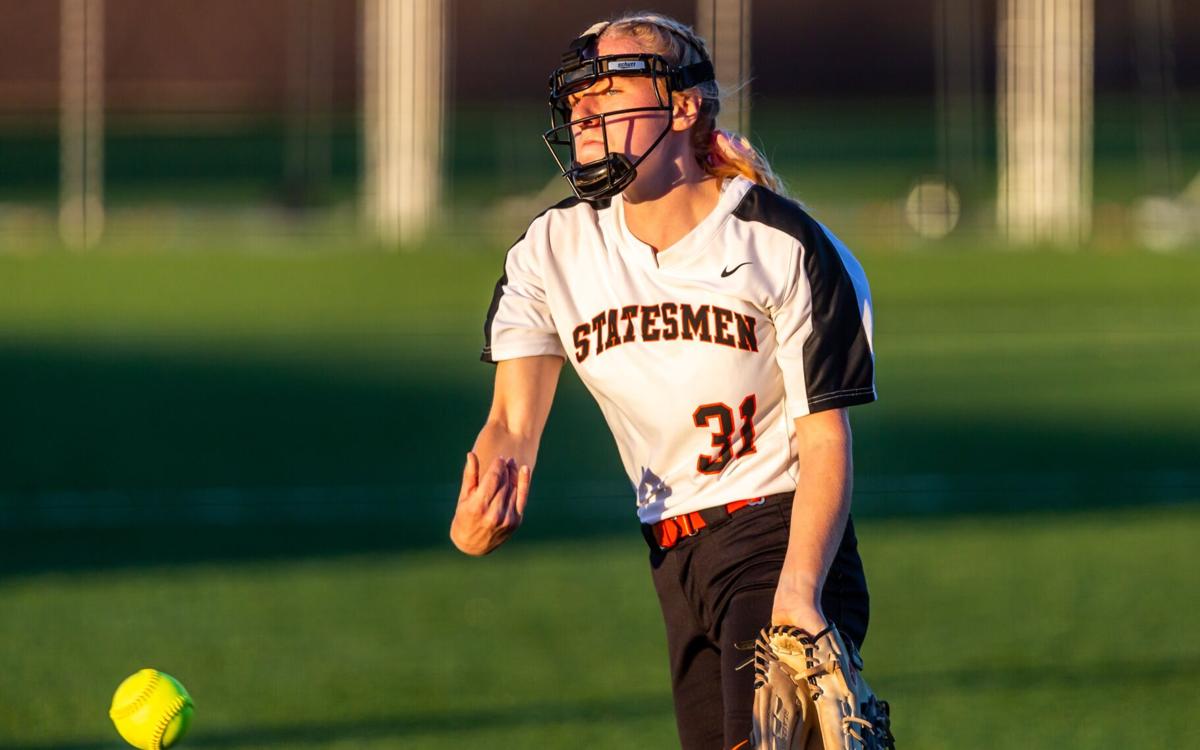 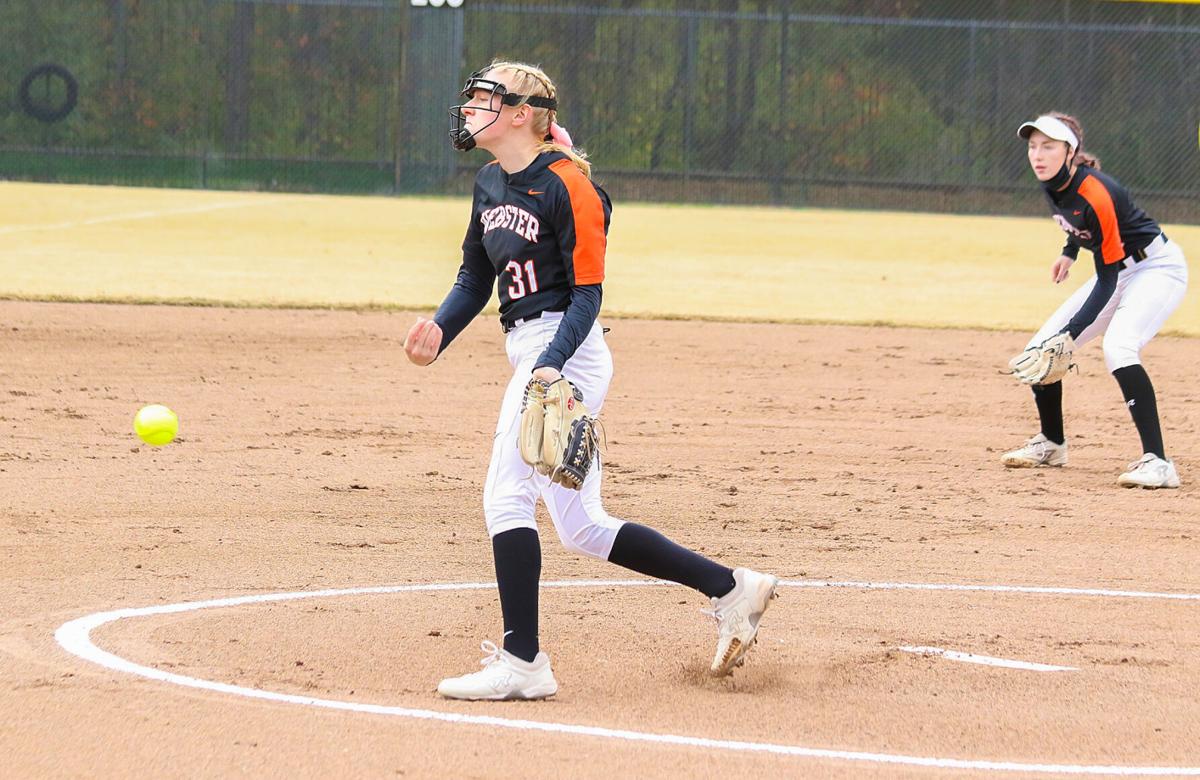 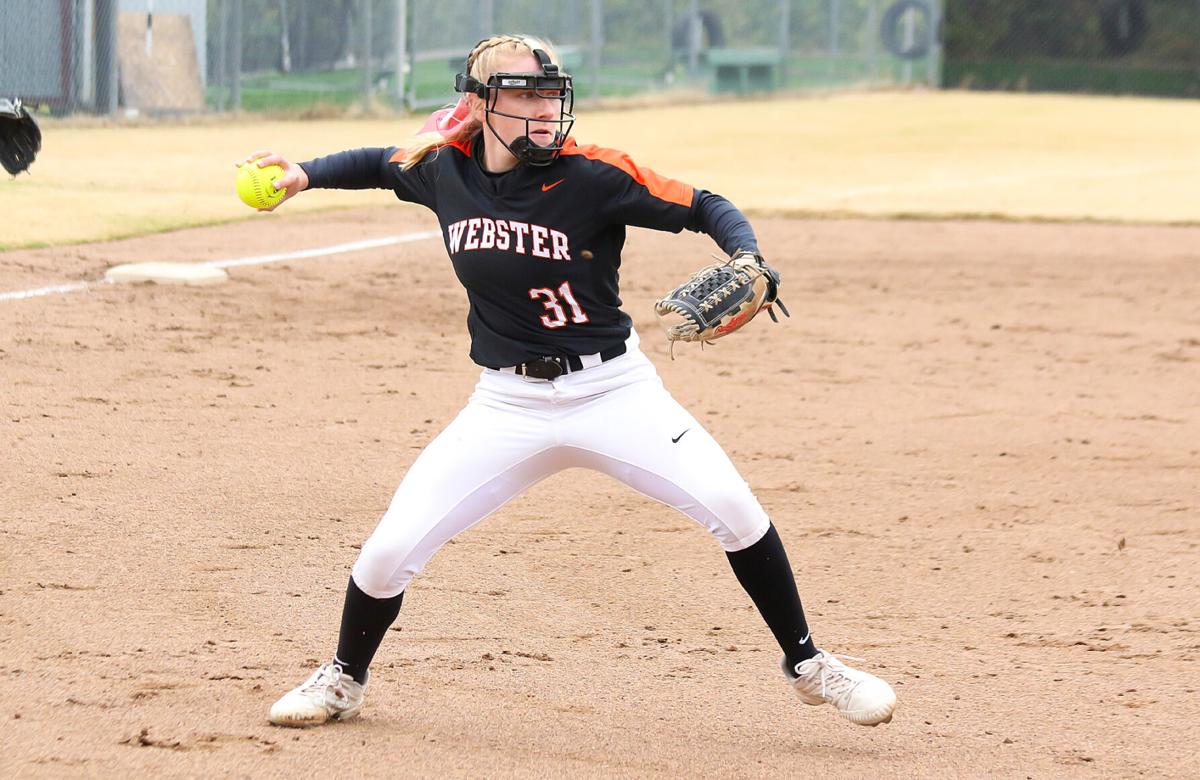 Matt Buske used to love to show off his bumps and bruises.

Every so often, while experimenting with a new pitch or delivery, Maddie would uncork a low one in the dirt. Ultimately, the ball would bang off the shin of Matt, who wore only a catcher's mask during the hour-long sessions.

"A couple times, you could see the stitches from the ball on my leg," Matt said proudly.

Although painful, those lessons helped Maddie become proficient in the circle.

And that brought a major sense of pride to Matt, who got more and more enjoyment out of his catching duties, which got tougher as her pitch speed increased.

"Watching her get better and better, I wouldn't trade those moments for anything," Matt said. "Loved every second."

The days of dad serving as catcher have all but come to an end. The father-daughter bonding moments essentially are gone as Maddie leads the Statesmen into the Class 4 state championship game for the first time in program history.

Yet the memories remain, no matter how painful they might be for Matt.

Maddie also cherishes the time spent with her dad behind the plate. She looks back and smiles at her father's ability to take a pitch in the leg for the betterment of his only child.

"Sometimes when he'd get hit, I had trouble trying not to laugh," Maddie said.

Those lessons, under the direction of instructor Ashley Eftink of All-Star Performance, helped Buske earn a softball scholarship to Aurora University outside of Chicago.

They also helped Buske develop into one of the top high school pitchers in the area.

Buske, a four-year starter, carries an 11-1 mark with a 1.39 ERA into the title game against Webb City (27-5) at noon Friday at the Killian Softball Complex in Springfield. She has struck out 103 batters in 75-plus innings and enters the final on a big-time roll.

The 5-foot-4 righthander is 5-0 in the postseason and has allowed just six earned runs in 36 innings for a 1.16 ERA. She struck out 12 batters in a 5-1 win over Farmington in the quarterfinal round.

On Saturday, she gave up three runs over nine innings in a 4-3 triumph over Summit, which came into the contest averaging a whopping 10.1 runs per seven-inning contest.

Buske does not possess intimidating size. She is relative small for a pitcher. Her riseball tops out at 55-56 miles per hour — six or seven ticks slower than most top-notch hurlers.

But she gets by on pinpoint location and impressive softball smarts.

"She always knows what to do to get out of any tough situation," Webster Groves infielder Myah King said. "I've never seen her get nervous out there."

Despite the small stature, Buske racks up strikeouts at a surprisingly high rate. She has 279 whiffs in 162 innings while compiling a 40-17 mark in four seasons as one of the main starters for the Statesmen. She fanned a career-high and school-record 17 batters in a 9-6 nine-inning win over Oakville on Oct. 3.

"She stays calm, even when someone gets a hit off her," Webster Groves senior catcher Hannah Jansen said. "She keeps her composure no matter what happens."

Buske gave up a home run to Summit sophomore Abby Ulsas on the second pitch of the state semifinal Saturday. She calmly shook it off and allowed just two runs over the next nine frames.

"I just try not to let things get in my head," Buske said. "Forget it and move on. That's what you have to do."

Gibson said Buske has played a key role in the resurgence of the program. The Statesmen (15-2) reached the quarterfinal round last season and have compiled a 36-11 mark over the last two seasons after posting a 56-58 record over the previous five years.

"Somewhere along the line she just grew up," Gibson said. "Things don't faze her anymore. She's put her nose to the grindstone and put in a ton of work. She got herself focused."

Buske began playing softball in the first grade in T-Ball. As soon as she grew to where live pitching was needed, she immediately gravitated to the circle.

"I just always liked it," she said.

Buske progressively got better. She turned heads on the club level before breaking into the Webster Groves starting lineup as a freshman, when she compiled a 6-4 record with a 3.39 ERA.

The Statesmen are 66-41 over Buske’s career and finally broke into the spotlight the last two seasons.

"There are a lot of reasons this team has gotten this far," Gibson said. "Last year, they realized just how good they could be. This season they came out and played well right from the start and really haven't slowed down much.

Gibson said he believes if Buske were a bit bigger and stronger, "We'd be watching her pitch on ESPN," for an NCAA Division I school.

"A lot of people say that," Buske noted. "But, I'd rather be at a smaller school. It's better for me."

Before heading off to Chicago, Buske, who also is hitting .315 with three homers and 20 RBI, would like to bring a state title home to Webster Groves. The Statesmen have won 10 of their last 11 games and will carry plenty of momentum with them along I-44 on the way to Springfield.

"We're beginning to realize that we've made it this far,” Buske said. "We can certainly do one more step." 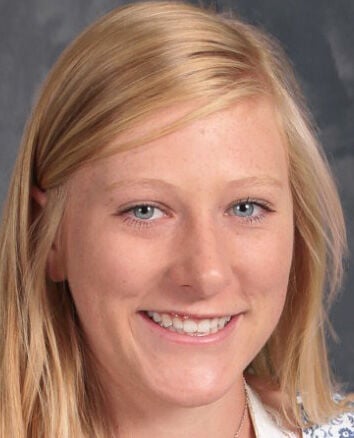