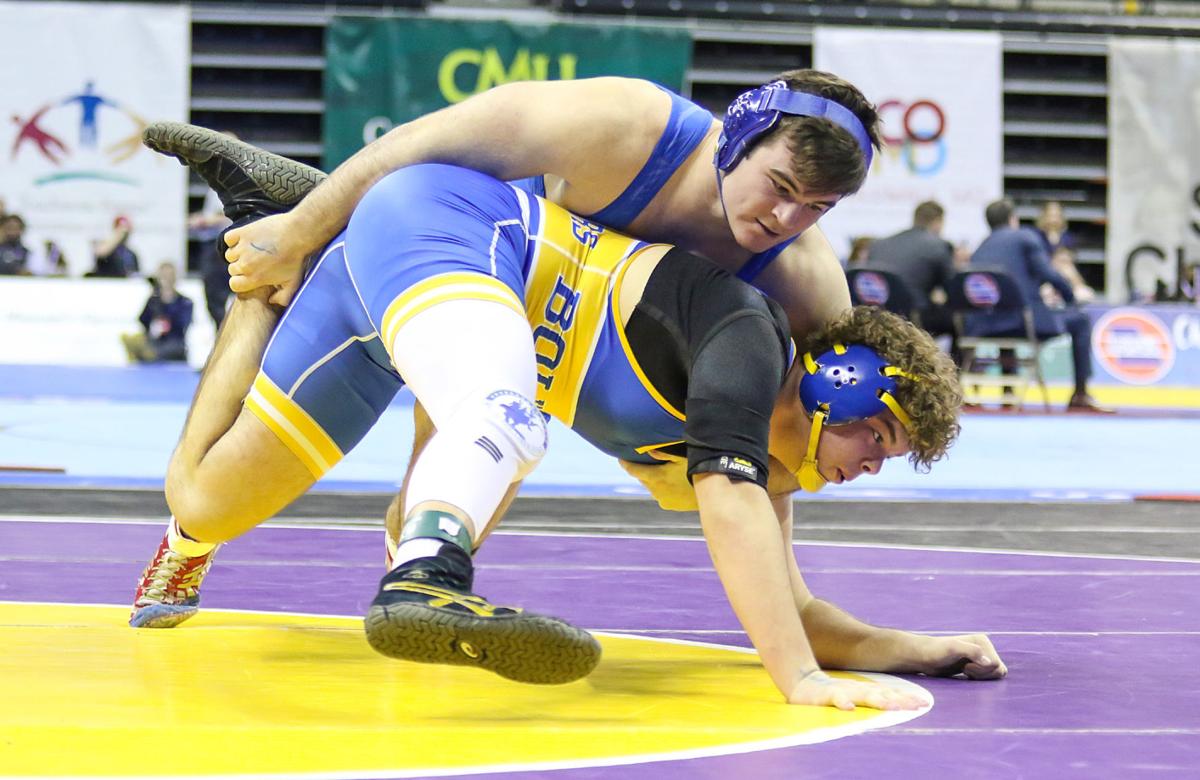 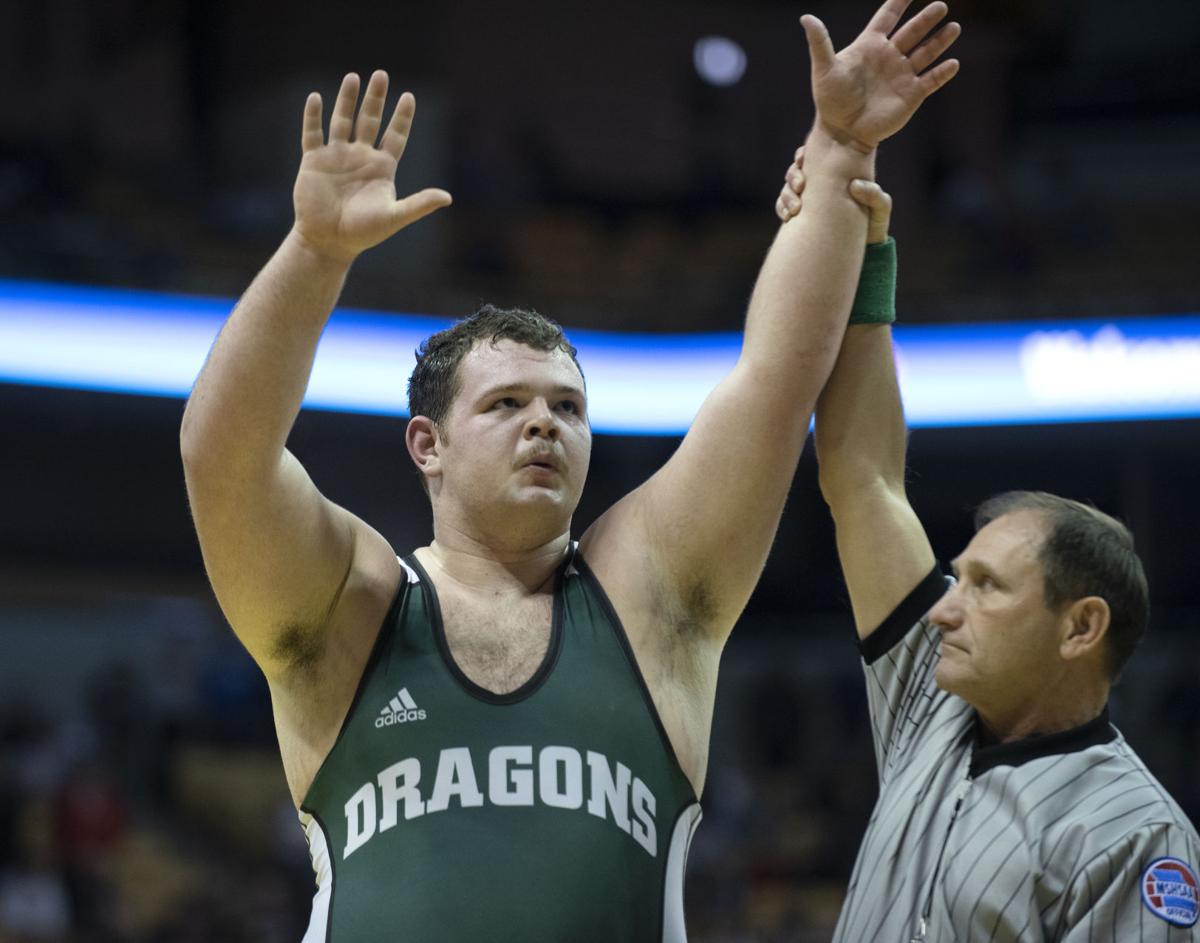 COLUMBIA, Mo. — It seemed impossible for Priory senior Dalton Bingman to outdo his performance from last season when he became the first wrestling state champion in school history with a 27-3 record.

On Saturday, he did.

“It was pretty exciting last year, but when you have one more year, it’s just not enough,” Bingman said. “I started the season with three goals: win state, go undefeated and not get taken down all season.”

All three goals looked to be coming to fruition and Bingman opened up a 5-1 lead, but an escape and a takedown by Huchteman closed the gap to 5-4 with 1 minute, 45 seconds remaining in the match.

Bingman wrestled his final match as he will play middle linebacker for the Washington University football team in the fall. He hopes he left a permanent mark on the Priory wrestling program.

“It’s really fun to go out and win state, but what means the most to me is being able to do that while representing my school,” Bingman said. “When you have a personal achievement, it’s felt by everybody.”

Landon Porter (45-0) of De Soto also completed an undefeated season, this one in Class 3, with a hard-fought 7-4 victory over Neosho's Zane Persinger at 285 pounds.

Porter, who finished as state runner-up as a sophomore and fourth as a junior, sprinted around the perimeter of Mizzou Arena after his victory.

“This was big for me. I thought I was the best kid in the state for two years and it just didn’t end up like that,” Porter said. “I’ve had so much fun this weekend soaking everything in, and I’m glad I ended my high school career like this.”

Porter scored a takedown in the first 25 seconds of the match and never relinquished the lead.

“My game plan was that if I scored first I’m winning the match,” Porter said. “As soon as I got that takedown, I was real confident we were going to get a state title today.”

Freshman Gavin Alexander of Hillsboro opened the Class 3 title matches by rallying late in his 106-pound title match to defeat Raymond Hembree of Neosho. Alexander, who became just the second state champion in school history and first since 2008, broke a 4-4 tie in the final minute with a reversal and a near fall to win 9-4.

“It was the adrenaline rush. I knew I had to move and get out and eventually I kept moving and got him on his back,” Alexander said. “I worked all summer and I was in the practice room every day. It means a lot and it means a lot to my family.”

Ladue junior Jacob Mann (42-2) stood atop the podium for the second consecutive year after a surgical 8-0 victory over Zack Fennell of Rolla. Mann, who at 6 years old often attended high school wrestling practices with his older brother, scored a takedown in the first 30 seconds of his match and never looked back.

“My mindset was to focus on my attacks and not to let anything get to me, and I thought I executed that game plan pretty well,” said Mann, who embraced his coaches after the match.

He added the sentiment of many who participated on Saturday. “I couldn’t do any of this without the support of my friends, my family and my coaches.” 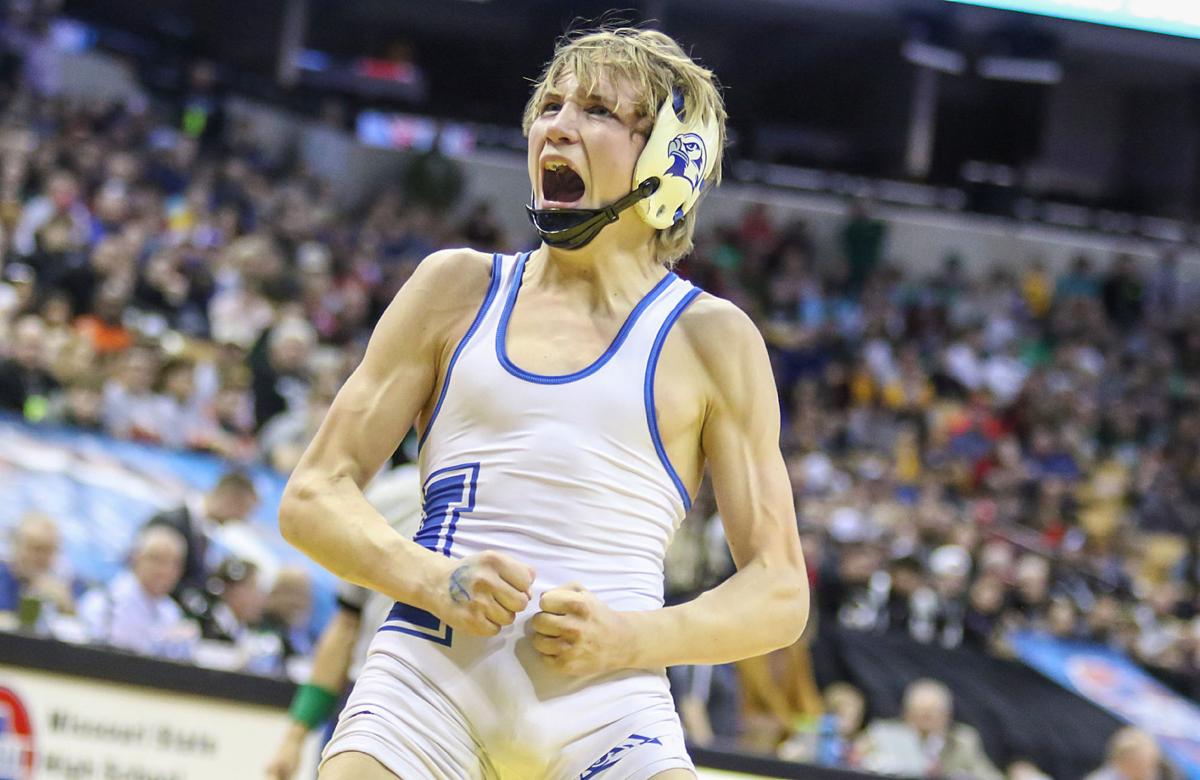