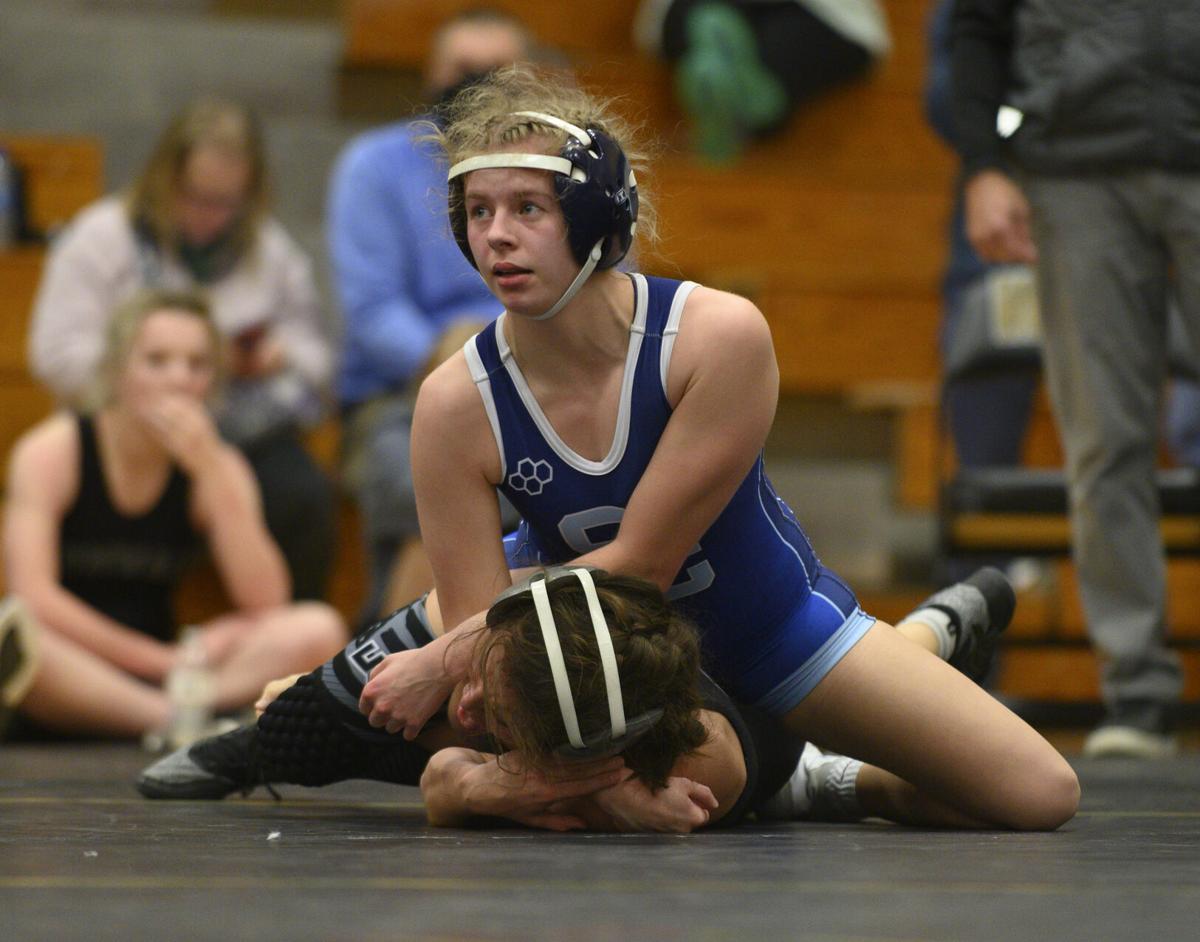 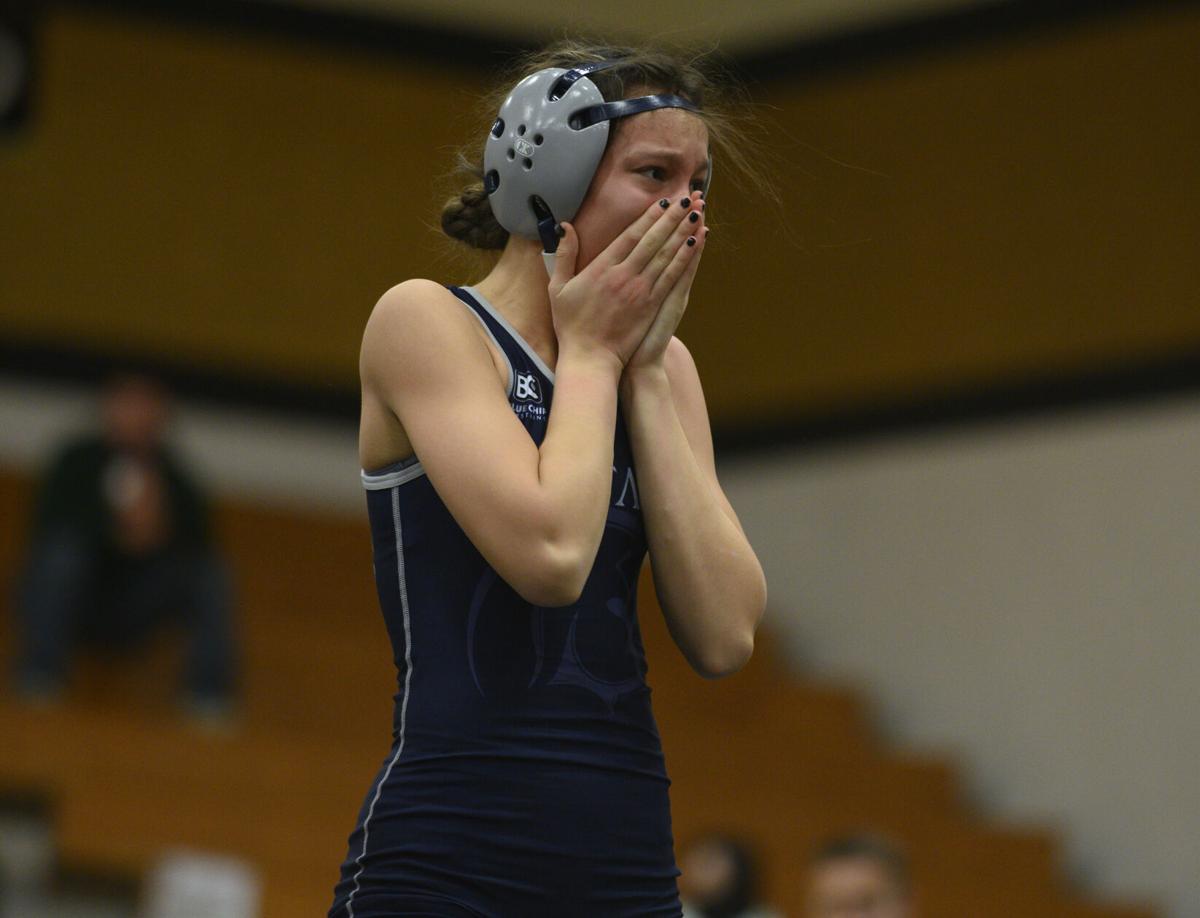 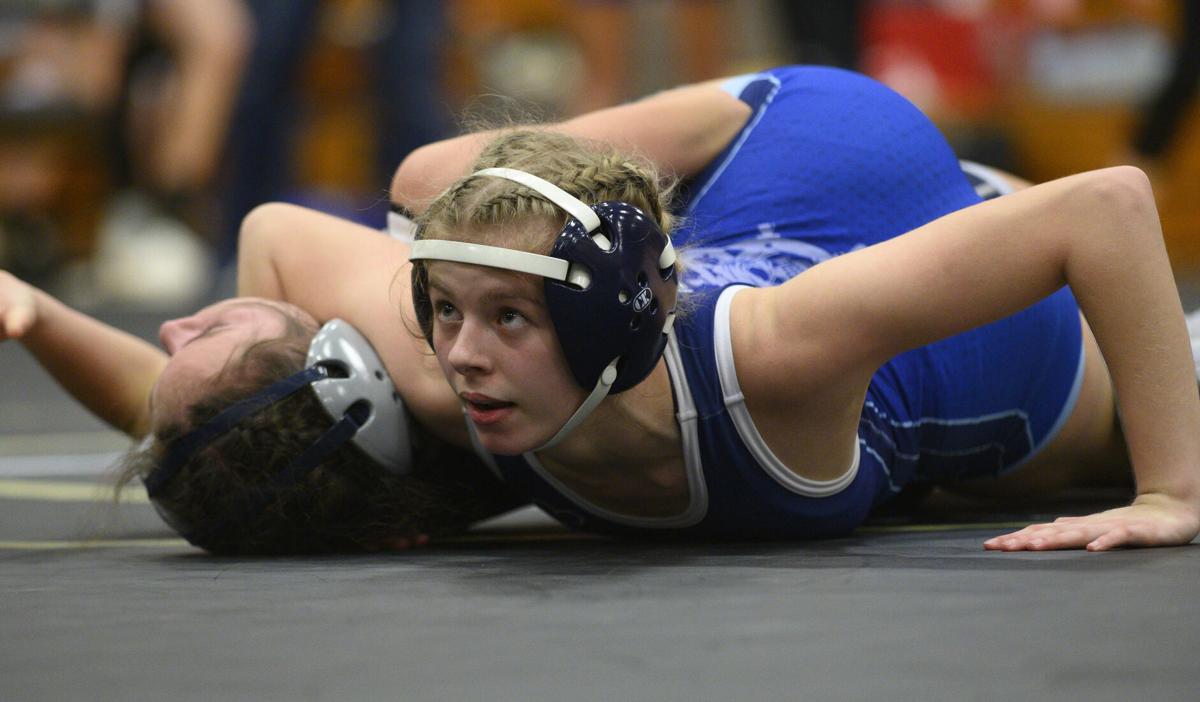 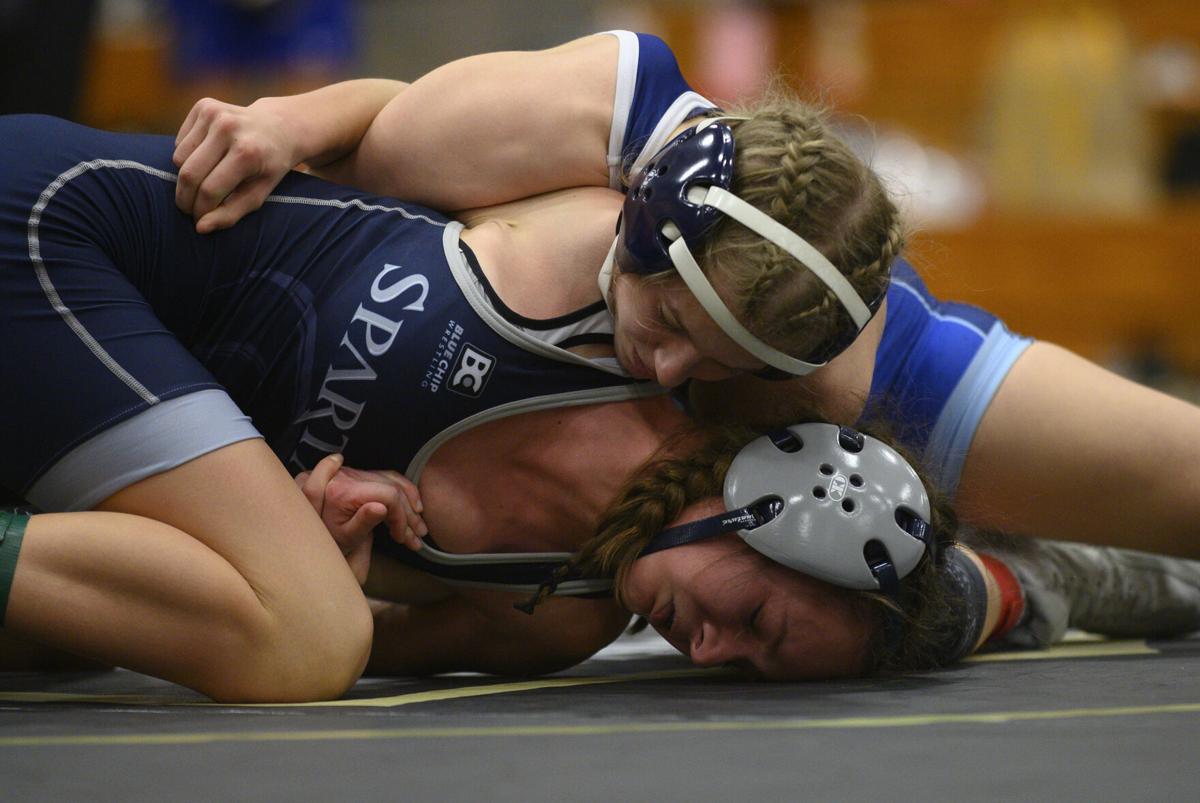 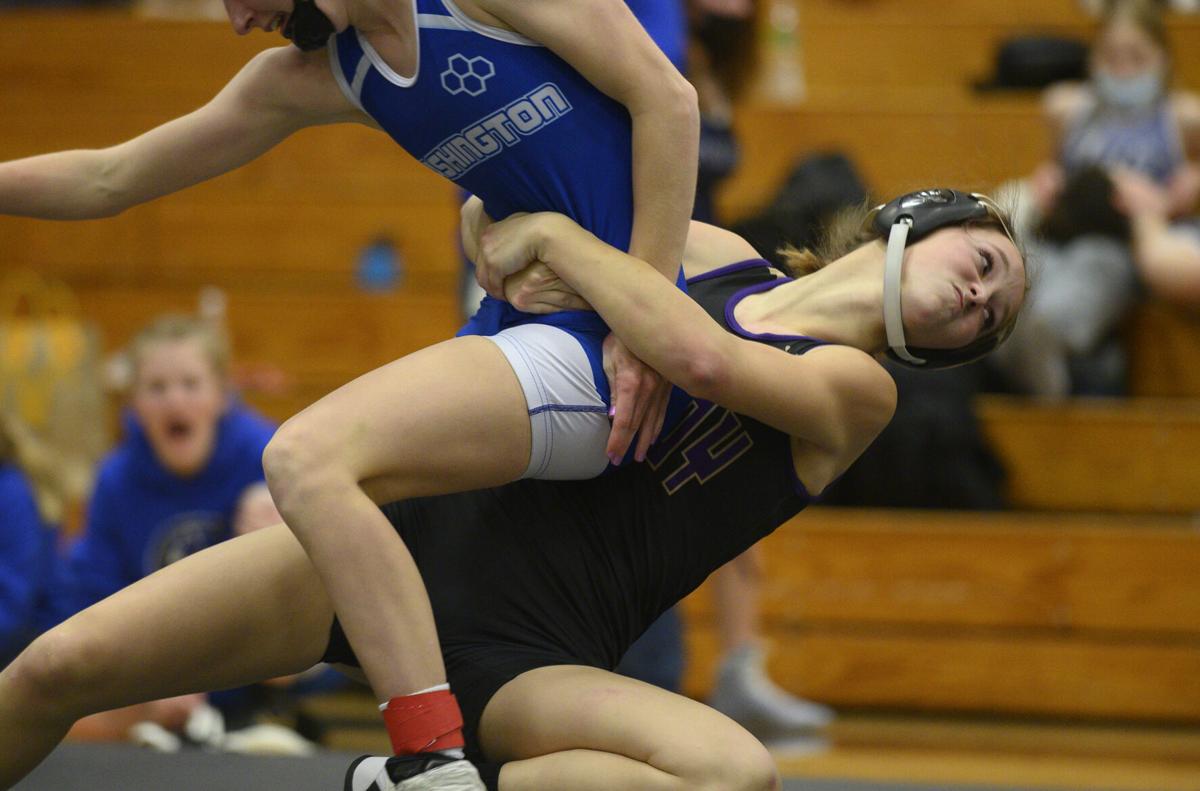 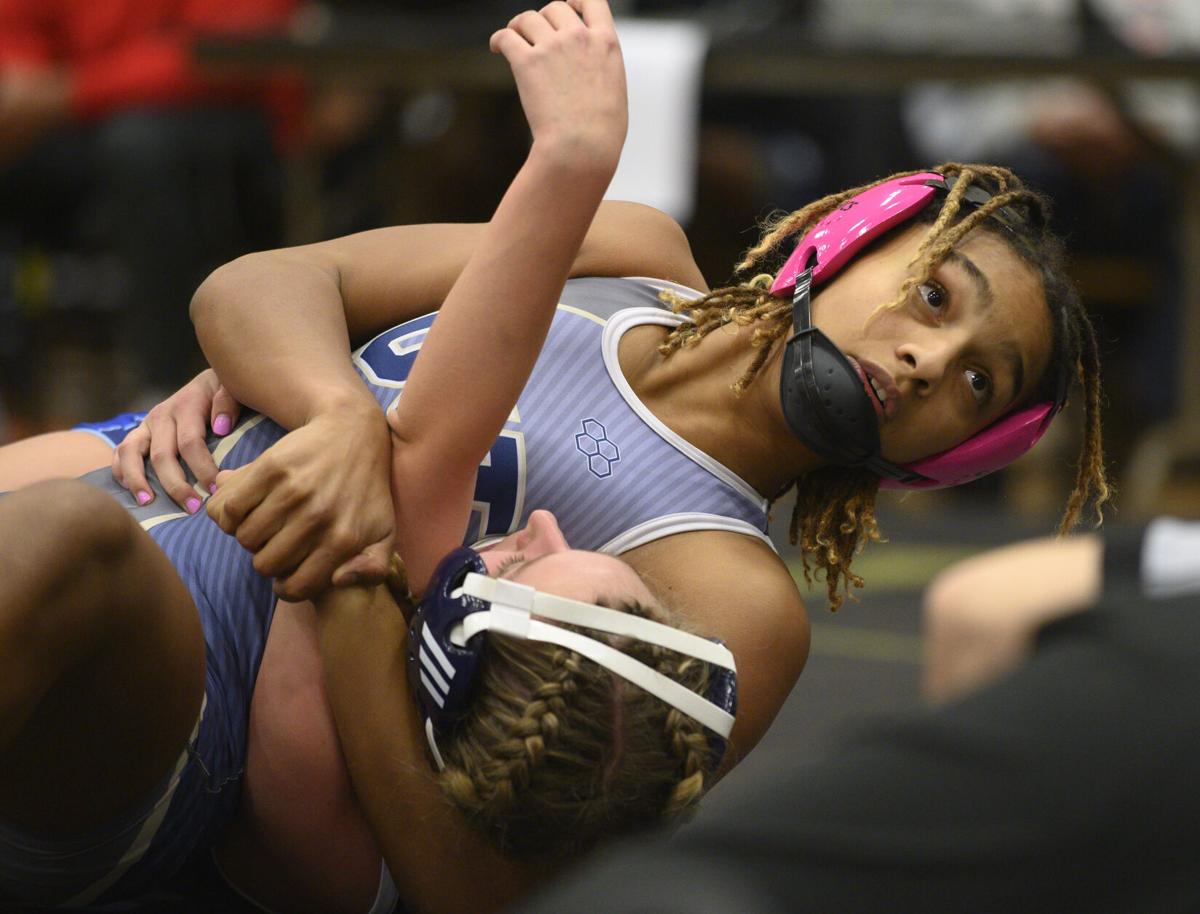 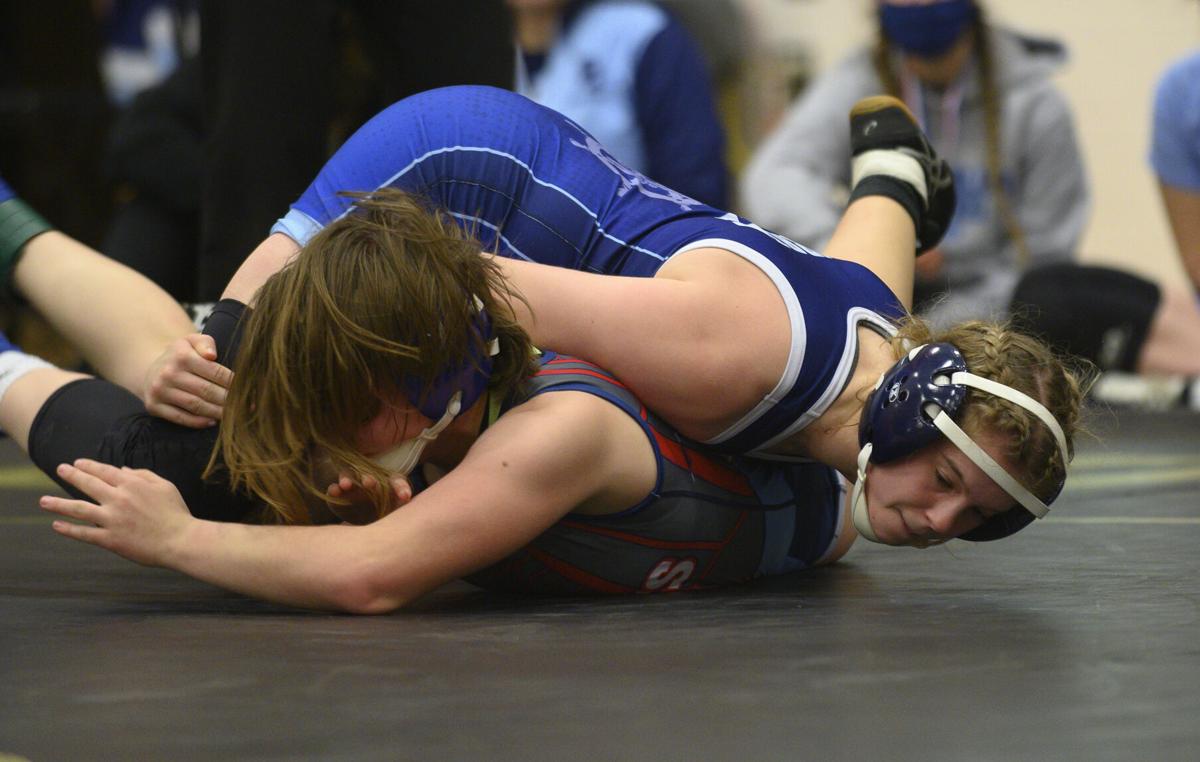 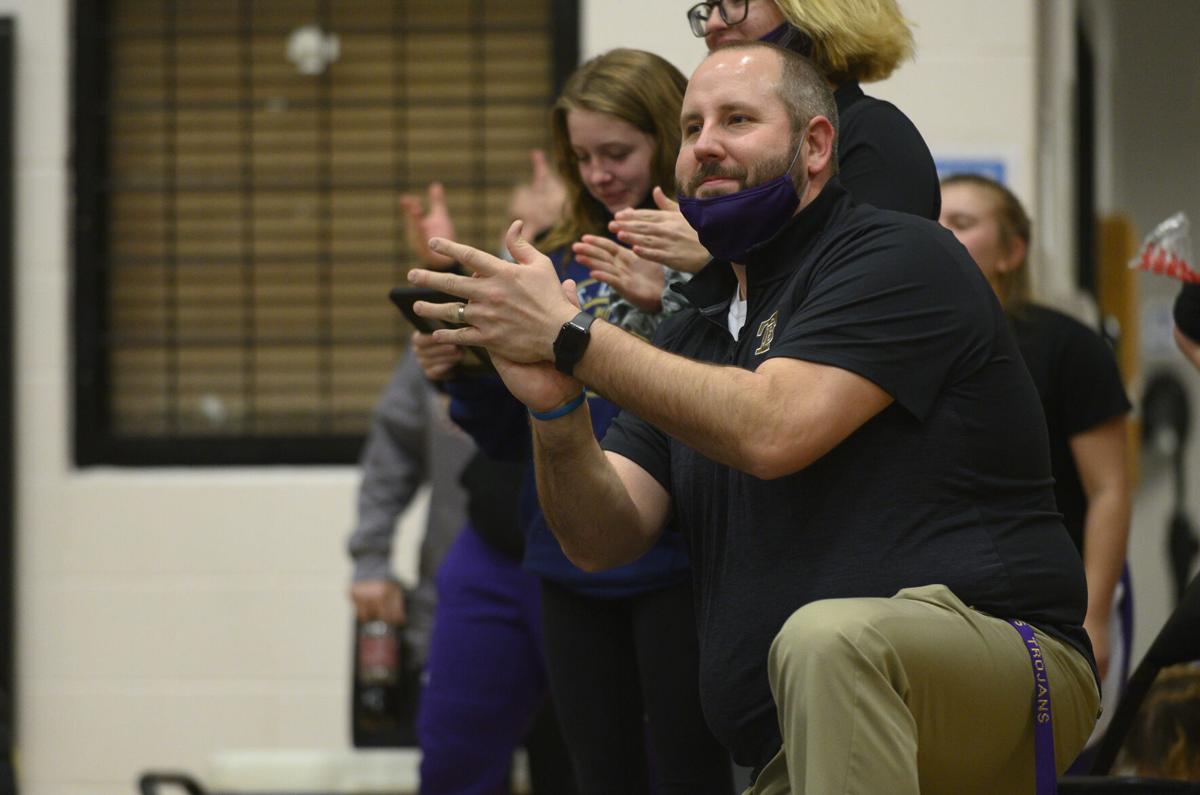 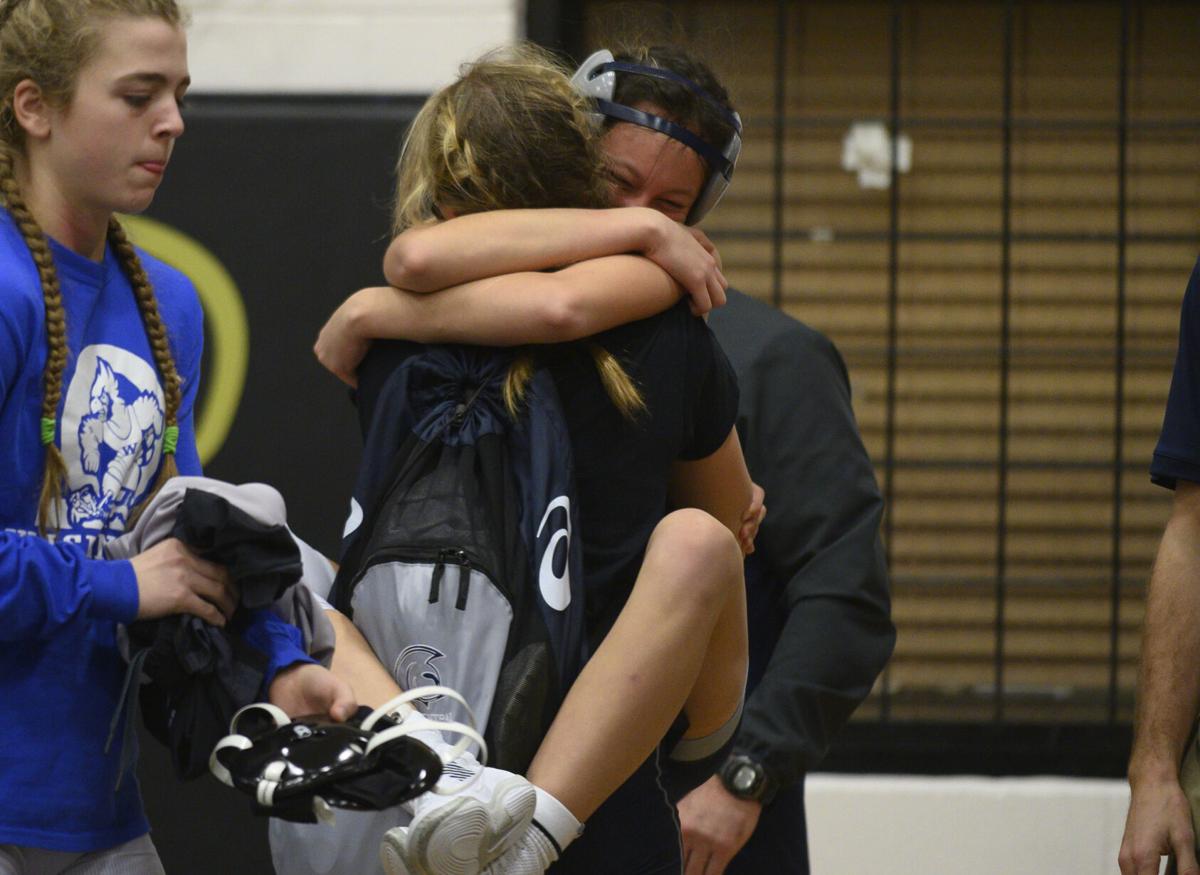 ST. CHARLES — There was no arm-twisting. No threats.

"I told her if she'd come out for wrestling, I guarantee you'll enjoy it," Sabrina recalled.

Sabrina also came through with a title at 132 pounds.

Alyssa was a cheerleader and dancer during her junior high years, going against family tradition.

Their father, Ryan, runs a successful wrestling academy in Illinois. Colton King, a senior at De Smet, is the defending Class 4 state title holder at 106 pounds.

At first, Alyssa wanted to continue her cheerleading and dancing career.

But Sabrina gave her a promise — so she decided to take the chance.

As a freshman last season, Alyssa advanced all the way to the state tournament. She lost both matches in Columbia but came away with a whole new outlook on the sport.

"I just wasn't interested before," Alyssa said. "But watching all the fun my brother and sister were having, I said, 'Let's give it a try.' "

"She just came around and realized this would be a good experience for her," Dill said. "Last year she was a state qualifier and that got her to work even harder over the summer.

Alyssa improved to 16-0 with 14 pins. The match Friday was her closest of the season.

Sabrina continued the King sister dominance just more than 40 minutes later by pinning Elektra Lowe of Liberty in 1 minute and 32 seconds. Sabrina is 16-0 with 15 pins. Her other win came via injury forfeit.

"This is a good bonding thing for me and my sister too," Sabrina said. "It's great that we're both doing pretty well."

Sabrina won a state championship as a freshman at Belleville West. She finished third and fourth in her other two state appearances.

The two girls are ranked first in their division in the latest statewide poll. Colton is also No. 1 in his weight class. The family is in position to grab three state crowns in March.

"They take everything seriously and they work hard," Ryan said. "That's what makes me so proud of them."

Junior Elizabeth Brooksher claimed the championship at 159 pounds to give the Pirates a three pack of titles.

Junior Esther Han improved to 17-0 with a second-period pin over Fort Zumwalt West junior Jessie Deane, who entered the 143-pound contest with an 11-0 mark.

Deane battled evenly with the powerful Han, who is a two-time defending state champion. The match was tied 2-2 after one period.

"(St. Charles) is just so deep," Holt coach Andrew Hammond said. "It's hard to keep up with their depth."

Howell Central sophomore Sophia Miller pulled off the upset of the tournament by pinning Holt junior Reece Compton in 1:15 at 107.

Boys wrestling spotlight: Steady build has Haynes set up for memorable finish to career at Liberty

Wyatt Haynes is building quite a resume, both in the classroom and on the wrestling mat.

A pair of second-place state wrestling medals dangle from the window sill in his room — a constant reminder of unfinished business.

WELDON SPRING — The Holt High wrestlers did what they needed to do Saturday.

OFALLON, Mo. — Prior to the final period of his 285-pound match, senior Evan O’Connell recited the Lafayette wrestling team slogan.