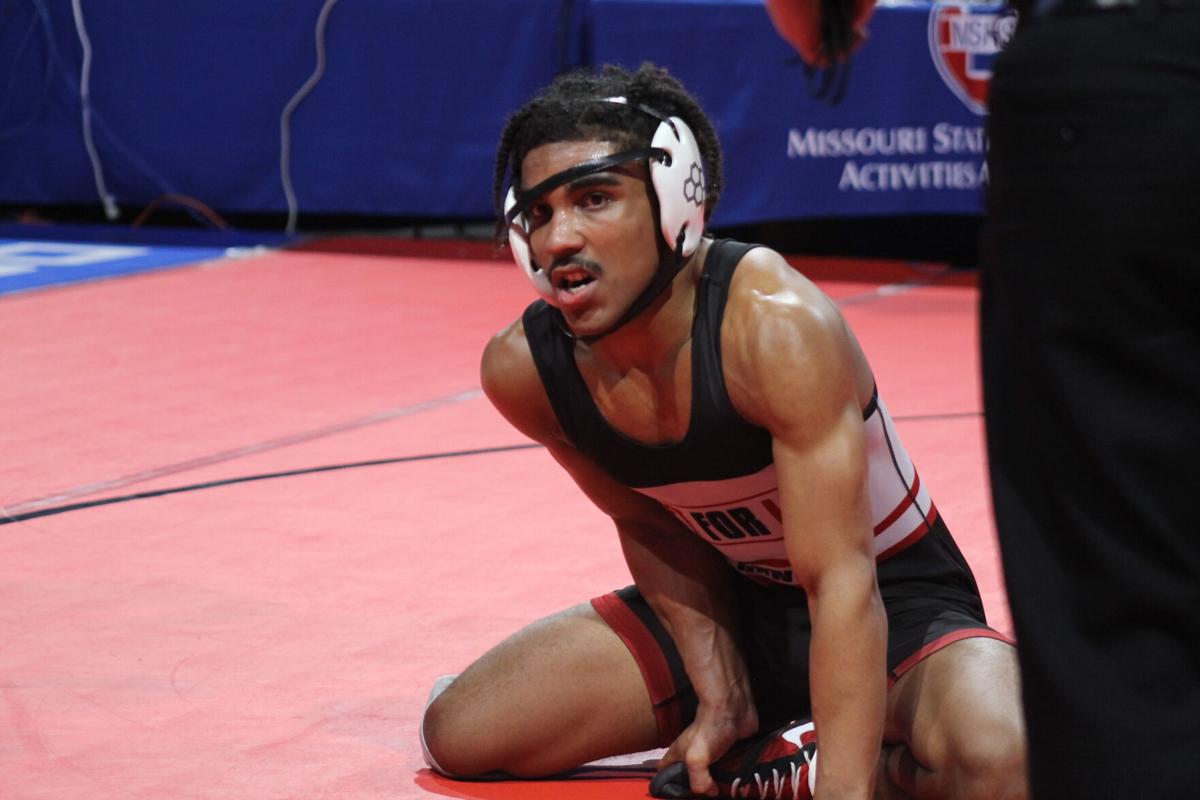 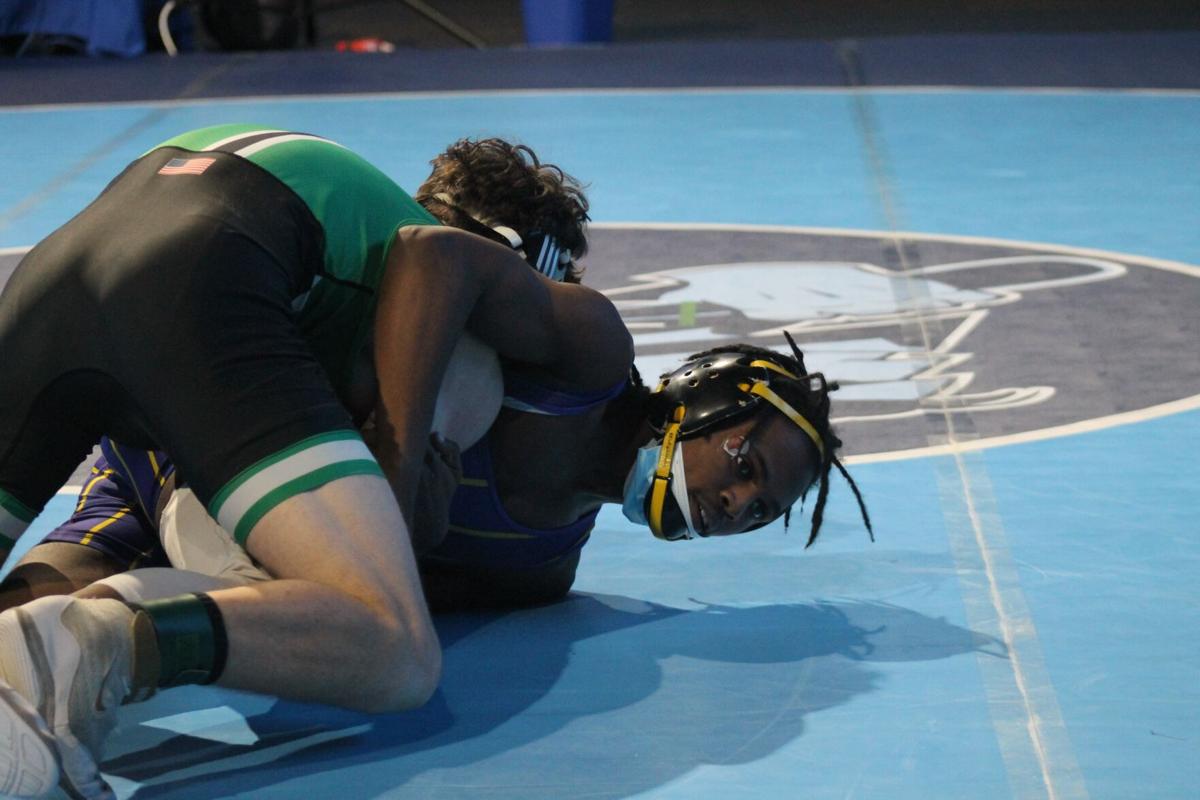 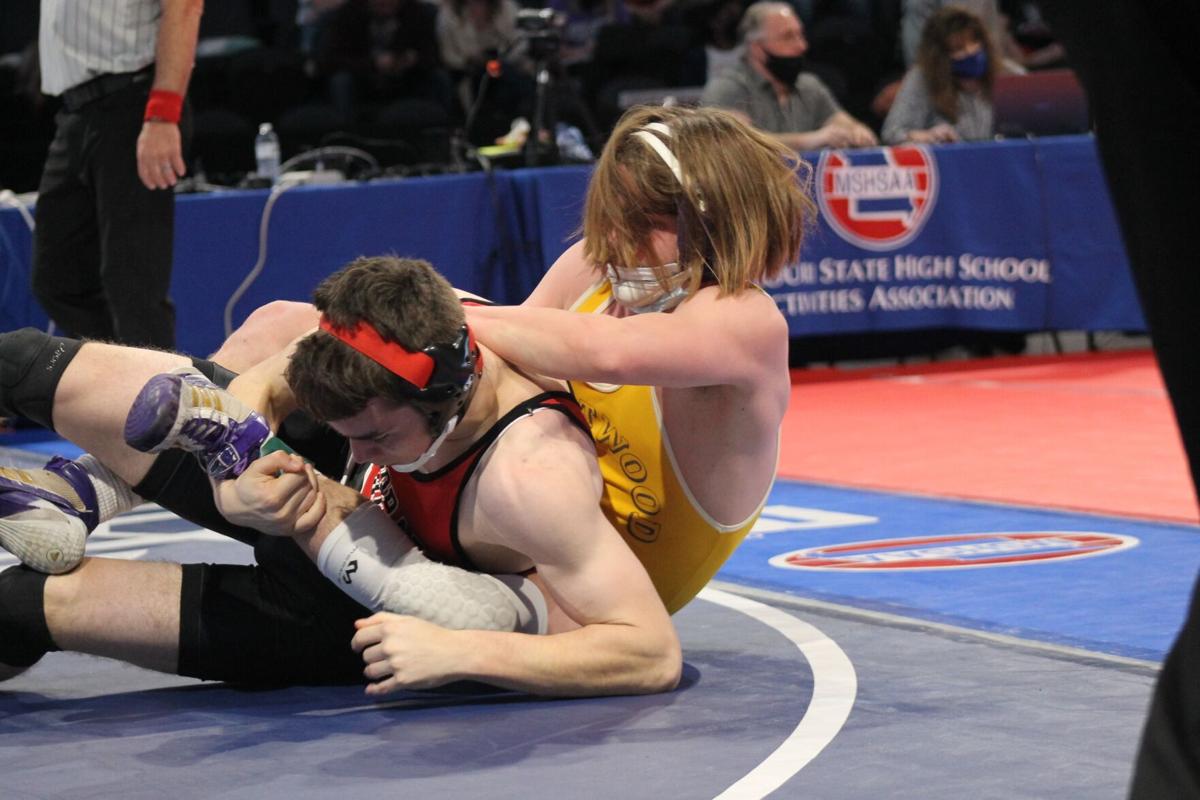 By Cody Thorn | Special to STLhighschoolsports.com

Though small in numbers, the area’s contingent in the Missouri Class 1 boys wrestling state championships ended up with a good deal of success based on results.

Brentwood and Lift For Life Charter Academy had a combined five wrestlers at the meet Wednesday at Cable Dahmer Arena in Independence and brought home three medals.

The headliner of the group was Shyne Tucker, who took fourth place for Lift for Life at 152 pounds after reaching the semifinals. He dropped his final two matches but brought home his first medal after going 1-2 last year at state.

“It is good to take something home my last year, so it’s cool,” Tucker said. “But it was weird, the one-day thing. It was high competition back to back and it was hard to find that energy sometimes. You have to put 100 percent every time and then you are right back giving 100 percent. But pushing through was a tough experience, but it was good.”

The senior, who closed his career with a 16-3 mark, beat a returning state medalist after a first-round bye — a reward for being a sectional champion in the revamped Missouri State High School Activities Association state bracket that had 12 qualifiers. A 16-man bracket was still used, which meant Tucker opened up Drystin Dotson of Lathrop, who was fifth at 120. Tucker got the early lead to win 6-1.

Tucker got a little break before the semifinals but ran into Gallatin’s Rodell Sperry, who was 30-0. Tucker trailed 2-1 after the first period but the deficit grew to 4-1 before Sperry got the pin in the second period. Sperry finished second with a loss in the final to end his undefeated season.

A quick turnaround followed and Tucker lost 6-1 to Mid-Buchanan’s Colton Kirkham in the third-place match.

“We are used to coming out on Wednesday and finishing up on Saturday,” Hawks coach Lee Furnace Jr. said. “You have to deal with the emotions in one day of winning or losing and deal with the fatigue. The competition is tough. They are only taking the top three so everyone who medaled and even those who didn’t, they should be proud of themselves.”

Brentwood had only two at the state meet despite taking 10 into the sectional meet last week. Seniors Xavier Lane and Cody Hughes took different routes to the medals but both placed sixth for the Eagles.

Hughes reached the quarterfinals at 160 pounds after winning his first match but lost to eventual state champion Cole Ritter of Adrian by a pin. Hughes (27-5) won his next two to secure a medal — including a 7-4 win against Gallatin’s Logan Bottcher.

What made it unique is what followed as MSHSAA took pause on the state tournament and MSHSAA officials asked for the crowd to wear masks and social distance — by not sitting in the areas that were taped off. After about a 15-minute delay, wrestling resumed. The public address announcer made three warnings before MSHSAA paused competition in the wrestlebacks and semifinals after 160 pounds.

Hughes’ day ended with a loss by pin to North Callaway’s Eli Henry.

Lane, at 138, lost his first match and then had to win to stay alive. He won two in a row — both by decision — but lost his final match to Mid-Buchanan’s Butch Walters.

“It took me four long years to get this,” said Lane, who donned a black St. Louis Cardinals hat as soon as the match was over, of the medal. “I lost in the first match … it was not my best match, but I made a real good comeback to get on the medal stand. It was not the medal I wanted, but I get to be on the medal stand my senior year so it feels really amazing.”

The final sport displaced by COVID-19 is scheduled to continue through June 12 without a postseason.