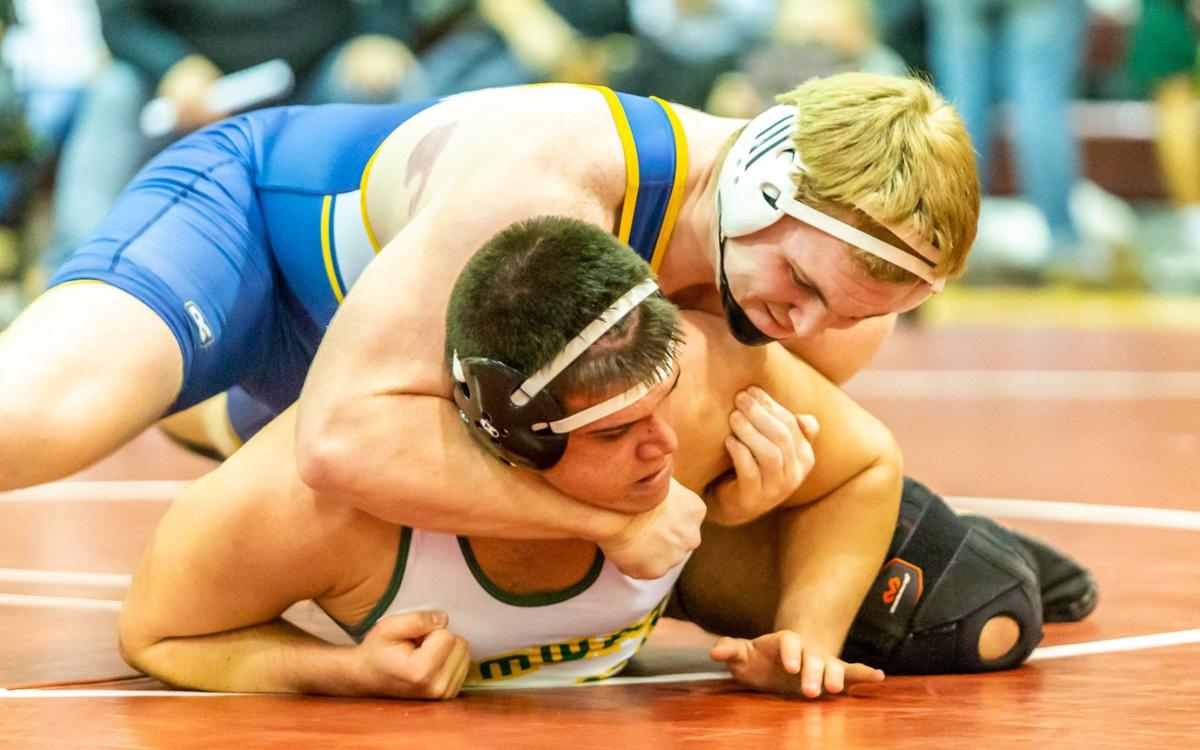 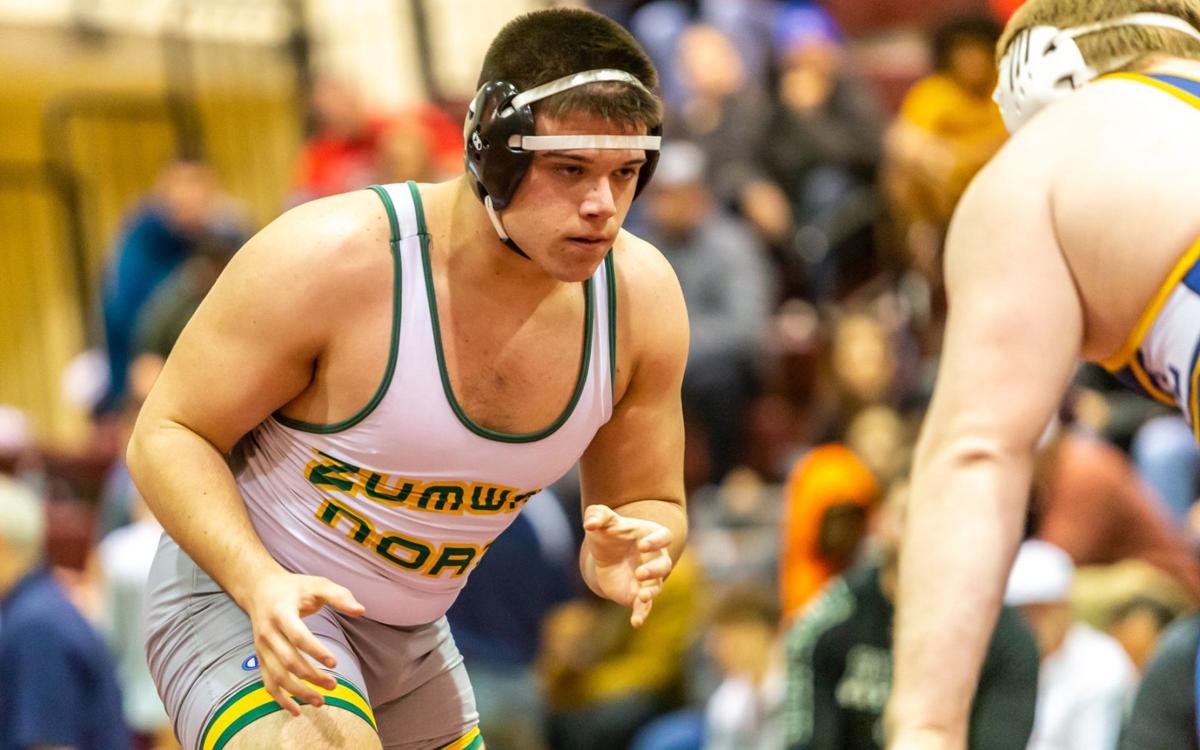 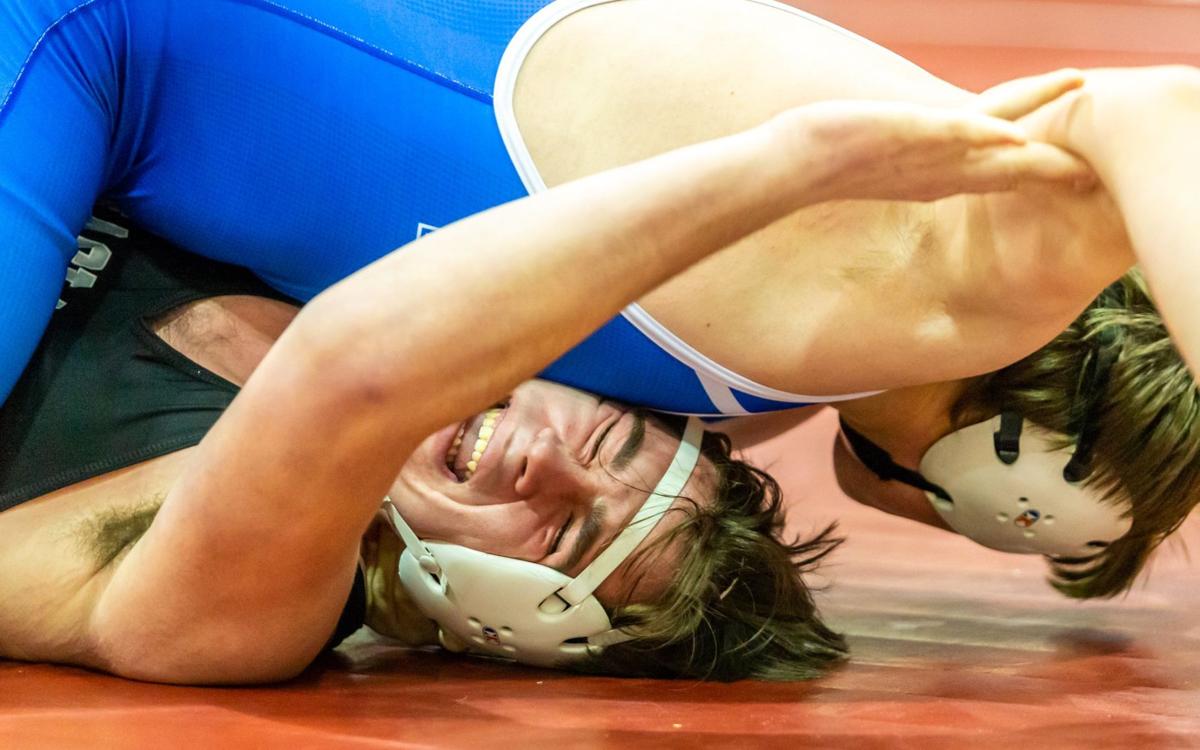 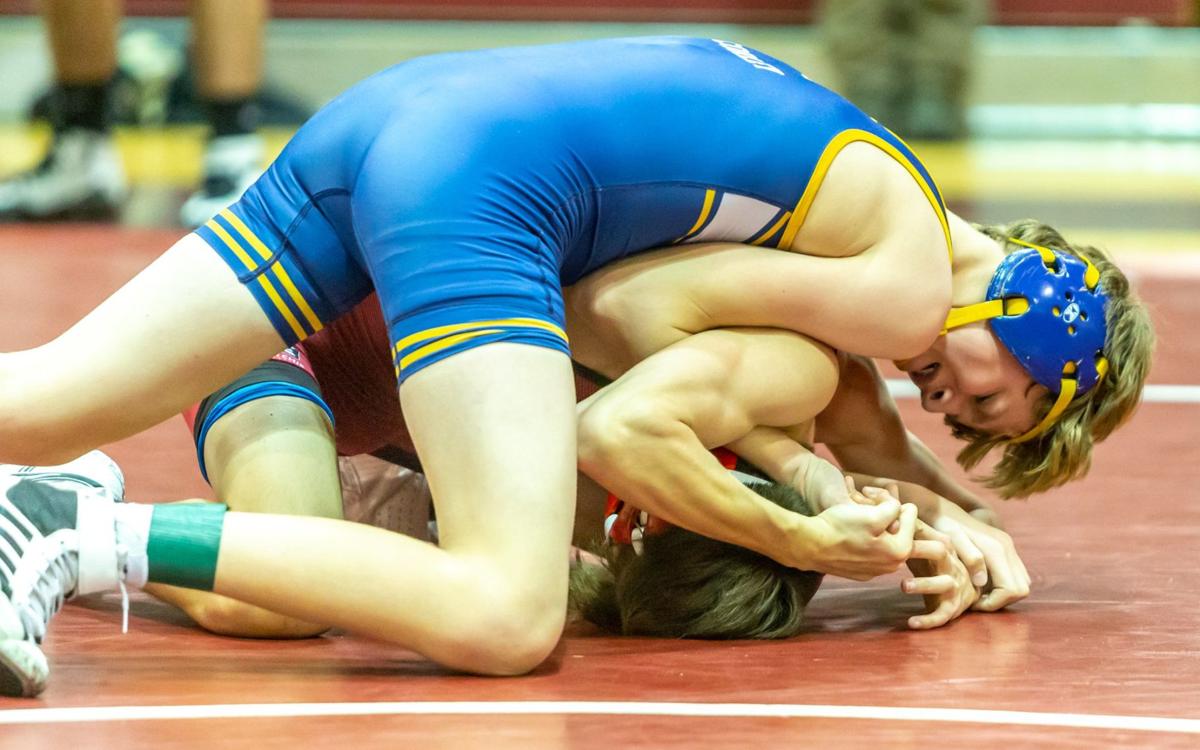 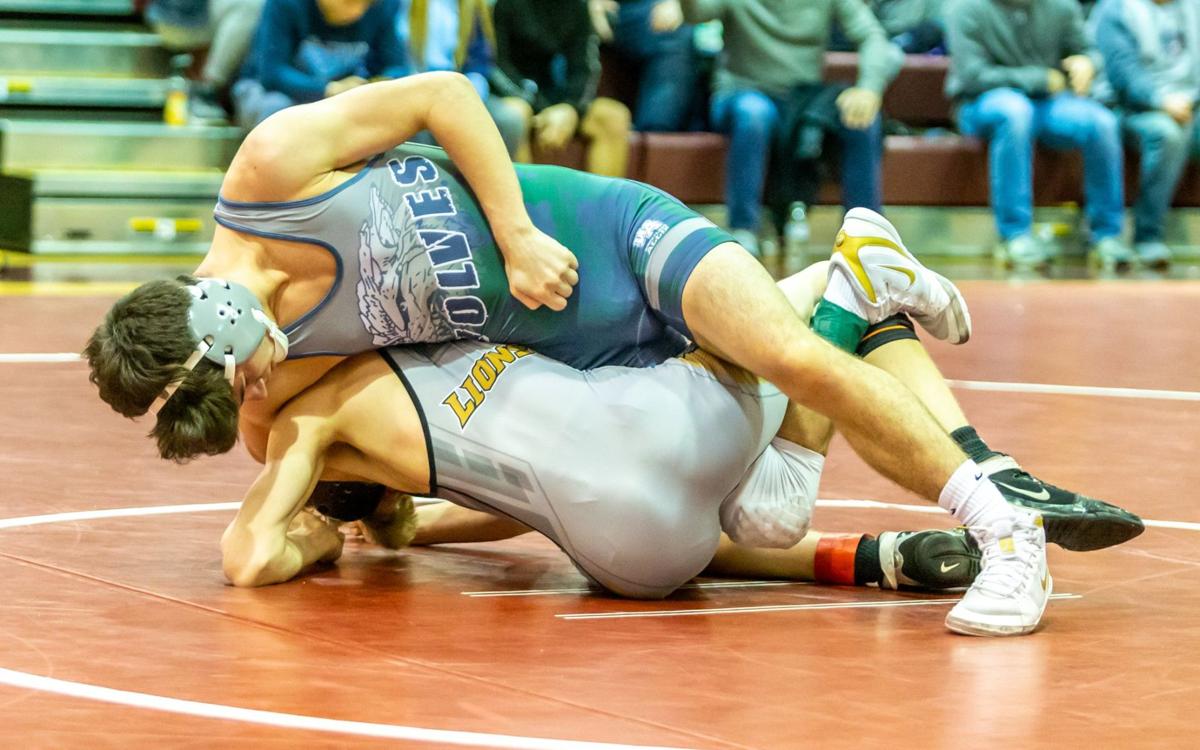 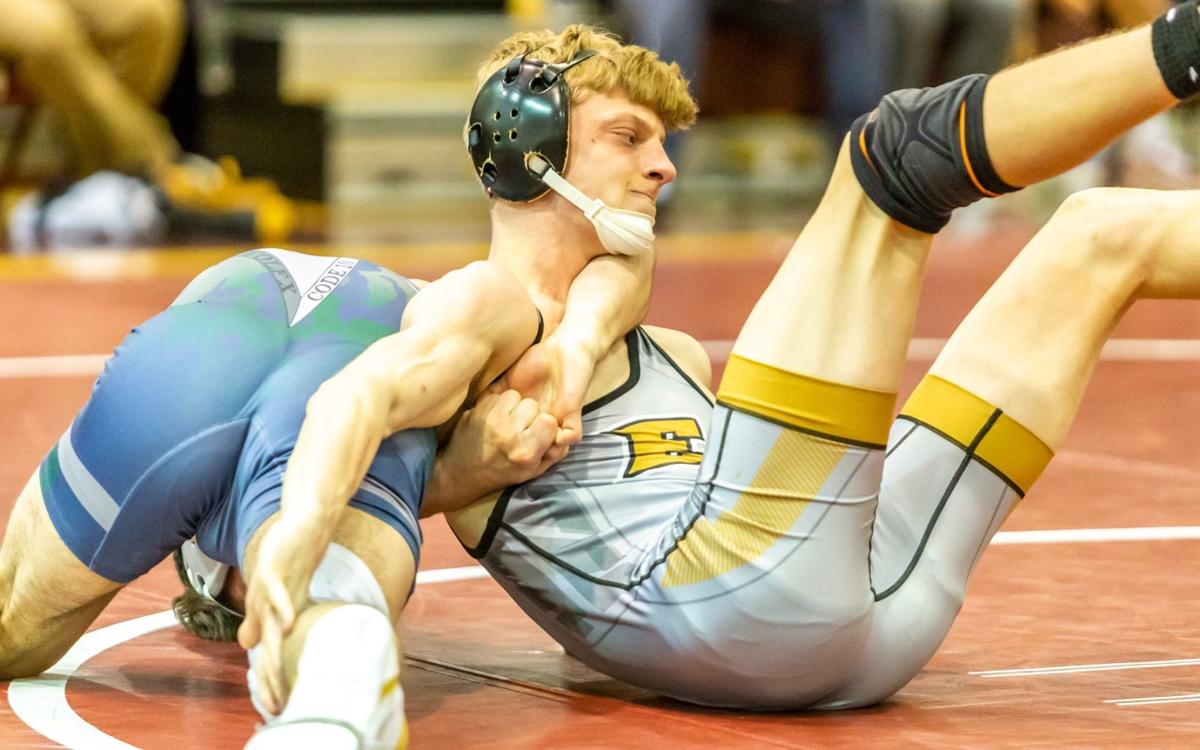 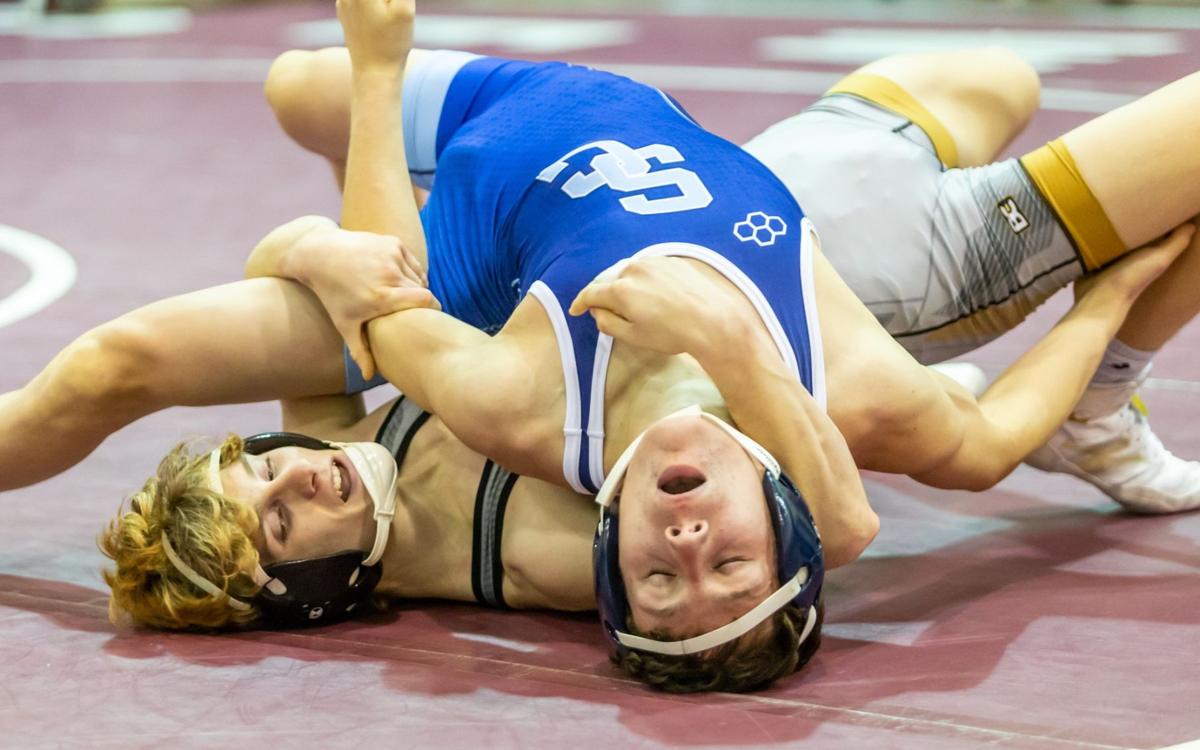 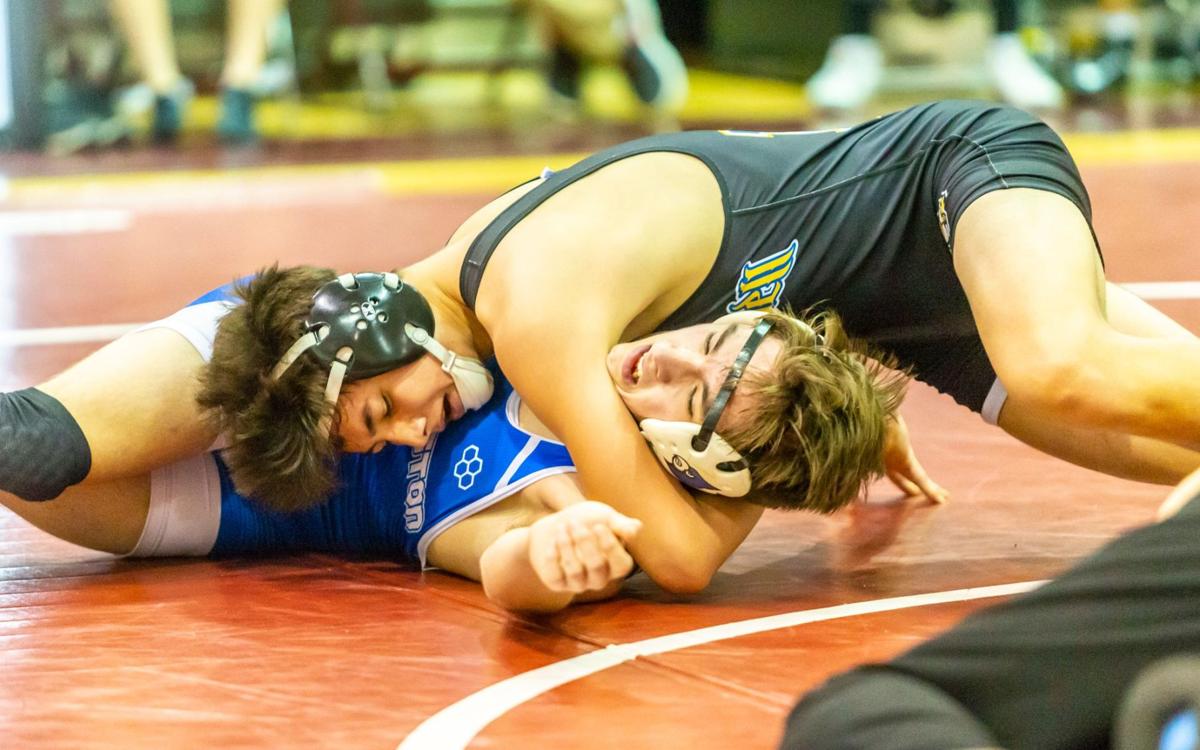 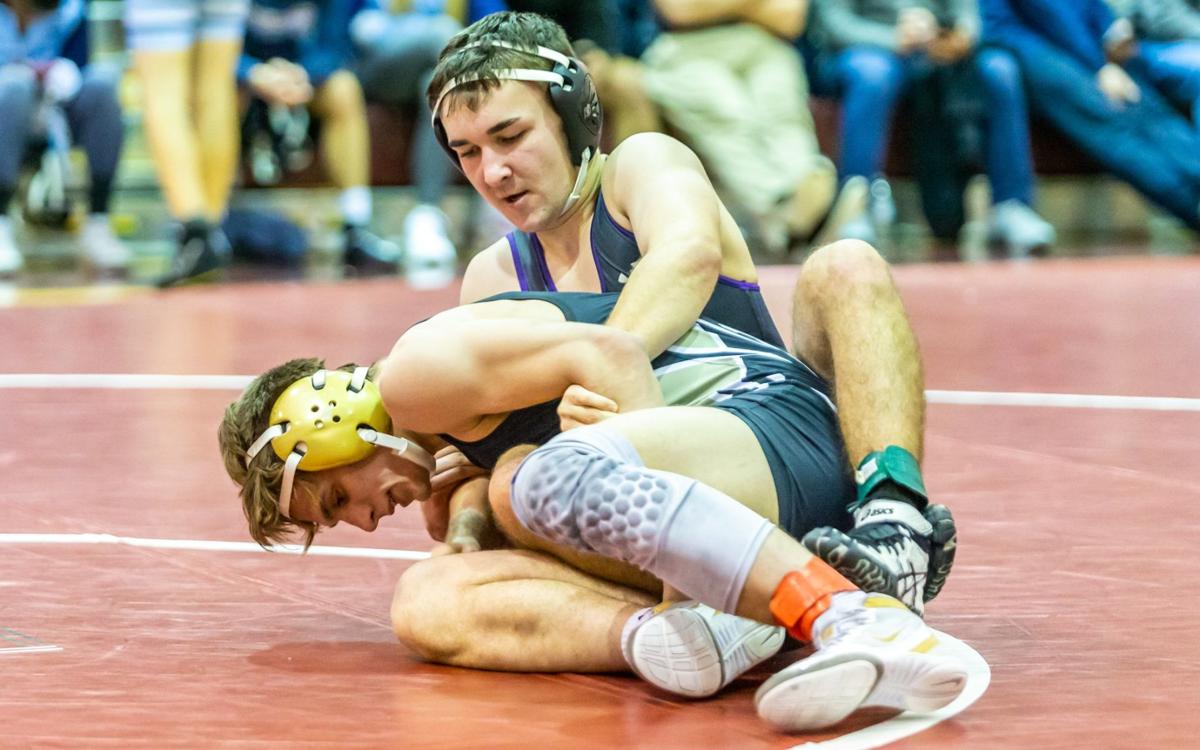 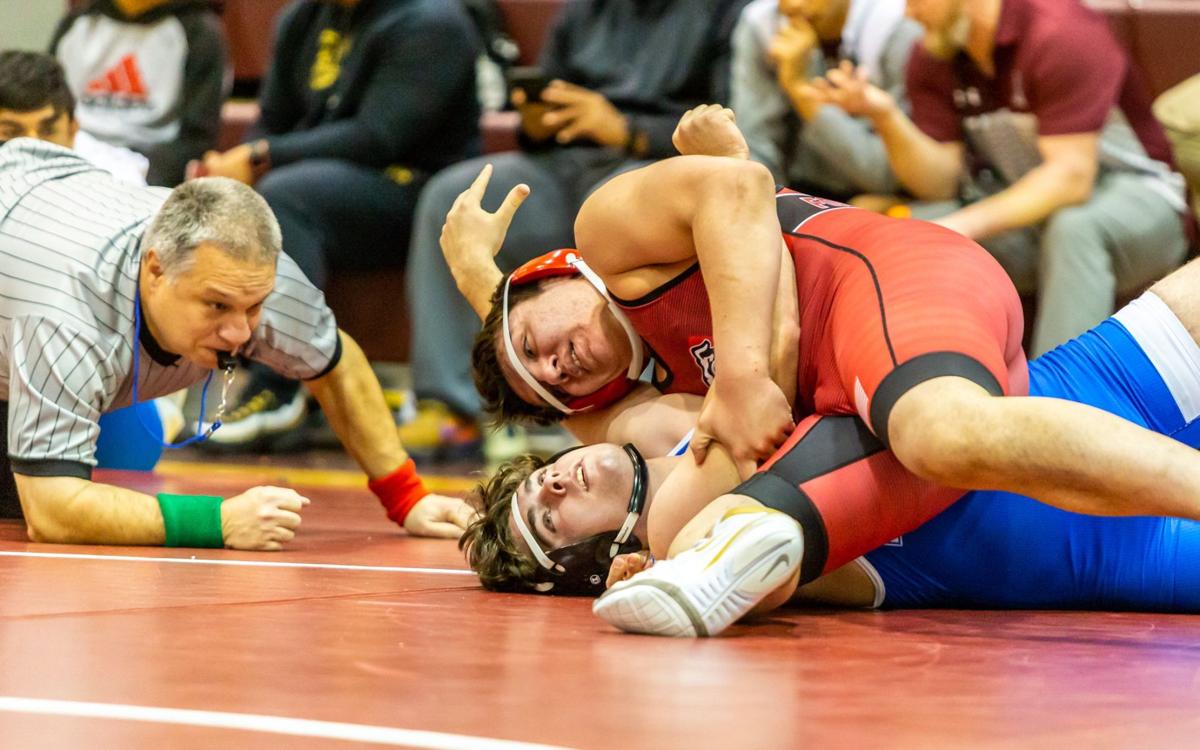 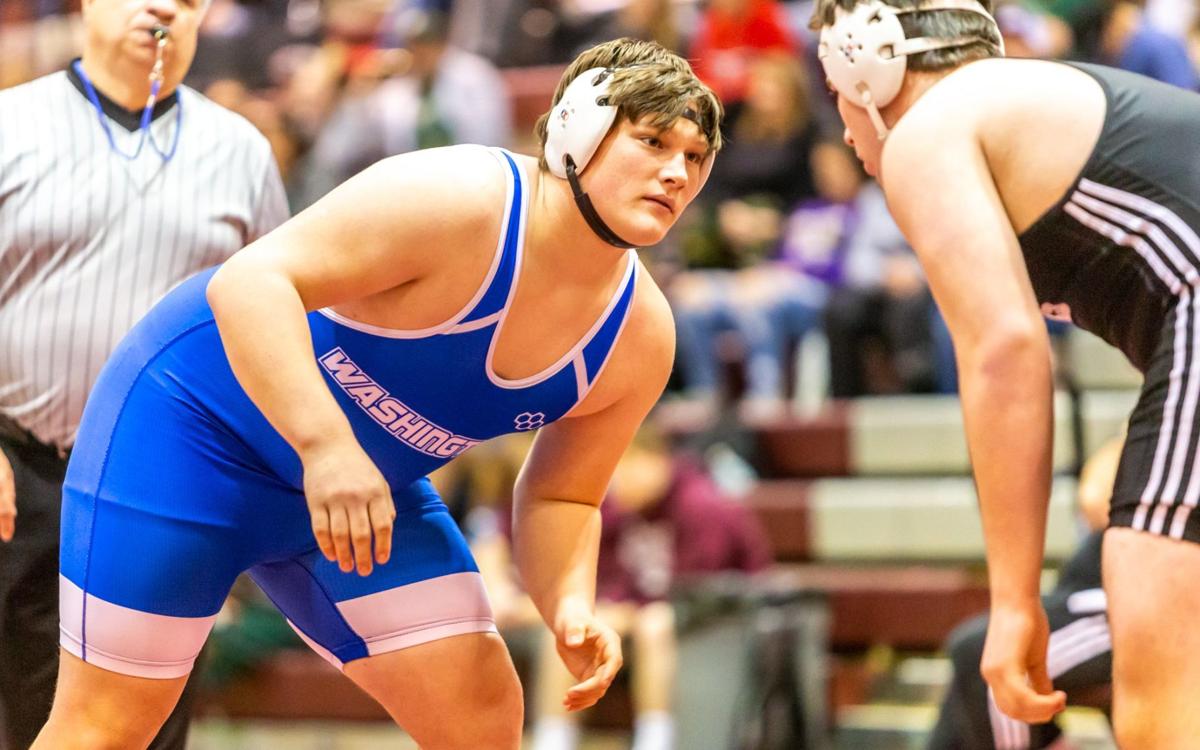 Both collected pins on Saturday to become three-time Gateway Athletic Conference champions, but it was the performance of their teammates that had them beaming as Francis Howell overcame a 40-point deficit to defeat defending champion Holt 182-170 at the GAC Tournament at St. Charles West High.

“It’s really good to see all our hard work come together,” said Skillington, who won the state championship at 285 last season. “Championships are not a one man job, it takes practice partners to push you.”

Kyle has finished fifth at the state championships the previous two years.

“We have a few guys who couldn’t crack the lineup last year who are now getting their chance at the varsity level,” said Kyle, who signed to wrestle at the University of Wyoming. “I think they’re doing a real good job not putting too much pressure on themselves and understanding that this is a team effort.”

Francis Howell last won the GAC championship in 2018 and coach Kevin Stroh pointed to Skillington and Kyle as major reasons why the Vikings were able to reclaim the title.

“They are the perfect leaders, they train hard, they get good grades, they do everything we ask of them,” Stroh said.

Holt placed six wrestlers in the finals including junior Hayden Ferrell, who won a 10-8 decision over Fort Zumwalt North junior Storhm Jones with a takedown with 24 seconds remaining in the match.

“I saw he was stepping hard with his lead leg. We both shot at the same time and I was just lower,” Ferrell said. “He was fast and strong, but I just kept pushing the pedal.”

Ferrell joined three-time GAC champion Carter Smith (138) and freshman Brett Smith (145) on the podium for the Indians. Despite his newness to the Holt varsity team, Brett Smith has already established himself as a leader among his teammates.

“I haven’t seen anybody encourage people more than that kid does,” Ferrell said. “You can tell that he loves it and keeps that good energy going throughout the room during hard times.”

Cross enjoys the friendly competition with his fellow talented freshman.

“We’re practice partners so it’s great to see him do his thing. It gives me a good boost, good motivation,” Cross said.

They joined Kaden Hart (152) as champions for the Spartans, who finished fifth with 116.5 team points.

In one of the most entertaining championship matches of the tournament, St. Charles West junior Alex Meyer exacted revenge on Warrenton junior Andrew Jones, who had beaten Meyer earlier this season. Leading 9-8 late in the final period, Meyer pinned Jones to capture the title.

“My coaches tell me not to try to hang on for the easy win but to finish it when you can,” Meyer said. “I knew I had to go and finish the deal.”

Other winners included Treyvon Ward (195) and Justin Mowry (220), who put St. Charles on the winner’s podium, and Wyatt Haynes (160) of Liberty, who recorded an impressive pin against Clark Rogers of Winfield.

But the team championship belonged to Francis Howell, and for Stroh, reclaiming the top spot was an important step for the program.

EDWARDSVILLE — Under a spotlight and with the roar of the crowd behind him, Caleb Harrold basked it all in Tuesday.

The St. Charles West High wrestling team didn’t win an individual title at the Eric Lewis Invitational this weekend. But the Warriors did mana…