Fitting farewell: David Backes retires as a Blue
0 comments
Share this
{{featured_button_text}}
1 of 2 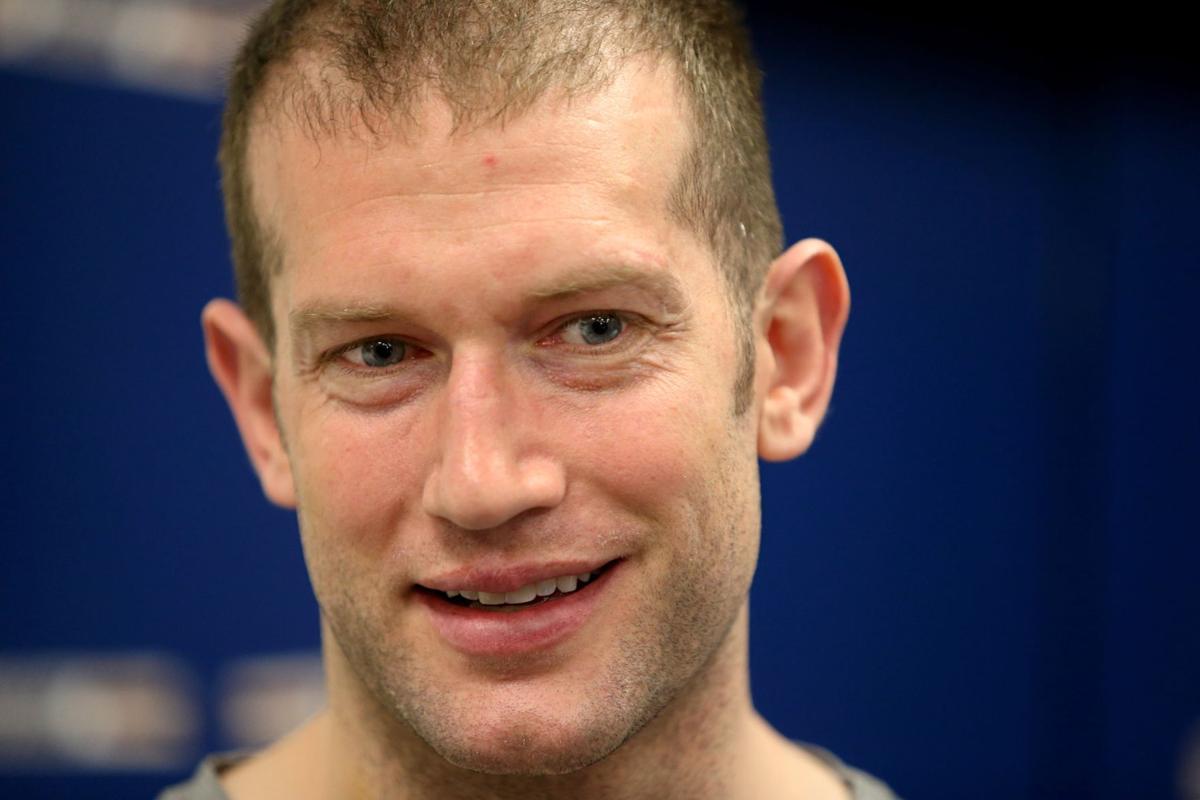 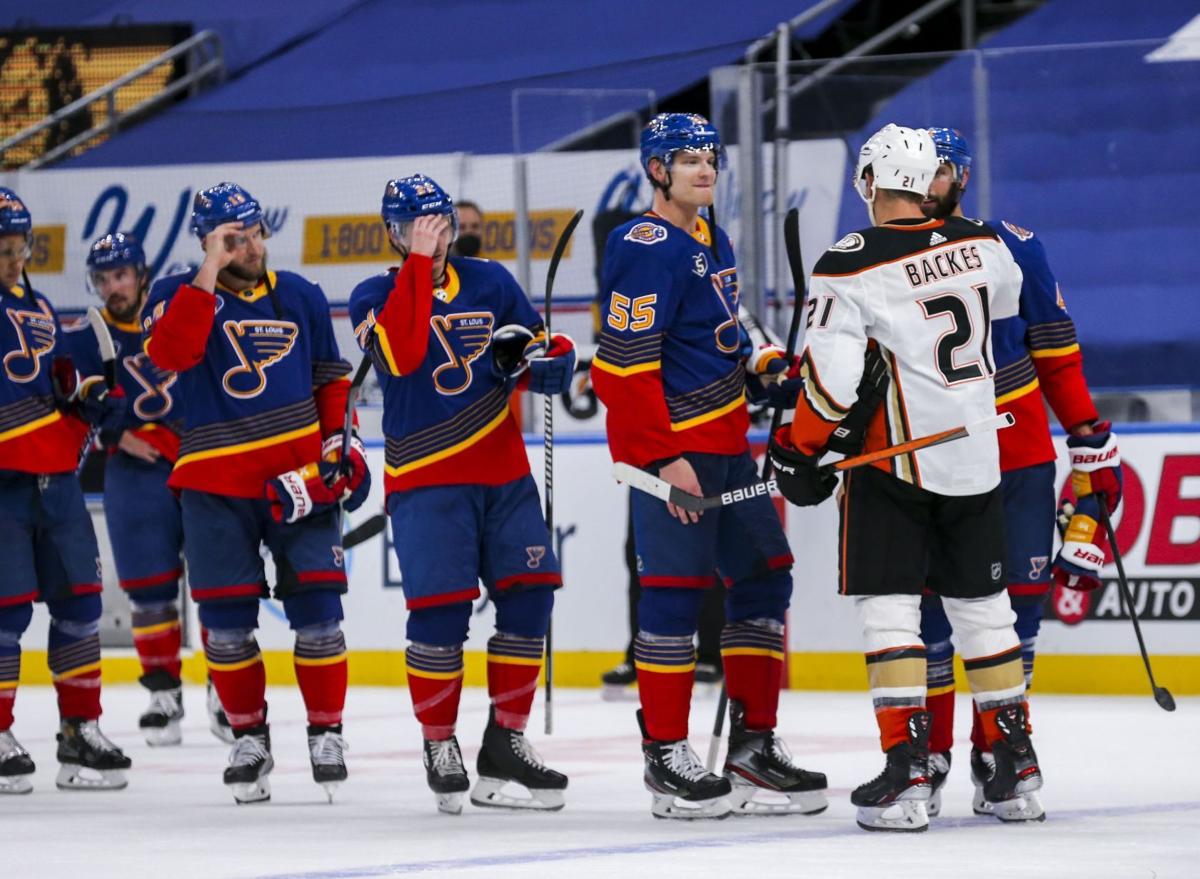 Other than, say, winning a Stanley Cup in his final game as a player — which didn’t happen — David Backes couldn’t have scripted a better way to ride off into the sunset.

On May 5, as a member of the Anaheim Ducks, he played his final NHL game in St. Louis against the team that brought him into the league and for whom he played a decade.

He then finished the season in Minnesota, and although he didn’t play in the Ducks’ final games there, he got to see family and friends in his hometown of Minneapolis.

On Thursday came the topper: He signed a one-day contract with the Blues so he could officially retire as a member of the team. On the 10th anniversary no less of being named Blues captain.

“Following my last game, it was clear to me that I needed to retire as a member of the St. Louis Blues,” Backes said in an open letter to Blues fans posted on stlouisblues.com. “That night (May 5) reiterated that St. Louis was my home. It is where my wife and I grew into adulthood and it was this organization we needed to retire with.

“The feeling was mutual for the Blues and I am so humbled that the journey has come full circle for me to end this amazing ride with the same organization that called my name at the draft 18 years ago.”

“How I hope to be remembered is a guy that gave it all and did everything in my power and didn’t waste an opportunity,” Backes said later Thursday on a Zoom call with reporters. “Left it all on the ice and was a great teammate to the guys I was wearing the same sweater as.

“The statistical component of it, the on-ice success as a team — that is what it is — but if I’m remembered as a guy that was dependable, that was responsible, that cared for people, and then went out there and did it myself, to me that’s all that matters as I leave this game.”

His favorite moment as a Blue?

Easy. Defeating the rival Chicago Blackhawks in Game 7 of a first-round playoff series in the 2015-16 playoffs.

“Knowing everything that rested on that game,” Backes said. “I truly believe if we don’t win that game, and the lack of success we had in the playoffs in years prior, that it might be a complete teardown of that team.

“Because we just couldn’t get past Chicago and maybe they get some more momentum from winning that first round and they win another Cup. There’s a lot of things that really pivoted on that game. Instead we win, we beat Dallas in seven games in the second round, and then we’re into the conference finals.

“And we’re like: ‘We’ve got something here. This doesn’t need a full re-do; this needs a couple tweaks and we’re right on the doorstep.’”

Unfortunately, one of those “tweaks” was Backes leaving the Blues following that season, signing a free-agent contract with the Boston Bruins.

When he left the Blues, Backes said if the team he was playing on couldn’t win the Cup, he hoped it would be the Blues. That’s exactly what happened three years later, when the Blues defeated Backes’ Bruins in seven games to cap the 2018-19 season and bring St. Louis its first Stanley Cup.

At the time, Backes said it was a bitter pill to swallow. Eventually, he came to realize that he had helped build the foundation for that Cup-winning team during his time in St. Louis.

“I would say it was a good six months to a year after that for me to wrap my head around that and get over — I don’t want to say bitterness — but just the disappointment and my own emotions, that were real and raw and in my brain,” Backes said.

“To see that the Blues did get a Cup and how grateful the team was. And to see the organization and all the work that went into 50-plus years had now culminated in that ultimate trophy. And there are no more St. Louis Blues ‘no-Cup jokes’ being made. That to me was a little bit of solace on that defeat. But in the moment, it was not very prevalent at all.”

Backes basically knew it was time to retire when he played that last game on May 5. It was then that Blues general manager Doug Armstrong began the process that led to Thursday’s ceremonial contract and retirement announcement.

‘Special place in our hearts’Backes sounds like he wants to get back in the game in some capacity. But for now, he wants only to spend the next year or two — minimum — just being around his wife and two children. Now living in southern California after finishing his career with the Ducks, the Backes family may settle down in St. Louis at some point.

On a Zoom call earlier Thursday with Blues season-ticket holders, Backes said he tried to buy some land in St. Louis recently but was unsuccessful.

Incidentally, Blues forward David Perron somehow snuck on the season-ticket holders’ call originally identified only as “Dave’s iPhone” and got a “question” in to Backes.

In any event, Backes’ bond with St. Louis is permanent as far as he’s concerned, whether he ends up planting roots here or not.

“When we’re there it’s like we’re back home,” Backes said. “And the people when we’re there seem to think that we never left, and they embrace us like we were still playing there. So that is a special connection that I think is irreplaceable.

“And that will be lasting. For me, at least on my side, we will forever love St. Louis. Whether we end up back there or not time will tell, but a special place in our hearts and the people make it that way for sure.”