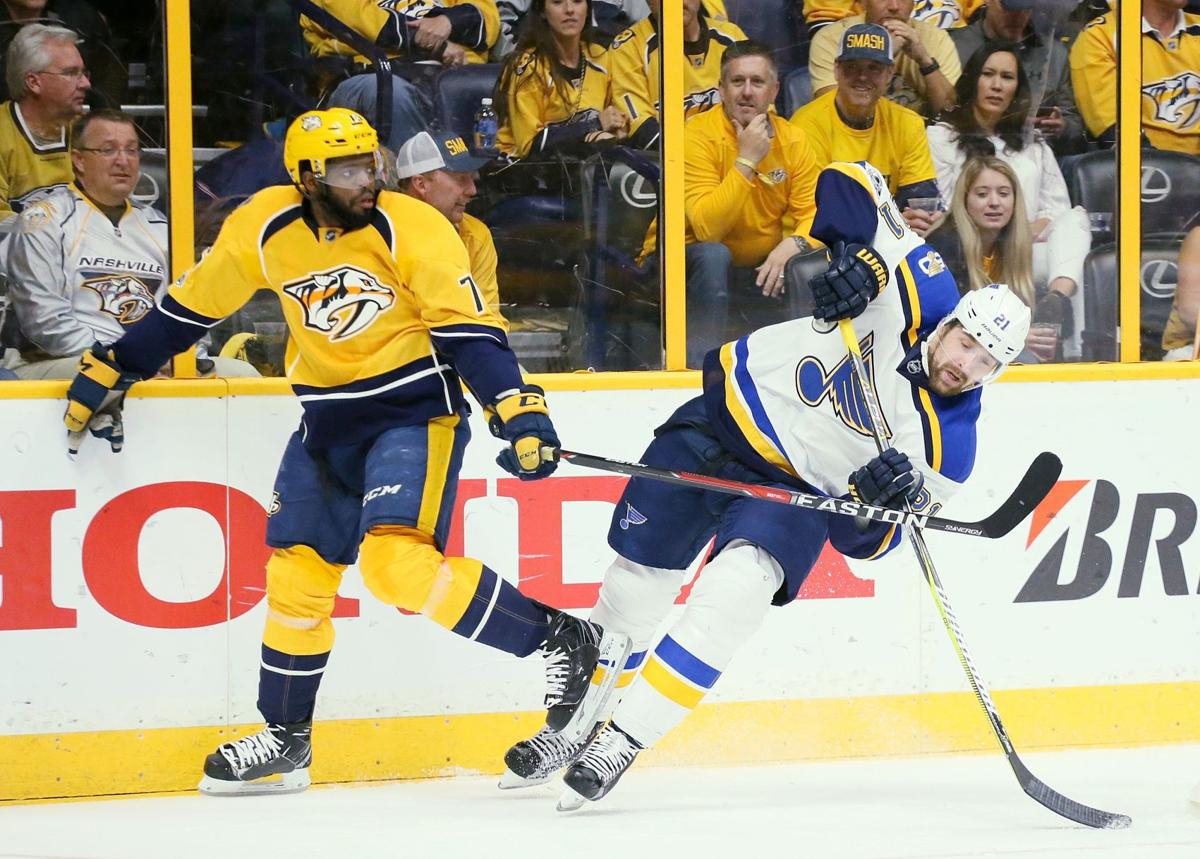 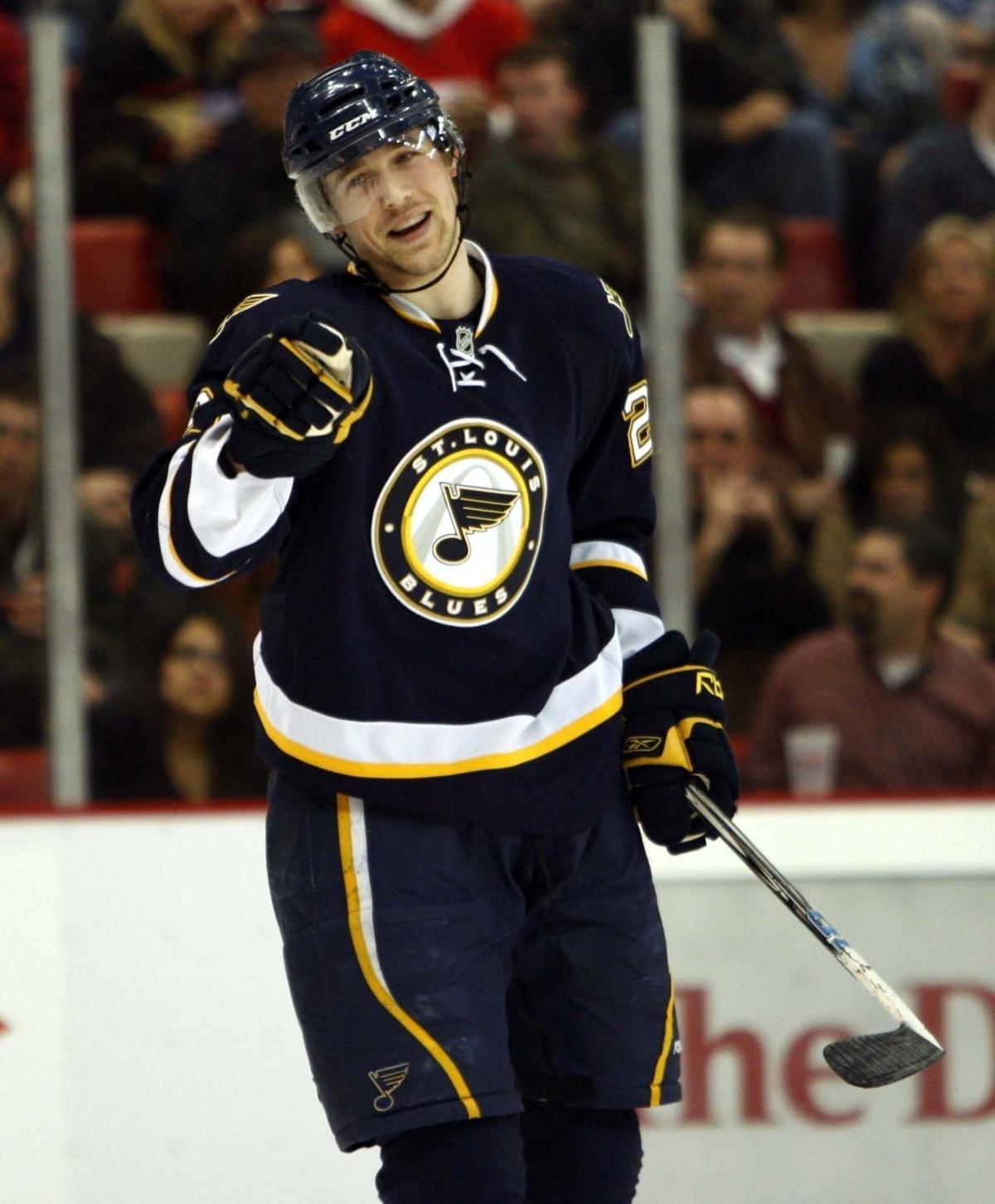 When Patrik Berglund signed a five-year contract extension with the Blues last February, some in the media did the math and pointed out that he could become the franchise’s all-time leader in games played if he stayed healthy.

“Yeah, who was that?” Berglund asked. “You guys jinxed me.”

Berglund, who currently ranks seventh in team history but is just 290 games short of Bernie Federko’s record of 927 games, suffered a shoulder injury in June that required surgery. The 29-year-old center may wind up catching Federko later in his career, but his game clock won’t re-start until at least December when he’s expected to return to the lineup.

This is the second time in three summers that Berglund had a training mishap that will force him to miss the start of the season. The first time it was to repair a right shoulder that he re-aggravated during a workout in August 2015 after originally injuring it in April 2014. This time, a similar injury to the other shoulder was the result of a one-time incident that happened in Sweden in mid-June.

“This one came completely out of the blue, so it hit me much harder,” Berglund said. “You haven’t had any problems with it and out of nowhere you’ve got an injury with this much magnitude. It happened right at the beginning of my workout. I was doing some sledwork outside on the pavement. I was going to max push the sled forward. You keep your arm out straight and you go down really low to get that power, and right when I was going to push, I slipped with the foot that I was pushing with and my body launched forward. I didn’t get the chance to protect my arms and my shoulder, so my body went forward and I got stuck in a bad position.”

There wasn’t anyone on the scene who could help Berglund pop the shoulder back into place, so he got a ride to the hospital where he received some attention. Before he could even digest the disappointment himself, he phoned Blues general manager Doug Armstrong to notify the club of the accident.

“It’s never fun to call with that type of news, but it had to be done,” Berglund said. “I wanted to let them know right away what happened so that we could deal with the problem. We decided for me to come over (to the U.S.) and take a closer look at it. So we did and decided that we should fix it right away because with my other shoulder, I kept having problems and finally had surgery and I didn’t want to go through that again. So we decided right away that it’s time to fix it.”

Berglund flew to St. Louis, where Blues team doctors performed the surgery, and then immediately returned to Sweden for teammate Alexander Steen’s wedding. Berglund is now back in town undergoing a treatment routine that, unfortunately, he’s all too familiar with.

“I’ve been through it, so it’s fresh in my mind,” he said. “I know when you decide to go through with the surgery, I know how much time it will take to recover and come back. It’s the same thing this time, you’ve got to really put in a lot of hard work so that you can come back and compete at this level. You do the rehab and keep believing that you’re going to come back stronger. That’s the state that I’m in now, and it’s the only way to go. I think that has helped me to move by the disappointment. It helps you a little bit because you’ve been through it, but it still absolutely (stinks).”

After Berglund’s first shoulder surgery two years ago, he missed 40 games before returning to the Blues’ lineup Jan. 2. He then played in all 42 of the final regular season games, netting 10 goals and 15 points. He played 20 playoff games and added four goals and nine points.

The post-surgery player looked stronger and more confident in his ability to skate hard to the net, which was evident last season, too, when after a slow start Berglund finished with a career-high 23 goals. He played all 82 games, marking the second time in his career he’s played the entire schedule.

But that won’t be possible for Berglund this year.

“I’ve been fortunate in most of my years to be very healthy and so on,” Berglund said. “I don’t want to miss any games, but I’ve been given two tough setbacks. At some point you’ve got to let that go and just move forward, try to get healthy and stronger and be ready to play.”

In the meantime, the Blues have a few new options to fill the void at center during Berglund’s absence. Brayden Schenn arrived in a trade from Philadelphia in June, and after playing on the wing much of the previous two seasons with the Flyers, he’ll start out in the middle when training camp opens Sept. 15. Robby Fabbri, who has lined up on left wing the first two years of his career, will also get an audition when the club reconvenes.

Berglund likes what the Blues are building, even if he won’t be a part of it for a few months. He is expected, however, to be around for a long time after signing his extension, which one day could make him No. 1 in games played in the organization’s history.

“I’m so excited for our team,” Berglund said. “We have a great group of guys and I think we have a lot of good years in front of us.”

Ten Hochman: On the birthdate of Pavol Demitra, remembering the late Blues All-Star who would’ve turned 47

Ten Hochman: On the birthdate of Pavol Demitra, remembering the late Blues All-Star who would’ve turned 47

Would Blues ever move to KC? Rutherford answers 10 Blues questions

Jeremy Rutherford: 11 questions — and the farewell — from his final Blues chat

Check out what the Post-Dispatch hockey writer has to say about recent roster moves, prospects to watch and more.

Ex-Blue Lehtera eager to prove himself

'I have no idea why (the Blues traded me), but I think it’s better for me that I got traded, so I don’t really care why,' he said.

Blues add AHL affiliate in San Antonio — for next year

Deal with team in San Antonio takes effect in a year.