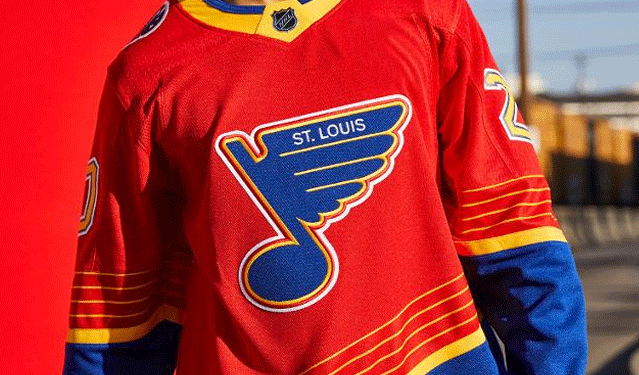 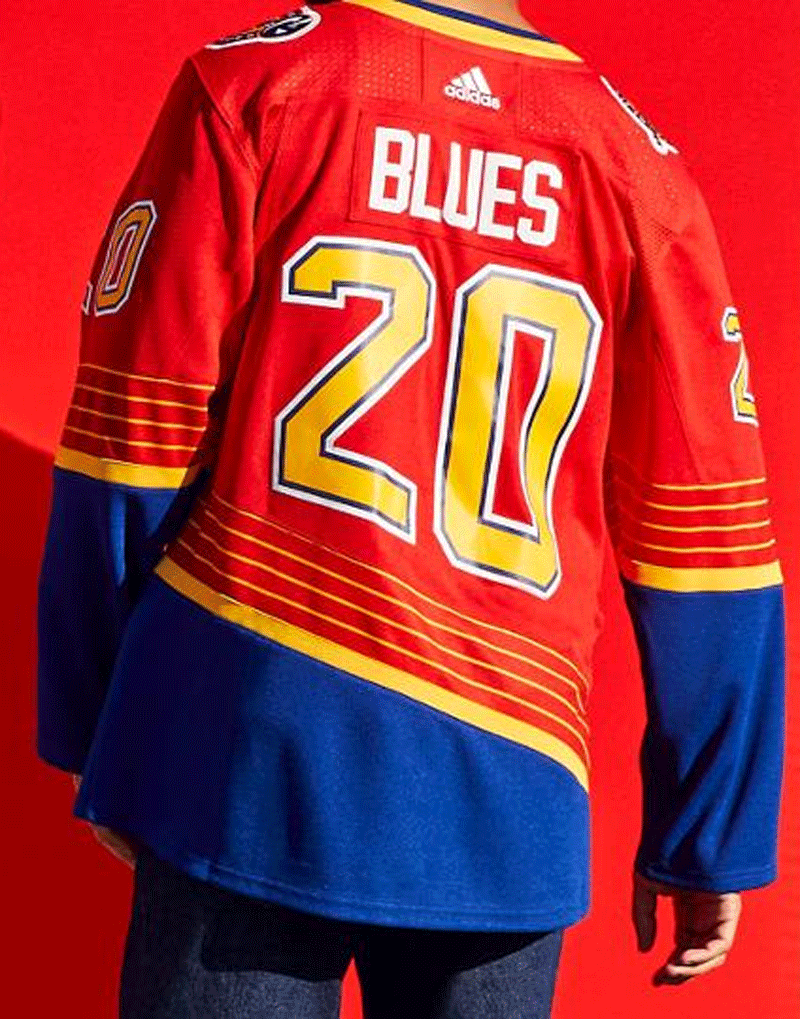 For a team that calls itself the Blues, there sure is a lot of red in the new reverse-retro jersey unveiled Monday by the team and the NHL.

Then again, that’s the whole idea of “reverse” retro; it “reverses” the colors of the home jersey worn from 1995-97 by the Blues.

And that means plenty of red on the jersey — with the color blue only on the sleeves from the elbow down, on a swatch of blue above the waist and the Bluenote on the jersey front. There also is a strip of blue ringing the neck as well as a patch of a blue horn on top of one shoulder.

All 31 NHL teams will wear retro jerseys in several games during the 2020-21 season, including the renewal of rivalry matchups. It marks the first time in league history that every team in the league has participated in an alternate jersey program, according to an NHL news release.

“Hockey fans love retro jerseys and reverse-retro is a great opportunity for Adidas to work closely with the NHL and all 31 teams to bring back a design from a meaningful point in team history with a unique twist,” said Dan Near, senior director at Adidas Hockey.

Of course, it also is a marketing too. They will be sold to fans for $189, which does not include a name or number on the back.