Become a Member
Read Today's E-edition
Share This
Dunne is latest St. Louis product to embark on NHL career
0 comments
Share this
1 of 2 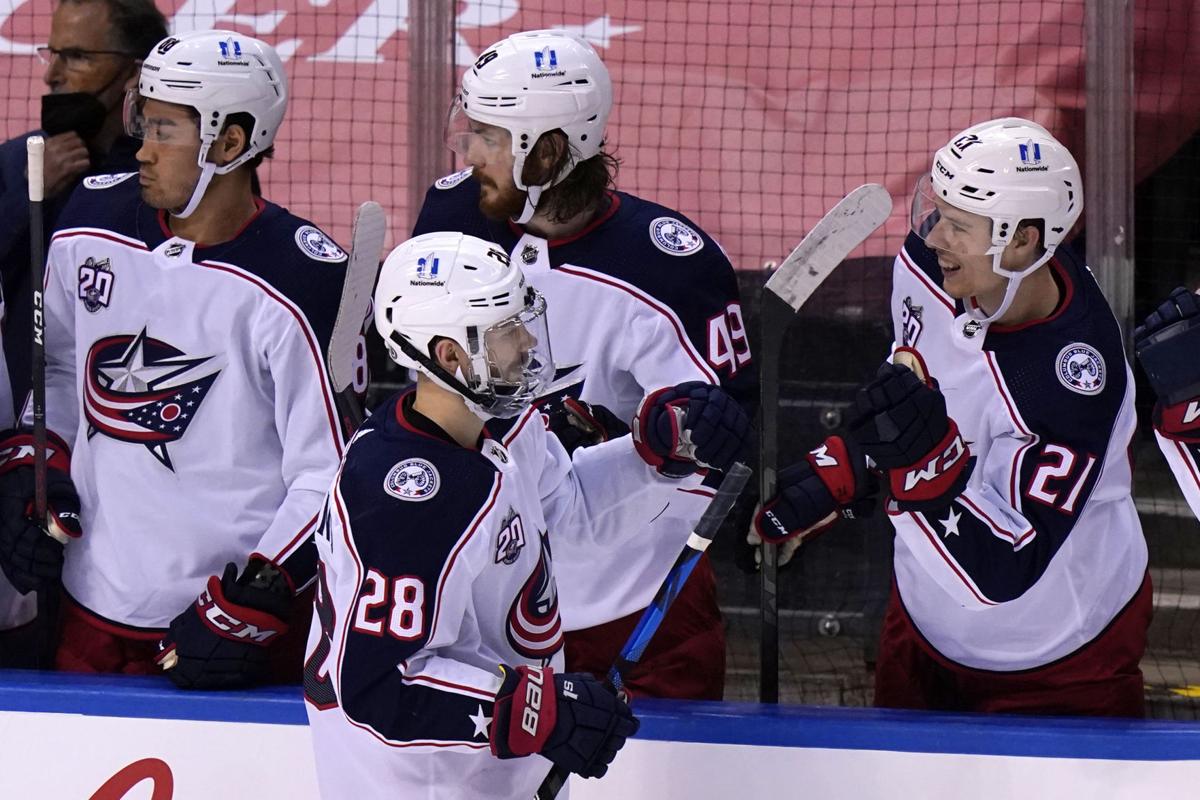 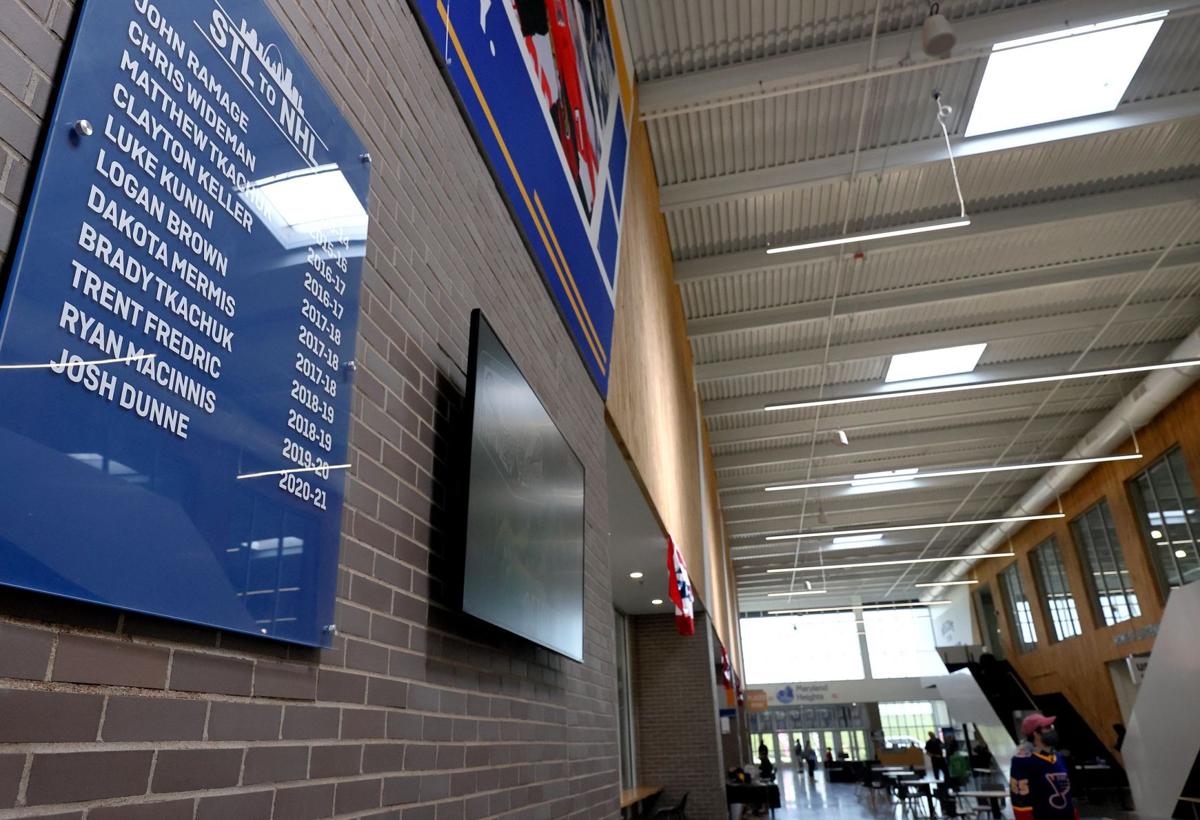 Josh Dunne's name has been added to the list of local St. Louis hockey players who made the NHL as seen on a sign hung on the wall at the Centene Community Ice Center in Maryland Heights on Friday, Sept. 24, 2021. Photo by David Carson, dcarson@post-dispatch.com

Both participated for their respective countries, both playing defense, in the Women’s World Championship in late August in Calgary, Alberta. And both are vying for spots in the Winter Olympics for their country’s teams.

So Josh Dunne, who are you rooting for?

You’d think it was an easy decision for Dunne, the St. Louisan who’s trying to make a team of his own — the Columbus Blue Jackets. Jincy is his older sister.

Not so fast. Shelton is his girlfriend. So what’s it gonna be when the 2022 Games start in February in Beijing? Sister or girlfriend?

“I just hope they both do well, we’ll put it that way,” said Dunne, taking the diplomatic approach. “I’m happy for both of them. They’re both in a great spot (to make their Olympic teams). I’m more focused on their individual successes. Who I’m rooting for? I don’t know.”

At least all parties can agree on this: They’d like their brother (or boyfriend) to earn a spot on the Blue Jackets’ opening-day roster.

Dunne is a native of O’Fallon, Mo., who came up through the AAA Blues program. He’s come a long way since then. In little more than a month and a half last year, Dunne finished off a COVID-condensed college season at Clarkson University, where he was team captain, at the end of February.

He was signed by the Blue Jackets as an undrafted free agent in mid-March and was sent to their American Hockey League affiliate in Cleveland. He played well there in 15 games, and then got the call-up to Columbus and the NHL in mid April.

“Like every kid says, it was a dream come true,” Dunne said. “You see all these guys growing up, watching ‘em play. And the next thing you know, you’re on the same ice with them. So it’s pretty cool.”

Dunne, 22, made his NHL debut April 15 against the Dallas Stars.

“I was just in shock,” Dunne said. “It didn’t feel real until after probably the first shift.”

He went on to play six games for the Blue Jackets, with no goals or assists, before the end of the 2020-21 season.

As such, his name was added to the “St.Louis to the NHL” wall display at Centene Community Ice Center. It lists St. Louis-area products who have gone on to play in the NHL.

“My sister sent me a picture of it the other day,” Dunne told the Post-Dispatch earlier this month at the NHL Prospect Tournament in Traverse City, Mich.

Dunne, a 6-4, 210-pound forward, led all players in scoring at the Prospect Tournament, with three goals and four assists in four games. Columbus went 4-0-0 to win the five-team tournament. That gave Dunne a jump start on the 2021-22 season, with Wednesday’s game against the Blues at Nationwide Arena marking his second consecutive preseason game for the Blue Jackets.

He took a puck to the head in the second period Wednesday — friendly fire from a teammate — and left under his own power with a towel pressed against the side of his head. He returned for the third period.

“After you get a taste of (the NHL), you want it all the time,” Dunne said. “So you just have to keep working hard. It’s kind of a motivator to work hard to get to that level and stay there.

“I’m gonna do the best that I can and show the team what I can offer. And whatever happens, happens.”

Only a handful of Blues on the camp roster have yet to play in a preseason game. One of them is forward Zachary Bolduc, the team’s first-round pick, No. 17 overall, in the 2021 draft.

Bolduc suffered an upper-body injury training this summer in Quebec. He was held out of the Traverse City tournament, and although he has been skating during camp in St. Louis, coach Craig Berube stopped short of saying he was cleared for game action.

“Very high-skilled player,” Berube said. “Quickness. His head’s up making plays. Very good ability. So hopefully we can get him in a game here soon. He’s feeling pretty good now. . . . He looks like a real good pick.”

Quirk in COVID protocols prevents him from crossing into Canada until Monday.

Binninigton's struggles continue as he allows seven goals on 35 shots.

Blues' Zimmerman gets an eyeful of Kraken's unique arena

And the team executive comes away with ideas that could be put in place at Enterprise Center.

Former Blue Dunn making himself at home in Seattle

The young defenseman has a bigger role after coming to the Kraken in expansion draft.

In a bold move, Berube breaks up the Barbashev-O'Reilly-Schenn line that went wild with five goals and six assists against Nashville.

His intense, physical play brings needed elements to the Blues on game day.

Blues Game Day: Husso gets the start against Kraken

Other than when Binnington was on the COVID list, this will mark the first time Husso will start back-to-back games this season.

Blues notebook: COVID was a family event for Tarasenkos

Tarasenko's wife and three children also had COVID during his time on NHL's COVID list.

Josh Dunne's name has been added to the list of local St. Louis hockey players who made the NHL as seen on a sign hung on the wall at the Centene Community Ice Center in Maryland Heights on Friday, Sept. 24, 2021. Photo by David Carson, dcarson@post-dispatch.com