'I always wanted to be a Blue.' Joey Vitale realizes the dream with new role as radio analyst
0 comments
Share this
{{featured_button_text}}
1 of 2 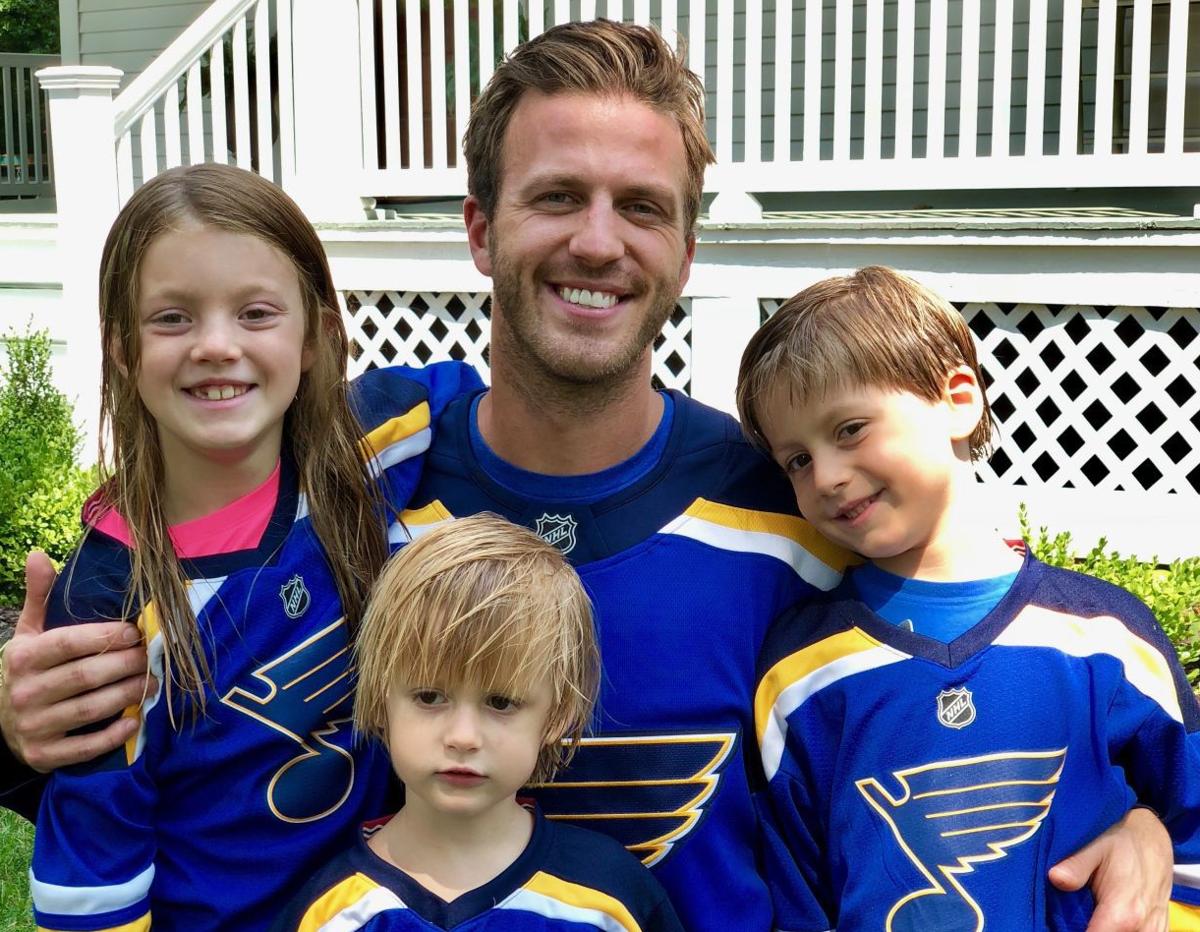 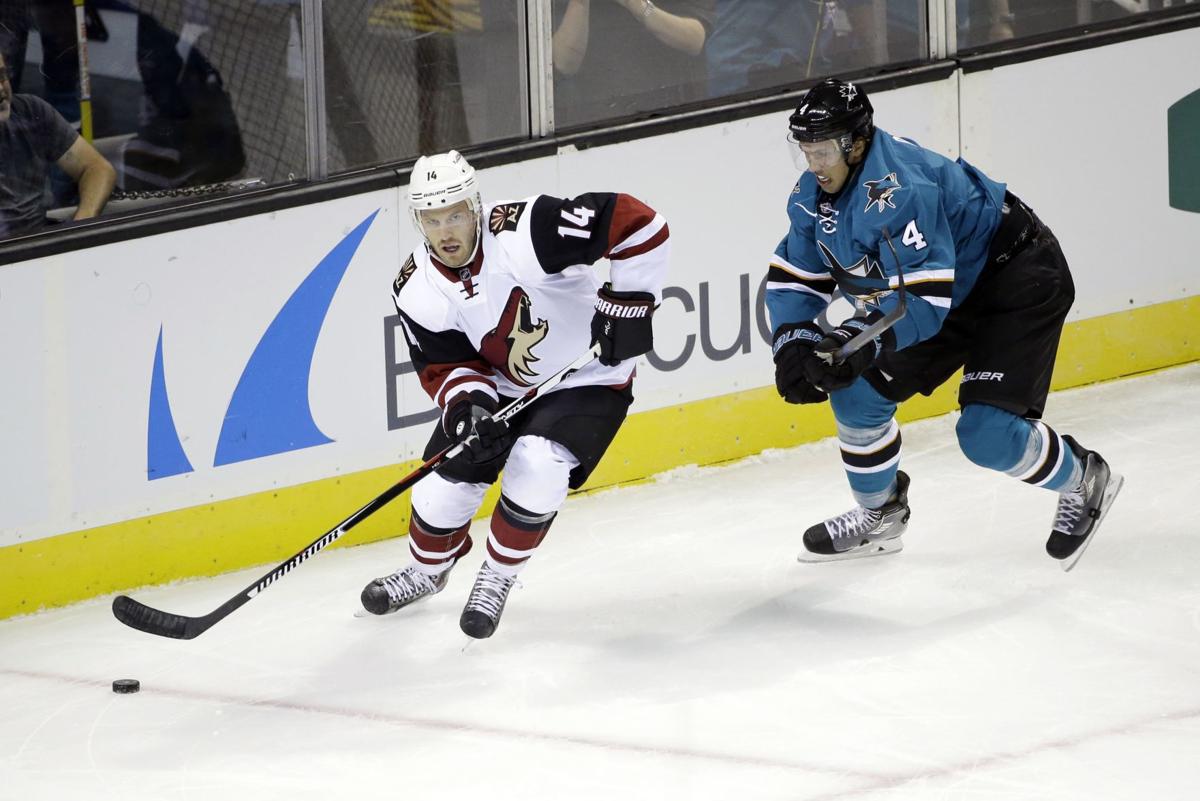 The new Blues radio analyst is St. Louis through and through. Joey Vitale grew up in Sunset Hills, now lives in Kirkwood with his wife and three children and attended high school at CBC.

As a youngster, he cut his hockey teeth at the Affton Athletic Association.

“The old ugly yellow barn at Affton,” Vitale said wistfully. “That’s just a special place. I honestly think I spent more time in that building than my own house sometimes. We were there constantly.”

Many was the day when Vitale finished an Affton practice for CBC, drove away for a bite to eat, hanging “all my wet stuff out the window as I’m flying down the road. And then I’d flip it back around and I’d come back for Junior B practice at 10 o’clock at night. That became the norm.”

His favorite Blues players from the mid-1990s were center Craig Janney and goalie Jon Casey. Although he went on to a six-year career in the NHL for Pittsburgh and Arizona, he never got to realize his childhood dream of wearing the Bluenote.

“Growing up in St. Louis you don’t dream of playing for the Rangers or playing for Pittsburgh,” Vitale said. “You want to be a St. Louis Blue.”

But his new job assignment, working with play-by-play announcer Chris Kerber in the KMOX (1120 AM) booth, certainly rates as the next-best thing.

“This is my city,” Vitale said during Wednesday’s live announcement of his hiring on KMOX. “And I always wanted to be a Blue. I’m so passionate about this team, since from the very get-go with my dad bringing me to games as a kid.”

Vitale, who replaces Kelly Chase, studied journalism at Northeastern University. But the radio game will be new to him.

But he knows the city and the mindset of the Blues fan. He was part of three Mid-States Club Hockey Association championships at CBC. From time to time, he faced an Oakville High team that included Patrick Maroon. (Yes, the Blues’ new forward.)

Vitale, who turns 33 Monday, won a national title for the St. Louis Junior Blues before playing four seasons of college hockey at Northeastern.

He was drafted 195th in the 2005 NHL draft by the Penguins — a mere 194 picks behind future teammate Sidney Crosby that year.

Once he turned pro in 2009, he spent parts of three seasons with Wilkes-Barre/Scranton, Pittsburgh’s American Hockey League affiliate. His roommate at one point in Wilkes-Barre was current Blues defenseman Robert Bortuzzo.

Bortuzzo called in to KMOX during Wednesday’s live announcement and “reminisced” with Vitale about the roach-infested room they once shared in Wilkes-Barre.

“We were living there for free and we weren’t making a lot of money in the minors,” Vitale said.

Before Vitale’s first full season with Wilkes-Barre, he participated in Pittsburgh’s preseason camp. One of the Penguins’ assistant coaches that year was current Blues head coach Mike Yeo.

“I remember it like yesterday,” Vitale said. “I was doing a drill with Jordan Staal, and Jordan Staal was just throwing me around and I was so lost. He was turning me inside-out.

“I remember Mike Yeo taking me aside. He really encouraged me. I’ll never forget that. He did what a true assistant coach should do, and that’s be a player’s buddy at times when you needed some encouragement. That really helped me.”

Beginning with the 2010-11 season, Vitale played 243 regular-season games in the NHL. He had modest career totals of 11 goals and 33 assists, mostly as a fourth-line performer .

A concussion brought a premature end to his playing career. Then playing for Arizona, Vitale suffered a fractured orbital bone fighting Boston’s Kevan Miller in his first game of the 2015-16 season. Concussion issues stemming from that injury made that his only game of the season.

It turned out to be Vitale’s final game. He was traded to Detroit on June 24, 2016 but with the concussion issues persisting, he never played for the Red Wings and retired in July 2017.

Crosby, his former Penguins teammate, helped get Vitale get through the concussion problems.

“Sid was a big part of that, because I was really struggling to find the right kind of help in Arizona,” Vitale said.

Crosby hooked up Vitale with the Carrick Institute in Atlanta.

Nonetheless, seeing his playing career end early and then adjusting to life after hockey made for what Vitale called a “heavy struggle” at times.

“My dad and my mom, they’ve been praying for me a long time since my injury and my retirement,” Vitale said. “For me to get this (job) made my mom and dad so happy. And my wife, she cried when I told her the news. The kids started throwing all their Blues jerseys on and running around the house saying ‘Let’s go Blues’!”

Little more than a year ago, Vitale helped pour concrete under the ice surface area at Scottrade (now Enterprise) Center as part of the first phase of the arena’s renovation. He was working for his father’s Vee-Jay Construction company. Now, he’ll be looking down on that ice providing insight on players he recently played against, and in some cases, played with.

For instance, as a former NHL center, Vitale has been in the faceoff circle against new Blues Ryan O’Reilly and Tyler Bozak.

“I think that played a big role in me getting this job, understanding what it’s like to take face-offs against (Chicago’s) Jonathan Toews and what he does — his quirks and his tendencies,” Vitale said. “And to understand what it’s like to go into the San Jose Sharks’ building after a back-to-back, and to know what kind of heat they’re going to bring in the first period.

“I’m just very grateful that the timing of it worked out.”

The 25 greatest players who have worn the Blue Note

During their franchise history the Blues have featured plenty of all-stars and hall of famers. Columnist Jeff Gordon ranks the  greatest playe…

Kelly Chase, whose popularity among Blues fans moved from the ice to the radio broadcast booth, is giving up his broadcasting duties but will stay connected to the team in a business role.

Blues radio commentator was fearless on the air.