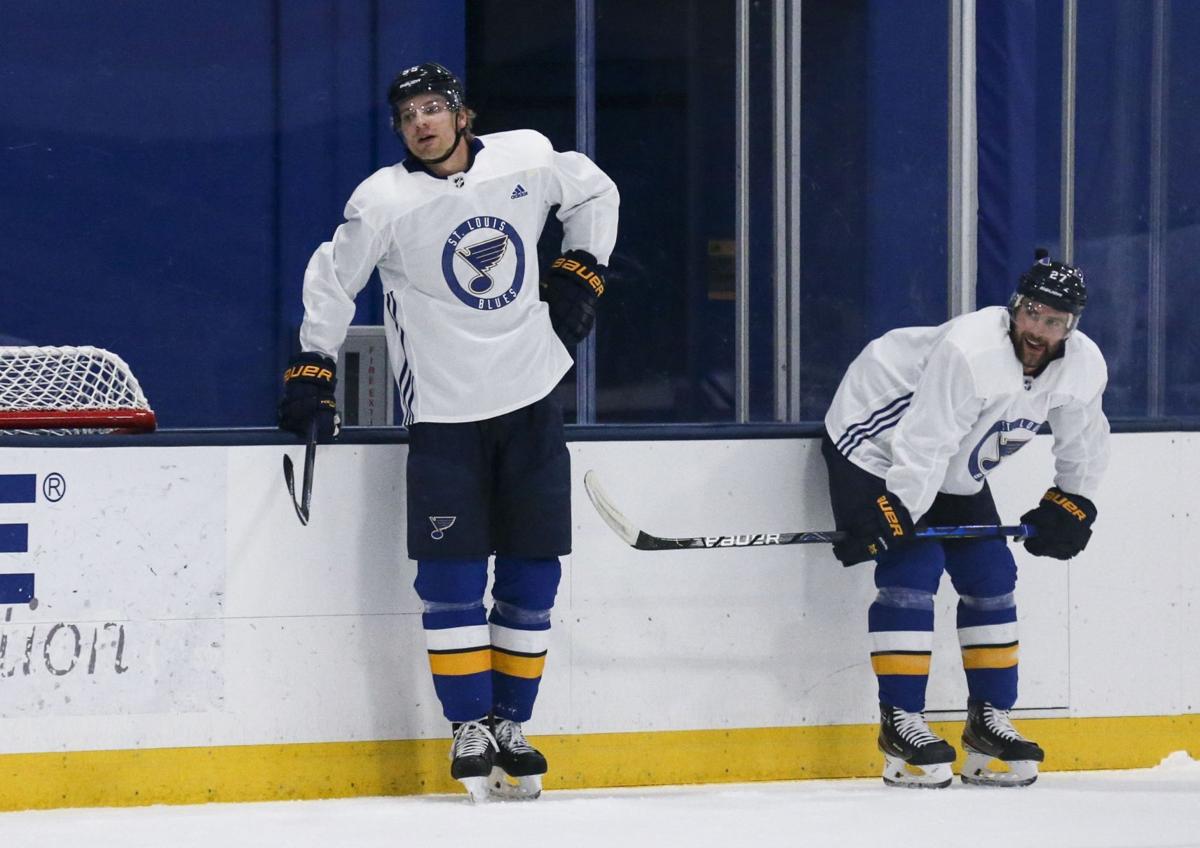 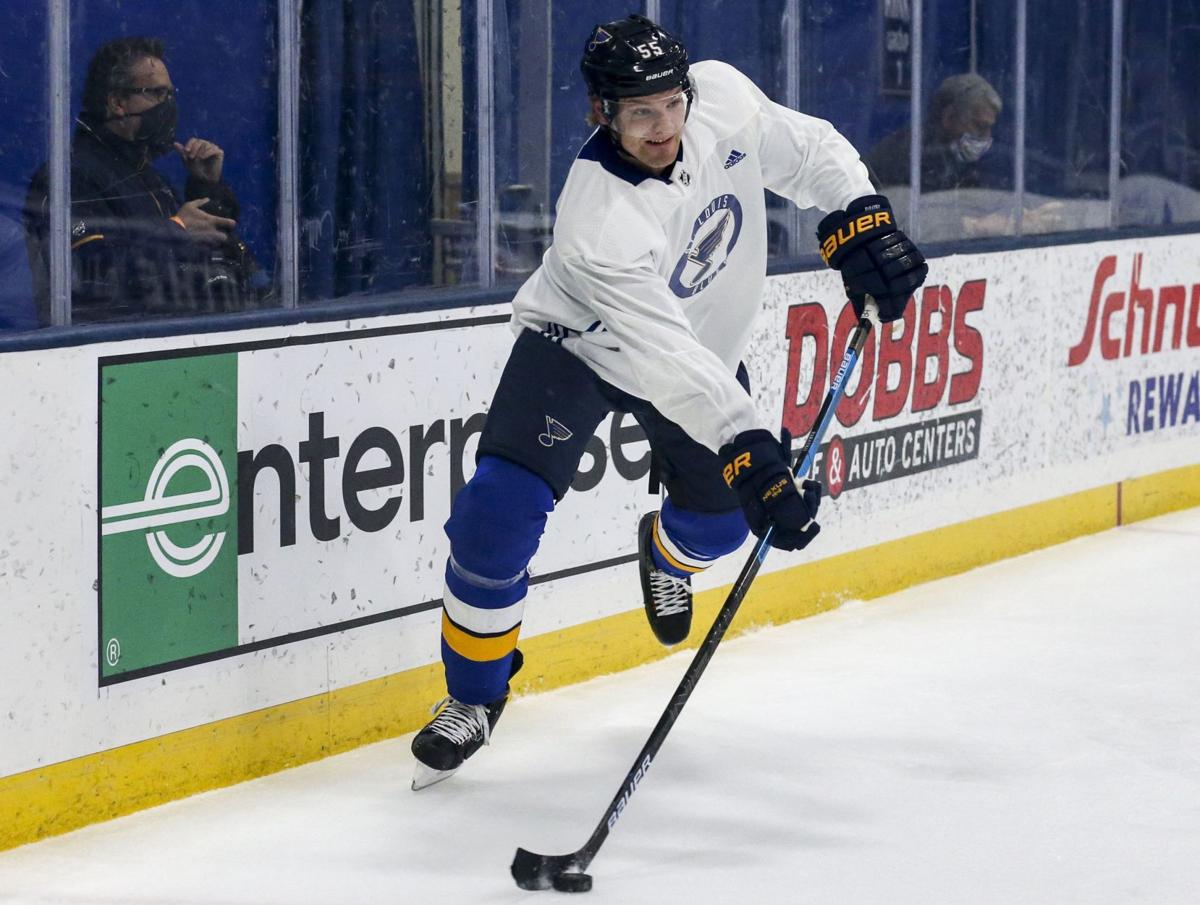 Defenseman Colton Parayko was back on the ice with the Blues on Tuesday after missing the first day of midseason camp, but Robert Bortuzzo has not yet returned.

Both are believed to have tested positive for COVID-19, though league rules prevent the Blues or the NHL from acknowledging that fact.

“It was good to see Colton back out there today,” Blues coach Craig Berube said. “We’ll get Bortz back here soon and then we’ll have everybody there, which is good. We need the defensemen. We’re a little short on D with these groups right now so we’ve had to double up a couple guys. They’ve done a great job. It’s not easy to do, but good guys and they’ve done a good job with that.”

The Blues have 10 defensemen on their postseason roster — the seven who were with the team in the regular season and then San Antonio callups Jake Walman, Derrick Pouliot and Niko Mikkola. (It will be 11 when Tyler Tucker joins the team later this week.) Walman and Pouliot have been skating with both of the practice groups so the team has sufficient numbers for drills.

Ivan Barbashev’s wife is due to give birth in mid-August, which would be around the time of the Blues’ first-round playoff series, and the precise timing might present him with a choice: stay in Edmonton with the team or leave the bubble to come back to St. Louis for the delivery. Players had until Monday to opt out of the playoffs. Barbashev didn’t.

“We didn’t even talk about the opt out. It’s actually really simple because I’m 24 and I’ve got a year ahead of me and I know after winning last year, I want to do it all over again. It’s just a feeling that stuck with me for a long time and it gets you more hungry for winning. We talked about it a little bit and I know it’s hard to understand, I know it’s really hard for her to see me going when the baby is due, but I promise her I’ll be back.”

Under the NHL’s return-to-play protocols, a player who has left the “bubble” with permission will upon his return be confined to his hotel room until he has four negative test results over a four-day period. So a departure by Barbashev would probably keep him out for about a week. But it could be two weeks if the trip is deemed to be to a “high-risk environment.”

For the first two days of camp, Barbashev has been centering a line with Klim Kostin and Austin Poganski, two call-ups from San Antonio, while his spot on the fourth line with Oskar Sundqvist and Alexander Steen is being filled by Mackenzie MacEachern.

That line with MacEachern would certainly be an option for a window when Barbashev was gone. Berube said don’t read too much into the current deployment and it was driven by practical reasons, namely that line needed a center.

“I want my centerman there,” he said. “We’re looking at different combinations of guys and things like that was part of the reasoning there too. We’ll move guys around. Don’t get set on what you’re seeing out there right now, it will change over time a little bit here and there. We’re just moving guys around.”

The Blues will play their one exhibition game on July 29 against Chicago. The game, played in Edmonton, will start at 5:30 Central time. The Blues have been designated the road team.

Berube kept his lines and pairings the same, with the exception of Parayko moving back into this spot. … The NHL will continue to roll out its top votegetters (or, “finalists”) for its awards on Tuesday, with the announcement for the Jack Adams Award for coach of the year and the Calder Trophy for rookie of the year. Berube, who came in third in voting for the Adams last season, will likely have gotten votes again this year but probably won’t be among the top three. The Blues don’t have any Calder candidates. … Since Tyler Tucker’s contract (which he signed in March) doesn’t kick in until next season, he won’t be eligible to play in the playoffs even though he’ll be in camp. Goalie Joel Hofer is eligible to play, and unless he were to appear in 10 games in the postseason, his contract will slide to next season and he won’t burn a year of it. If Hofer were to appear in 10 games this postseason, it would be one of the most incredible stories in NHL history.