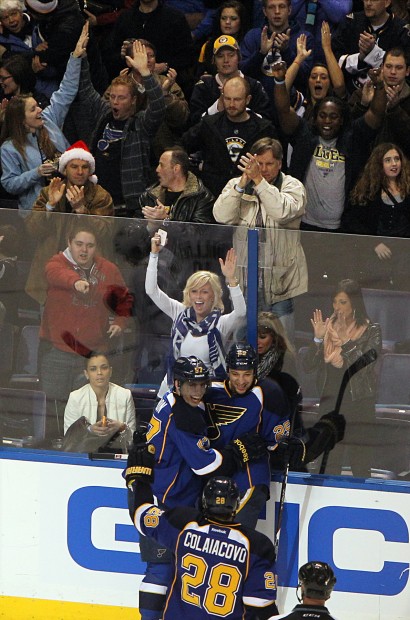 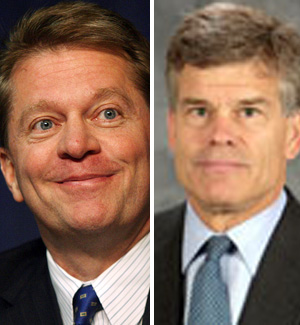 A group led by Blues minority owner Tom Stillman has signed a purchase agreement to buy the club, a source has told the Post-Dispatch.

The Blues and Stillman must now complete the sale and have it approved by the NHL, a process that could take several weeks. The league's Board of Governors will meet Jan. 28 in Ottawa during the all-star festivities, but it's expected that only an update on the Blues' situation would be discusssed, not a vote.

The price of the package, which includes the Blues, the team's top minor-league affiliate in Peoria, Ill., the Scottrade Center lease and significant interest in the Peabody Opera House, is expected to be approximately $130-135 million.

In December, the Blues were valued at $157 million, ranking 27th in the NHL, by Forbes.com.

The purchase agreement between Stillman and the Blues is an adaptation of the Hulsizer deal, which was signed in late October but after two months could not be closed because the NHL would not approve Hulsizer's financing structure.

While Blues chairman Dave Checketts and TowerBrook Capital Partners are listed as the sellers in the process, the league is guiding the transaction. Sources have indicated in recent months that if the club went much longer without the completion of a sale, bankruptcy was a strong possibility for the franchise.

The preference of Checketts was to sell the Blues to Hulsizer and remain with the team as an investor.

Checketts created a private fund and had raised $20 million to secure his portion of the agreement, which would have given his group a 30-percent stake in the Blues. Checketts also stood to make $1 million if Hulsizer closed the deal and $650,000 annually under terms of the contract.

Checketts will not be involved with the Blues either as a managing partner or investor under a potential Stillman ownership group. This week, it was announced that he has been named CEO of Legends Hospitality Management, a company owned by the New York Yankees, Dallas Cowboys and Goldman Sachs.

Checketts appears ready to move on, and the fact that he has signed a purchase agreement with Stillman's group suggests that he has either no control of the process or has decided not to hold up a sale to Stillman, despite a business relationship between the two that has been termed as "frosty" by many within the organization.

The Post-Dispatch reported several months ago that former Blues player Brett Hull has also inquired about joining Stillman's investment group. A source indicated recently that Hull is "still talking" with the group.

As Blues' fans learned with Hulsizer's purchase agreement failing to lead to a sale, the team is not to the finish line yet, but the agreement between the Blues and Stillman is a step closer to a possible resolution in a saga that has lasted nearly two years.
0 comments

Halak extends shutout string as the Note improves to 20-3-3 at home with 1-0 victory.

Pre-game safety is an issue

Injury to Oilers' Hall has some considering helmet mandate.