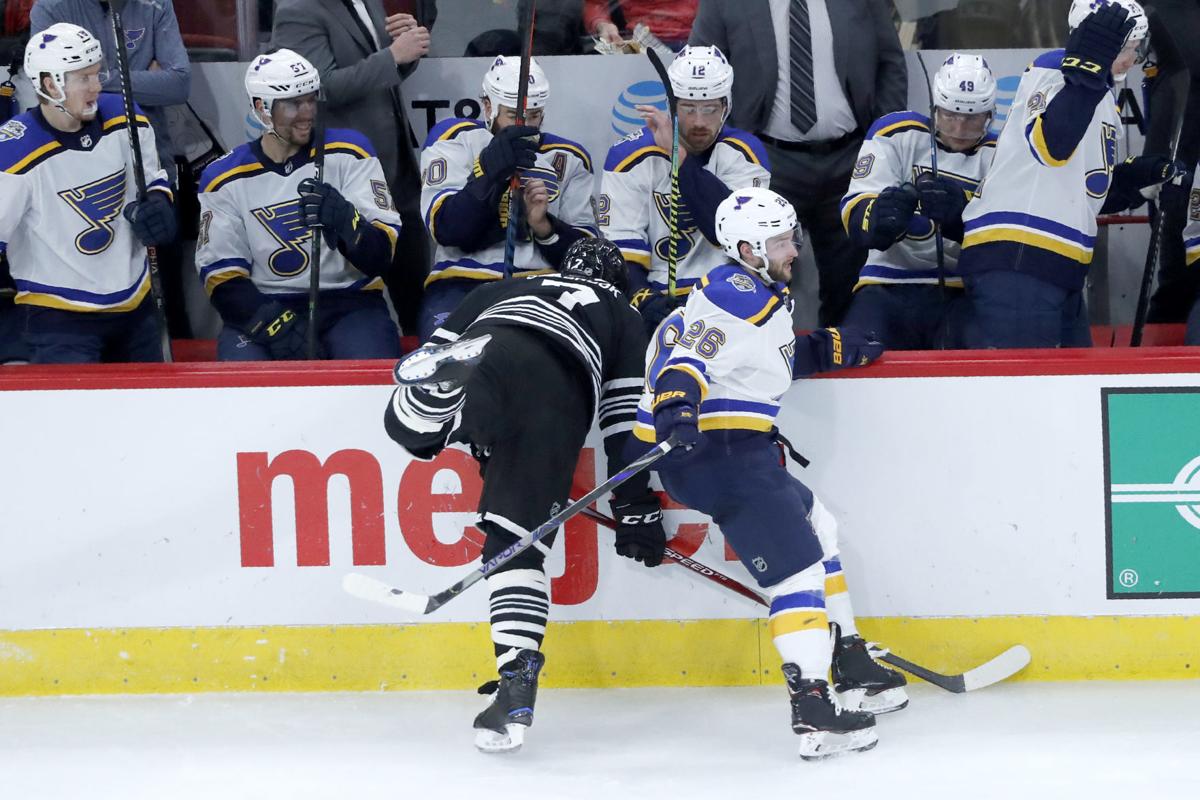 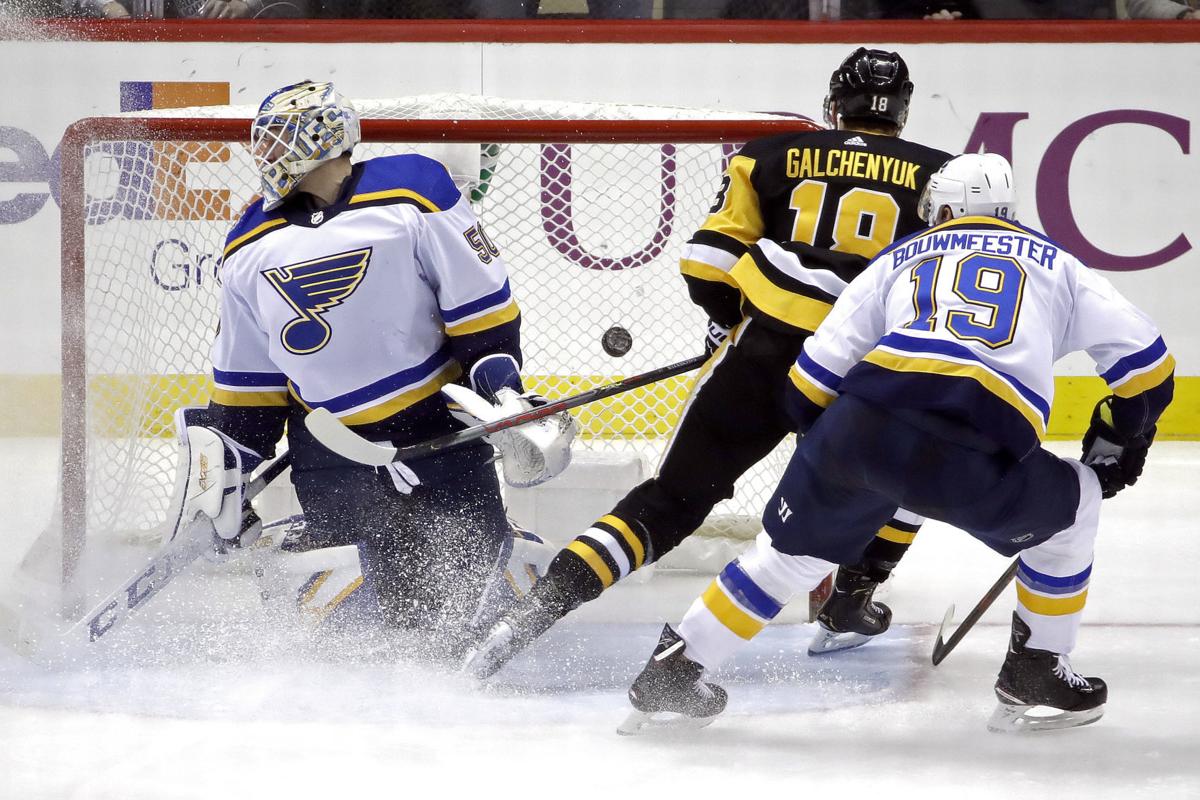 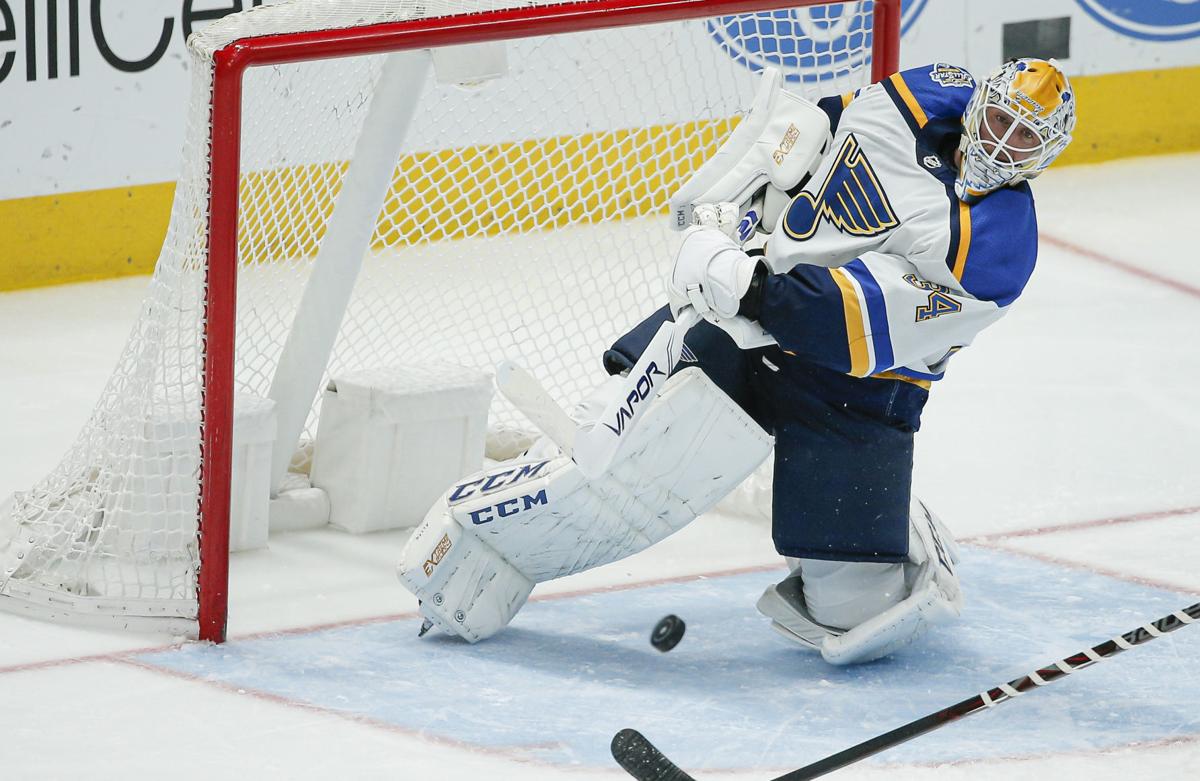 It somehow got lost in the shuffle but Blues coach Craig Berube uttered one of his classics the other day, just before the team left for its mini-trip to Chicago and Pittsburgh.

The subject was the team’s impressive success on the road. Berube talked about the Blues being comfortable on the road. How their heavy, grinding style is well-suited for the road. And that the prospect of playing in hostile buildings doesn’t bother them.

He summed it all up with this gem: “It’s like we’re not intimidated by nothing.”

We’re not intimidated by nothing.

OK, it’s not quite in the class of Pat Maroon’s — “You guys are (bleeped)” — from last season’s Stanley Cup run.

But it’s still the kind of stuff you put on a T-shirt.

Wednesday night’s loss in Pittsburgh notwithstanding, the Blues have become a formidable bunch on the road. You can’t win ‘em all, as the shutout setback at PPG Paints Arena showed. But the Blues are winning almost all of them.

“Everybody knows when you get on the road, you’re probably not necessarily getting the matchups that you always want,” captain Alex Pietrangelo said.

(Because the home team gets the last line change.)

“So you gotta simplify your game,” Pietrangelo said. “You almost have to play everybody in every situation. And when you have depth like we do, when you’re playing four lines for the most part throughout games, you can get some momentum.

“Everybody’s into the game and we can establish the game we want to play. And that’s how we have success.”

It started down the stretch of last season’s playoff run. Eight of the franchise-record 11 consecutive victories from Jan. 23 through Feb. 19 came on the road. In the playoffs, on the big stage, they went 10-3 on the road, tying the NHL record for most road wins in one postseason.

“Last year certainly helped the cause, I think, especially for the young guys,” Pietrangelo said. “When you play on that stage, not much will faze you after going through what we went through.”

There’s something to be said for going through pressurized situations, and succeeding, at the highest level of your profession. It breeds confidence. The Blues don’t scare easily on the road.

It helps that by all appearances, they’re a tight-knit bunch. And being on the road together, with nothing but hockey on the agenda, can tighten that bond.

“It’s fun when we’re on the road,” Vince Dunn said. “Everyone’s bonding. Everyone’s having fun. There’s never a hesitation when we have to go on long road trips or play against difficult teams. I think we all feel comfortable.

“For me personally, it’s nice hanging out in the hotel room and not having to do like cleaning in your house, things like that. It’s kinda nice to sit back and relax and just worry about hockey.”

So Dunn engages in household chores?

“I have to clean up after Blaiser,” Dunn said. “He’s pretty messy sometimes.”

Sammy Blais is Dunn’s roommate. Not sure if Dunn was kidding about Blais’ tidiness, or lack thereof.

In any event, the Blues hang out together on the road. It’s even more pronounced during the playoffs when players tend to hibernate in their hotel room, playing cards. During the regular season, they get out more.

Dunn says it’s routine on the road for the team to gather for lunch or dinner as a group.

“Everyone’s always invited,” Dunn said. “It’s never like groups and stuff. Obviously guys have like their pregame rituals, so dinners are kind of left alone (on game day) and kind of left to everybody to decide on their own.

“But we usually try to get together as a team, especially on off days. Just a lunch spot, just kinda hang out and talk about life. Not really thinking about hockey. Just kinda relax and take your mind off the game a little bit.”

On the occasions when players are going off in small groups, there doesn’t appear to be cliques. There might be four or five players together who you’d never think would be part of the same group.

Pietrangelo says that’s been part of the team culture for years. It seems especially pronounced now.

“This group really cares about each other,” he said. “We like each other, and when it translates onto the ice like it is now in the locker room, it’s fun to watch.”

Pietrangelo and other team leaders try to reach out to different players and make sure they’re incorporated into the group, especially newer players or younger players.

“I guess try and find some common ground with these young guys,” Pietrangelo said. “I always laugh about that.

“Walking into our locker room being a new guy, you can see how close everybody is. It’s obviously not easy because you don’t have the same relationships. So it’s important for me to reach out to those guys and make sure that they feel comfortable. Because when you do it’s fun coming to the rink every day.”

But at the end of the day, no matter how close you are, it helps if you can play the game. One of the reasons why the Blues play so well on the road is simply they’re a good team.

Strong goaltending, one of the league’s best defensive corps, and depth up front all travel well. Combine that with mental toughness, a strong work ethic and a feistiness that emanate from the coach, and as Berube says: You’re not going to be intimidated by nothing.

Berube gets MAC personality of the year award, B5

After his slashing antics, Rangers' Trouba absorbs punches from Blues' Dunn and a $5K fine from NHL

Closing minutes of Saturday's game featured chippy play, the Dunn-Trouba confrontation and a staredown between the teams.

As another NHL coach gets fired, Berube moves up the list

Brayden Schenn has been an All-Star, won a Stanley Cup and signed a big contract extension since lopsided trade brought him here from Philly.

Blues notebook: End of Rangers game was only the start of fireworks

As soon as the final whistle blew on Saturday night, Blues defenseman Vince Dunn and Rangers defenseman Jacob Trouba were slugging it out.

With Wayne Gretzky and Nelly in the sold-out house, and the goals coming fast and furious, Saturday night hockey in St. Louis was an event.

Blues surge to ninth home victory in a row

'Too cute at home' last year according to Berube, the Blues stay locked in again Monday night with a solid 4-1 win over the lowly Ducks.

Yeo making his return to St. Louis with Flyers

Also: Berube says again that Parayko could play before the All-Star break if he is healthy and that the team isn't simply resting him.