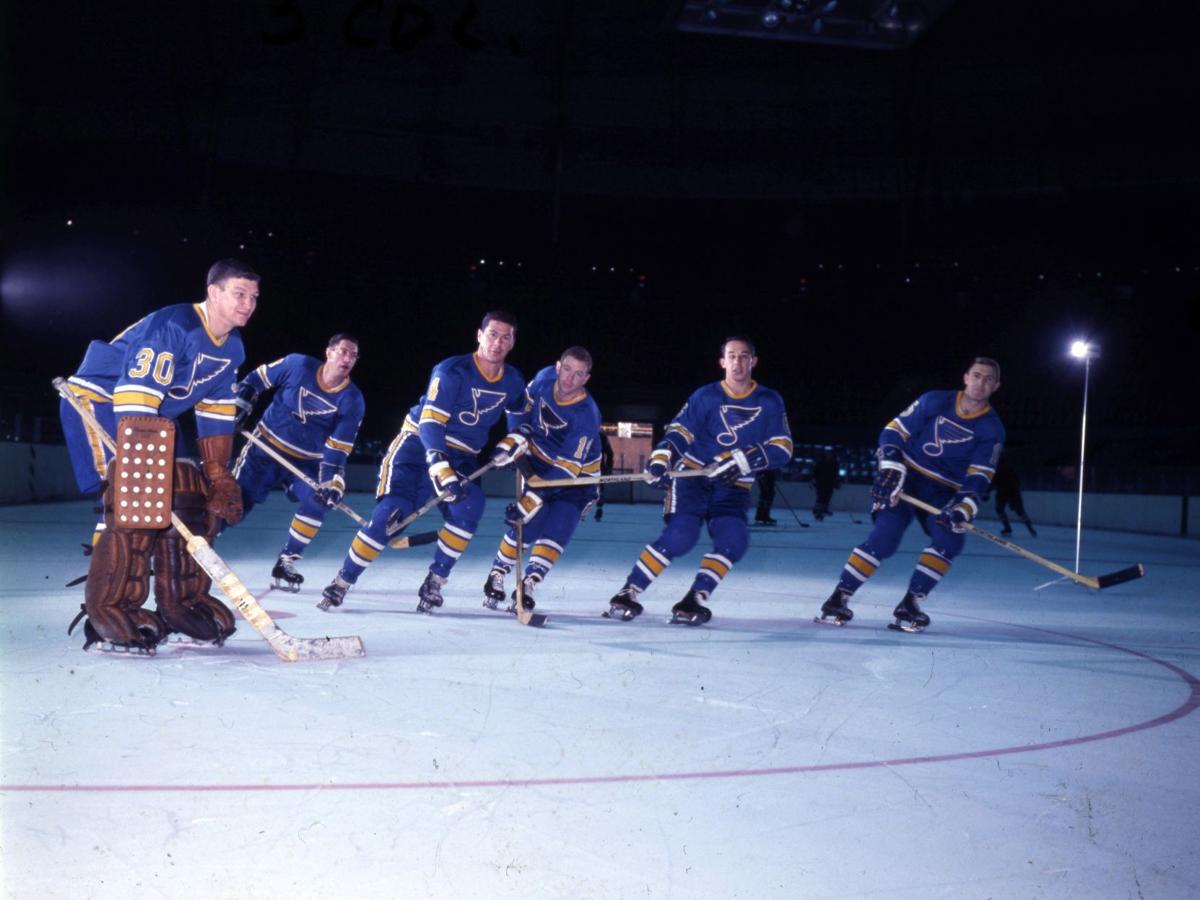 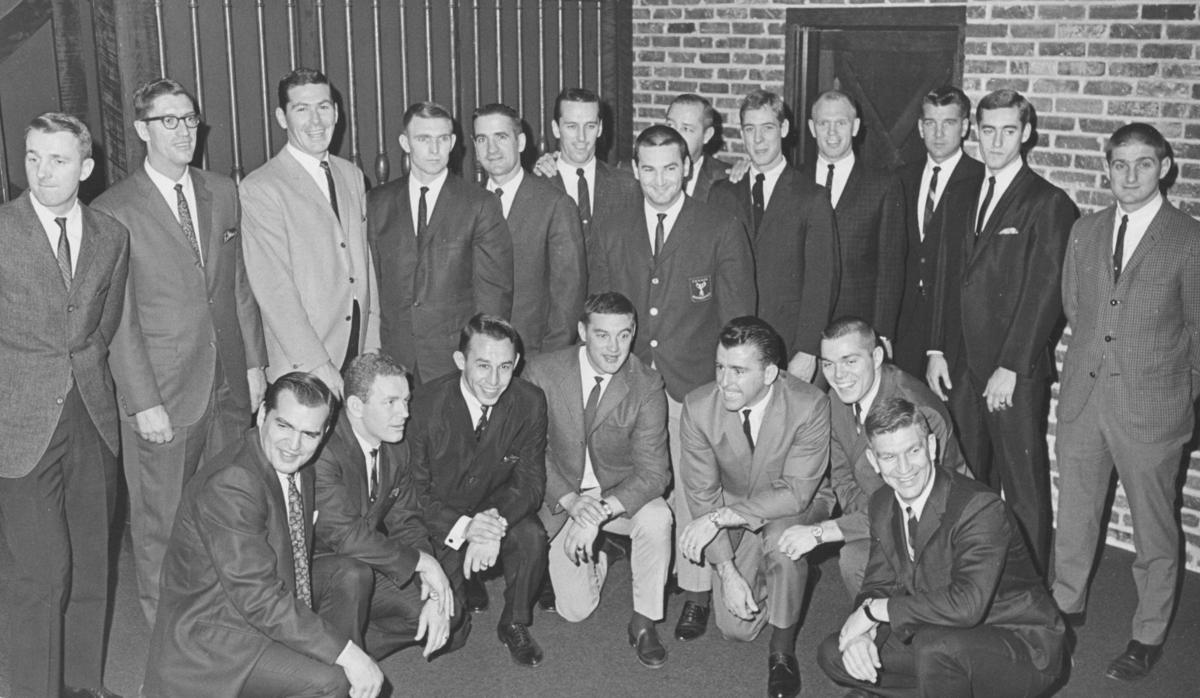 (Third in a series of "Where are they now?" stories on former St. Louis Blues players.)

The man everyone, including himself, calls “Crispy,” wanted a life in hockey and boy did he get that. Since he left home at 16 to play junior hockey to now, fast approaching 77 and doing studio work for Predators television broadcasts, Terry Crisp is a hockey lifer.

“I’ve been blessed,” he said. “Maybe not my wife (Sheila), who I’ve dragged pillar to post, but it’s all I’ve ever known. I tell people I’ve never been in the real world. I left home in Parry Sound (Ontario) to play Junior B hockey down south and never went home.”

Crisp played five seasons with the Blues, serving as a defensive forward and penalty killer under coaches Lynn Patrick and Scotty Bowman during the franchise’s infancy. He had 38 goals and 64 assists in 285 games and played on the three teams that went to the Stanley Cup Final, the pinnacle of the team’s accomplishments until last season. He had a career-high 13 goals in 1971-72, his final season with the Blues.

From there, he went to the Islanders then the Flyers, with whom he won Stanley Cups in 1974 and ’75. He retired to become a coach, spending two years as an NHL assistant and then eight seasons in juniors and the AHL before getting his first NHL head coaching job. That came with Calgary, where he won the Stanley Cup in 1988-89. (He’s one of 14 people to have won the Cup as a player and a coach.) Eventually fired from there, he was hired by Tampa Bay and coached five-plus seasons with the Lightning, at the time the longest run for the coach of an expansion team.

His termination there led to what has been a long run in the broadcast booth, one that he envisioned as being a very short run. Namely, one game.

“Coaching was gone,” Crisp said. “When I got let go in Tampa, I worked a lot with TSN (in Canada), then Fox in Los Angeles on weekends. I enjoyed that, but I’d fly out Thursday, fly back on Monday. I was in a bubble by myself. Then Gerry Helper, who was with me in Tampa, was putting together the Predators’ broadcasts. He had a radio crew in place and needed someone to do color on TV. He asked me to do one game. ‘You owe me.’

“I did my first game and went home and I guess my wife was tired of me hanging around the house. They said, ‘We’ll fly you and your wife in, just to do TV games only.’ It was fun. I did that their first year of operation and afterwards I said, ‘We’re done, thank you.’ And they said, ‘We’d like to you to sign a three-year contract,’ and I moved to Nashville. I came to do one game and stayed 21 years. It’s been a long trip and it’s been a good one.”

Much of what people in Nashville know about hockey they learned from Crisp.

Crisp — currently hunkered down in Nashville where he’s learned to use Zoom so he can talk to his 10 grandkids up in Canada — and longtime partner Pete Weber started doing radio and television simulcasts then moved exclusively to television. Five years ago, Crisp was moved behind a desk for pre and postgame shows, meaning, among other things, he doesn’t have to travel with the team.

“The old fella gets to stay at home,” Crisp said. “It’s been great. After a while you’ve been at it that long, I miss not the travel, but the camaraderie. But you see the changes coming, younger folk coming in, they know high-tech stuff. It’s an evolution. You know it’s coming. I’ve got to say, when they (changed my duties) here, they were good to me when they did it. I have no beef.”

Crisp knows about being a young guy trying to break into an established world. When he was in the minors in the Boston organization, he saw the difficulty players had in breaking through the old-boys’ network and into the NHL.

“When there were only six teams, unless you were an elite player, you were mired in the minors,” Crisp said. “They shut you out, froze you out.”

When the NHL expanded in 1967-68, it doubled the number of jobs available in the league and he found a special experience in St. Louis.

The NHL placed the six expansion teams in the West Division, with the established clubs in the East. The winners of each divisional playoffs met in the Stanley Cup Final.

“We went to the Stanley Cup Final three straight years. Never won a game, but we were happy being there,” Crisp said. “One year . . . the Canadiens, they swept us, but every game was a one-goal and two went to overtime. We didn’t disgrace ourselves. We thought we’d done a pretty good job of representing the West.”

And what times those were, to be a young hockey player in St. Louis back then.

“They were swashbuckling times,” he said. “When I first went to St. Louis, The Arena was beautiful. It was so clean you could eat off the floor. The Salomons kept it that way. They had a five-star restaurant, fans came to the games in tuxedos and jewelry. You thought they were going to the ballet. And they loved hockey. The Salomons respected the fact that if you want to be successful, they had to keep the players happy. They bought the Golden Strand Motel in Miami and renovated it. They invited all the players and their families there, at their expense, first for one week, then two weeks. Nobody did that back then, then the NHL abolished it.”

And when the Blues won the Stanley Cup a year ago, Crisp, 47 years removed from wearing the jersey and now one of the longest-term employees of one of their fiercest rivals, celebrated the team’s first title.

“Once we were knocked out,” Crisp said, “I said, ‘could this be the year?’ People call it a miracle but I call it damn hard work and damn good coaching. That team came together. It was not a miracle. I tipped a glass of wine when they won. This is well deserved, well earned, and I hope a lot of the ghosts who started the team and kept the team going celebrated along with them.”

The veteran defenseman, known for his physical play, became a fan favorite in his brief time with the Blues.

After a decade in the NHL, 'Saturday Night Eddie' was even better in the Canadian army

Thomas and Timmermann on the Blues: Where are they now?