On Nov. 22, 1967, the expansion St. Louis Blues were in last place. They turned to rookie coach Scotty Bowman, who would lead them to the Stanley Cup Final three years in a row and become the winningest coach in NHL history. Here is our original coverage.

The change in command, after 16 games in the Blues' rookie season in the National Hockey League, came just a few hours before tonight's 8 o'clock game here with the Montreal Canadiens, the club with which Bowman bad been identified until last year.

Bowman, 34 year old, was playing for the Canadiens' Montreal juniors, their top amateur team, when he suffered a head injury in 1952. The mishap ended his playing career, but he then became a winning coach in the Montreal system.

Patrick, 55, said the decision to step down was influenced by the demanding duties of his position as general manager.

"We hired Scotty with the idea that he would become coach, if not this year, the next year," Patrick said.

"I now will have more time  to keep in touch with our young players on our Kansas City team. Keep up with scouting reports and, in general, build a successful hockey system."

Bowman, who had been Patrick's assistant in both positions, coached the Canadiens' Hull-Ottawa juniors to the Memorial Cup championship in 1954 and later was named as coach of the year for his success with the Teterboro juniors.

The Montreal-born bachelor moved to the Canadiens front office as chief Eastern scout in 1961 and became director of their amateur program in 1962. Bowman takes over an expansion team that trails the rest of the NHL's West Division. The Blues have won four games, lost 11 and tied two.

"As far as I'm concerned, 'every member of this team is 'how playing for his job," Bowman said.

"Anyone who fails to do the job is going to quickly find himself in the minors."

The 25 greatest players who have worn the Blue Note

Gordo grades the St. Louis Blues at the break: The forwards

Hats on: New NHL rule will eliminate the 'old school' tradition of going helmetless during warmups

About a half-dozen Blues go helmetless during warmups, but new mandate prohibits those entering league after 2019-20 to do so. 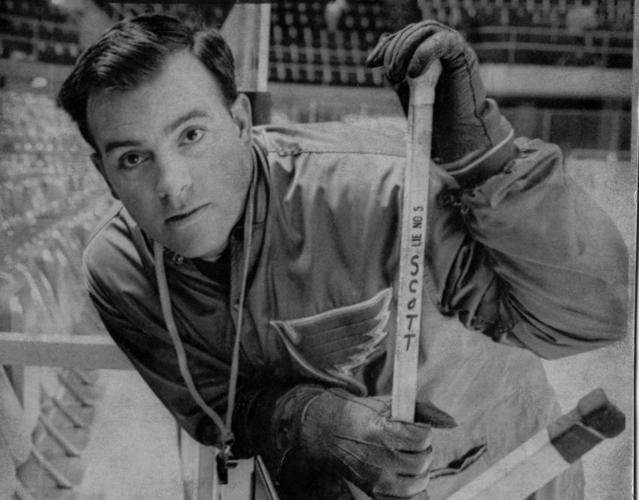 Scotty Bowman in 1968, on the way to leading the Blues to their second consecutive Stanley Cup final. 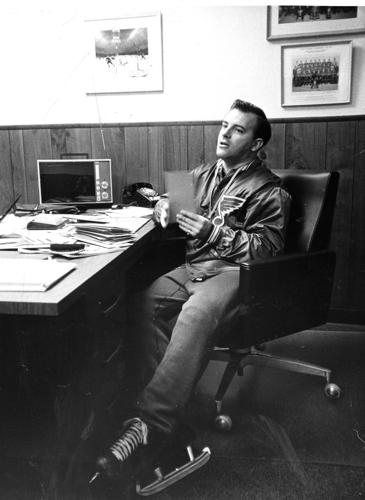 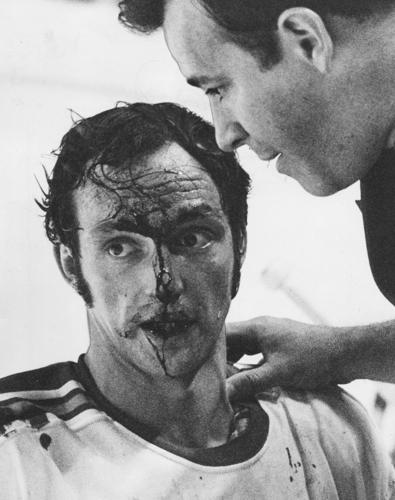 Chris Bordeleau, bleeding from a cut after being punched by Minnesota's Barry Gibbs, is consoled by Blues coach Scotty Bowman on April 8, 1971.  Photo by Fred Sweets, St. Louis Post-Dispatch