Will Seattle take a 'Krak' at Tarasenko?
0 comments
Share this
{{featured_button_text}}
1 of 3 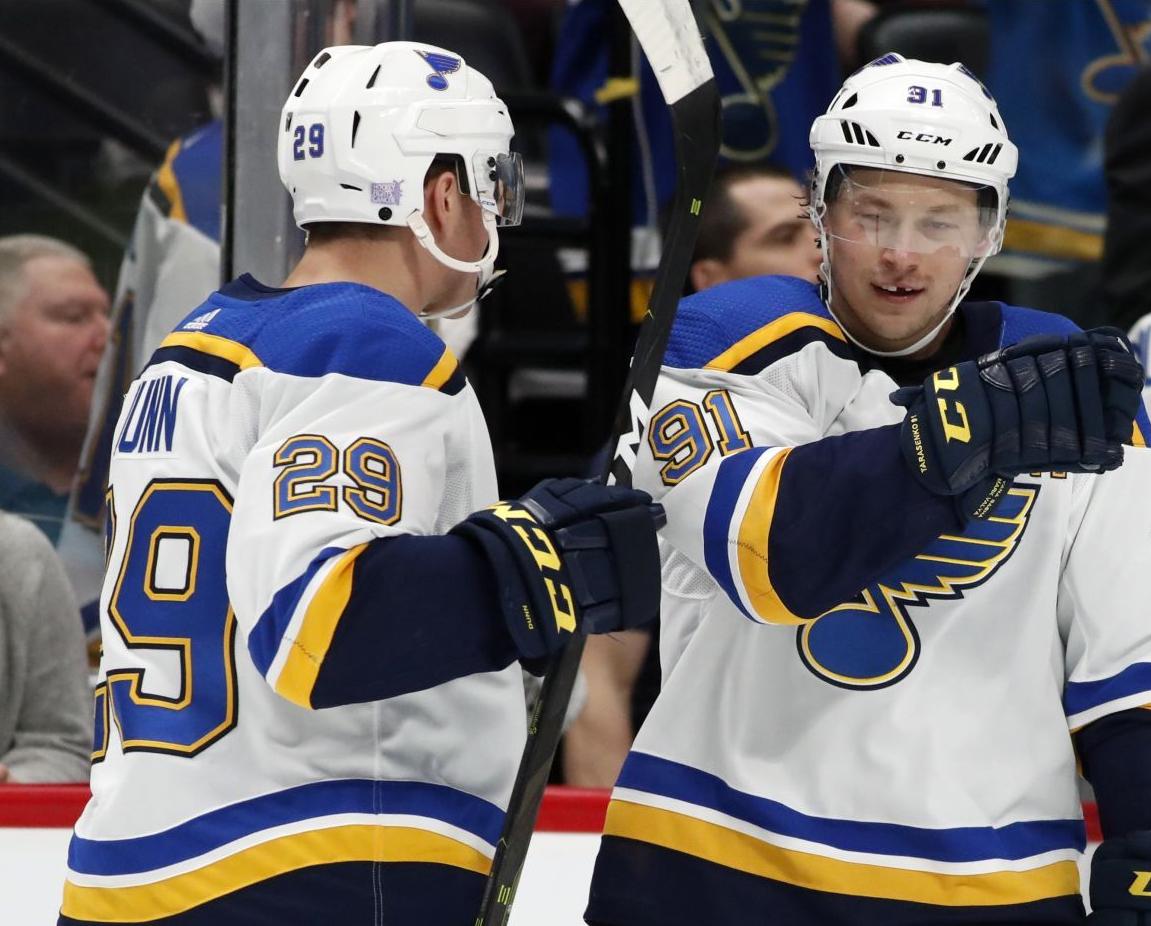 Defenseman Vince Dunn is only 24 and would bring plenty of upside to the Seattle expansion franchise.

Just because Vladimir Tarasenko was left unprotected by the Blues, doesn’t mean Seattle will select him in Wednesday’s NHL expansion draft.

He could end up back with the Blues on Thursday after three days in limbo. If that’s the case, the Blues still should have options when it comes to trading the disgruntled forward.

League sources told the Post-Dispatch on Sunday that Blues general manager Doug Armstrong received multiple offers for Tarasenko before Saturday afternoon’s trade deadline — trade offers that would have taken on the full remaining salary-cap hit of Tarasenko’s contract, which is $7.5 million this coming season as well as in the final year of his contract (2022-23).

Should Seattle opt not to take Tarasenko, the sources say the trade offers still should be on the table after the expansion draft.

Obviously, the trade offers were not enticing enough for Armstrong to sign off on a deal before Saturday, when the Blues had to turn in their list of protected players. He might feel otherwise by Thursday if Seattle takes a pass on a player who’s had three shoulder injuries over the last three years and three months.

On Sunday morning, the NHL announced the protected lists for all 30 NHL teams in the expansion draft — Vegas is exempt. There were no surprises as far as the Blues were concerned. They went with the 7-3-1 formula, protecting seven forwards, three defensemen and one goaltender:

As a result, some familiar names from the Blues’ roster were left unprotected and are there for the taking by the Kraken:

The decision to expose Tarasenko meant that the Blues could protect Barbashev, a versatile player who skates well, kills penalties, plays physically and can score 10 or more goals a season.

Among the group of unprotected players, Bozak, Hoffman and Schwartz are unrestricted free agents.

The only way Seattle claims any of them is if the team can sign one to a contract by Wednesday morning. Otherwise the players hit the market again when the league-wide free agency period begins July 28. Each team can not lose more than one player to the Kraken.

A three-day window for Seattle to negotiate exclusively with free agents began at 9 a.m. (St. Louis time) on Sunday and concludes at 9 a.m. Wednesday.

Sanford and Dunn are restricted free agents, so Seattle retains their rights simply by claiming one of them.

When all is said and done, it seems likely that Seattle has three ways it can go when it comes to adding one Blues player in the expansion draft. Claim Tarasenko. Claim Dunn. Or sign Schwartz to a contract between now and Wednesday.

Granted, taking Scandella isn’t unthinkable. He’s 31 and has three years left on his deal at a modest $3.275 million per year. But Dunn is only 24, brings an offensive element that Scandella lacks and has plenty of upside.

So it’s probably a Tarasenko vs. Dunn argument for the Kraken. If Seattle takes Tarasenko, the Blues’ retain Dunn and get $7.5 million in cap relief from Tarasenko’s contract. Among other things, they’d like to use that money on Colorado free agent Gabriel Landeskog if he’s still on the market on July 28. They are expected to make a hard push for the Avalanche captain if that’s the case.

If Seattle selects Dunn, the Blues retain Tarasenko, and as the sources indicated, still should have trade offers to consider Thursday.

Tarasenko recently spent time getting his shoulder re-examined at the Steadman Clinic in Vail, Colorado, with the thought that any potential trade partners would know that his shoulder is considered fully healthy. Currently, Tarasenko is in Florida training for the upcoming season. Wherever that will be.

There’s no reason for the Kraken to select anyone in this group given the other options. In the case of de la Rose and Lindbohm, both are playing in Europe.

Surprises around NHLThere were surprises in terms of the protected lists sent in by other teams. None was bigger than Stanley Cup runner-up Montreal leaving star Carey Price unprotected. Seattle would be on the hook for a huge cap hit if they selected 33-year-old goalie — $10.5 million a year over the final five years of his contract. Additionally, DailyFaceoff.com reported Sunday that Price has a hip injury that could require surgery.

Among the group of unprotected players from two-time defending Cup champion Tampa Bay, the Kraken can pick from forwards Yanni Gourde, Tyler Johnson, Alex Killorn and Ondrej Palat. All have had at least one 20-goal season, with Johnson hitting 29 twice. Former Blues playoff hero Pat Maroon also was left unprotected by the Lightning.

And the 2019 Norris Trophy winner as the NHL’s top defenseman, Mark Giordano of Calgary was left unprotected at age 37.

Beyond Price there is a wide range of goalies left unprotected, including St. Louisan Ben Bishop of Dallas, Jonathan Quick of Los Angeles, Martin Jones of San Jose, Braden Holtby of Vancouver and Kaapo Kahkonen of Minnesota.

Adding to Seattle’s potential player pool are dozens of unrestricted and restricted free agents left unprotected, who the Kraken can attempt to sign until Wednesday morning.

BenFred: Tarasenko's ugly exit will be sour ending to Blues career that could have been legendary

Kraken could have choice of Tarasenko or Dunn in expansion draft

Nothing's official until Sunday, but indications Saturday were that both Tarasenko and Dunn were left unprotected.

Defenseman Vince Dunn is only 24 and would bring plenty of upside to the Seattle expansion franchise.