Best of St. Louis: Wentzville PE teacher is a natural for pitching horseshoes
0 comments
Share this
{{featured_button_text}}
1 of 4 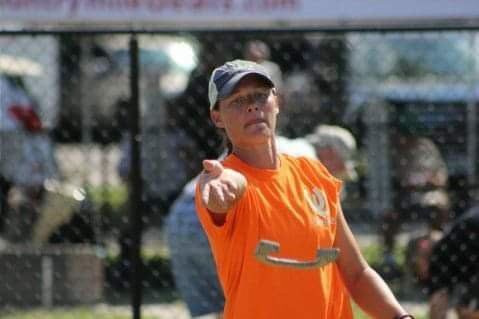 Melanie Zerr of Wentzville pitches a horseshoe at the 2018 Missouri tournament in Jefferson City on Labor Day weekend. Photo by Laura Johnson 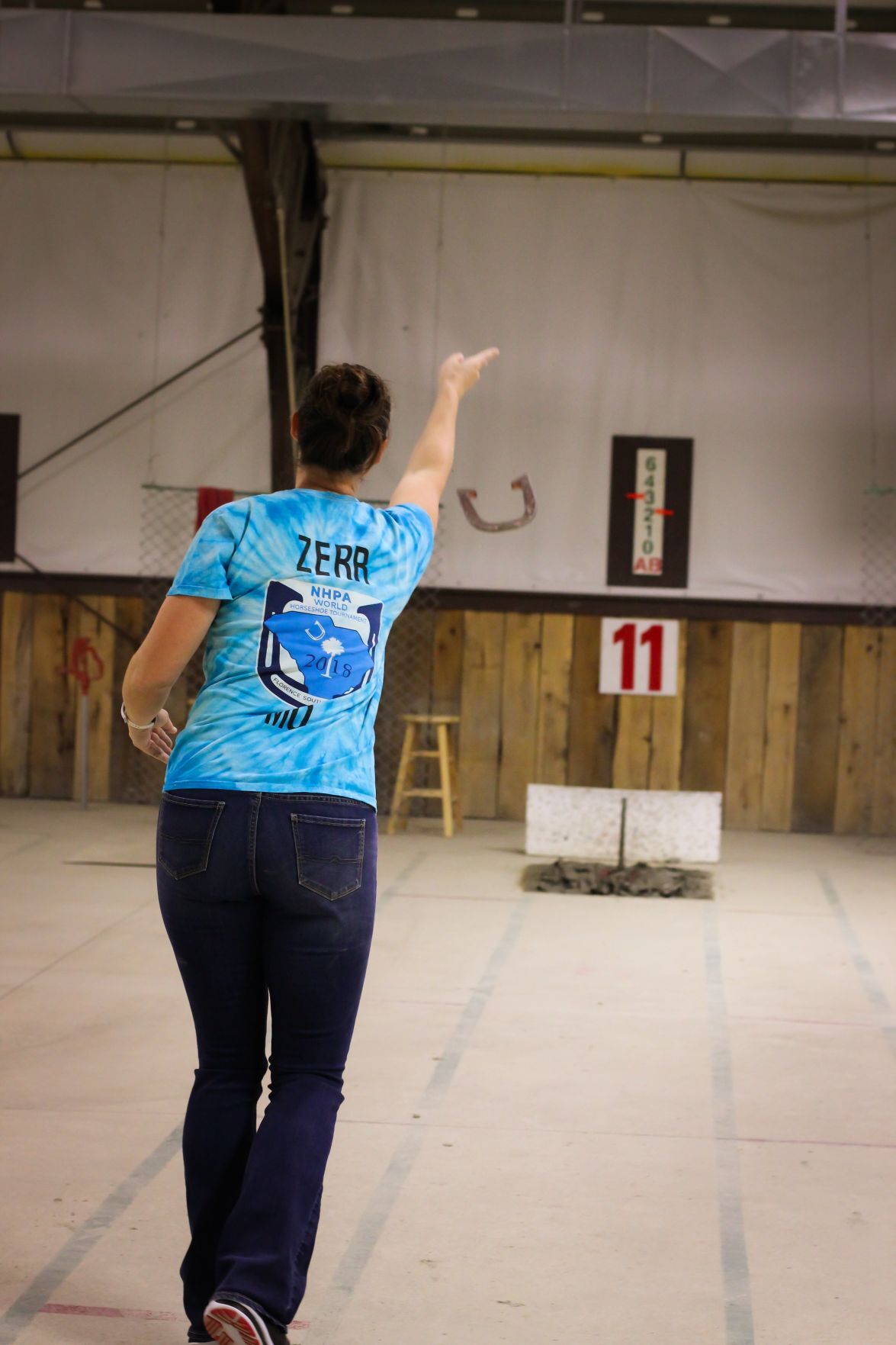 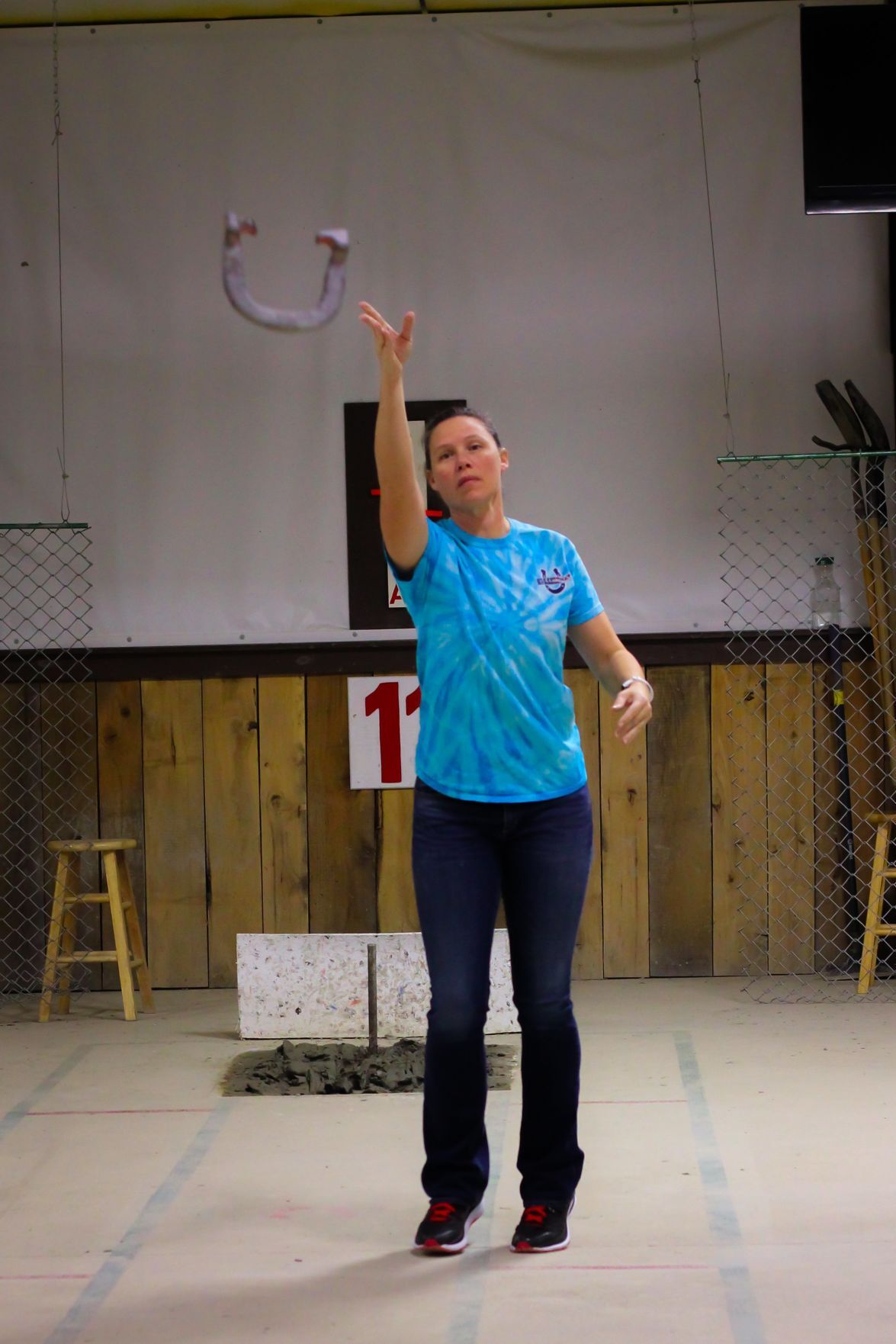 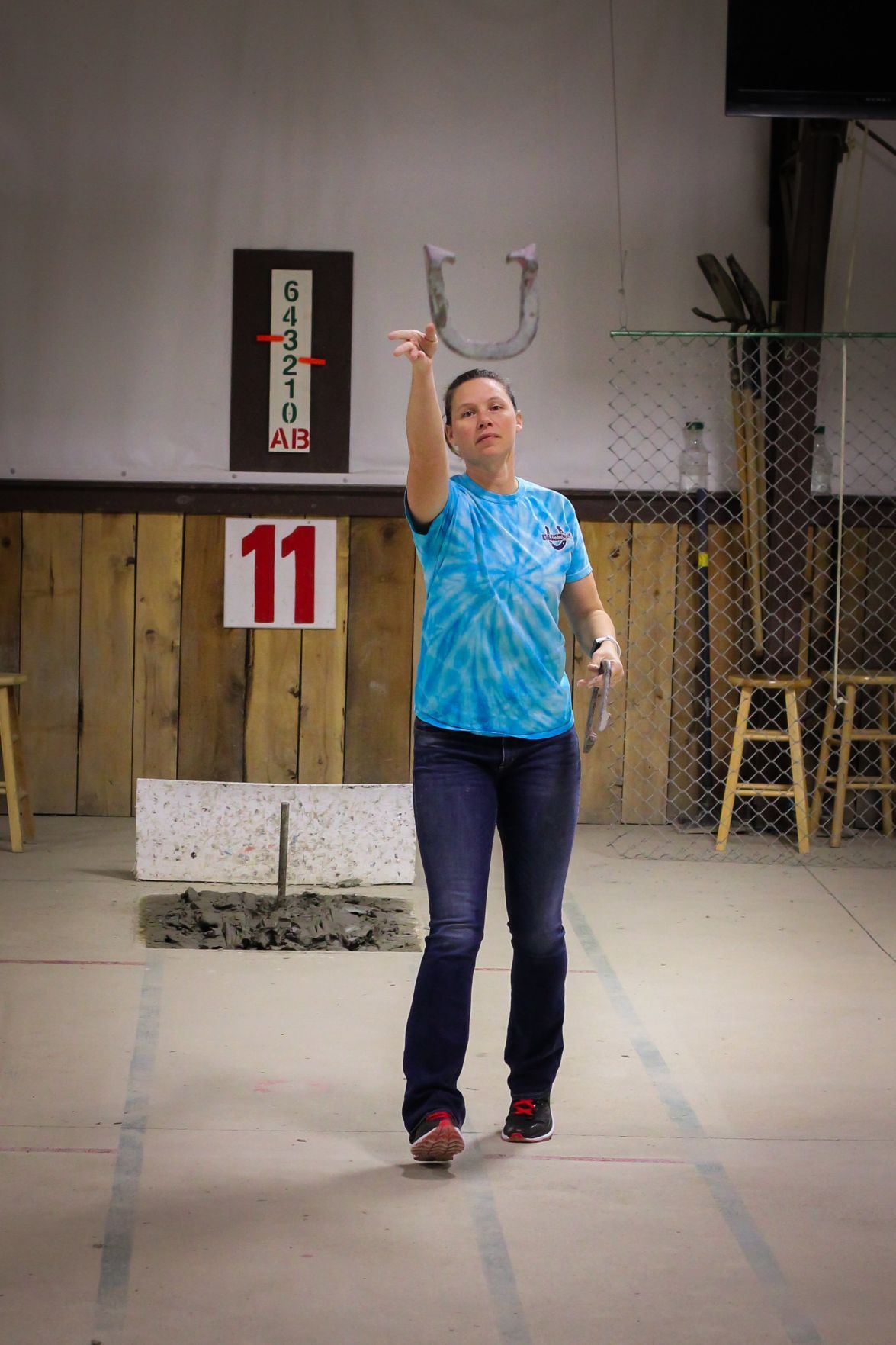 (Part of the “Best of St. Louis” series, featuring the region’s top performers in Olympic and recreational sports.)

Rich Altis of Ballwin is a veritable horseshoe whisperer. The 82-year-old Missouri Horseshoe Hall of Famer and savant of the game who knows everything there is to know about pitching horseshoes. Pitchers young and old seek him out when they have questions and concerns or just need guidance about their game.

After a few times seeing Melanie Zerr pitching horseshoes, he knew she was something special.

“I went up to her and told her she was going to be state champion one day,” he said.

His assessment was, it turned out, a ringer. Zerr, 40, of Wentzville, won the Missouri women’s championship in 2019 (COVID-19 wiped out the 2020 tournament, keeping her from defending her title), capping her rise to the top. Her ringer percentage of 77.04 is 12th best in the nation among women and would be seventh best among men, though Zerr is quick to tell you that doesn’t mean anything because women throw from 30 feet and men throw from 40 feet in competition and she’s adamant her percentage should be better from closer in. She’s finished in the top 12 at the world championships (which is essentially Americans and Canadians) twice.

So while Zerr (pronounced Zair) has been on a horse once in her life, she’s sits tall in the saddle when it comes to their shoes. And while there was a large part of her life that had nothing to do with horseshoes, now when the world allows, she’s spending her weekends driving to tournaments.

Zerr’s day job — no one makes a living off horseshoe pitching — is as a PE teacher at Timberland High in Wentzville. (She used to be the girls basketball coach at Francis Howell High.) Her rise to the top has been swift. She’s only been pitching competitively for five years. Before that, she would pick up the horseshoes once a year, when her husband Andy took part in the annual Knights of Columbus tournament. “I went up to watch my husband and said, ‘That looks easy,’ and started doing that,” she said.

Conveniently and fortuitously for Zerr, the National Horseshoe Pitchers Hall of Fame and Museum is in Wentzville, at the Quail Ridge Horseshoe Club.

“When I walked in the doors at Quail Ridge, they said, ‘Oh, you’re pretty good,’” she said. “I used to be a softball pitcher when I was younger. It’s a lot of slow-pitch. Just step and throw. That’s what I tell people. Don’t think about it. Focus on the peg and keep it nice and smooth. There are so many little things people try to tell you make you better and that gets stuck in your head. It’s like golf. There’s a lot of down time, thinking in your head time. It’s a completely mental game.”

During the pandemic, when places like Quail Ridge have closed — the horseshoe pitching population skews older — an unexpected aspect of the game has grown: Online horseshoe pitching. Pitchers will set up a camera in the pit near the peg (in Zerr’s case on the court in her backyard), walk down to the other end, and pitch with the camera rolling the whole time. After each end, they’ll report their score on camera, and then go back and do it again. The video sessions and scores are posted online and winners are determined. And, it turns out, Zerr thinks she has won more money pitching online than she has pitching in person. (Though the real money is in cornhole, not horseshoes, she said.)

If you are wondering how many people would watch horseshoe pitching online, Zerr says she’s had some get a couple hundred, which is more than watch matches at tournaments, so she has found pitching online to be more nerve-racking than pitching in person. And, this being the internet, people watching online can leave comments. While some are watching to look to improve their form by observing one of the sport’s best, even an accomplished pitcher like Zerr gets people suggesting improvements to her toss. “I ignore it,” she said.

Even Altis, who usually preaches pitchers throwing a turn (with a horizontal rotation) rather than a flip (with a vertical rotation), wouldn’t think of suggesting Zerr abandoning her flip.

“Not for her,” he said. “At 40 feet, a flip goes through the air a lot faster and hits the peg hard. A flip is always wide open and tends to hit the peg and bounce straight back because the open part is pointing toward the peg. A turning shoe wants to spin and stay around the peg. One leg will hit and fall back down. She throws very soft, an easy throw and 30-footers don’t lose many ringers because of the shorter distance. I never try to encourage anybody to change if they’re doing well with the flip.”

The PE teacher in Zerr tells her that interscholastic horseshoe throwing would be a good thing. It’s not a sanctioned sport anywhere, though Utah does have a program for high school-aged kids. Zerr thinks it would open the doors for high school athletics to a new class of kids and she’s working on getting some pits installed at Timberland.

“I think it would have a lot of potential,” she said. “It’s something you can do in the backyard and it has a good competitive aspect, like high school bowling or shooting teams. Horseshoes could be a thing to get people involved, with a different type of person who’s still an athlete. The mental focus is so huge. Like any sport, it’s going on in your head and if you’re not confident, it’s not going to work. It does take some endurance. It’s tough.”

Horseshoes, it turns out, are about more than just good luck.

Meet some of the St. Louis area's best athletes

"In terms of increase in audience, we probably dwarfed every other sport," founder Rex Sinquefield says on "Real Sports With Bryant Gumbel."

Weekend sports on the air

"In terms of increase in audience, we probably dwarfed every other sport," founder Rex Sinquefield says on "Real Sports With Bryant Gumbel."

Also, Steelers say they want Roethlisberger back for 18th season as their QB.

Melanie Zerr of Wentzville pitches a horseshoe at the 2018 Missouri tournament in Jefferson City on Labor Day weekend. Photo by Laura Johnson