From St. Charles to U.S. ski team: Ainsley Proffit's unlikely quest to be queen of the hill
0 comments
Share this
{{featured_button_text}}
1 of 5 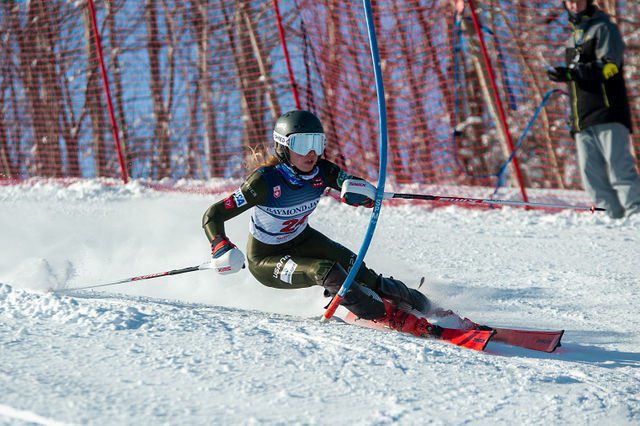 Ainsley Proffit of St. Charles skies in a NorAm race at Craigleith in Collingwood, Canada. (Photo by Brad MacMillan/Scottishcaper Photography) 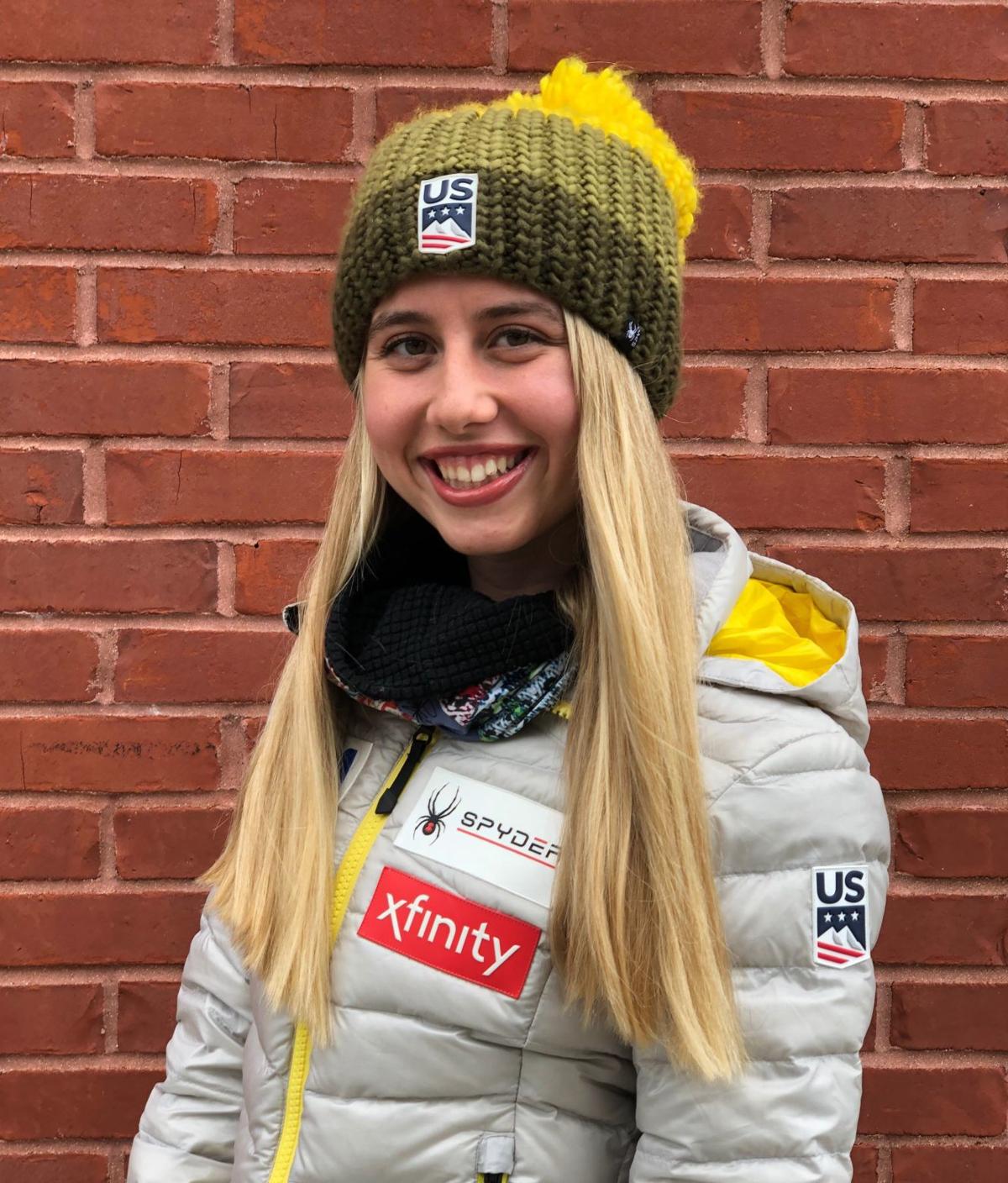 Mugshot of skier Ainsley Proffit of St. Charles, the first skier from St. Louis to reach the U.S. Ski team. No credit 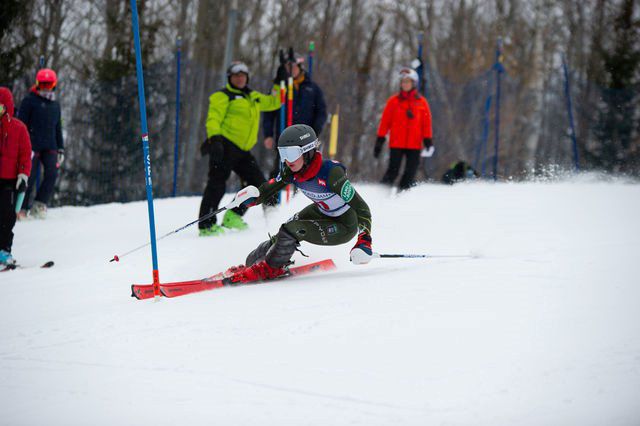 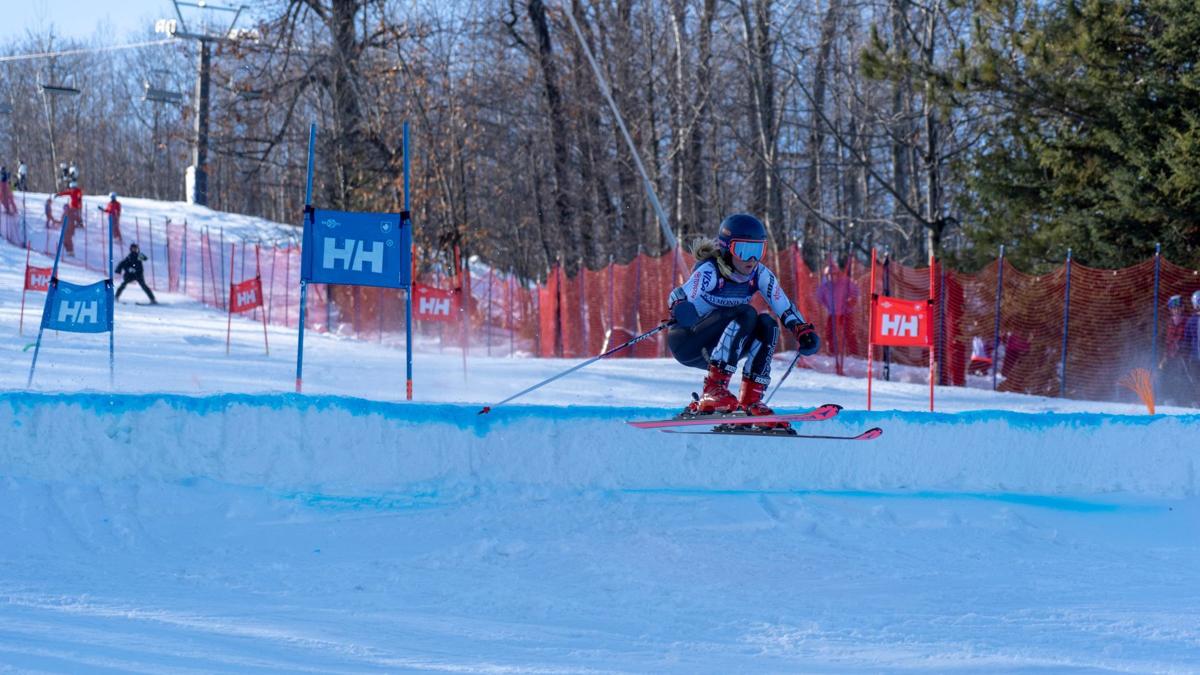 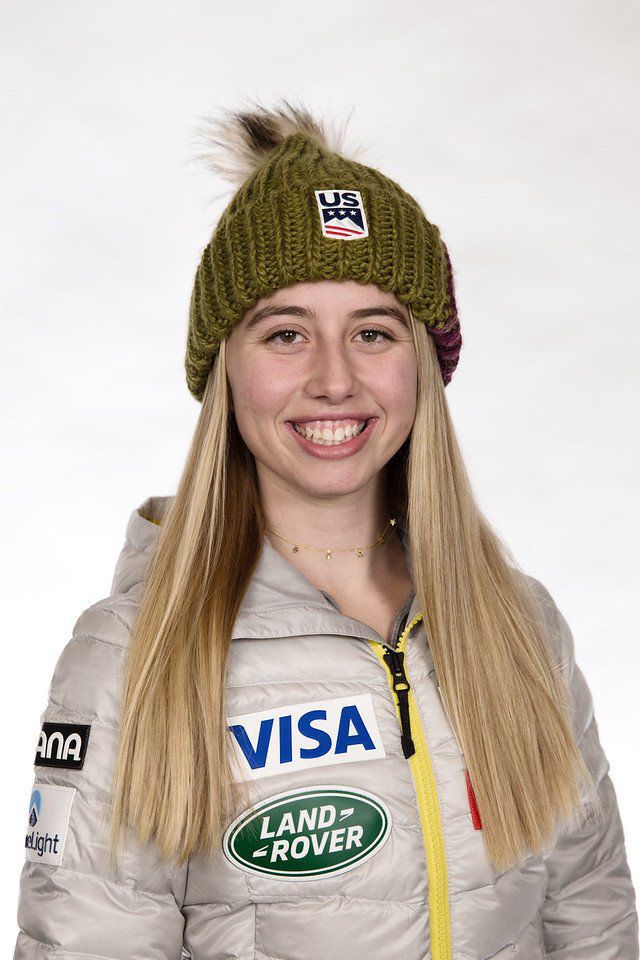 Ainsley Proffit is a member of the U.S. Alpine ski team from Wildwood. Photo courtesy US Ski and Snowboarding Association.

Part of the “Best of St. Louis” series, featuring the region’s top performers in Olympic and recreational sports.

It happens all the time to Ainsley Proffit and her family. People look at her results in a ski race, then they look at where she’s from, and the two things don’t compute. How, they ask, can anyone so good on skis come from Missouri?

“I remember my first year racing out in Colorado,” Proffit recalled. “I came out for Colorado’s end-of-season championships, where all best racers who were 11 or 12 years old all competed, all the best kids in the state. In the first race of the series I got second and one of the moms asked my mom where I was training. Did I go to Austria or Switzerland for special coaching? How was I so good from Missouri? It was me skiing at Hidden Valley every day.”

Missouri, which has a fairly brief ski season and a noticeable scarcity of snow-covered mountains, let alone ski resorts, is one of the more unlikely locations to produce a championship caliber ski racer, but that’s exactly what Proffit, 19, has become. Proffit, from St. Charles, is the first skier from Missouri to make the U.S. alpine ski team and just the second from the state to win an International Ski Federation race, which she did in a slalom on Jan. 22, 2018, in Snowbird, Utah. On a team awash in skiers from Colorado, California and Utah, Profitt stands out.

“They wonder how it all happened for me,” Proffit said by phone from Vail, Colorado, where she was in camp with the national team.

It all started with a family vacation for Proffit when she was 2.

“We put her in ski school at Crystal Mountain, Michigan, when we would go up for the family Christmas vacation,” her mother, Ellen, said. “By the third year, they kicked her out and said there was nothing else they could teach her and that the best thing to do was have her ski with us. There’d be 12 of us, cousins, aunts, uncles, and she was always the first one down the slope. She had no fear. She couldn’t get enough speed on the black diamonds and threw a temper tantrum. It was time to take her to a big mountain. So when she turned 6, on her birthday, we took her to Breckenridge (Colorado).”

“On the bigger mountains, I was in awe,” Proffit said. “It was a whole entirely different world. That was the moment I fell in love with skiing.

“I love to go fast. The wind in your face is so much fun. You can’t replicate it anywhere else. Being on a bike or a motorcycle is not the same. In skiing, it’s just you.”

But those big mountains were in Colorado, and she was in Missouri. Proffit then learned of the ski program at Hidden Valley in Wildwood and that became her home mountain, with her going there right after school and skiing until they turned the lights off. Hidden Valley is tame by the standards of the Colorado slopes, but it was where Proffit began to hone her craft.

“Hidden Valley gave me a great basis in fundamentals for skiing,” said Proffit, who still lives in St. Charles when she’s not chasing the snow, “You need real good technique to be able to ski down the fastest. Strength is important, but without technique, you can’t succeed. It opened up a lot of doors for me and taught me what the next steps were.”

“It’s been 10-plus years now that I’ve known her,” said Brett Borgard, one of her coaches at Hidden Valley, who now works with a club in Vail. “It’s just her positive attitude and work ethic. She always has fun, she’s always smiling, always laughing. That’s hard for someone in our sport not to get down and give up. She’s a fighter, she works hard and wants to be the best at what she does. What I see in her I saw as a young athlete: her dedication to be there early and being the last one off the hill. She’s still like that today. When she was in Europe, skiing with her U.S. teammates, she was out there still skiing and they had left the mountain and forgot her.”

Proffit, however, needed more time on the mountain, unable to keep up with skiers who were skiing eight to 10 months a year when she was doing only two. So starting in the fifth grade, she began relocating to Colorado after Thanksgiving and doing her classwork remotely. Eventually, after her freshman year at Incarnate Word, she moved to Vail full time with her mother and completed her work online while her father, Matt, stayed behind.

Proffit’s victory at Snowbird ranks as a career highlight. She was the youngest racer in a field made up mostly of collegiate skiers. She was third after the first run and, realizing the chance she had, decided on an all-or-nothing approach on the second run. It paid off with a win. That win helped her meet the qualifications for getting an invitation to join the U.S. team, but she’s still got a ways to go.

The U.S. team is broken into four groups, A, B, C and D, and Proffit is only on the D team. The A and B teams have their expenses paid by the federation, so when she has to travel to camps and competitions — and the competitions have taken her to Europe, South America and New Zealand as well as across North America — she’s paying for it. While she has some sponsorships, she’s got to raise money as well.

“I dreamed of being at the Olympics and when I got the call about being on the national team, it was huge,” Proffit said. “It’s pretty incredible. I’m surrounded by women with the same goal. Making it in 2022 is going to be tough, but I’m trying to make that. The average age on the World Cup circuit is 26; I’ll be 21 in 2022.”

“She embraces the fact she’s from St. Louis,” Ellen said. “She has an underdog-type position. She was behind all the other kids which made her even more motivated to train harder. She’s just so passionate about it.”

Tatum reportedly gets big contract with the Celtics

NBA notebook: Deal for Chaminade product is said to be worth as much as $195 million.

In 2019, pitching for Springfield, Rondon was the Texas League earned run champion with a 3.21 ERA in 20 starts.

VanVleet agrees to a four-year, $85 million contract to remain with the Toronto Raptors.

Ainsley Proffit of St. Charles skies in a NorAm race at Craigleith in Collingwood, Canada. (Photo by Brad MacMillan/Scottishcaper Photography)

Mugshot of skier Ainsley Proffit of St. Charles, the first skier from St. Louis to reach the U.S. Ski team. No credit

Ainsley Proffit is a member of the U.S. Alpine ski team from Wildwood. Photo courtesy US Ski and Snowboarding Association.