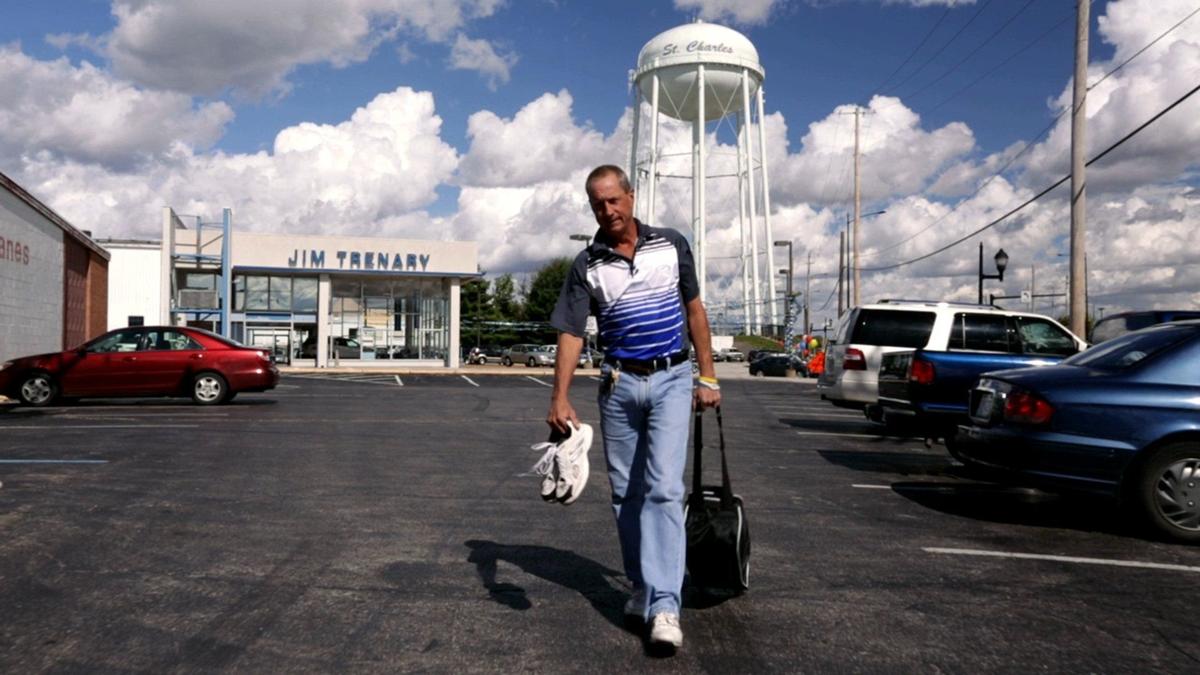 St. Louisan Pete Weber heads into St. Charles Lanes, as shown in the upcoming ESPN documentary on his career. 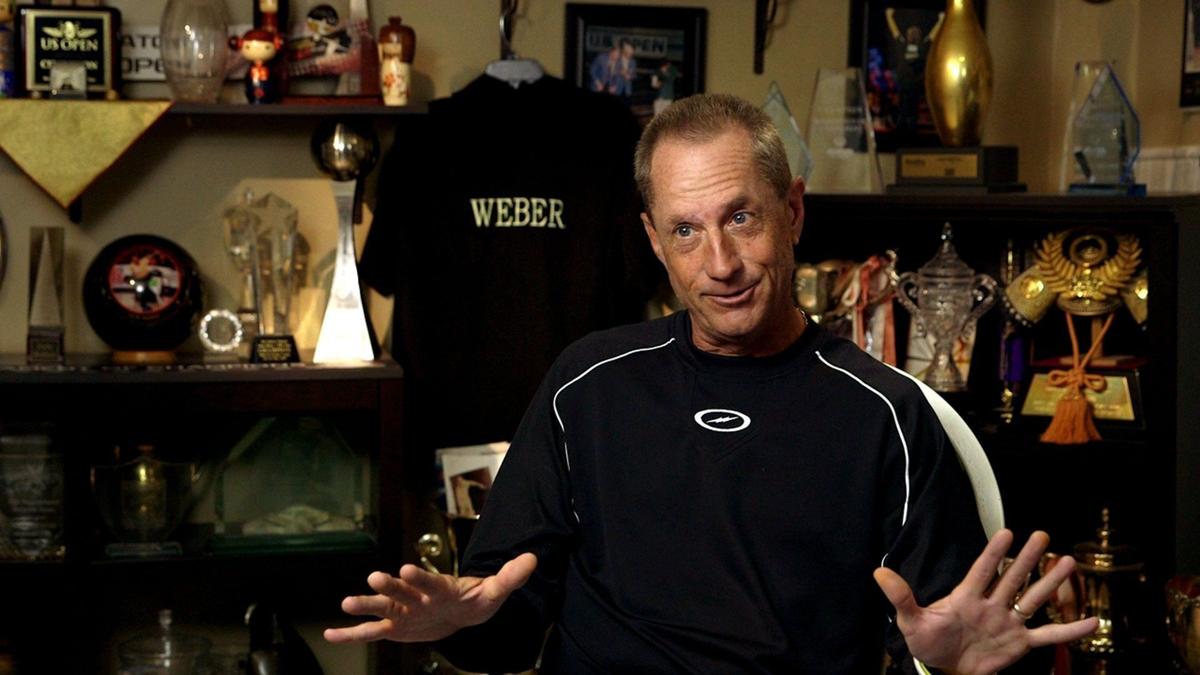 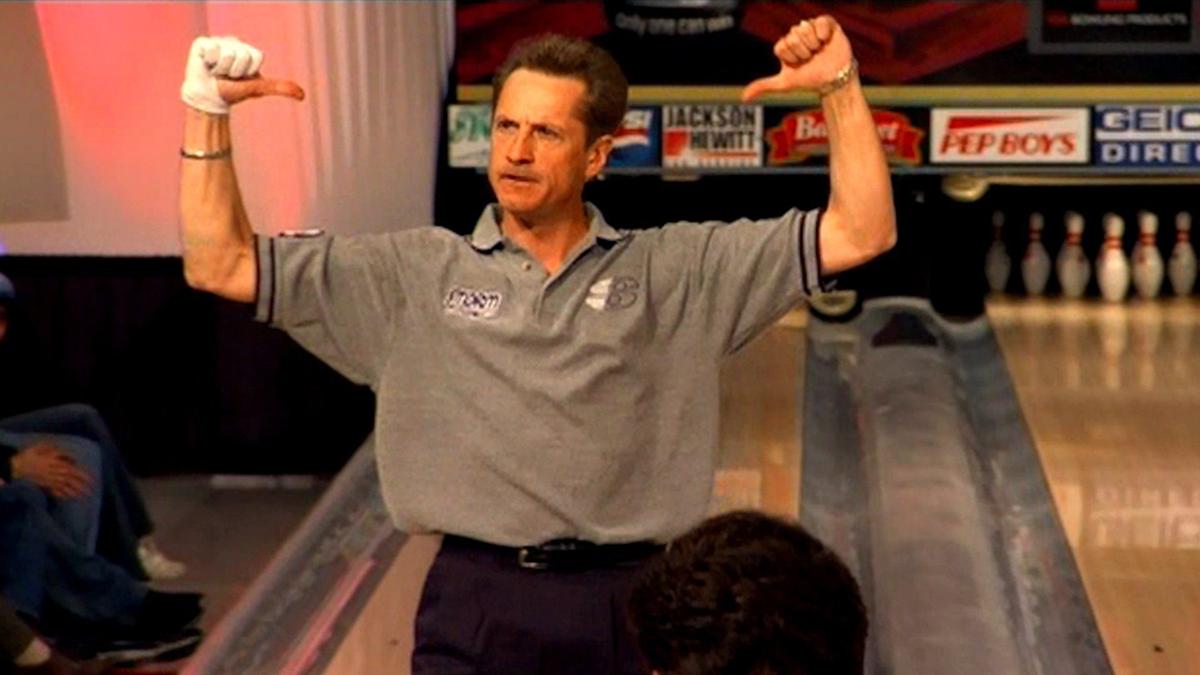 St. Louisan Pete Weber was the subject of an ESPN documentary titled “The Bad Boy of Bowling."

At age 53, Pete Weber admits to having matured — to a point.

“Maybe away from the lanes, I’ve grown up in some ways,” the Professional Bowling Association Hall of Famer said in a phone interview earlier this week from the PBA50 Treasure Island & Casino Championships in Welch, Minn. “But I’m still the same guy, especially on the lanes. I’m still feisty and emotional, so everyone knows what to expect. When I’m on the lanes, I’m doing what it takes to win because that’s how I get paid. That’s my job.”

The subject of an ESPN 30 for 30 earlier this year titled “The Bad Boy of Bowling,” Weber has become known as much for his brash, trash-talking style as for his superior bowling ability. And he makes no apologies for it.

“I’ve never cared what other people thought about me,” he said. “I haven’t changed my attitude, my approach to the game one bit. I’m very emotional out there; nothing I do is planned or rehearsed. When I react, it’s a spur-of-the-moment thing. I like to show my emotion, and I think that helps keep me loose.”

Loose enough that he entered this week having won five of his last six tournaments.

“Everything just seems to be going my way, getting the breaks at the right time,” said Weber, who reached the stepladder finals in two PBA50 events Friday but failed to keep his winning streak going. “It’s like a golfer or a ballplayer who gets on a roll. I’m striking more than the other guys right now and trying to stay as focused as I can. Streaks like this don’t happen that often, but it feels really good and I’m just trying to ride it as long as I can.

“You know what they say about paybacks, right?”

One of a handful of PBA Hall of Famers who compete — and challenge for titles — on both the PBA50 and regular PBA tour, Weber is the reigning PBA50 player of the year and, thanks to his strong start, a good bet to repeat. He has nine PBA50 titles to go along with 37 championships on the PBA Tour, a number that ranks fourth all-time.

Weber has won the U.S. Open a record five times and also has a pair of Senior Open wins. He and the late Earl Anthony are tied for the most PBA Tour major titles (10).

Growing up in the shadow of his father, the late Dick Weber, a bowling legend and true ambassador of the sport until his death in 2005, Pete said he felt pressure early in his career.

“I think other people expected me to be like Dad, and that was never going to happen,” Pete said. “But Dad liked what I did and he always supported me. Everything I do now, I know he’s watching, and he’s loving it.”

After dropping out of high school and getting his GED, the younger Weber joined the PBA in 1979 at age 17 after his father petitioned the PBA to lower the age from 18.

“I hated school,” he said. “But now I tell kids to go to college to make sure they have something to fall back on. I really didn’t have a backup plan, but thank God, I never needed one.”

Weber was the PBA rookie of the year in 1980 and picked up his first two tour wins in 1982. By age 26, he had captured the PBA “triple crown” with PBA National Championship, U.S. Open and Tournament of Champions crowns.

For all his professional success, Weber struggled in his personal life, mainly because of alcohol and drugs. He went without a title from 1994-96 and had several run-ins with PBA officials.

In 2000, when the struggling PBA was sold to three ex-Microsoft executives, Weber was serving a six-month suspension given by the previous PBA leadership for behavior related to his drinking. The new ownership group welcomed Weber back and saw his flashy and somewhat controversial style as something that could help marketing and draw attention to the sport.

“I’m pretty sure if you watch somebody walk up, throw the ball and then go back and sit down over and over, you’re not going to want to watch bowling very much,” he said. “With me, the emotion’s there and it’s going to come out. Otherwise, it’s just going to build and build and that’s only going to make it worse.”

The key factor in Weber’s turnaround was the marriage to his wife, Tracy, in 1979. The couple have three adult children and five grandchildren.

“Tracy is the best thing that ever happened to me,” said Weber, who has lived in St. Ann for 23 years. “She keeps me focused and keeps me loose. She doesn’t put any pressure on me and she doesn’t get mad when I don’t bowl good. As long as she’s happy, I’m happy.”

And make no mistake, Weber is enjoying life these days.

“I’m having a blast,” he said. “The guys (on the tour) are great to be around . I’m bowling good, making money at it and I still feel like I can win. As long as I feel like I have a chance to win, I’ll stay with it. But when bowling starts feeling like a job, that’s when I’ll know it’ll be time to start thinking about finding something else to do.”

Guard is doubtful for the Illini's game Friday night against Rio Grand Valley.

Salukis will play at North Dakota State next Saturday.

Illini are still playing for a lot in regular-season finale

Beating Northwestern for the first time since 2014 is one goal, possibly getting a bowl game is another one.

Illini are battling the flu as Notre Dame looms

Underwood has 'no clue' about who will be available for game Monday night.

Cockburn has career night to lead Illini at home

"I just wanted to spank you," Koepka says.

St. Louisan Pete Weber heads into St. Charles Lanes, as shown in the upcoming ESPN documentary on his career.

St. Louisan Pete Weber was the subject of an ESPN documentary titled “The Bad Boy of Bowling."