Best of St. Louis: The torch of rugby in St. Louis is carried by two players, young and old
0 comments
Share this
{{featured_button_text}}
1 of 4 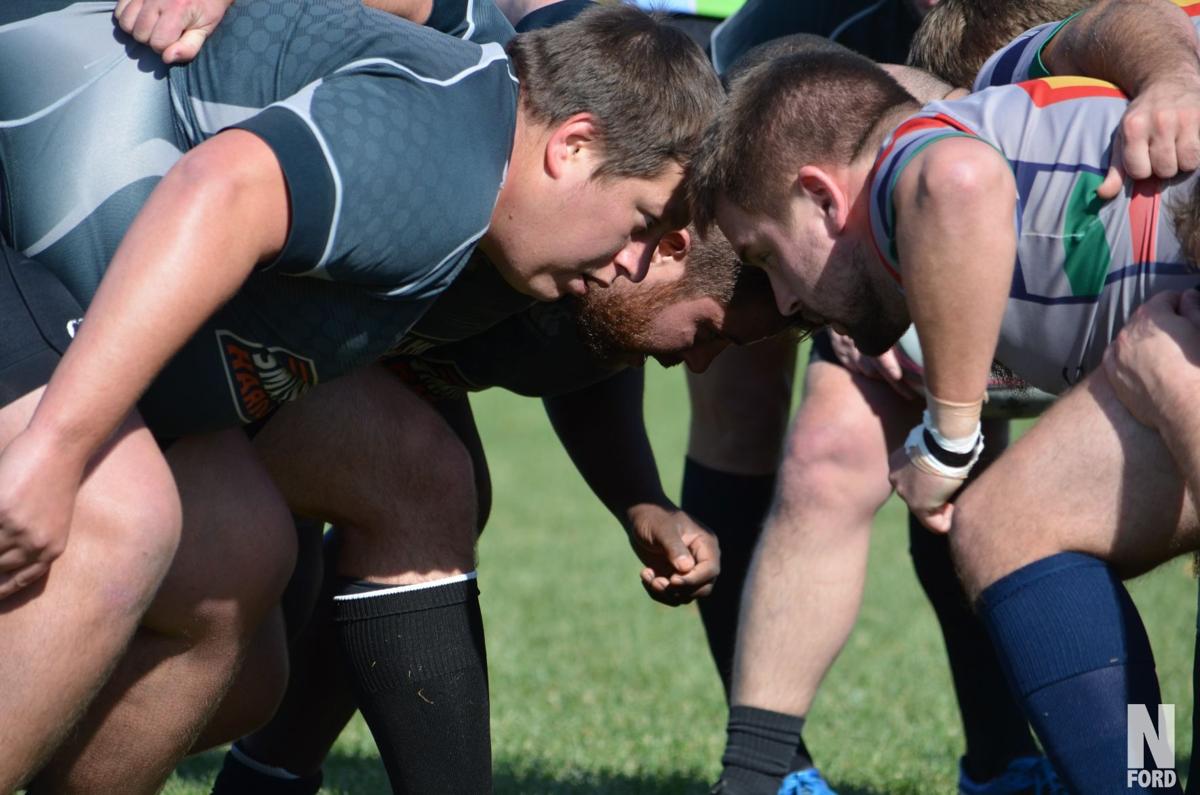 Rugby player Corey Harmann (left) of the St. Louis Bombers lines up in a scrum against Metropolis of Minneapolis in November 2019. (Neal Ford photo) 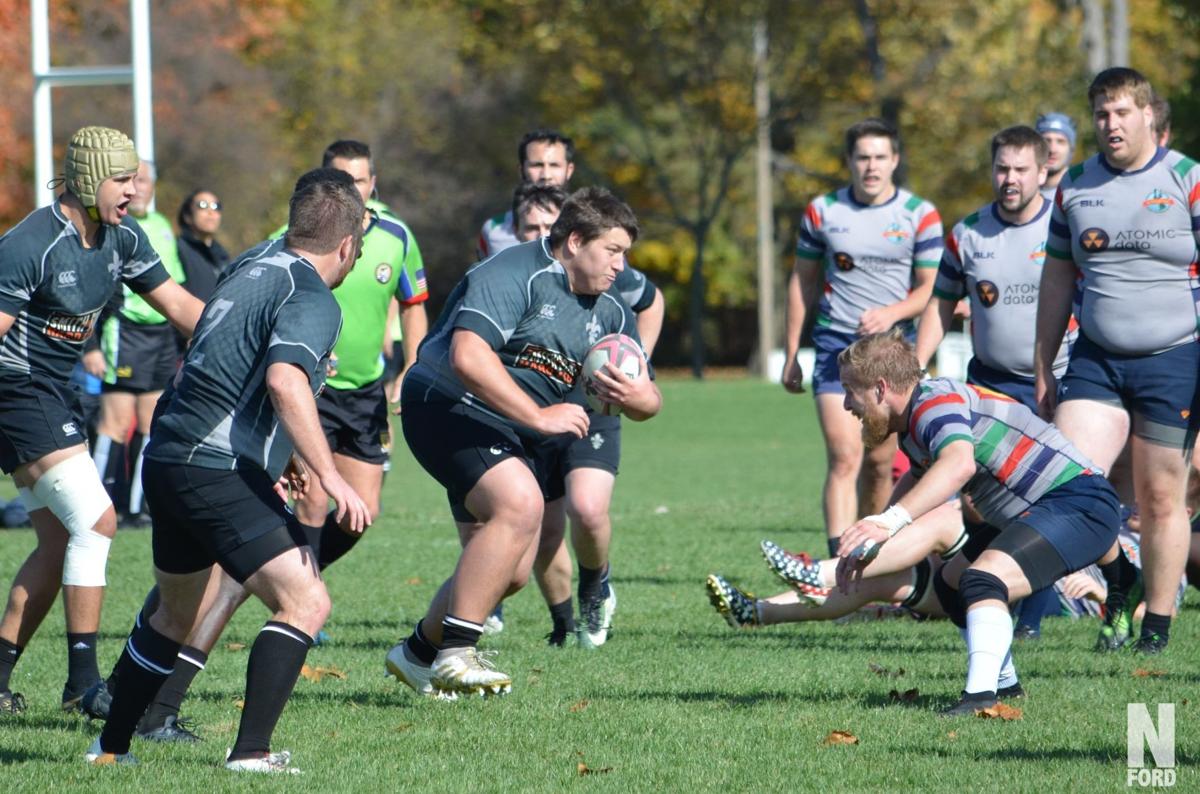 Corey Harmann of the St. Louis Bombers rugby team carries the ball in a match against Metropolis of Minneapolis in November 2019. (Neal Ford photo) 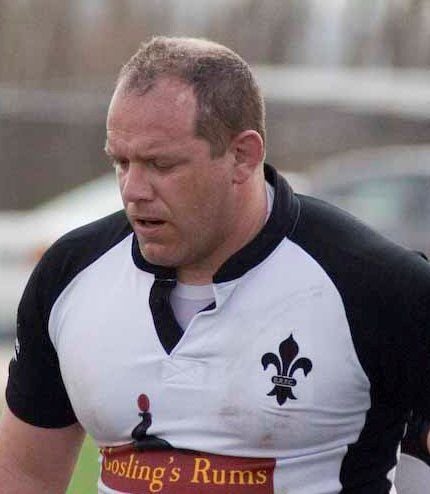 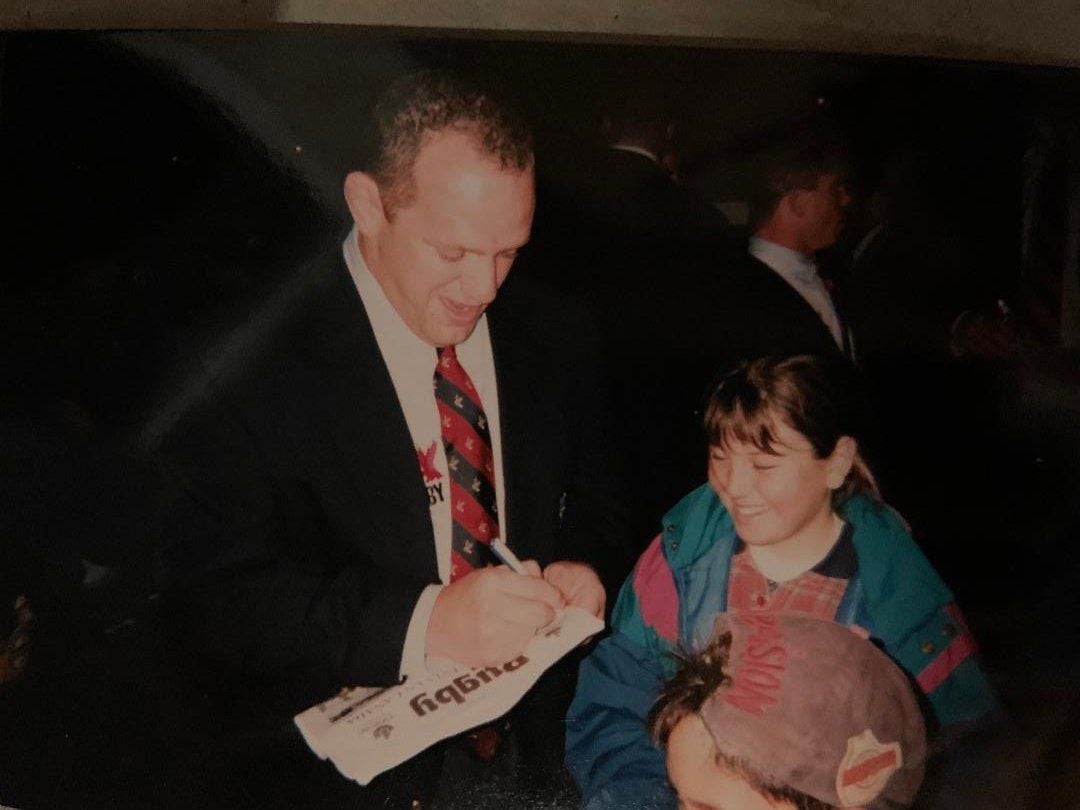 Rugby players might not get much notice in America. But St. Louisan John McBride, playing for the U.S. national team — the Eagles — signs an autograph after a match in Argentina in 1998. (George Suchar photo)

(Part of the “Best of St. Louis” series, featuring the region’s top performers in Olympic and recreational sports.)

Anyone who has been around rugby in St. Louis over the past quarter century has a story about John McBride, the pre-eminent player to come out of the region, only some of which are suitable for public consumption. Corey Harmann was in high school and part of St. Louis Bombers rugby academy, a program to get kids into the game, when he saw McBride do something that sticks with him eight years later.

Harmann and his teammates had accompanied the Bombers on a trip to Little Rock, Ark., for a match. McBride, a tight head prop, was a master of scrums, the close-quarters battles that are used to restart plays after a stoppage. That day, McBride pressed an opposing player so hard against a teammate that the player shot up in the air, like a wet bar of soap.

“He was lifted in the air, like three or four feet,” Harmann said. “He was sitting on top of a teammate’s shoulders. I think there are some rules around that now. But in the fall of 2012, that was fair game.”

McBride is 51 now and retired from rugby, but to some he still might be as good as anyone around here.

“No doubt about it,” said Ron Laszewski, a major figure in the sport in St. Louis who once played professionally in New Zealand. “He has two fake knees and, honestly, he could go out there and destroy any prop in town and laugh about it.”

“He could go out there today and still destroy me,” agreed Harmann, who is 25. “From a scrummaging standpoint, he’s still scrummaging at a high level.”

Added McBride: “Corey’s a good player. I can’t think of anyone who’s a better player in St. Louis.”

Harmann might not be a match for McBride, who made 13 appearances with the U.S. national team — the Eagles (no small accomplishment since most of the top American players live on the coasts). He also represented the country around the world in major international competitions. (The man has been to Tonga.) And therein lies one of the things that could keep Harmann from achieving some of the things McBride did: The rest of his life.

To have the career he had, McBride put much of his life on hold. In addition to regular practices with the Bombers, his national team responsibilities would have him have to be gone from his job for months at a time. When he decided to retire as a player, he said his wife was happy to hear that.

“It takes a lot of time to be good at that level,” McBride said. “If you make the U.S. team, you’re gone for months. At the time, the guy I worked for, he basically took care of me. I took leave, and sometimes I’d take all my vacation time to travel with the team for a couple months, sometimes three months. I was lucky to have good people to work for that allowed me to do my training.”

Harmann plays tight or loose head prop (those are rugby positions) for the Bombers and is an IT analyst (that’s not a rugby position) with World Wide Technology the rest of the time. Coming out of college at Lindenwood, whose rugby program has been instrumental in keeping the level of play high in St. Louis, he had an offer to play professionally in Major League Rugby, a fairly young American professional league.

“That was a goal of mine for a while,” he said, “but I think that I’m going more down my other career path at this point. I’m a volunteer assistant coach at Lindenwood, two, three days a week, helping. That’s more the path I’d like to take. I have goals set, and unfortunately, playing rugby as a career won’t move those goals.”

Harmann took up rugby when he was at Parkway South High. He played football there but once he was exposed to rugby thanks to an exchange student living with his family, Harmann was hooked. He played with the Parkway United club, then got a scholarship to play at Lindenwood, then joined the Bombers.

“He’s definitely a strong player,” Bombers coach John Watson said. “I started coaching him with Parkway United years ago. Where he was dominating at the college level; at the Division I men’s level, he’s one of the top players within the division. He’s definitely a dominating tight head prop. The top three things a prop needs to have, first typically is scrummaging, the second would be lifting for lineouts, and the third is work rate, how they get around the field. For a big man, he has great field vision. He runs lines to put himself in the proper place for the proper time to make an impact.”

While Harmann going from football to rugby seems typical, Watson thinks McBride’s background as a state champion wrestler at Wentzville was instrumental in his success. After graduating from Lindenwood, where he wrestled and played football, he had a job with Venture that briefly sent him to Oklahoma City, where he saw a sign looking for rugby players and signed up. He kept playing when he returned to St. Louis.

“He was a legend,” said Laszewski, who coached the Bombers and Lindenwood, leading them to the national Division II championship in the program’s first season, 2012. “He came up to me and said he had moved to town and wanted to play and I said, ‘You’ll do fine, come with me.’ He led by example. He was one of the best to coach. He took care of business. If someone was getting a little cheap, he allowed the other guys to concentrate on rugby. Within 20 minutes, some part of them would be hurting. And he was very good at his position. He was a natural for rugby.”

“Rugby is very physical, and I enjoyed that piece of the game,” said McBride, now a loss management specialist. “The best part is the friends I made. It’s a very social sport. It’s not like football. Afterward, you have beers with the other team, have dinner. We played Ireland, we all met at a bar afterward and these were famous Irish players that you see on TV all the time. From the international level to club, it’s a social sport.”

That is one of the reasons Harmann wants to keep playing at the club level with the Bombers. He’s 25, hasn’t had any major injuries and loves the people and the game.

“I think I’ll play till I can no longer compete at the highest level in St. Louis,” Harmann said. “At least I’d like to.”

It will be a matter of balancing work and play.

Meet some of the St. Louis area's best athletes

Digest: NBCSN plans to go off the air in December

The NHL's contract with NBC expires after this season and the league has talked of splitting its rights to multiple outlets.

Michael Chandler has reached the top. Now he’s anxious to prove he belongs there.

The coronavirus pandemic forced the NCAA to move the entire 67-game tournament to Indiana.

Rugby player Corey Harmann (left) of the St. Louis Bombers lines up in a scrum against Metropolis of Minneapolis in November 2019. (Neal Ford photo)

Corey Harmann of the St. Louis Bombers rugby team carries the ball in a match against Metropolis of Minneapolis in November 2019. (Neal Ford photo)

Rugby players might not get much notice in America. But St. Louisan John McBride, playing for the U.S. national team — the Eagles — signs an autograph after a match in Argentina in 1998. (George Suchar photo)