The greatest soccer player of all time had scored 1,268 goals over his illustrious career when the New York Cosmos faced the St. Louis Stars on June 23, 1977. But with tenacious marking from Bob O'Leary and Roger Verdi and acrobatic goaltending by John Jackson, the Stars kept the incomparable Pelé and the rest of the Cosmos off the scoreboard in a 2-0 victory. Among his three shots, Pelé sent a header over the net and fired wide on a free kick. His frustration showed with 5 minutes to play when he literally tackled the Stars' Al Trost from behind.

"He should have had a caution for that but I guess because it was Pele' the referee decided to let it go," Trost said.

After the game, Pelé raced over to Jackson and shook his hand. Pelé, then 37, retired at the end of the '77 season with his Cosmos winning the NASL title. The crowd of 32,605 at Busch Stadium was the largest to see a professional soccer game in St. Louis.

This moment was one of the greatest in St. Louis sports. See the others.

Soccer in St. Louis has a rich history

Soccer in St. Louis has a storied history that will continue with the debut of an MLS expansion team in 2023. 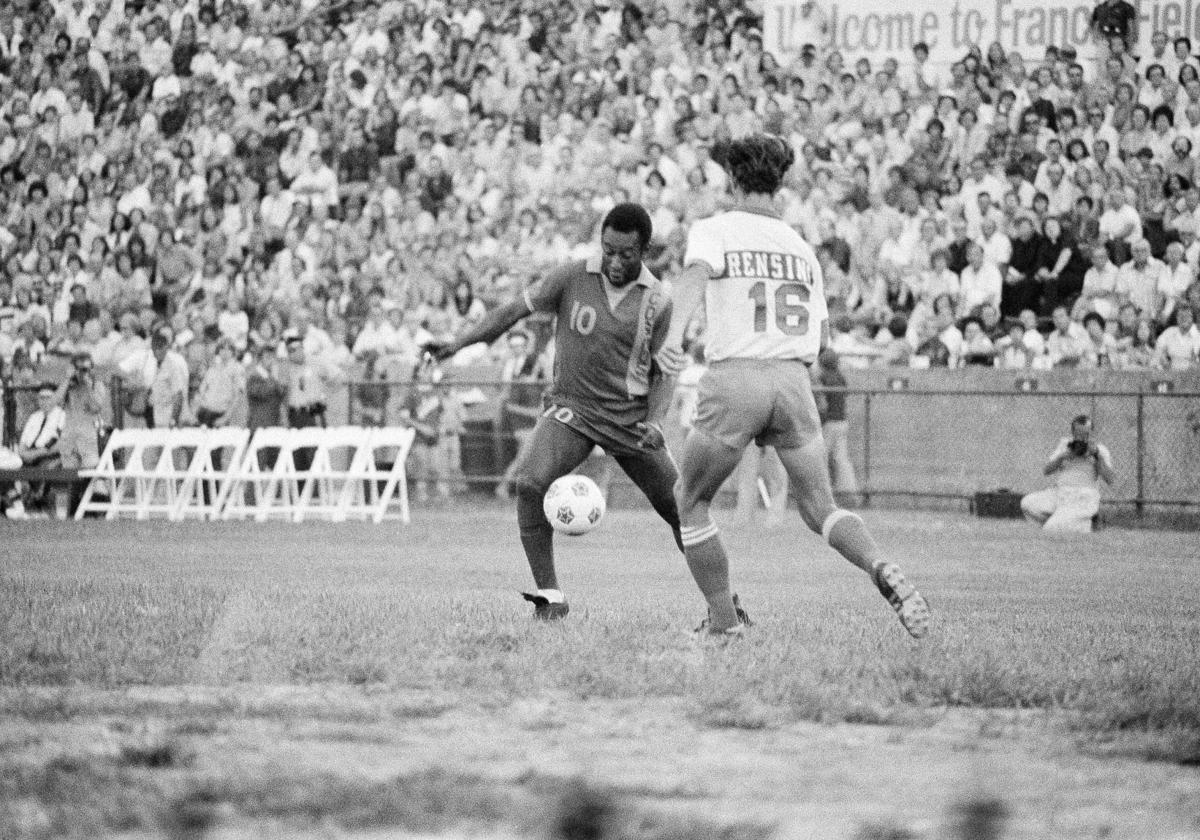 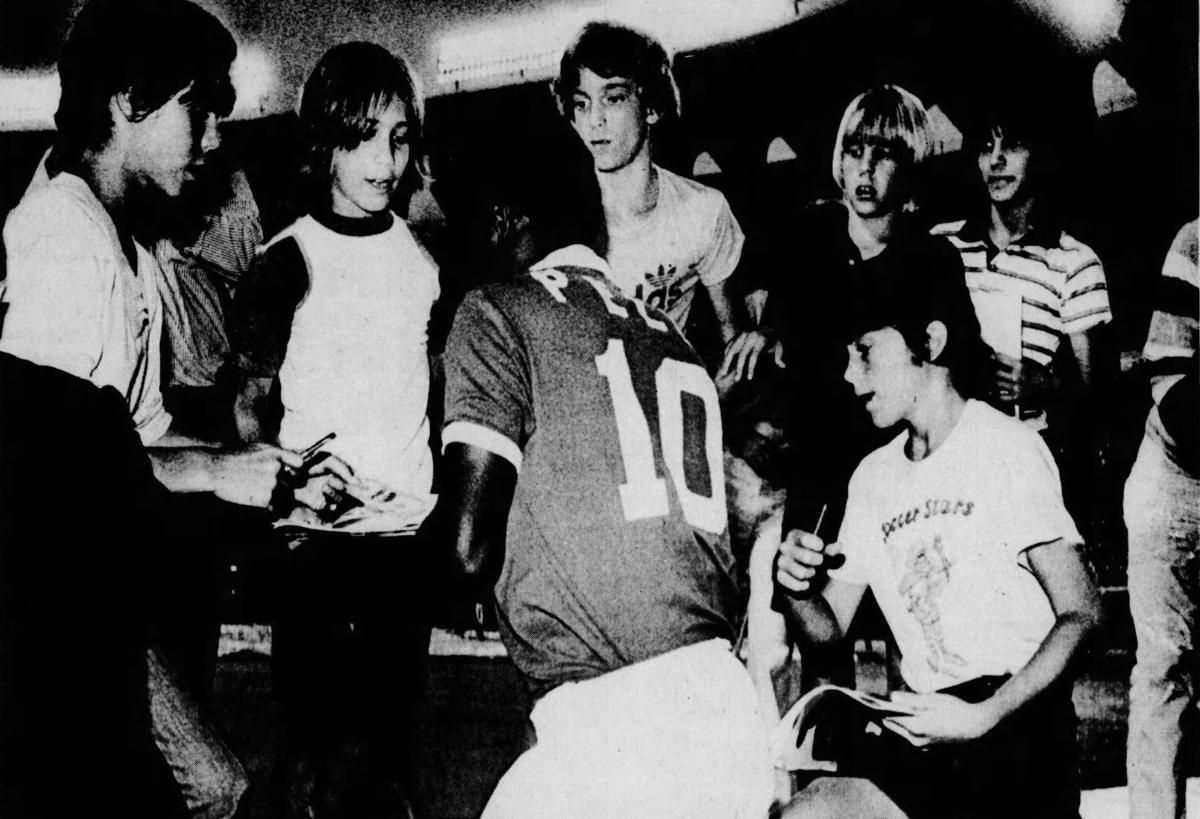 Pele signs autographs for fans during an appearance at Busch Stadium in June, 1977. 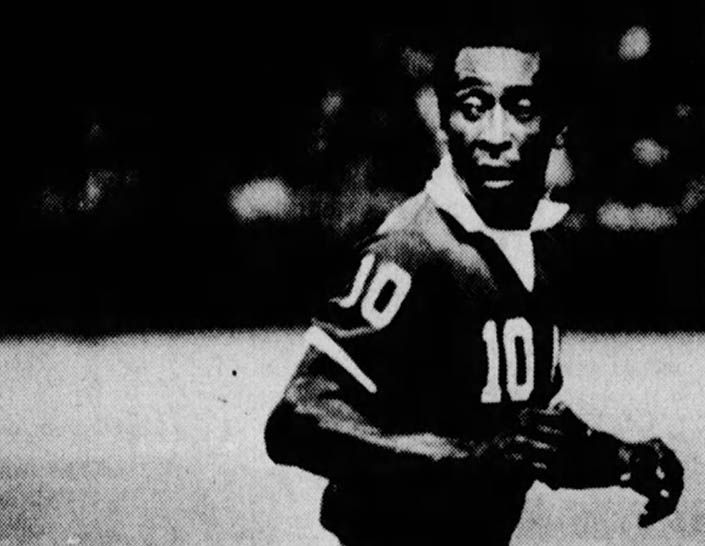 Soccer star Pele looks over his shoulder during a farewell match at Busch Stadium in 1977. Karen Elshout/St. Louis Post-Dispatch.